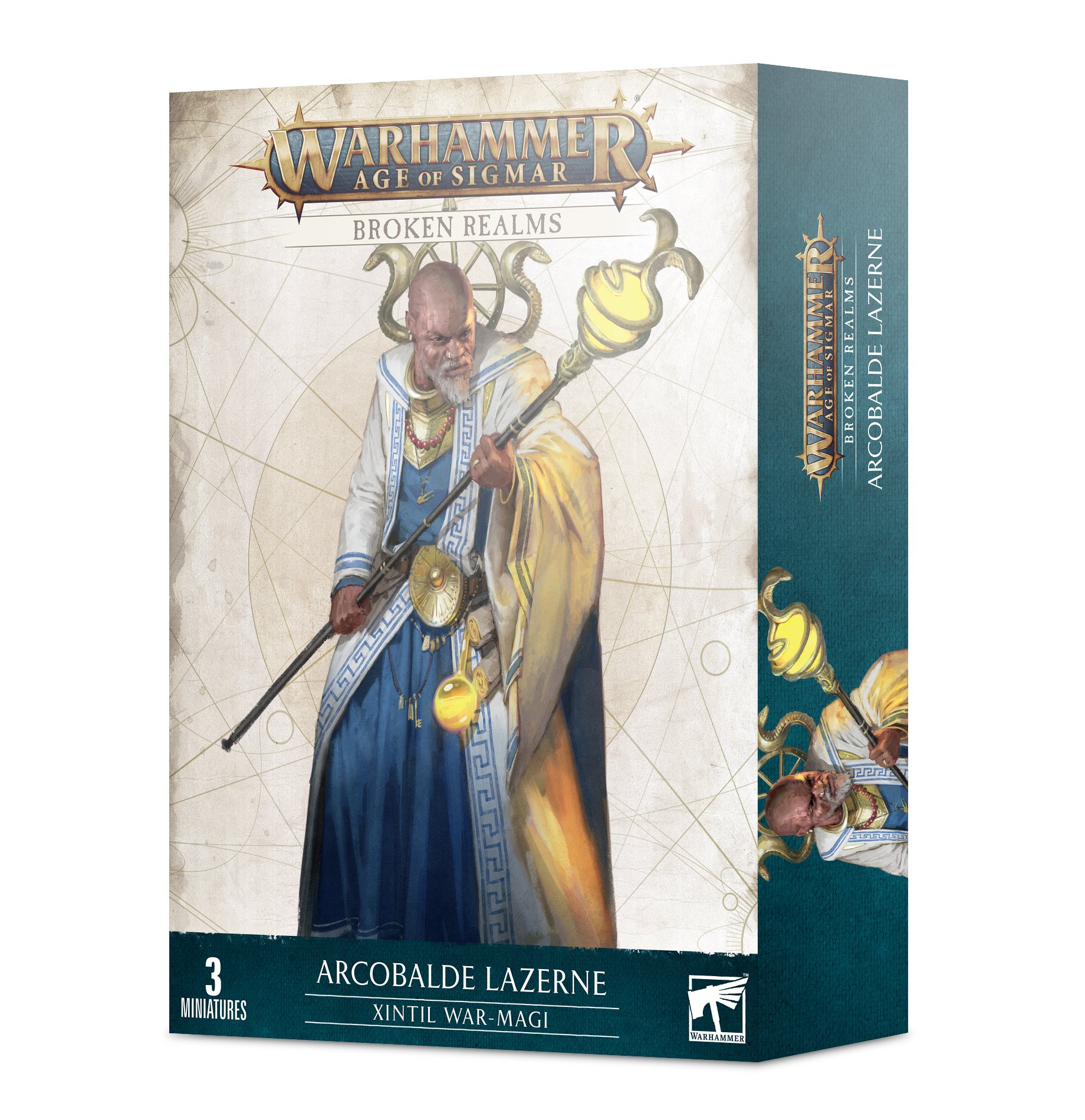 An air of eccentric jubilation fills the air as Xintil’s finest battle wizards bring their creations to the front line. The visionary Hyshian mage Arcobalde Lazerne leads the way, using his Luminark, Beacon of Intellect, to protect his comrades and send beams of intense Hyshian energy burning into the ranks of his adversaries.

Harness mystical energy with this warscroll battalion in a box. You'll get a pair of powerful Free Cities engines of war and a versatile Battlemage. Combine the models in the set with the rules found in Broken Realms: Teclis and they become Arcobalde Lazerne of Settler's Gain, who marches to war alongside a Celestial Hurricanum and an empowered Luminark of Hysh he customised himself. This box also saves you money compared to getting the models separately!

This set is supplied in 216 plastic components and comes with 2x Citadel 25mm Round Bases and 2x 120mm Oval Bases.