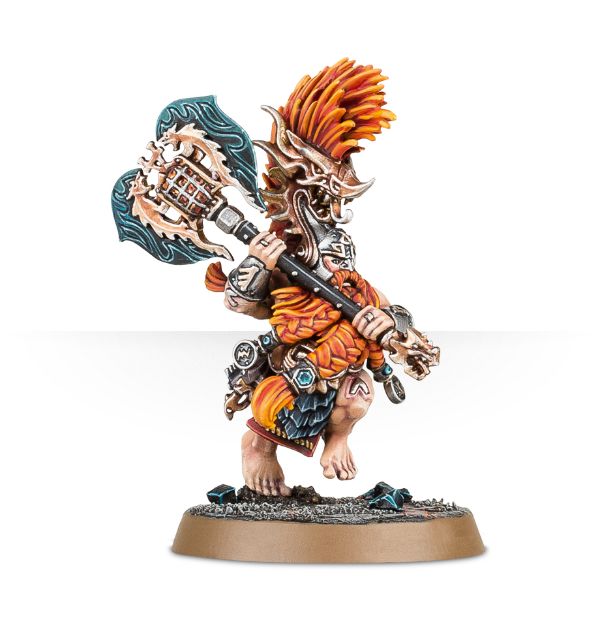 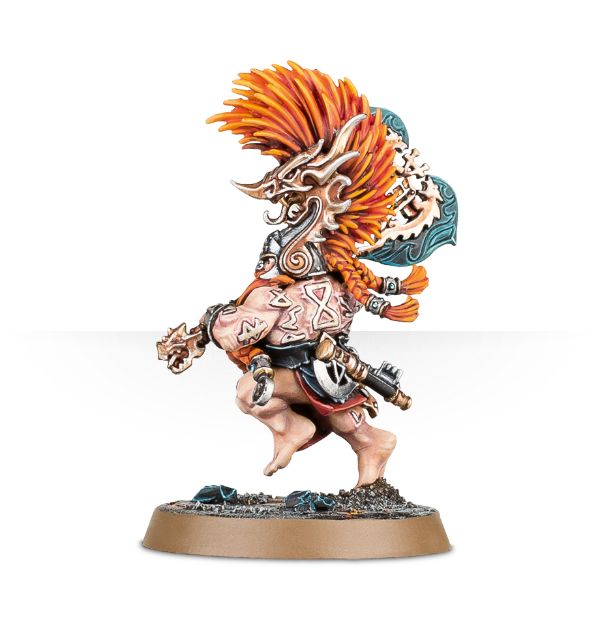 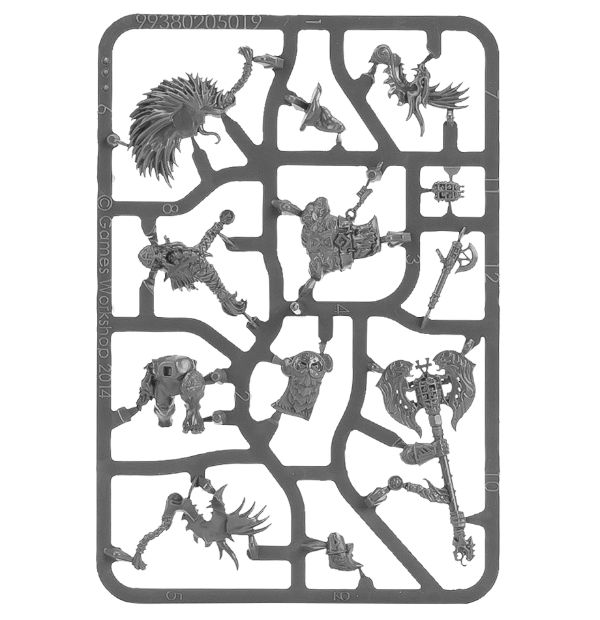 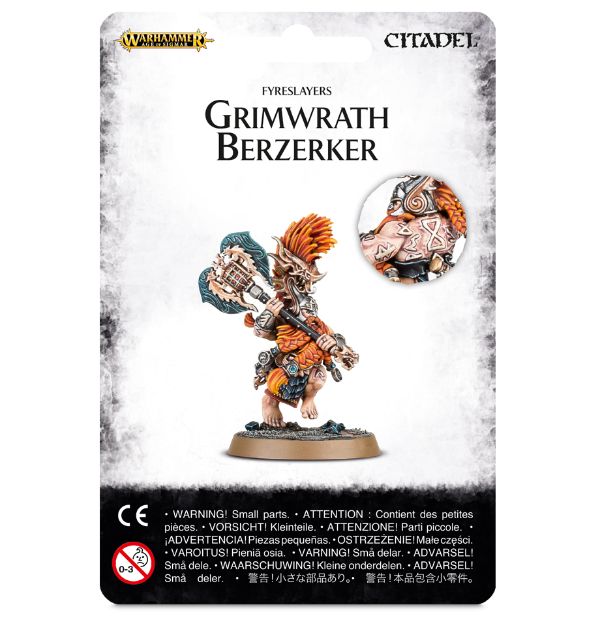 The strongest and most skilful warriors of their lodges - no small feat amongst the Fyreslayers - Grimwrath Berzerkers are the fury of Grimnir given form. Not content to have a mere few ur-gold runes hammered into their flesh, these stubborn champions of battle are covered in dozens of these powerful artefacts, awakening the spirit of Grimnir within them and giving them a merciless determination equal to their incredible strength. This furious spirit extends far beyond mere anger - legends tell of Grimwrath Berzerkers fighting on after suffering wounds that would bring down the largest Daemon, expiring only when the battlefield was clear of enemies and their mission complete.

This multi-part plastic kit contains all the components necessary to build one single-pose Grimwrath Berzerker, unstoppable warrior of the Fyreslayer lodges. Armed with a fyrestorm greataxe and fyresteel throwing axes, he cuts an imposing figure with his huge mohawk and skin adorned with numerous ur-gold runes - he also features the biggest beard of any Fyreslayer! Twelve components in total, includes a Citadel 32mm Round base.