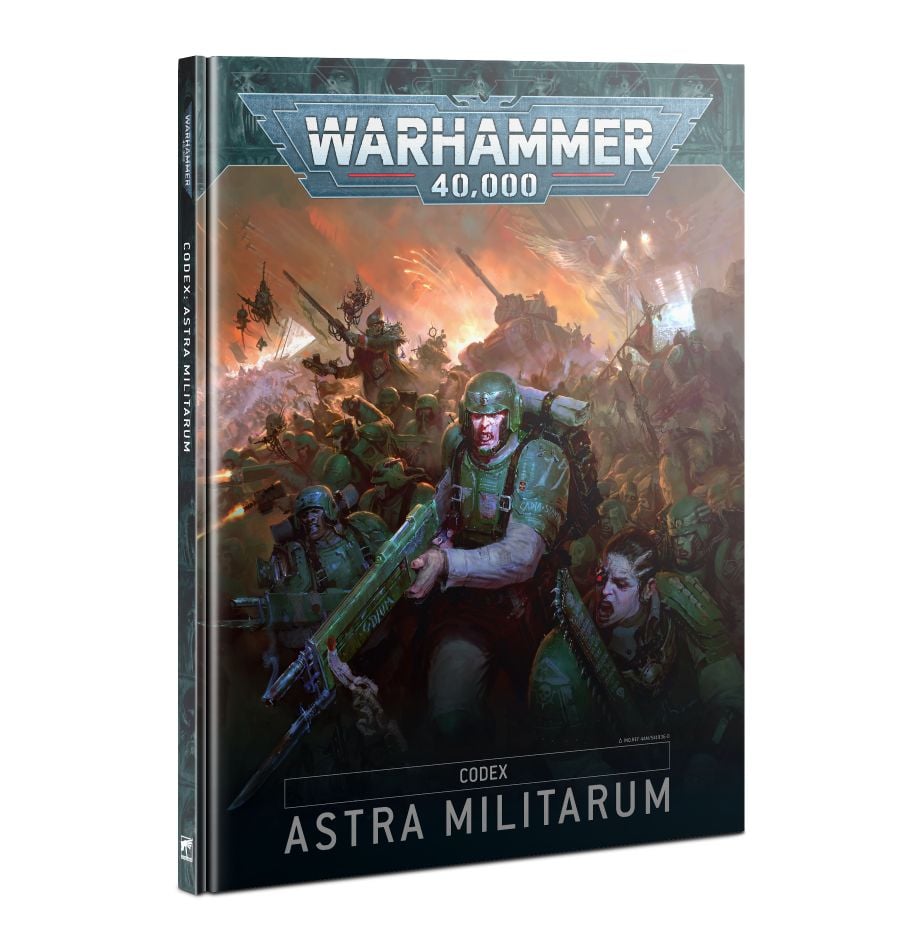 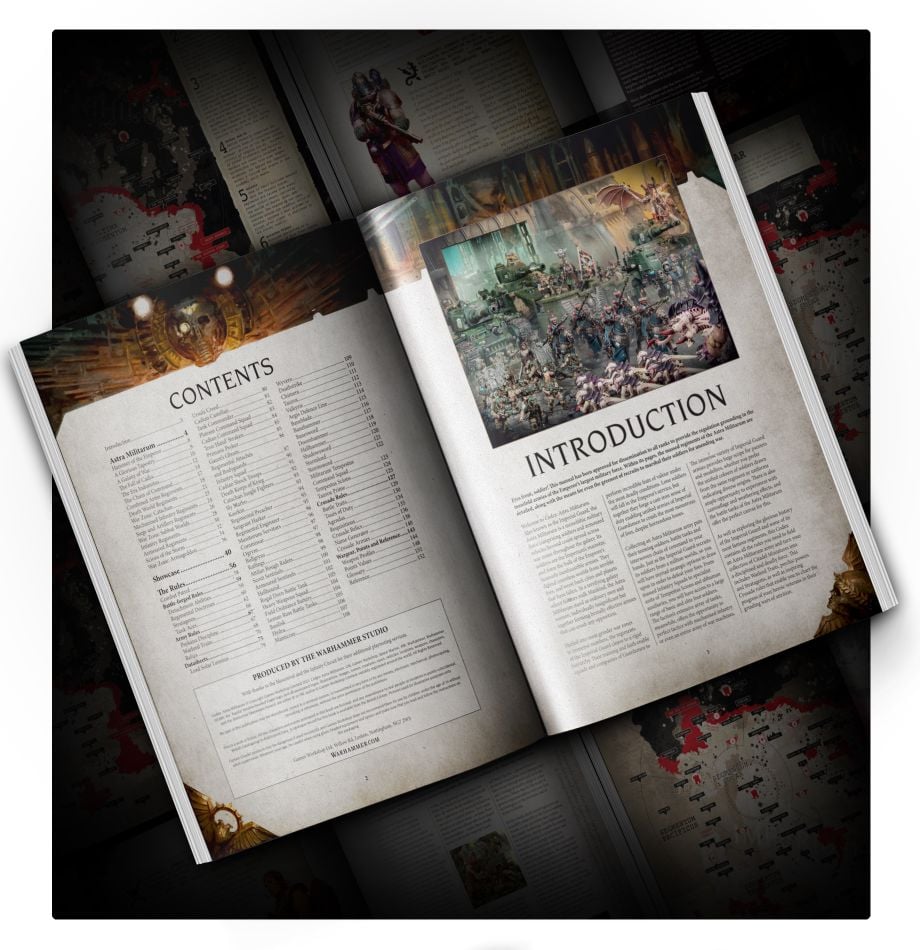 The Astra Militarum is the largest cohesive fighting force in the galaxy. Fed by a constant tithe of soldiers raised from hundreds of thousand of worlds, its regiments form the vast bulk of Humanity's martial power. On countless worlds, the mortal soldiers of the Astra Militarum march in their billions to war, lasguns and bayonets readied to face any foe.

Batteries of heavy artillery fling innumerable tons of ordnance at the oncoming enemy, spearheads of heavily armoured tanks grind forward unstoppably, cannons roaring, cavalry squadrons mount swift counter-charges on the flanks, while squads of elite operatives descend from gunships on missions of vital importance. Meanwhile, officers add their shouted orders to the great cacophony of war, exhorting their troops to fight all the harder. Wielded with the appropriate will, the Astra Militarum will pulverise whatever stands between them and victory.

This book is an essential guide for aspiring generals of the Astra Militarum. Inside these pages, you’ll find all the rules you need to play an Imperial Guard army – including its many subdivisions and legendary regiments – along with a long honour roll and history of duty and sacrifice, epic art that conveys the incredible scale of these armies, and loads more.

Inside this 152-page hardback book, you'll find:
– In-depth background information revealing the history, military practices, and most renowned regiments of the Astra Militarum
– Stunning artwork highlighting the bewildering variety and vast scope of the Imperial Guard’s endless armies
– All the rules you need to play an Astra Militarum army, including 51 datasheets for everything from footslogging Cadian Shock Troops to the mighty Rogal Dorn Battle Tank, as well as 18 different Orders, customisable Regimental Doctrines, Tank Ace upgrades, Stratagems, and more
– Rules for Crusade campaigns and narrative games that allow you to embark on tours of duty and win official commendations
– An 'Eavy Metal showcase featuring superbly-painted Citadel miniatures, demonstrating the many famous regiments of the Imperial Guard

With this book, you will also receive a code to unlock Codex: Astra Militarum content in Warhammer 40,000: The App.