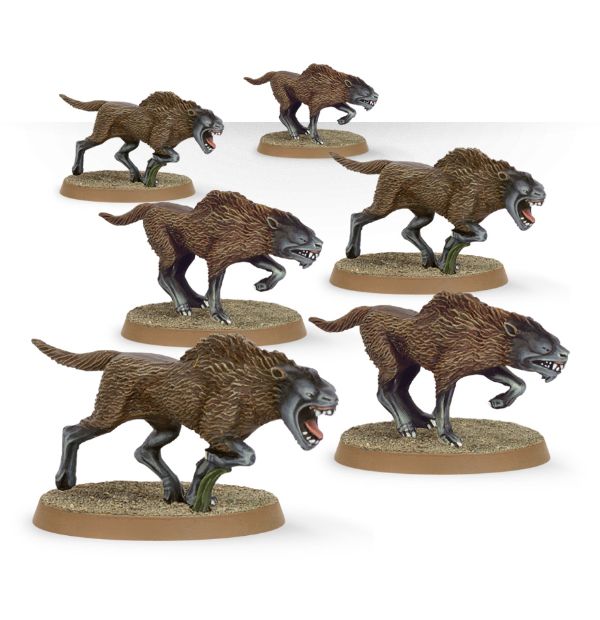 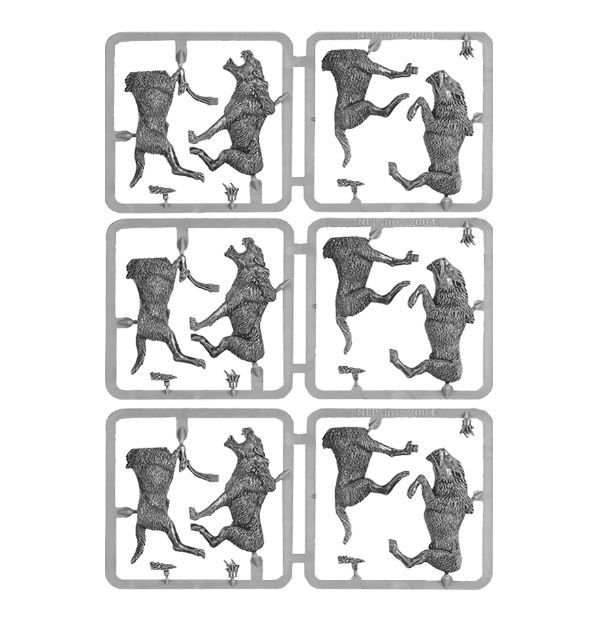 Ferocious wolf-like creatures that have found mutual cause with the vassals of the Dark Lord, Wargs are comparable in size to a horse and many times more dangerous than an ordinary wolf. Swift, agile and deadly, Wargs hunt in packs, usually led by a powerful Warg Chieftain. When the minions of the Dark Lord go to war, they often seek the assistance of such Warg packs, whose natural ferocity and speed makes them valuable additions to an army or warband.

This set contains six plastic Wargs, including three each of two variant designs. Also supplied are six 40mm round bases.