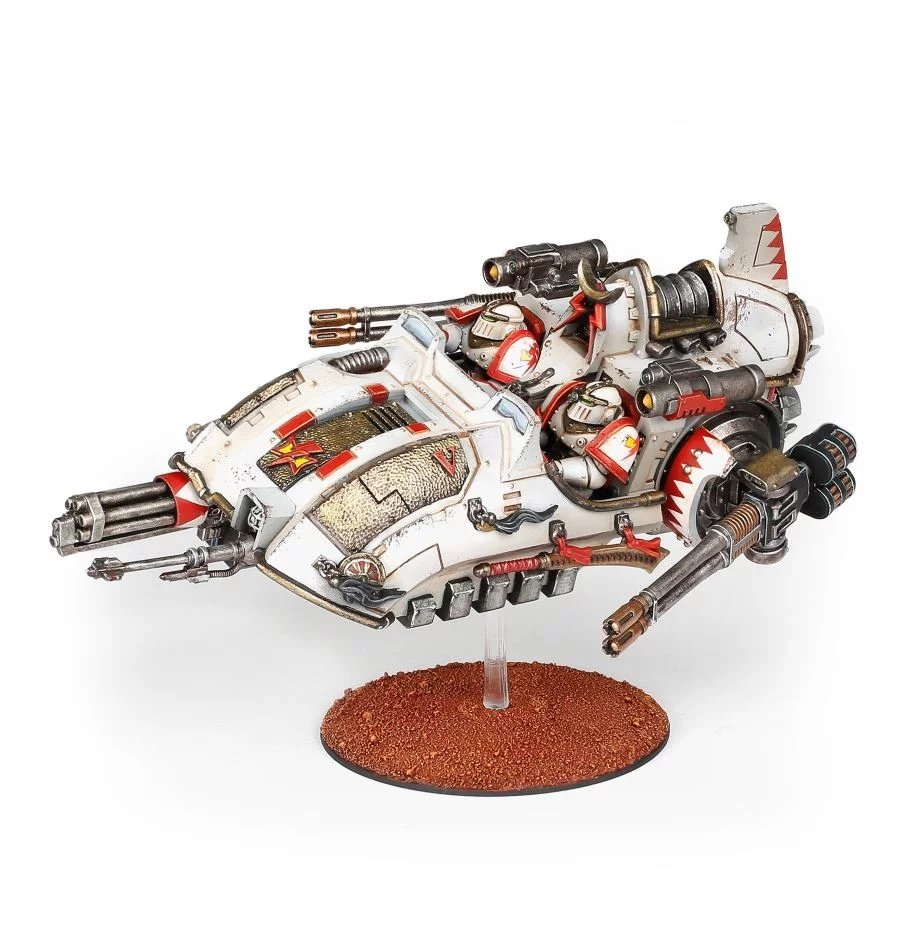 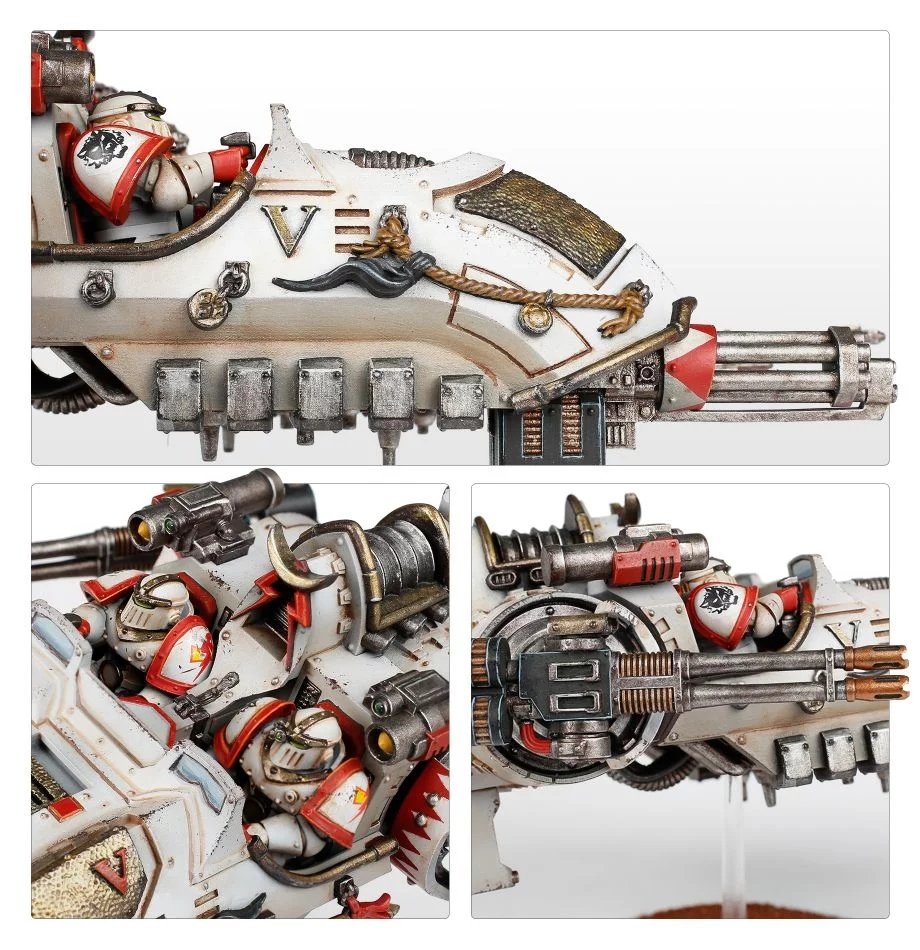 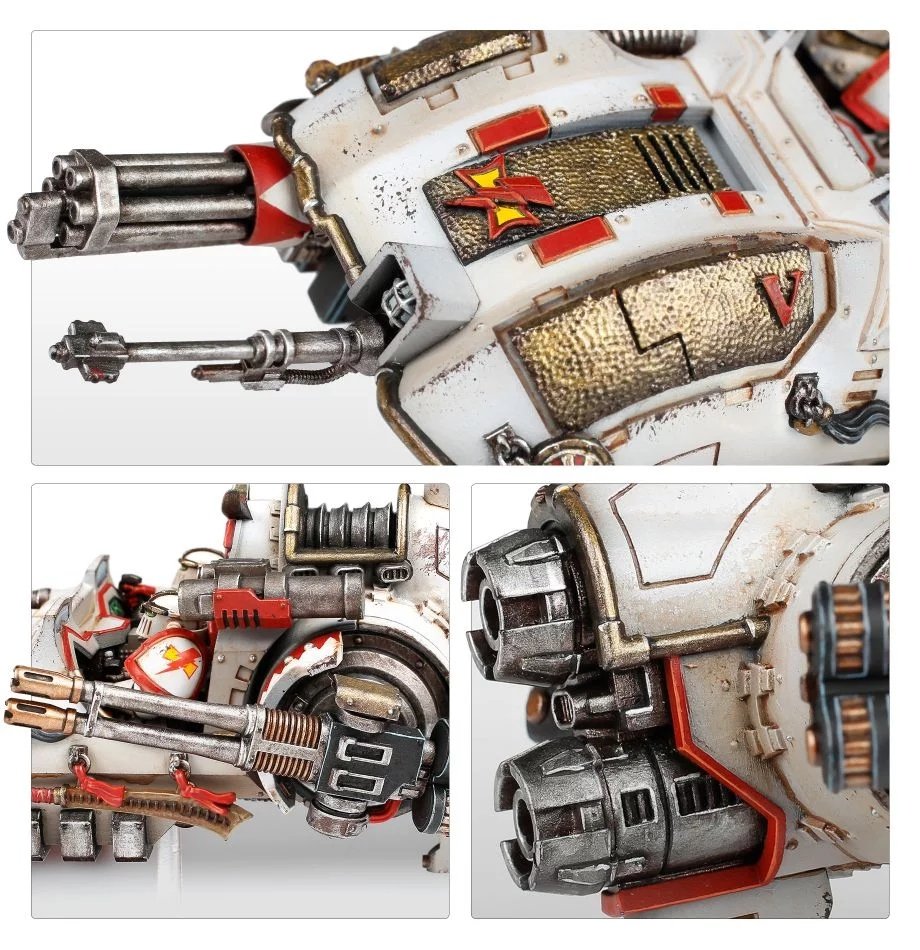 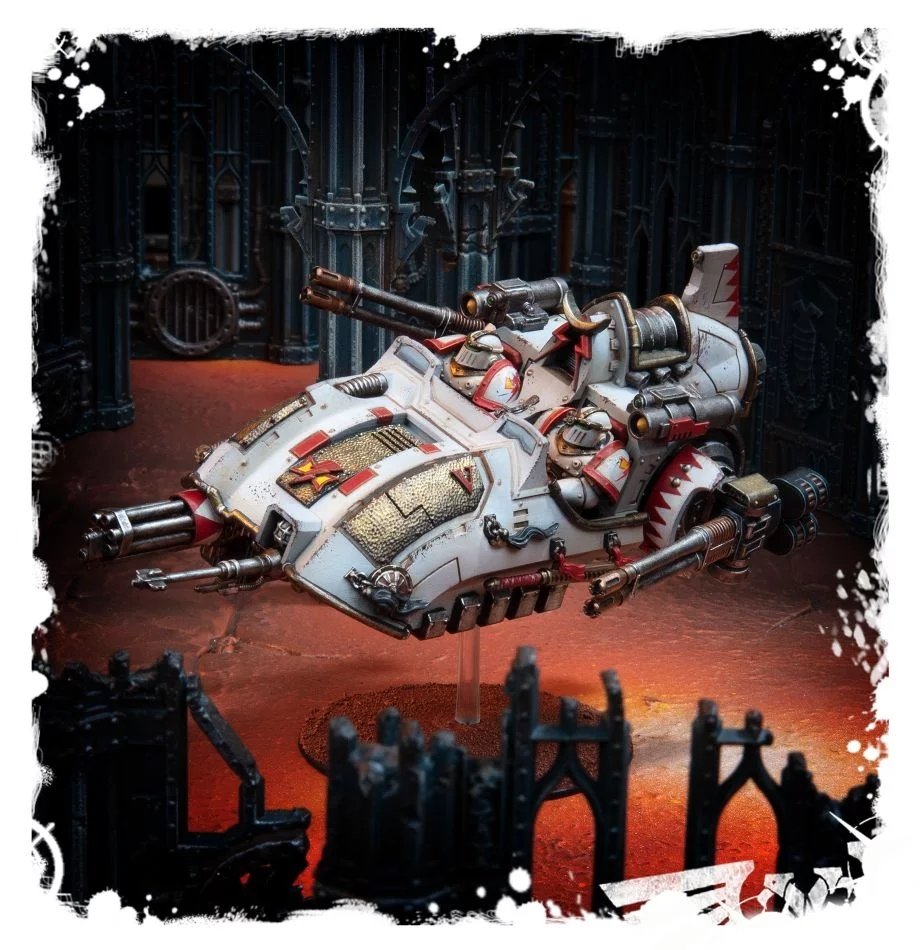 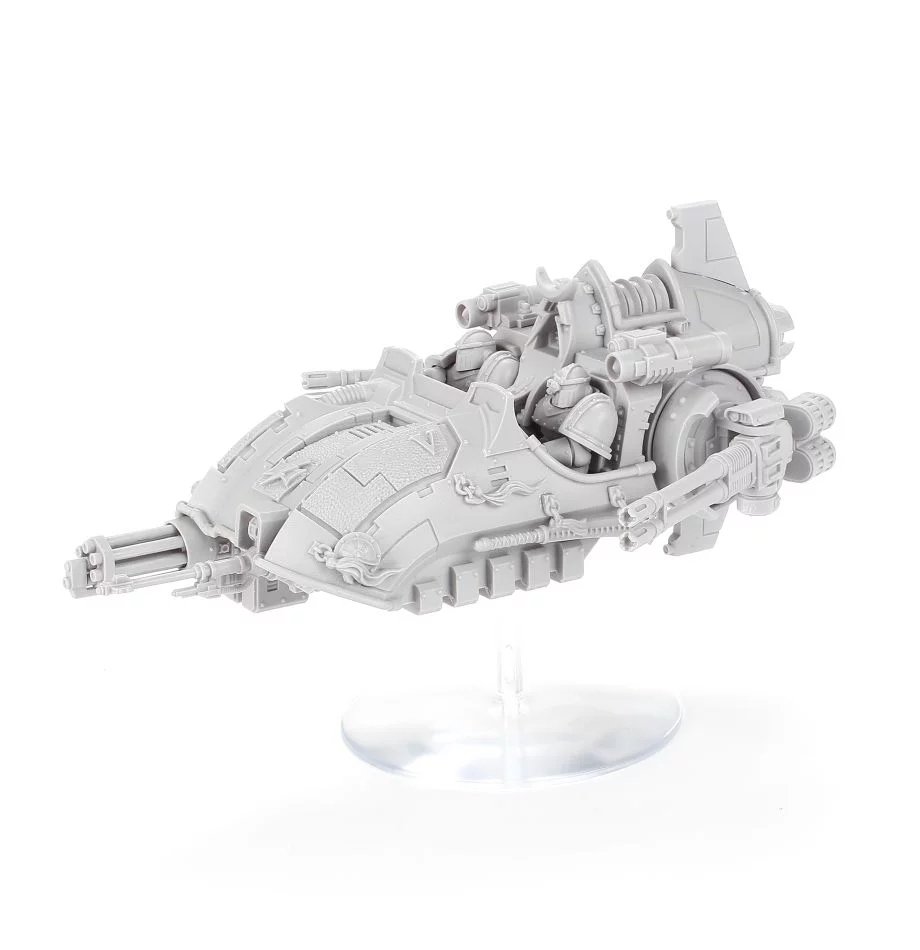 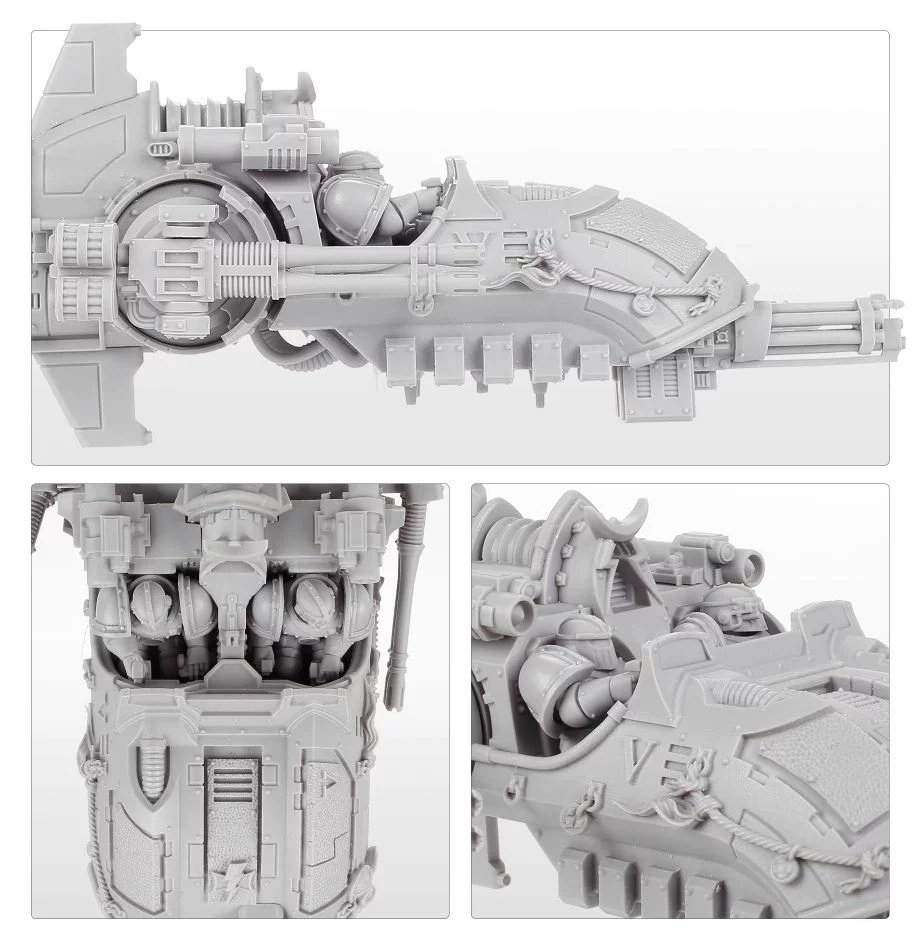 With few heavy tanks capable of keeping pace with the more fleet Brotherhood’s bike-mounted warriors, the White Scars turned to the Kyzagan Assault Speeder to provide them with a mobile yet hard-hitting support vehicle. Such agile craft were in high demand among the White Scars, as they added an impressive weight of firepower to the Legion's missions.

Mounted with a Kheres assault cannon and two reaper autocannons, the Kyzagan Assault Speeder serves as a highly agile heavy weapons platform that is capable of tearing through both armoured vehicles and infantry with ease, while able to provide support to the rest of the Legion’s swift-moving Jetbike squadrons. It can also take up to two hunter-killer missiles.

This 52-part, highly detailed resin kit makes one White Scars Kyzagan Assault Speeder. It is supplied with one 60mm Citadel round base and flying stems. Rules for using it in games of The Horus Heresy can be found in The Horus Heresy Book VIII: Malevolence.