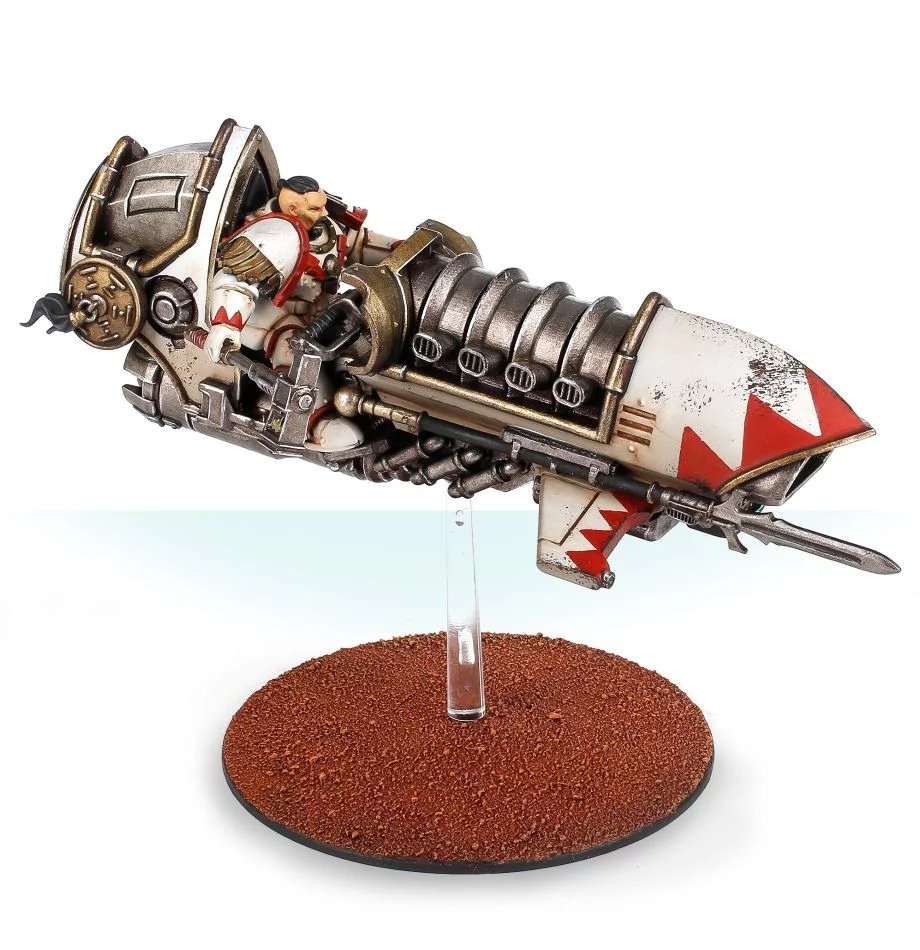 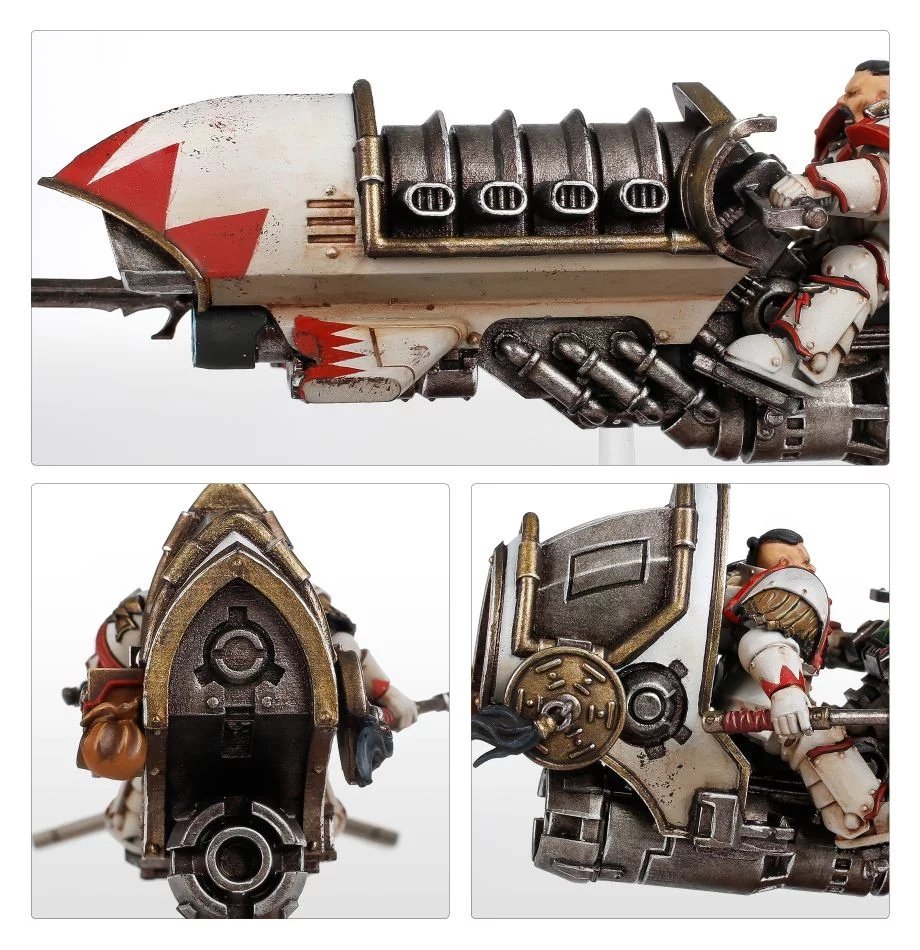 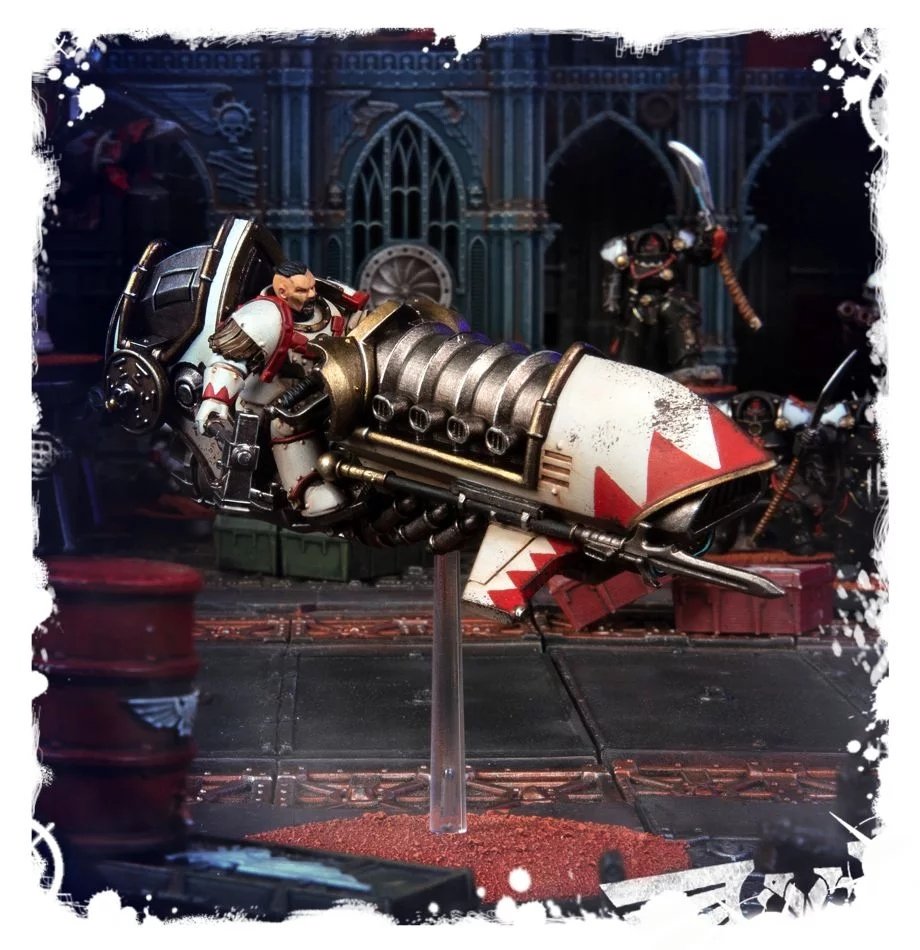 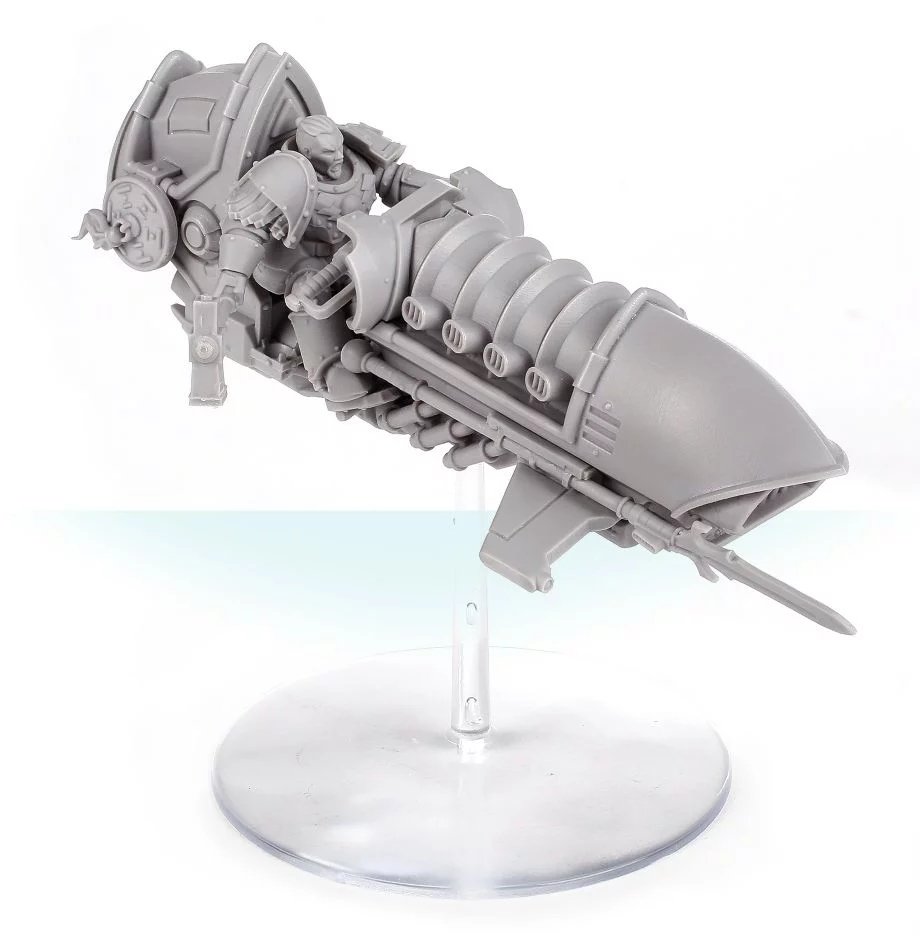 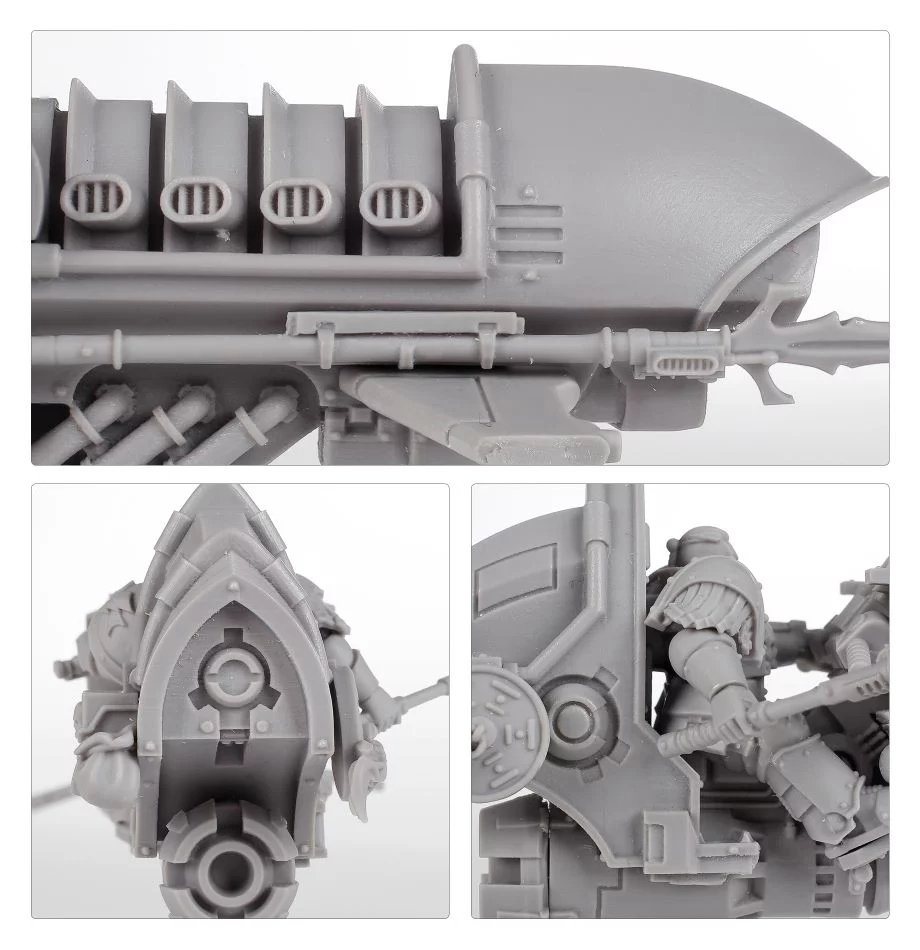 Among the most prestigious of the White Scars main combat units are their heavy assault jetbike squads – the Golden Keshig. Led by their champion, these superlatively skilled riders serve as linebreakers and assault units par excellence.

Sleek, fast and deadly, the Shamshir Jetbike perfectly encapsulates the White Scars' way of war. Their swiftness and mobility let you dictate where engagements take place, allowing you to pinpoint enemy targets and ruthlessly destroy them. The jetbike is armed with a deadly scatterbolt launcher while its rider wields a thunder hammer and has a kontos power lance stowed on the side of his bike.

This highly detailed multipart resin kit builds one White Scars Legion Golden Keshig Champion mounted on a Shamshir jetbike. It is supplied with a 60mm Citadel flying base and a flying stem. Rules for using this model in games of The Horus Heresy can be found in The Horus Heresy Book Eight – Malevolence.