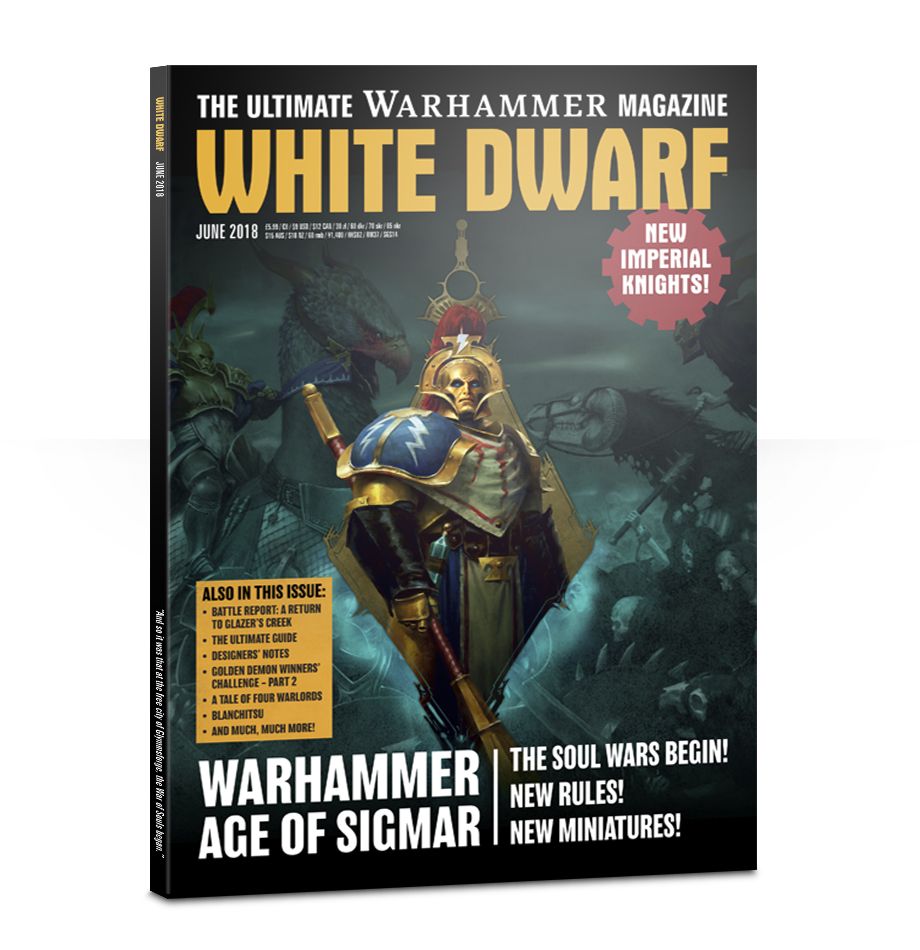 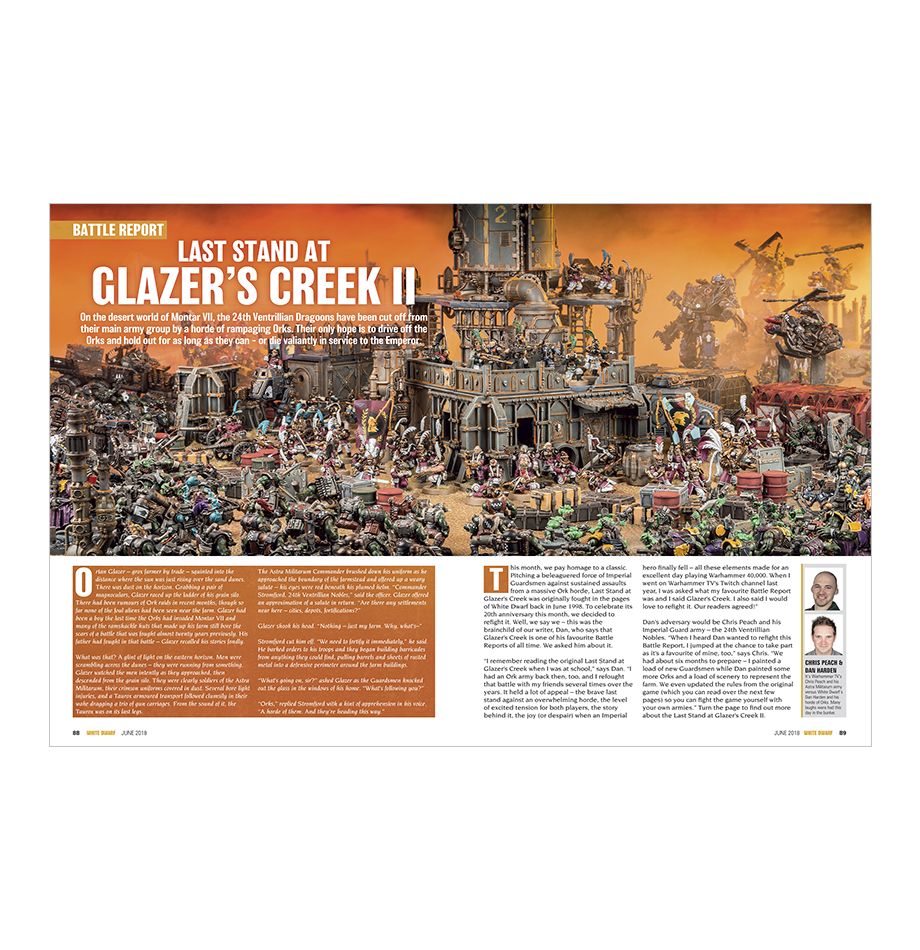 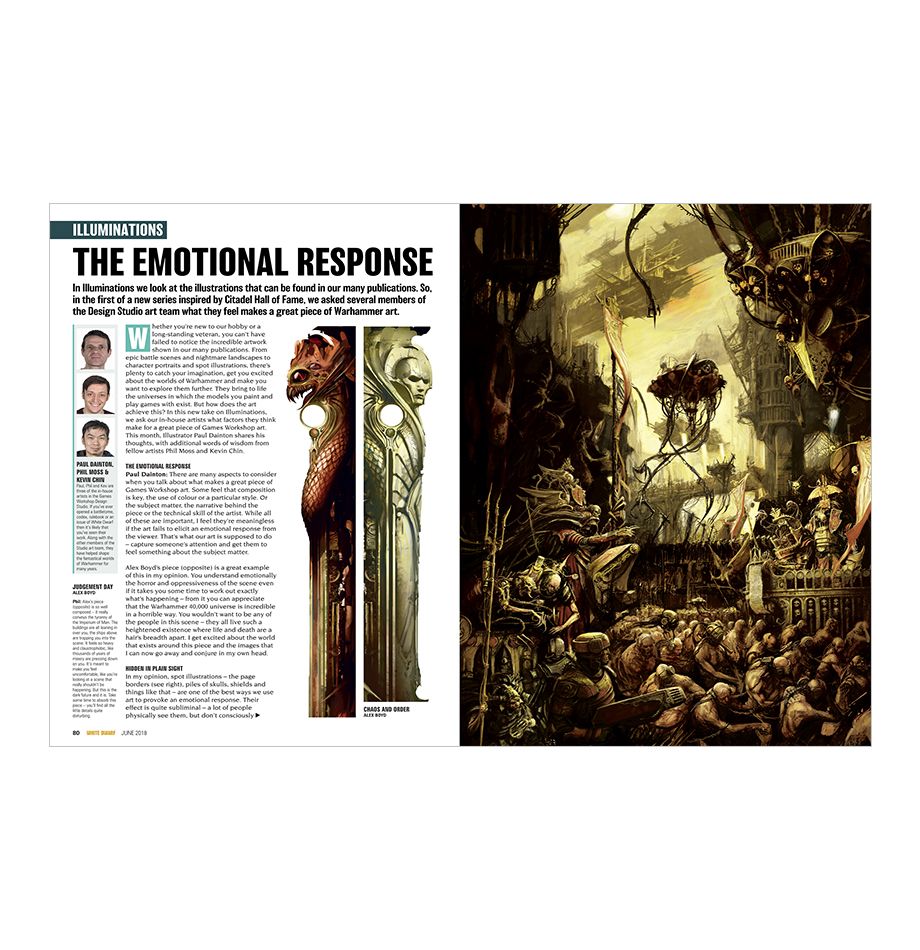 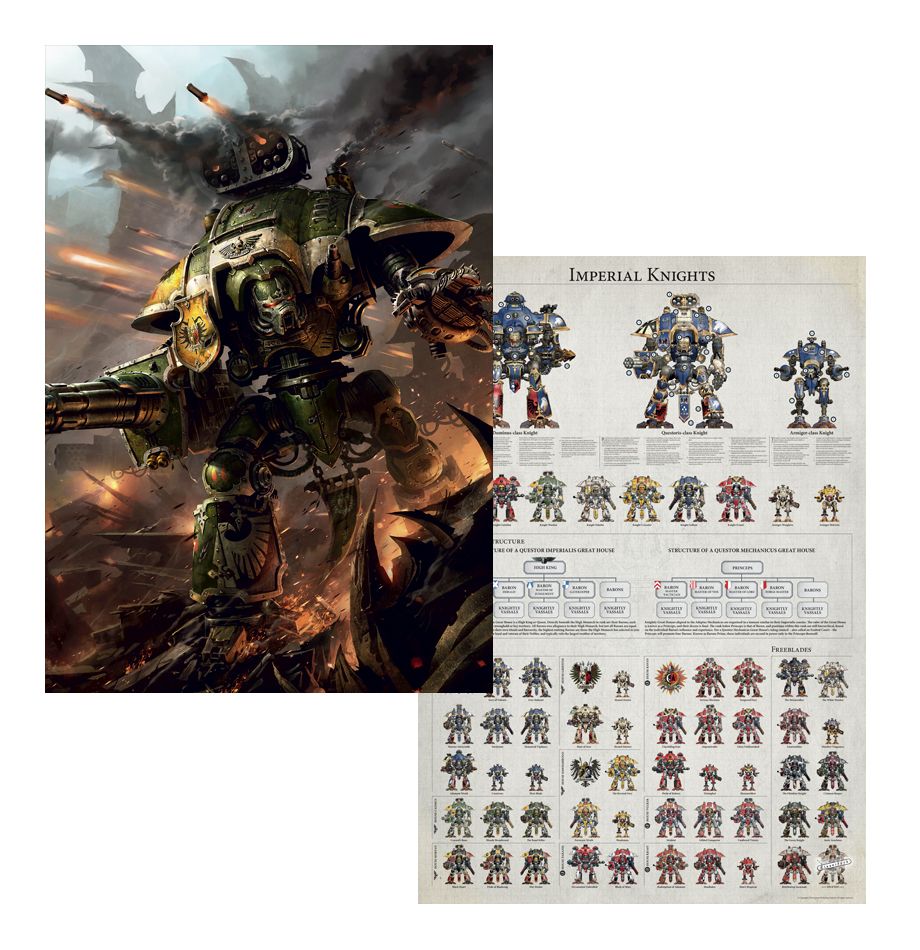 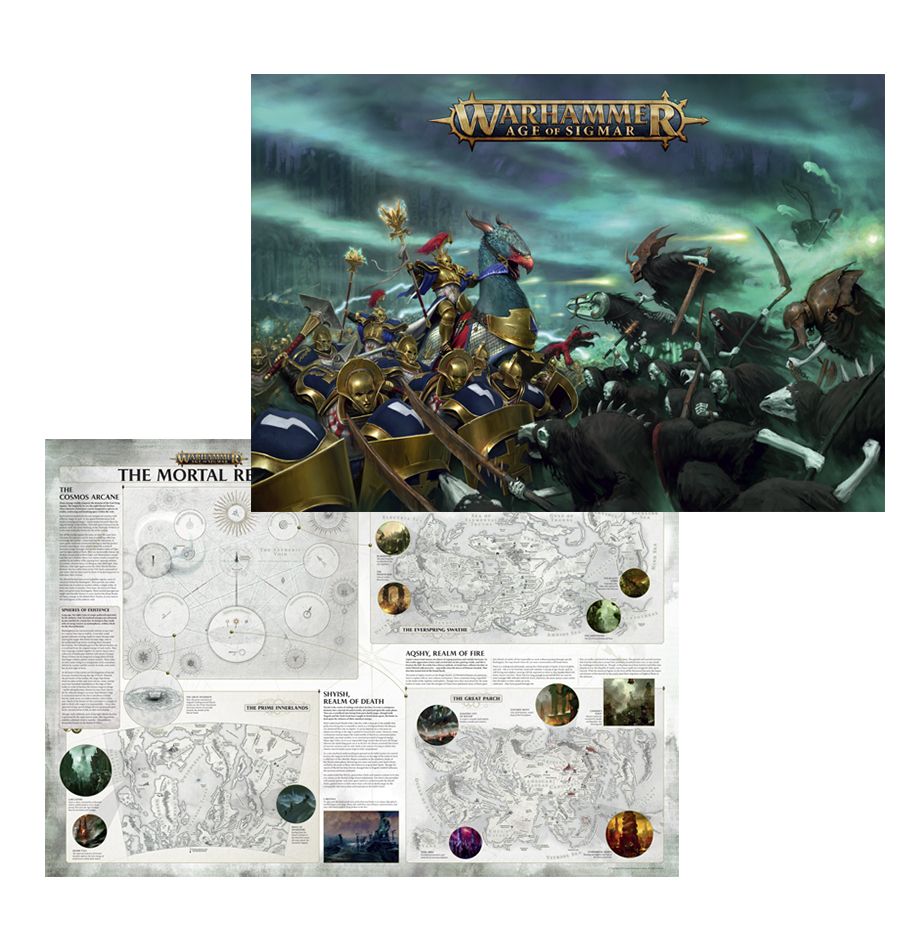 Sharpen your blades and gird yourselves for war – a new age of battle has begun and the Mortal Realms are plunged into a dark new era with the launch of a new edition of Warhammer Age of Sigmar. This month’s issue features everything you need to know, the continuing Tale of Four Warlords and more (including exclusive rules expanding Imperial Knights: Renegade!): • Planet Warhammer: Warhammer Age of Sigmar updated! Imperial Knights march, and much more; • Battle Report: Battle of Falling Souls – we try out the new edition of Warhammer Age of Sigmar in a tense duel between Stormcast Eternals and Nighthaunt; • Golden Demon Winners’ Challenge: we asked Golden Demon winners to take part in a painting challenge – here’s part two of our coverage. • Designers’ Notes: we chat to the designers behind the Imperial Knights; • Blanchitsu: our second look at the warbands of Tor Megiddo; • Illuminations – Hall of Fame: What happens when you mix two White Dwarf favourites? Let’s find out! • Battle Report – Last Stand at Glazer’s Creek: 20 years after the original Battle Report in White Dwarf 222, we return to Glazer’s Creek… this time, it’s Dan versus Warhammer TV’s Chris Peach! • The Ultimate Guide to… Armageddon: few Imperial planets have survived as many wars as the hive world of Armageddon. Read all about it here; • A Tale of Four Warlords: our warlords of Order, Chaos, Death and Destruction add magic users to their armies in this month’s instalment.; • Getting Started With... Warhammer Age of Sigmar: in a surprise to no one, now is a great time to get stuck in with Warhammer Age of Sigmar! We take great pleasure in showing you how; • Temporal Distort: this month, we travel back to June 1998 – White Dwarf 222! • Battle Companies: Jay Clare talks house rules for your Middle-earth games and presents a new scenario for saving lost heroes after battle; • Imperial Knights: Renegade: we present additional rules for Dominus-class Knights and Ork Gorkanauts in games of Imperial Knights: Renegade; • Readers’ models: a selection of models painted by you, our readers; • In the Bunker: what have the Dwarfers been up to this month?