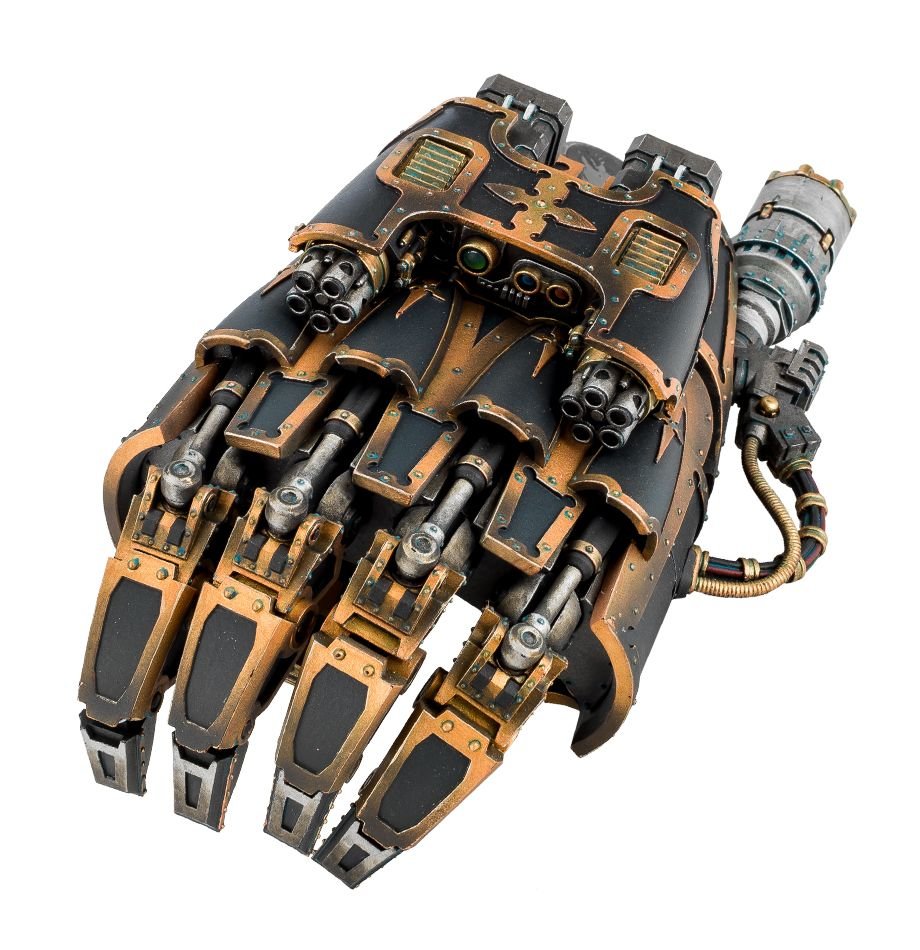 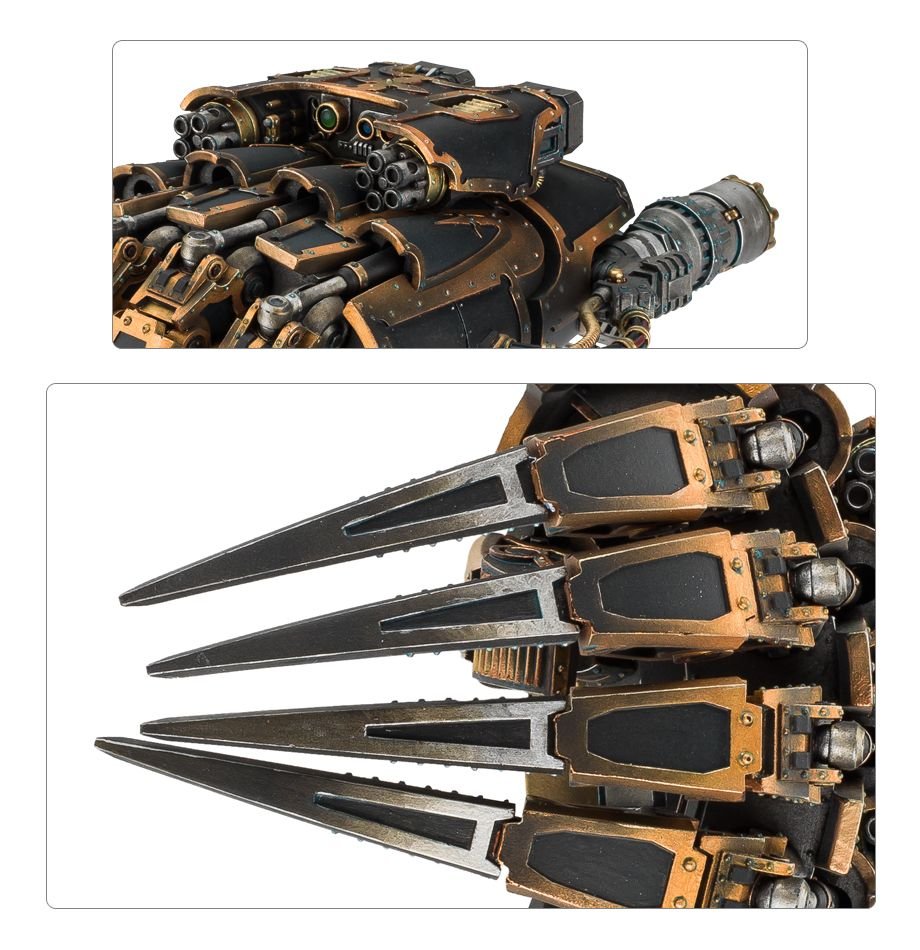 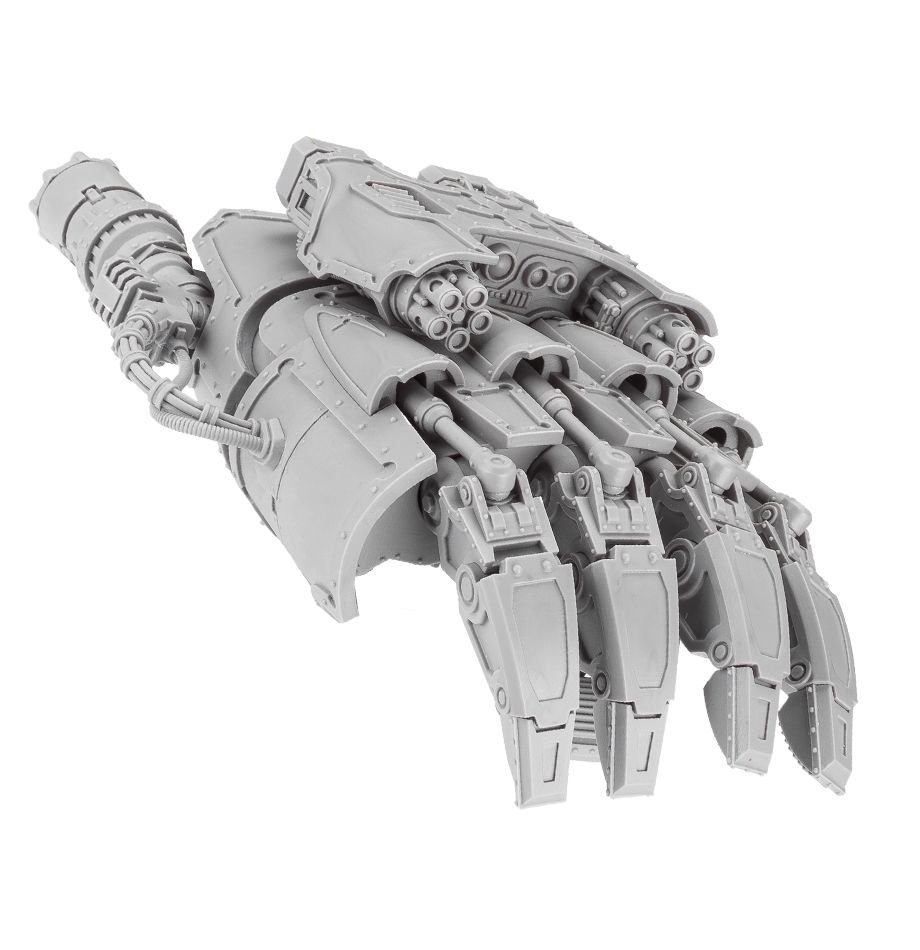 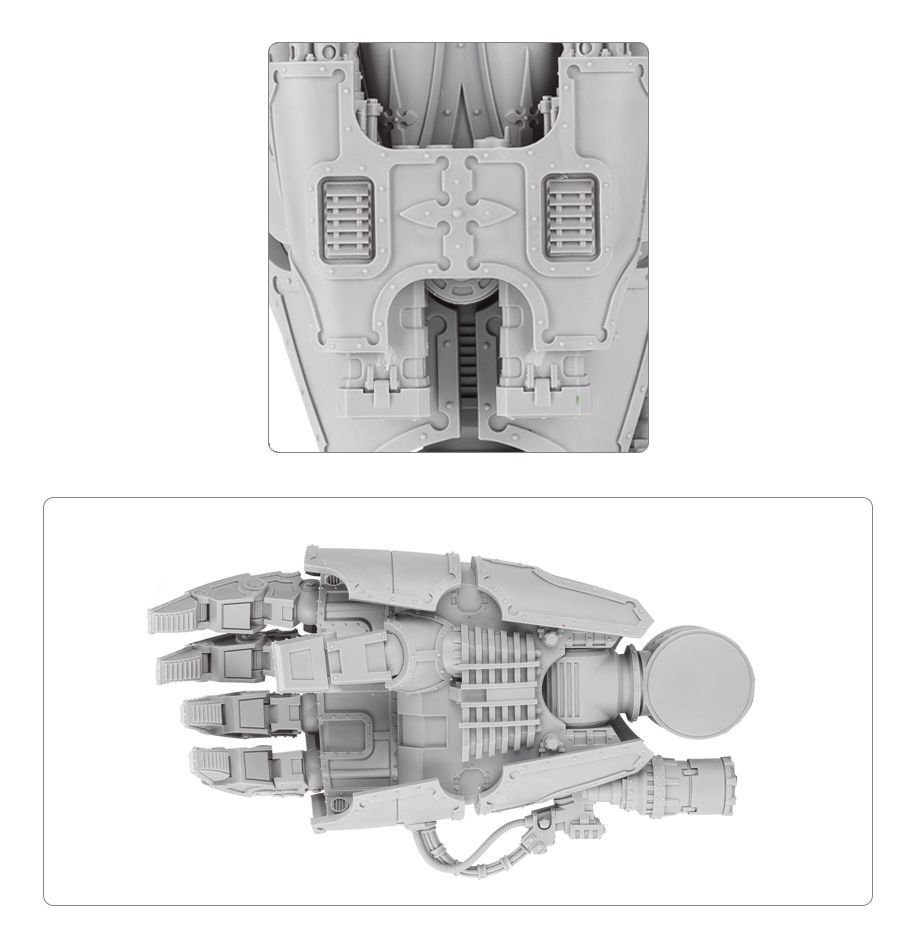 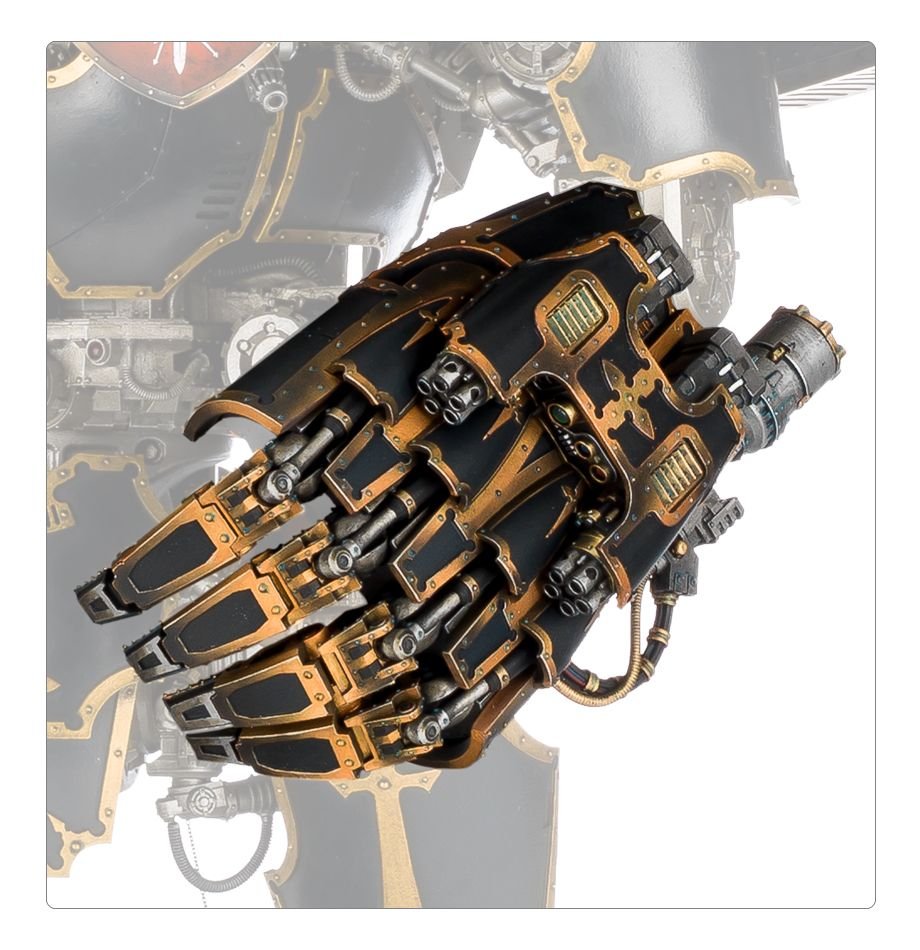 Colossal weapons designed to allow the Warlord Titan both to shatter fortifications as well as engage war machines of their own kind in brutal hand-to-hand combat, Titan power claws are immeasurably strong and durable, able to rend metres-thick steel and granite as a predatory beast rends the flesh of its prey. Many carry additional in-built secondary weapons, such as mega-bolter cannon, to deal with lesser threats such as swarming infantry and fast moving attack craft beyond the Titan's reach.

The Warlord Titan Arioch Power Claw is extensively detailed and has been designed to fit the Mars pattern Warlord Titan Body. It includes the option of claws or flat ended fingers, either of which can be used to build the Power Claw as left or right handed. It also includes an optional Vulcan Mega-bolter that can be attached to the back of the power claw.

The rules for using the Warlord Battle Titan can be found in The Horus Heresy Book Five - Tempest and the Horus Heresy: Mechanicum - Taghmata Army List.

This multi-part resin kit includes components to construct one Warlord Titan Arioch Power Claw. It can be constructed as either the Warlord Titan's left or right arm.