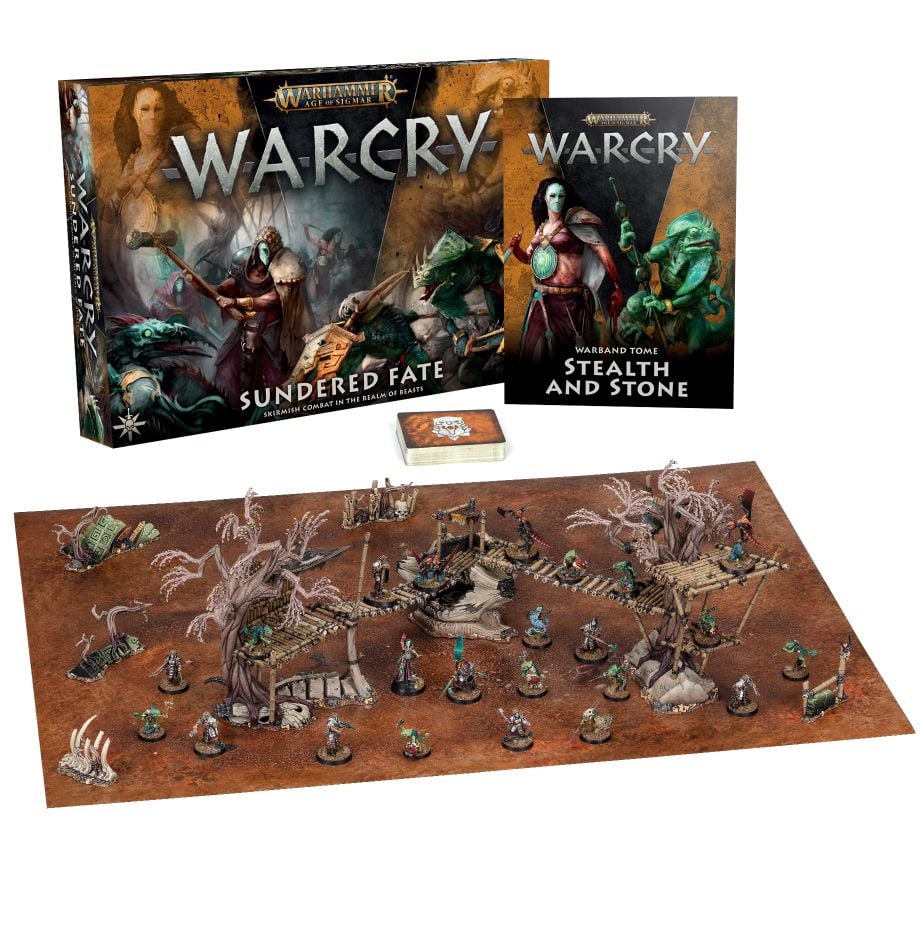 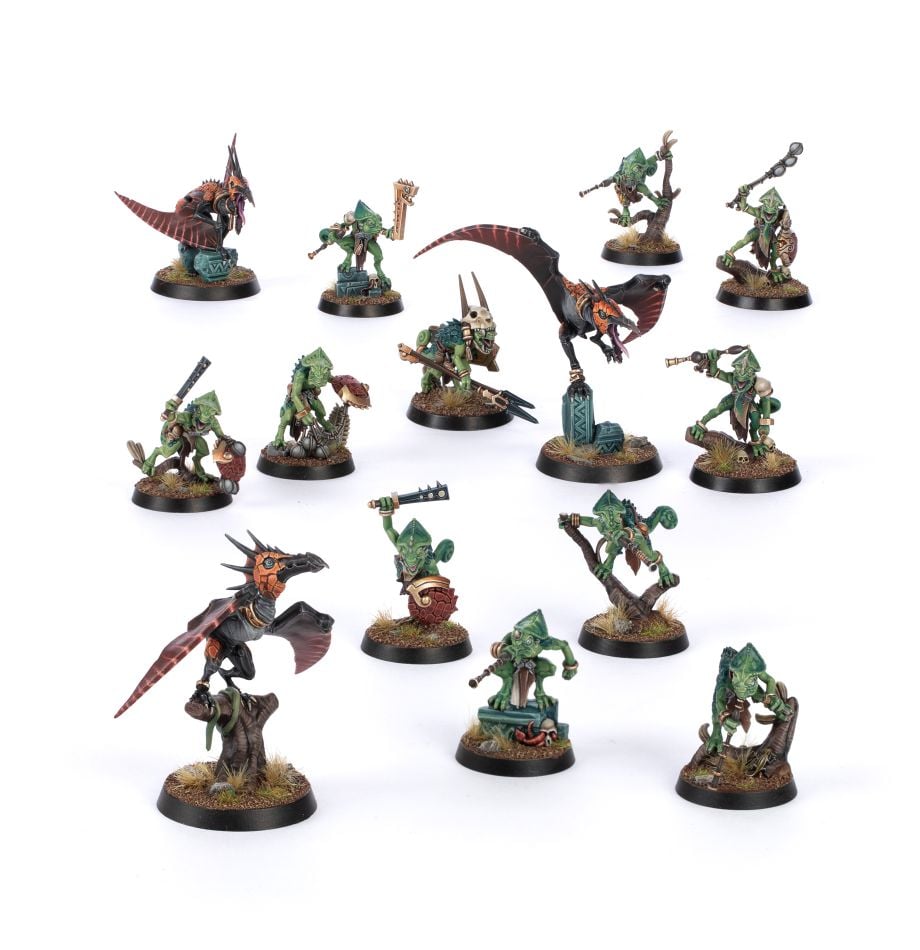 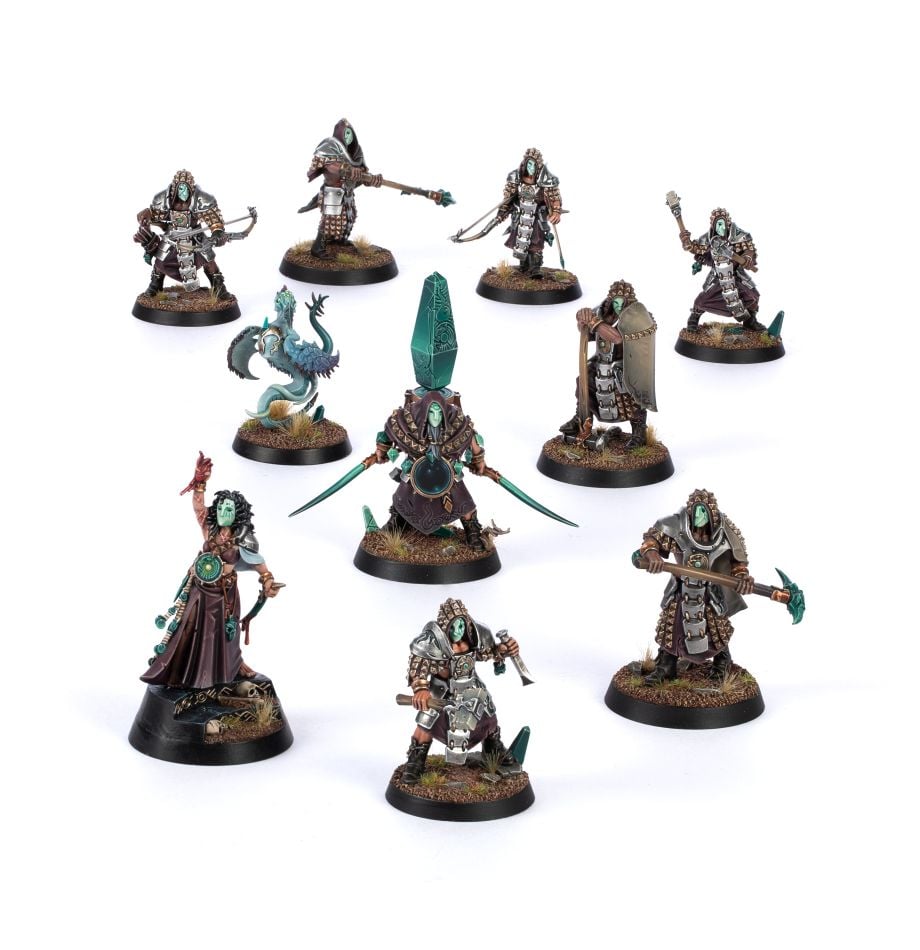 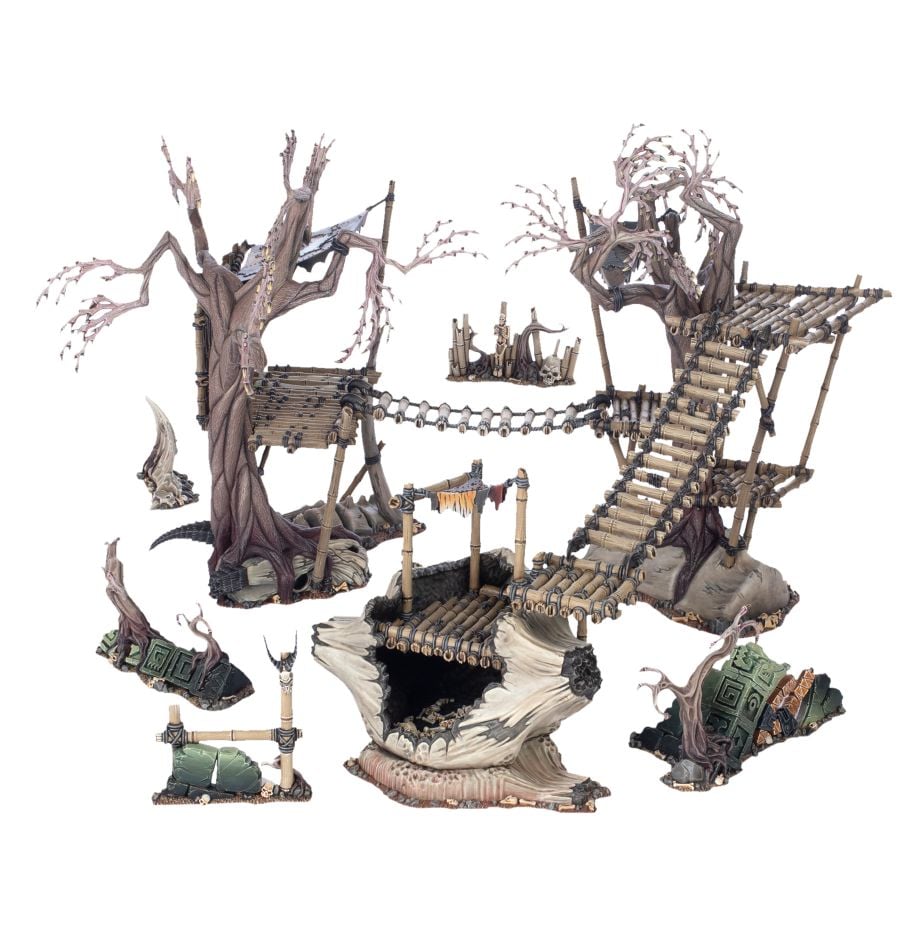 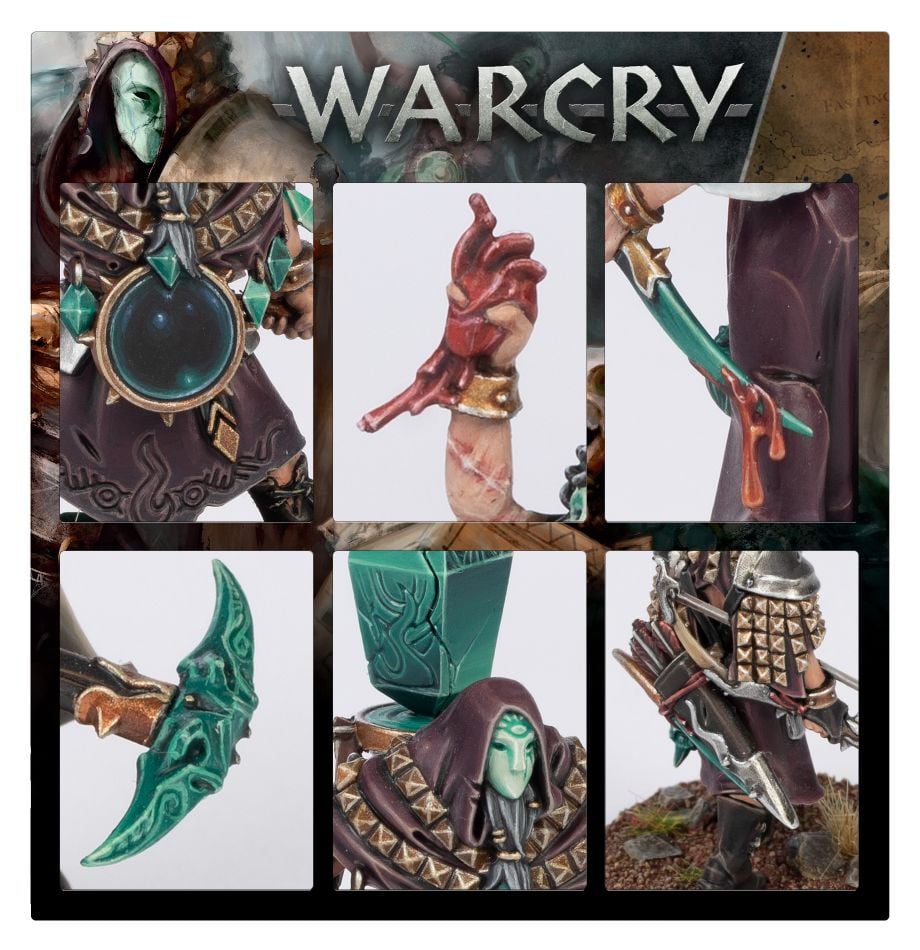 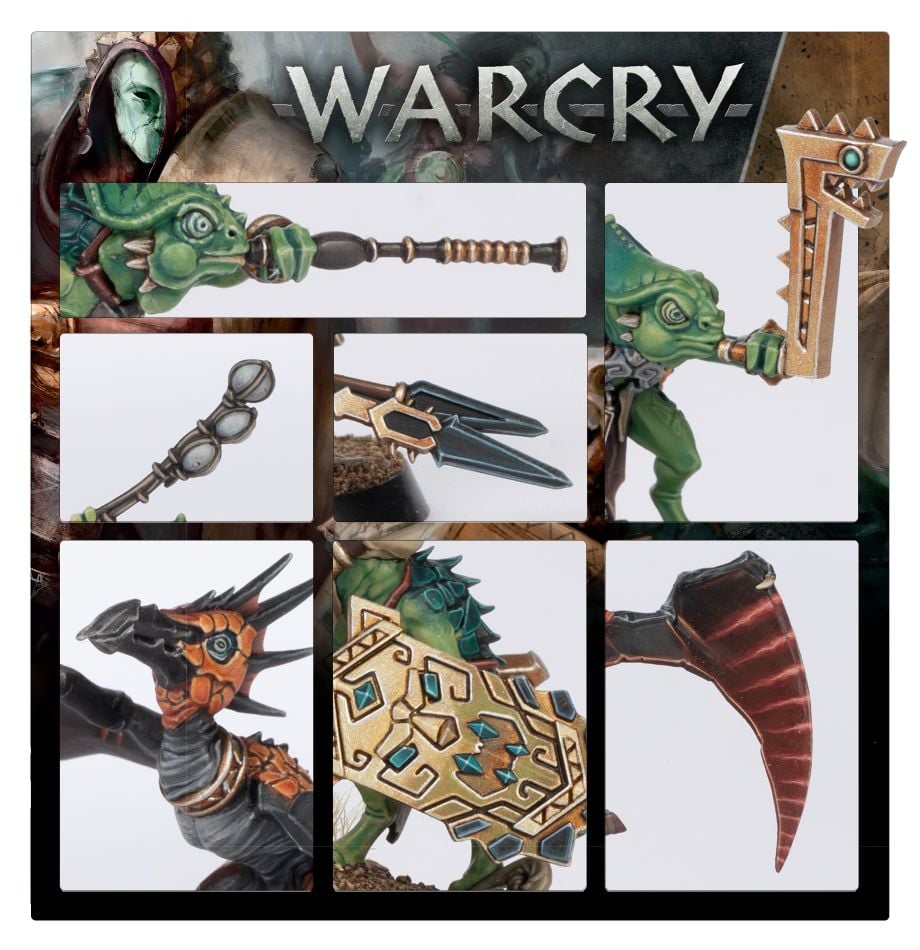 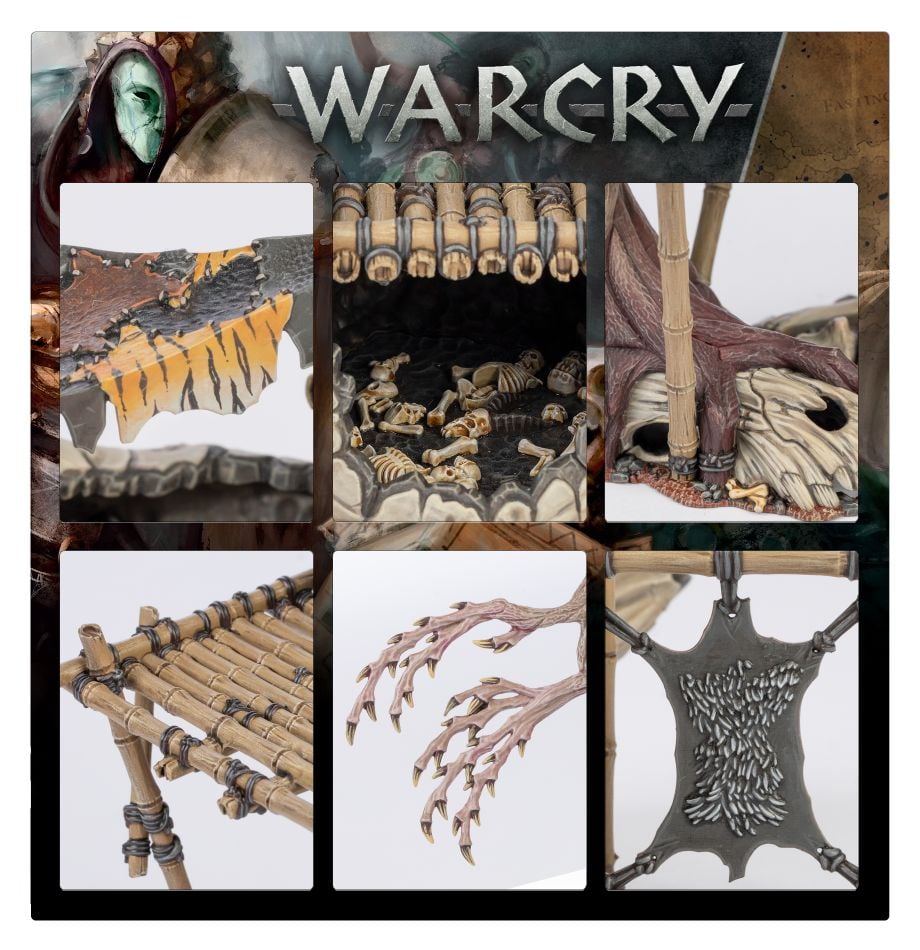 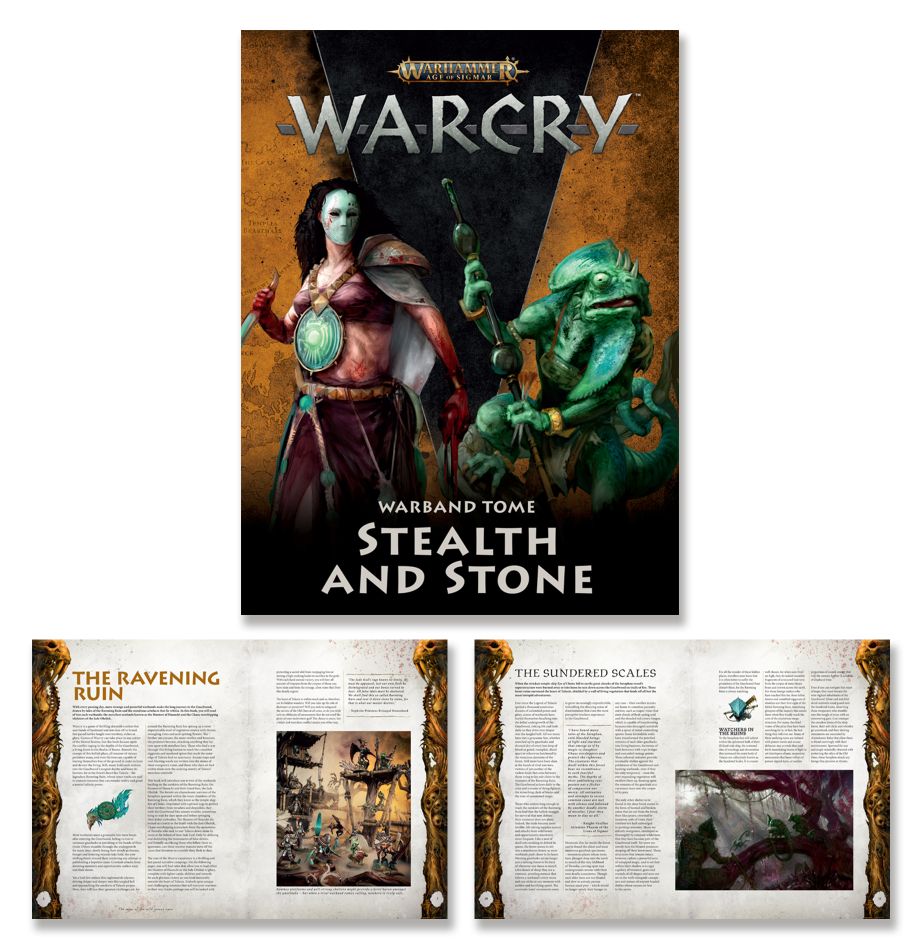 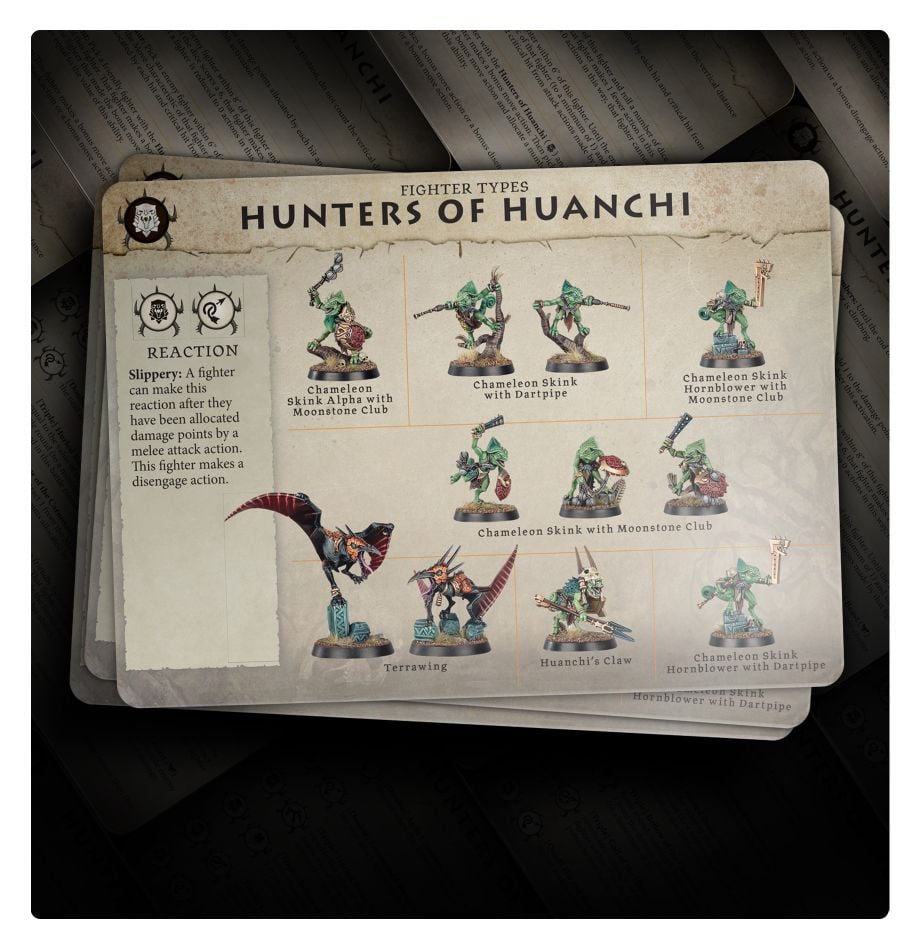 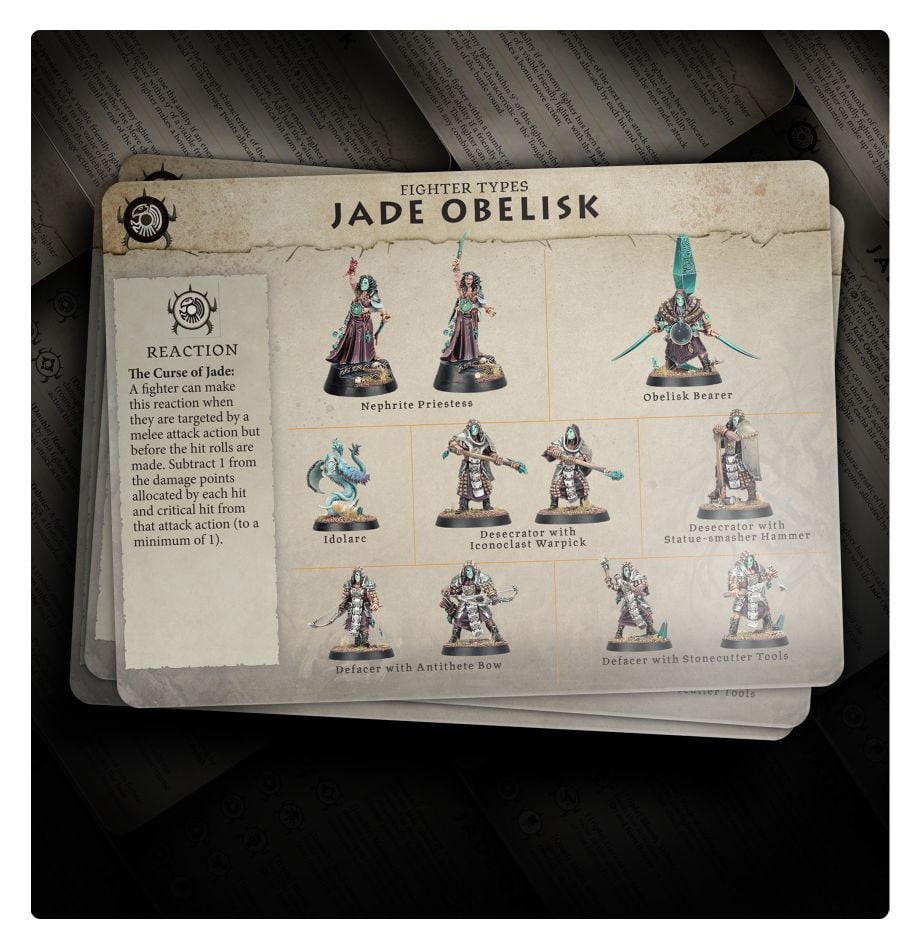 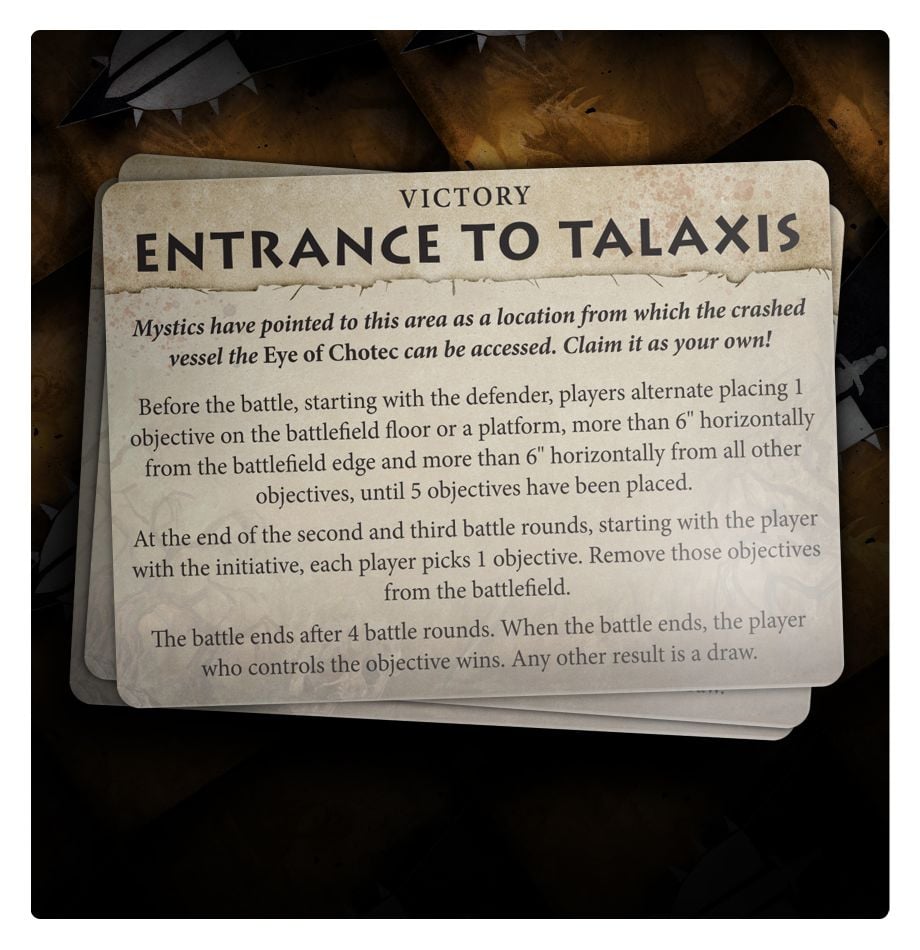 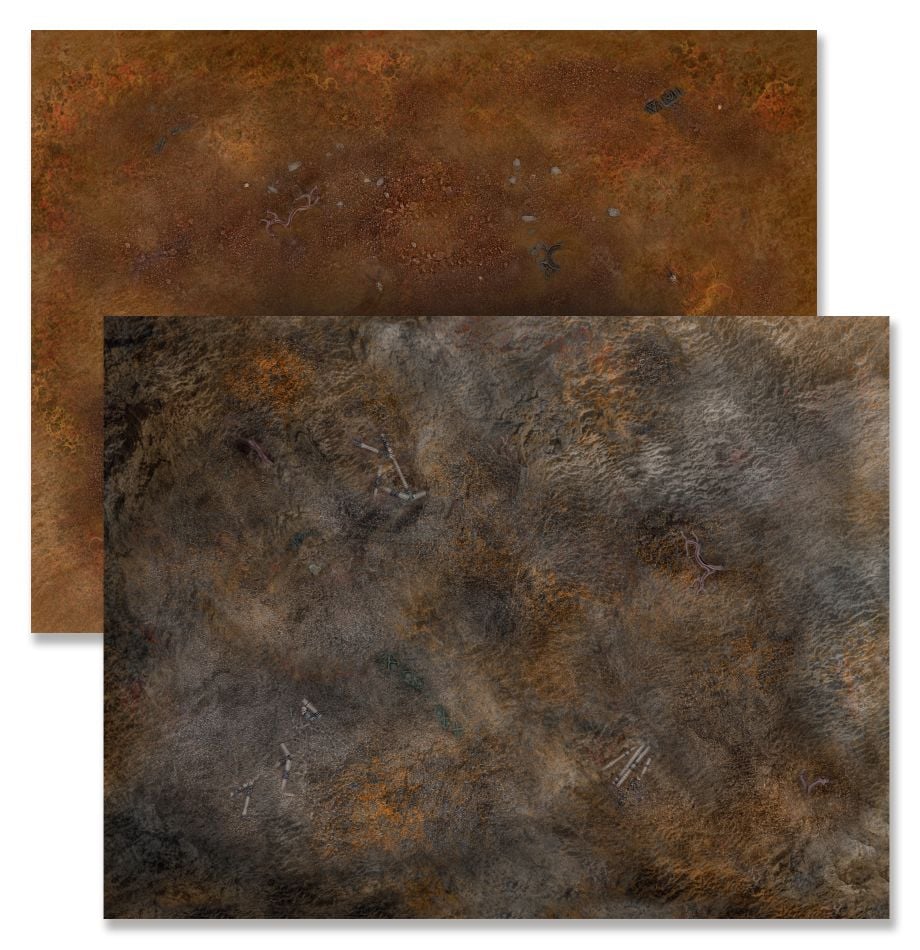 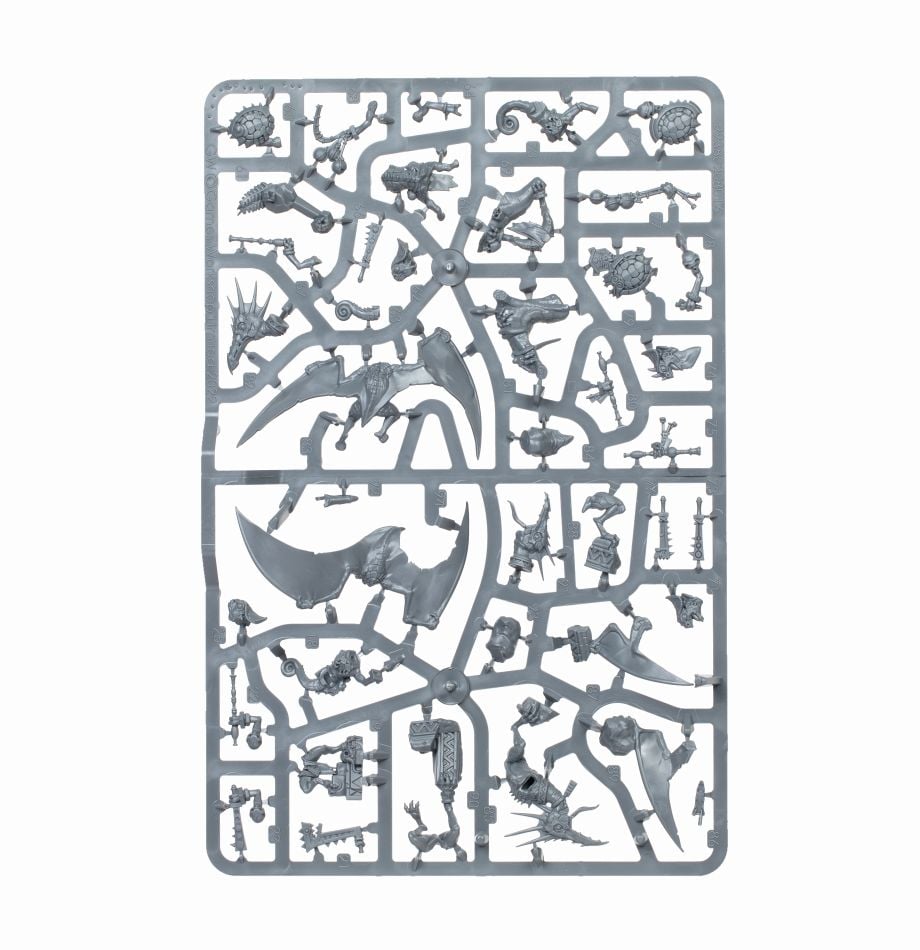 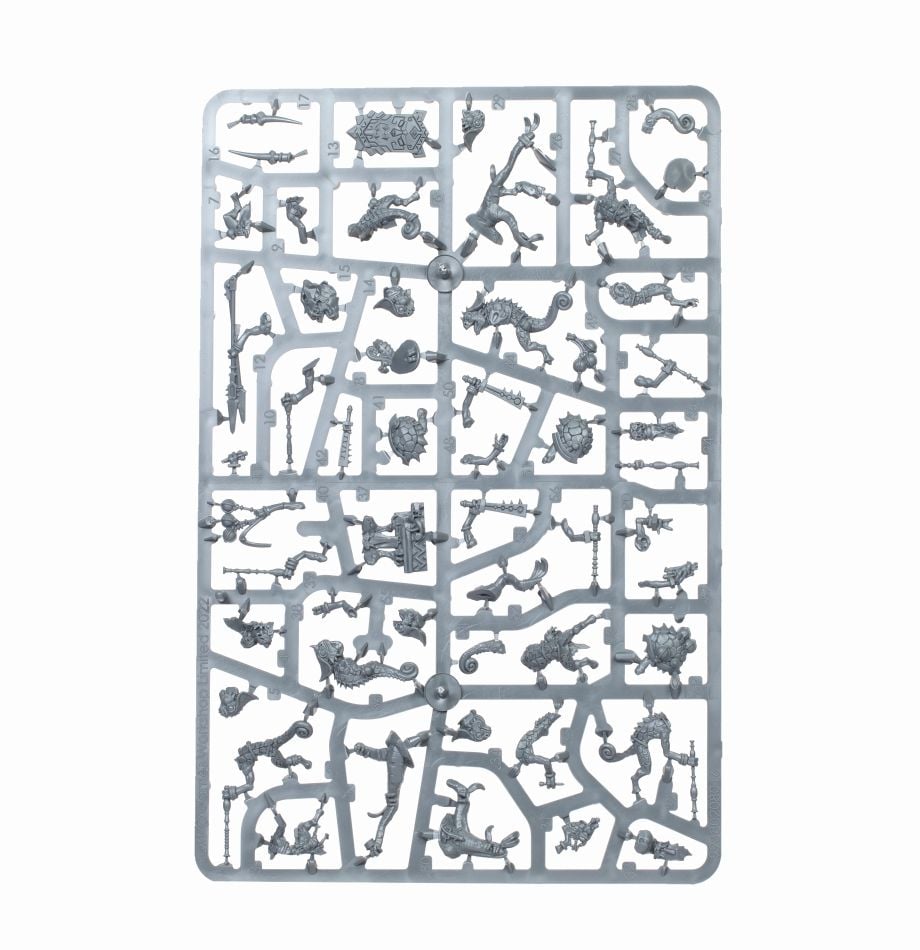 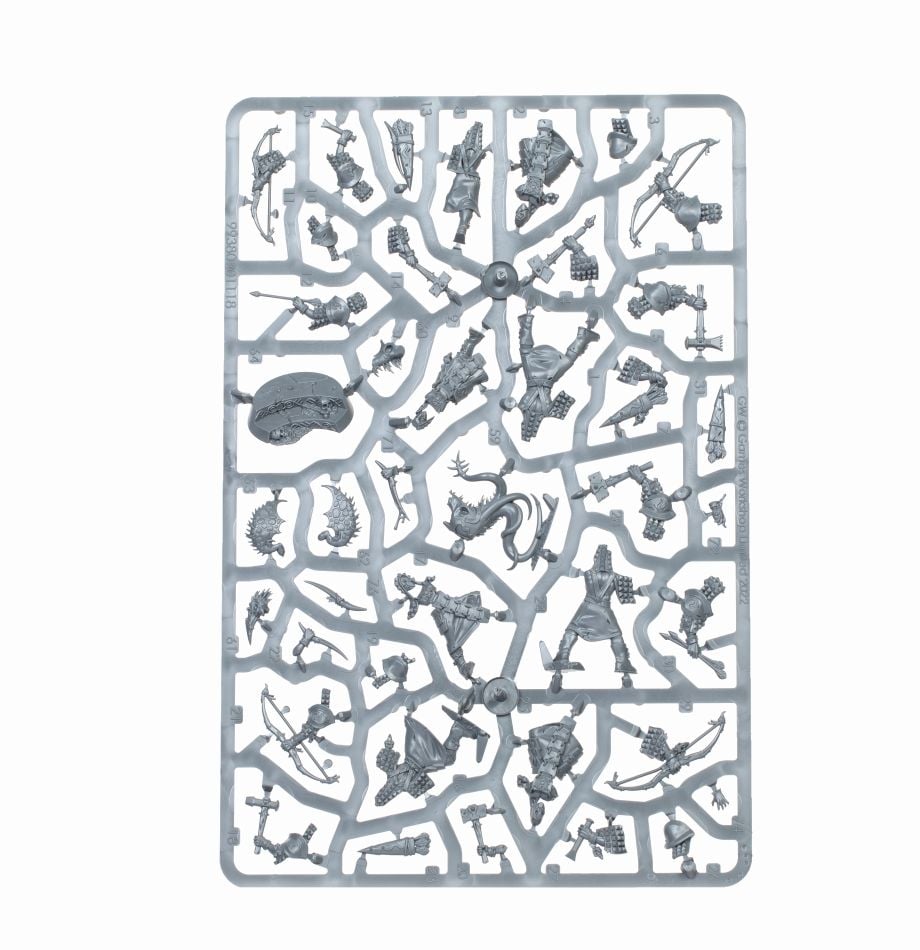 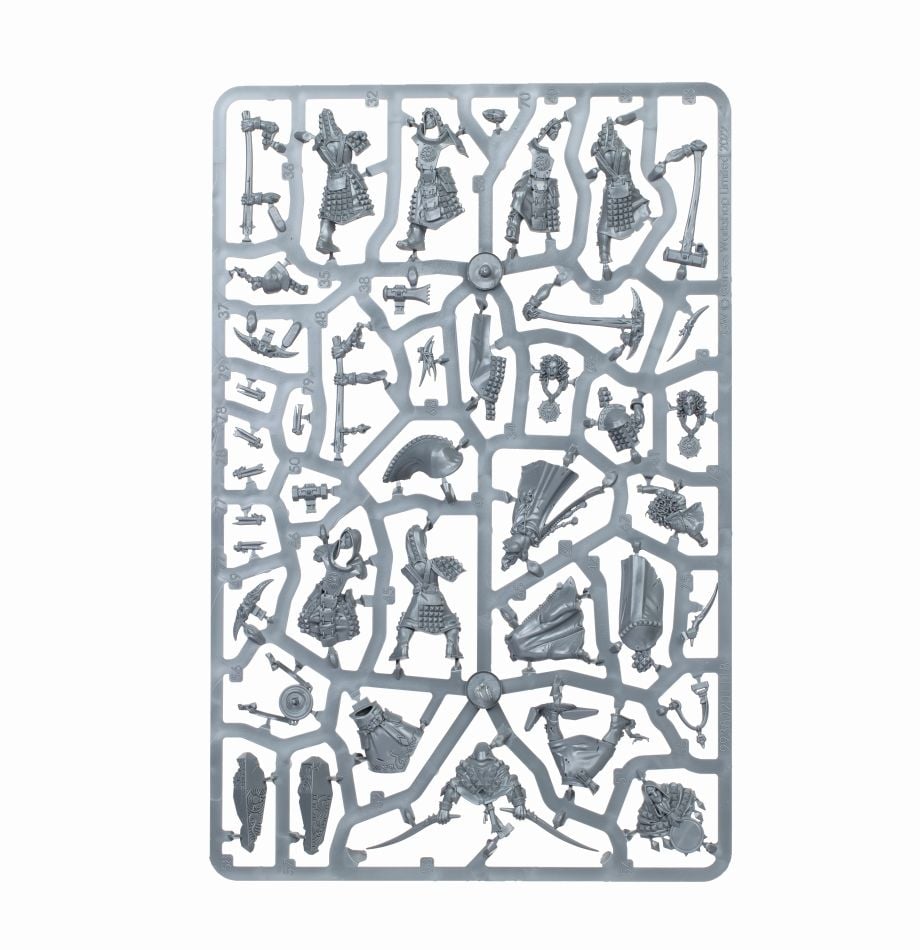 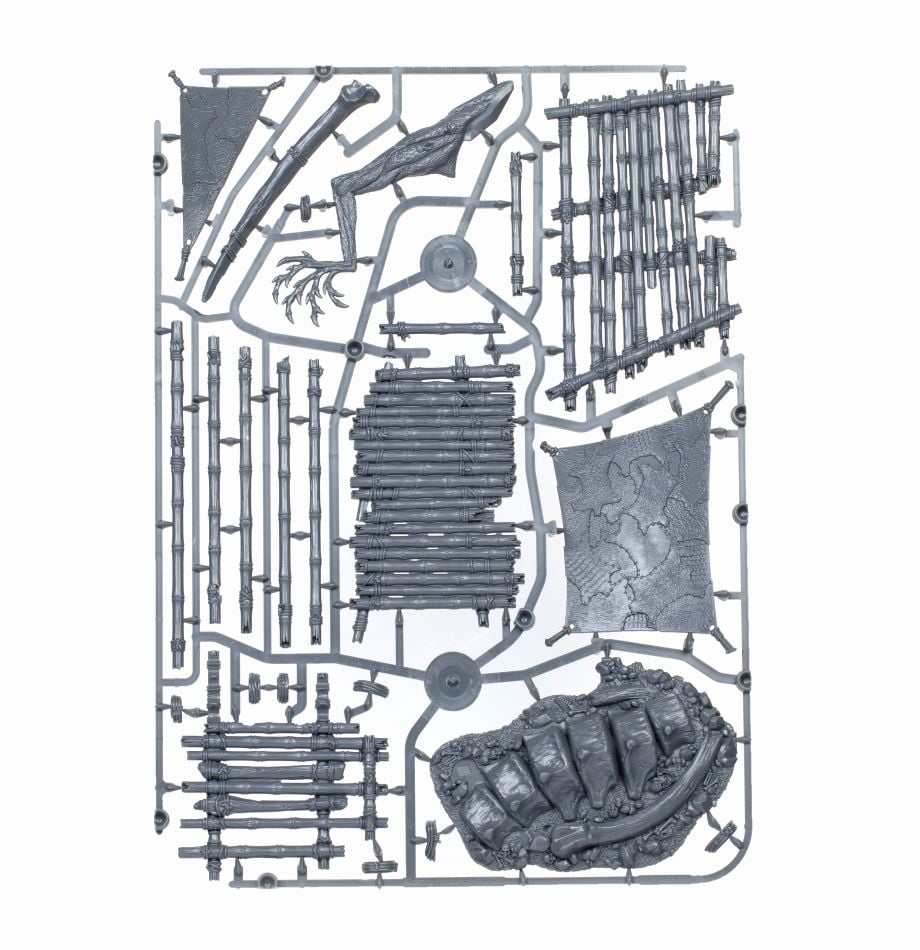 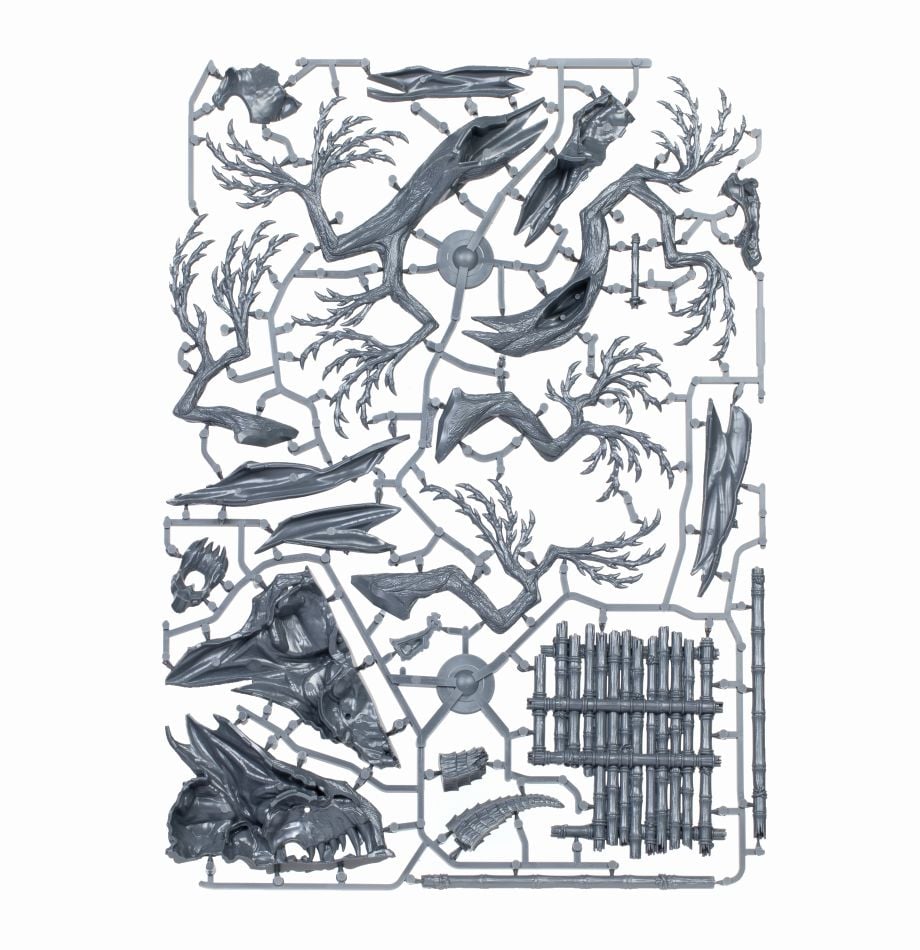 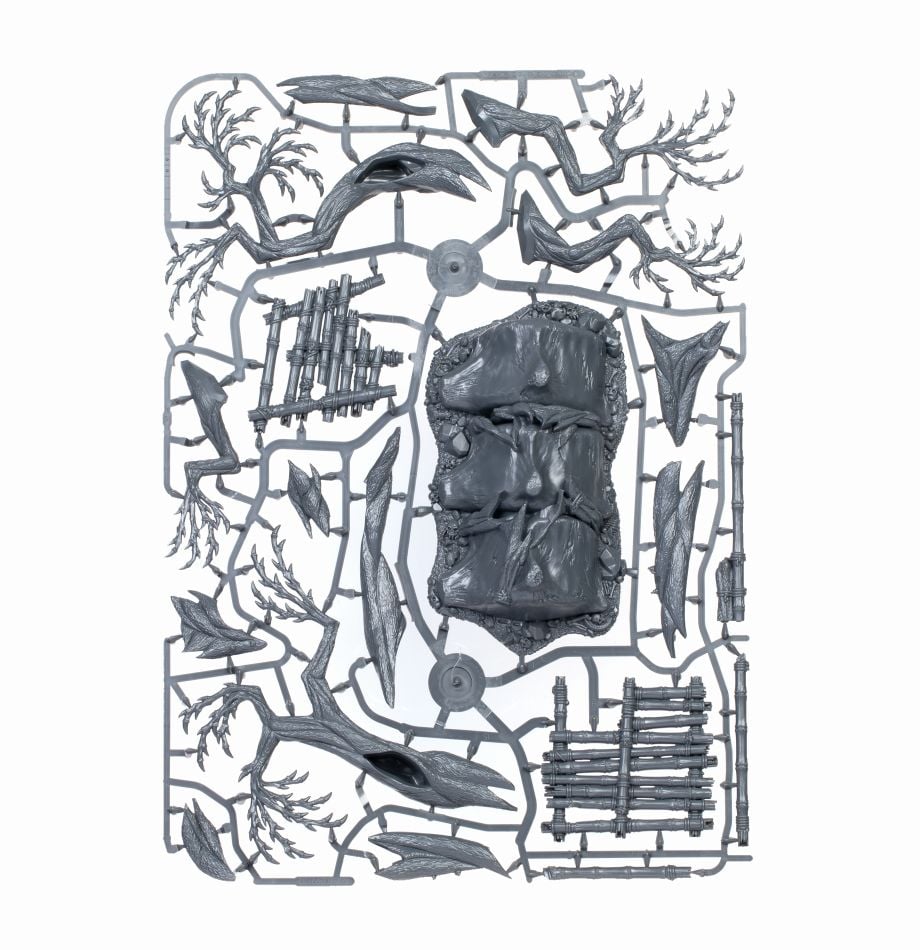 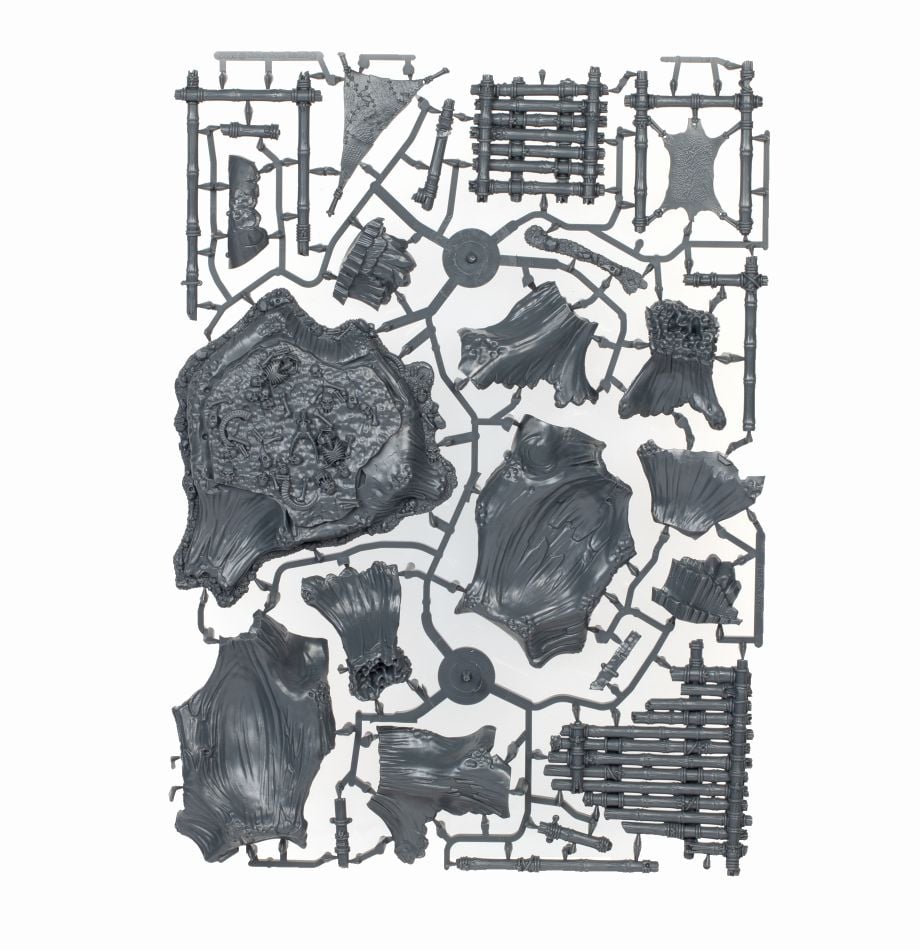 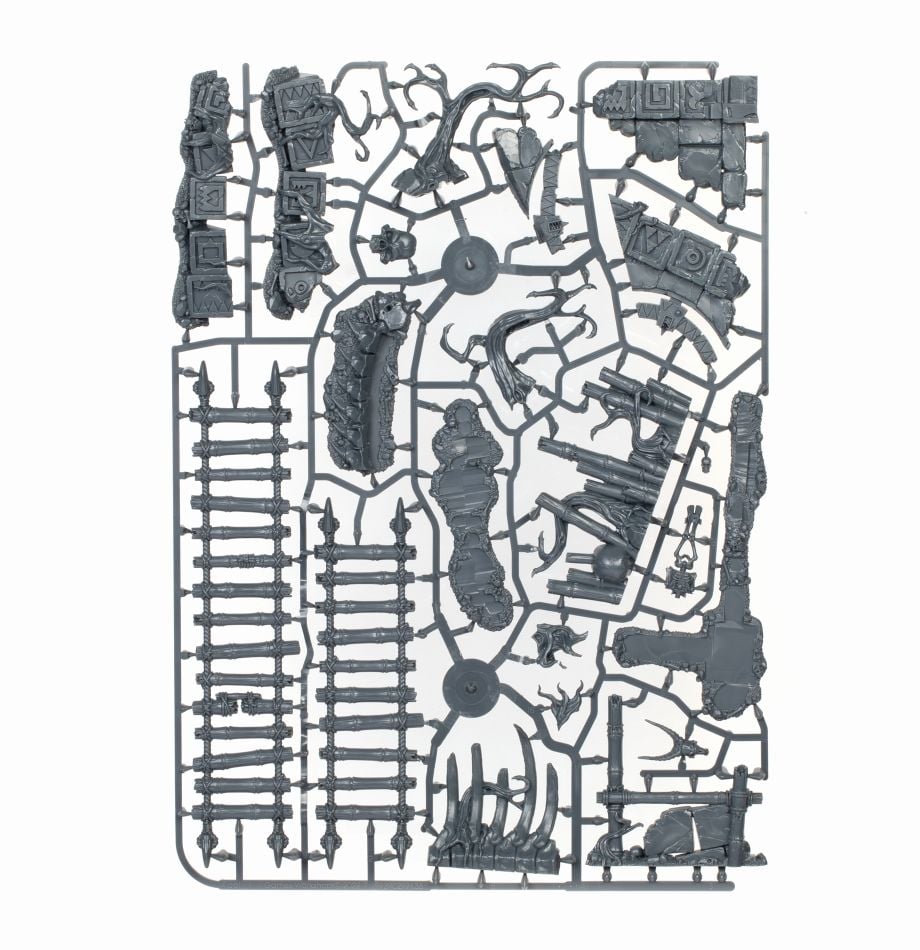 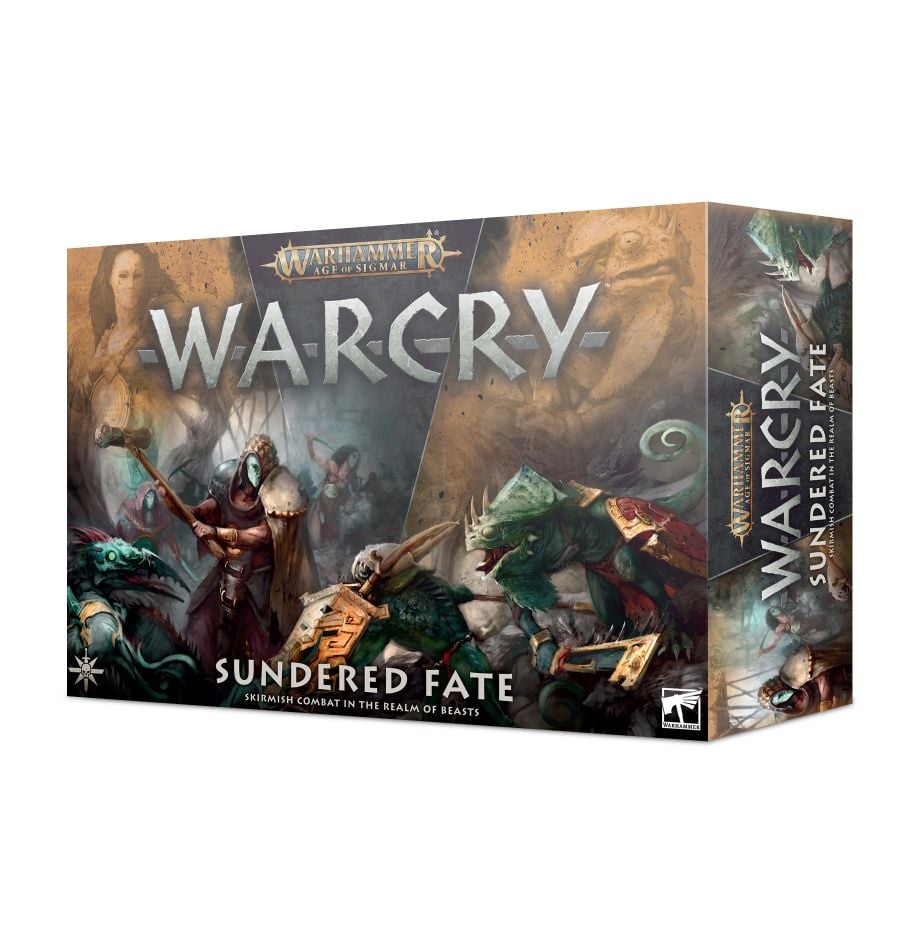 Deep in the deadly Gnarlwood forest lies the Ravening Ruin – the shattered remains of a mighty Seraphon temple ship. Within the ship's broken hull lie artefacts of immense power and treasures of incalculable wealth. The Chameleon Skinks of the Hunters of Huanchi are determined to defend these secret wonders from those who would claim them, skulking from the shadows to ambush any invaders – but the followers of the Jade Obelisk do not seek to claim the Seraphon's secrets. Instead, these accursed iconoclasts wish to destroy the ancient relics, smashing them to rubble at the behest of their god, the Speaker in the Stone.

The first expansion for the new edition of Warcry has arrived, bringing with it two new warbands – the sinister Jade Obelisk and the stealthy Hunters of Huanchi – along with a host of carnivorous Gnarlwood terrain. In addition to these models, you'll find a double-sided game board with matching artwork, a book with background information and the rules for both warbands and the included terrain pieces, and a set of battleplan and warband cards to keep your games running smoothly.

– 64-page softcover Warband Tome: Stealth and Stone – with background, artwork, rules, quests, and campaigns for both of the two warbands in the box

– Jade Obelisk – 10 sinister stonecutters dedicated to casting down the idols of their enemies. These multipart plastic miniatures include 1x Nephrite Priestess, 1x Obelisk Bearer, 1x Idolarc, 3x Desecrators, and 4x Defacers with a variety of weapons

Whether you're jumping into Warcry for the first time or expanding on the collection you started with the Heart of Ghur box, Sundered Fate will have you playing skirmish battles between these two awesome warbands in a disturbing and deadly landscape. You will need a copy of the Warcry core rules to use the contents of this expansion box.