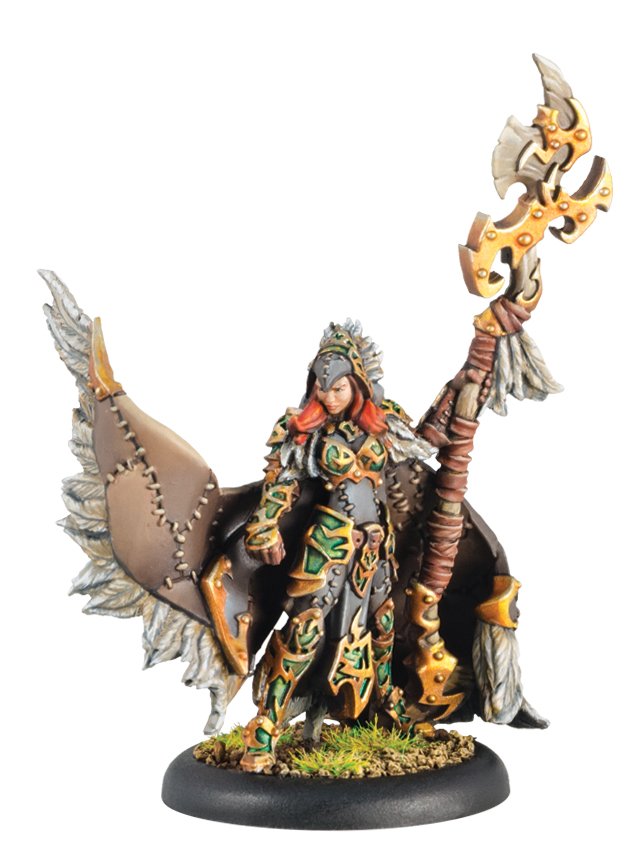 This is the full warlock version of the character solo Una the Falconer featured in Forces of HORDES: Circle Orboros Command.

FEATURES: Now a full warlock, Una the Skyhunter has mastered her control over the winged warbeasts of the Circle. Her Hawker ability grants her battlegroup warbeasts with Flight Sprint, while her Birds of Prey ability grants her battlegroup Griffons Flank [another Griffon in Una’s battlegroup]. Combined with her feat, which grants all friendly Faction models with Flight additional speed and protects them from being targeted by melee attacks, it becomes clear why she is master of the skies.

TRADE POINTS: Una the Skyhunter needs plenty of Griffon light warbeasts for her battlegroup in order to gain maximum effectiveness from her abilities. Therefore, retailers are encouraged to make sure they have an appropriate stock of Scarsfell Griffons (PIP 72061), Rotterhorn Griffons (PIP 72072), and Razorwing Griffons (PIP 72073).