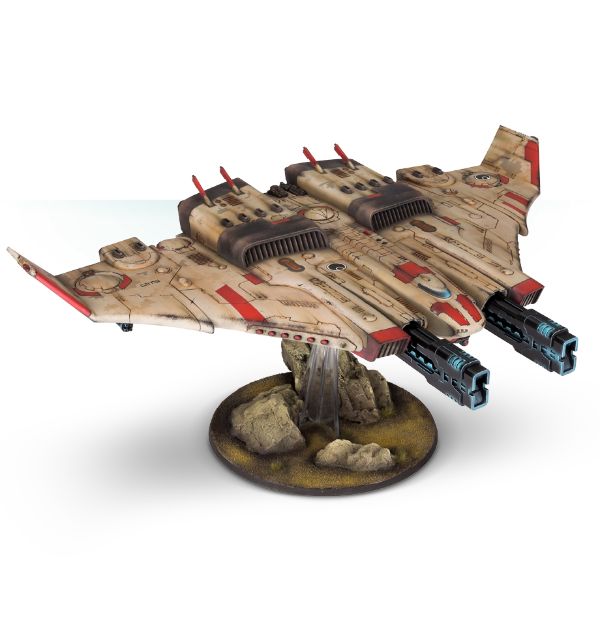 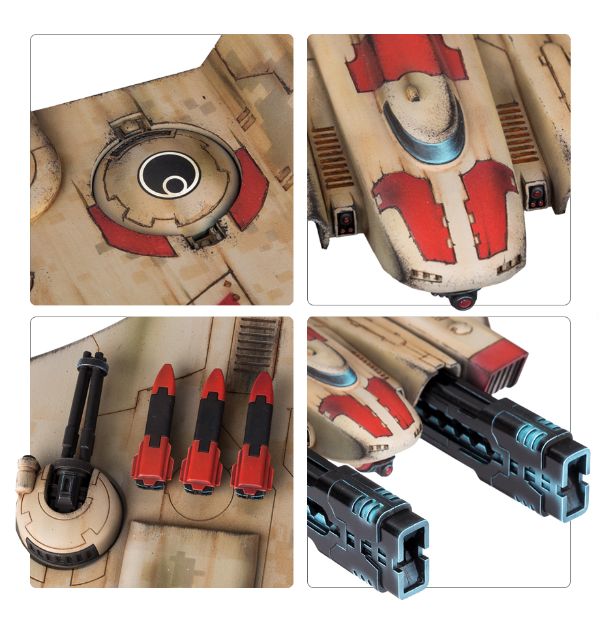 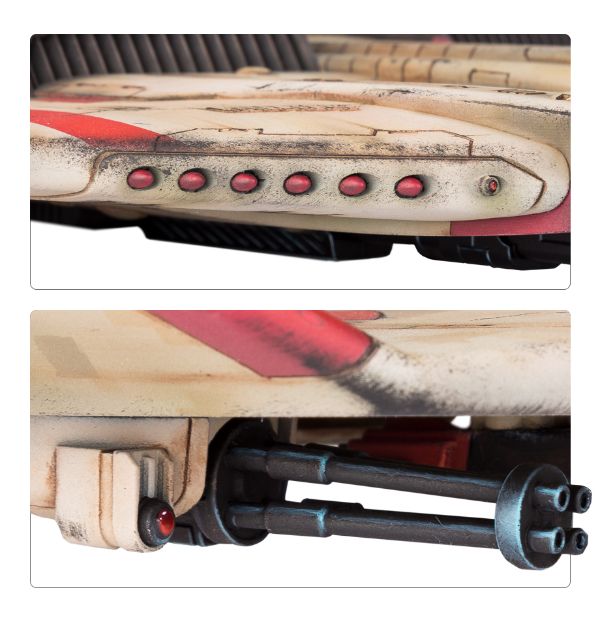 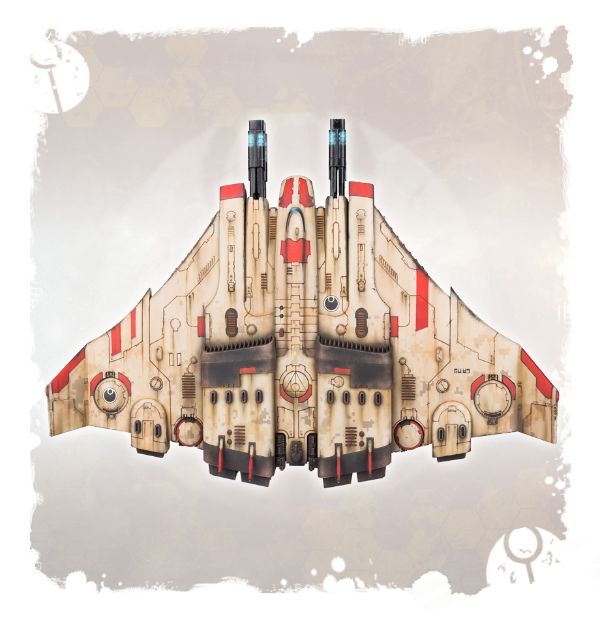 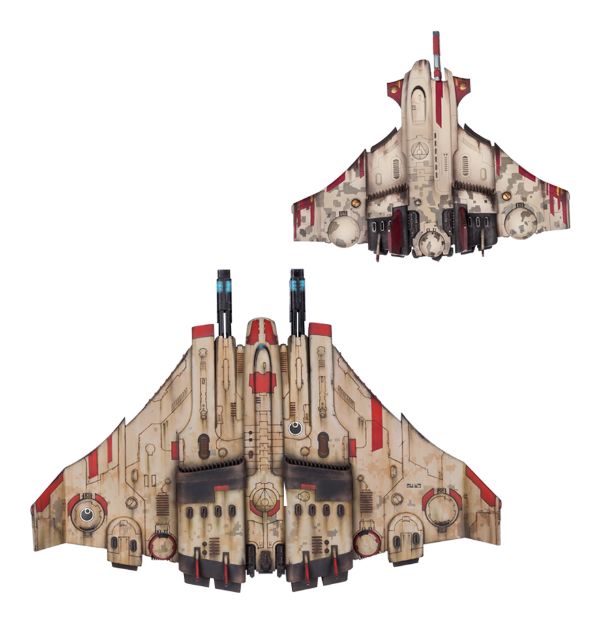 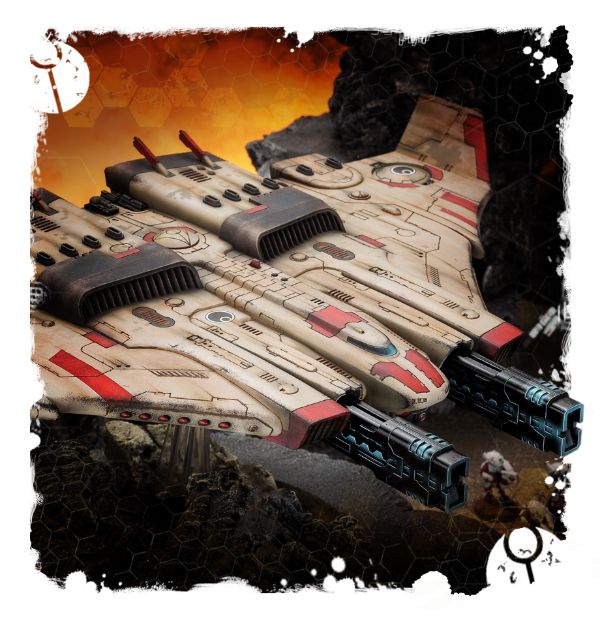 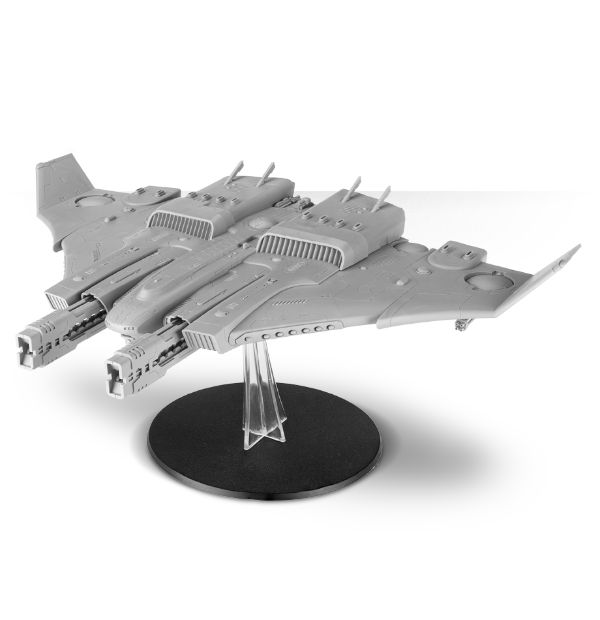 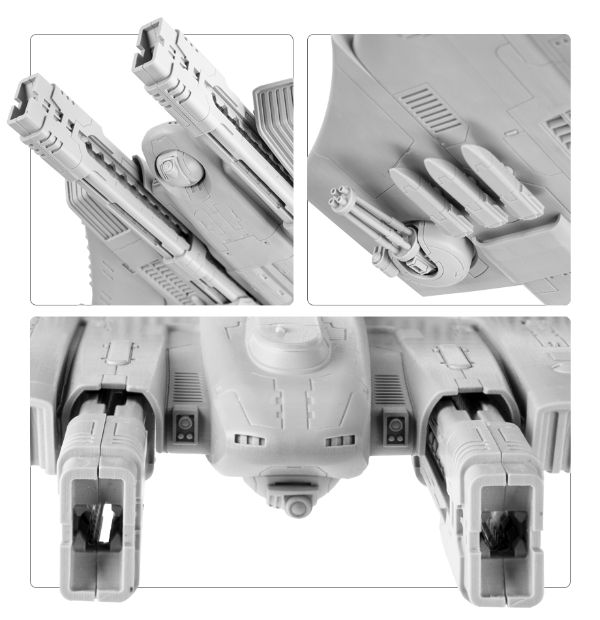 On Taros, the T’au deployed a new variant of the Tiger Shark. Codified as the AX-1-0, this heavily armed Tiger Shark replaced its drone racks and ion cannon with two heavy rail cannon and a seeker missile array. These massive weapons, usually mounted on the far larger Manta, turn the Tiger Shark into a formidable ground-attack craft, capable of engaging and destroying super-heavy tanks and Titans.

Designed to cut through the air like a knife while deploying the kind of apocalyptic weaponry that no craft of its sleekness and efficiency really has any business wielding, the T’au Tiger Shark AX-1-0 is a complete multi-part resin kit. It features several modelling options – there is a choice of either long-barrelled cyclic ion blasters or burst cannon for the wing-tip drones, and the undercarriage can be modelled open or closed. Struts and landing gear are supplied for the open undercarriage option, and there are recessed areas sculpted into the underside of the miniature – should you wish to use magnets in order to switch between the open or closed undercarriage at your leisure, the space is there.

Besides those options, the kit is covered in details; whilst obviously dominated by the 2 enormous heavy rail cannon (perfect for puncturing Titans), there are also 6 seeker missiles, upper and lower exhaust systems for each of the 2 engines, 2 electronic countermeasure pods and 2 chaff launchers.