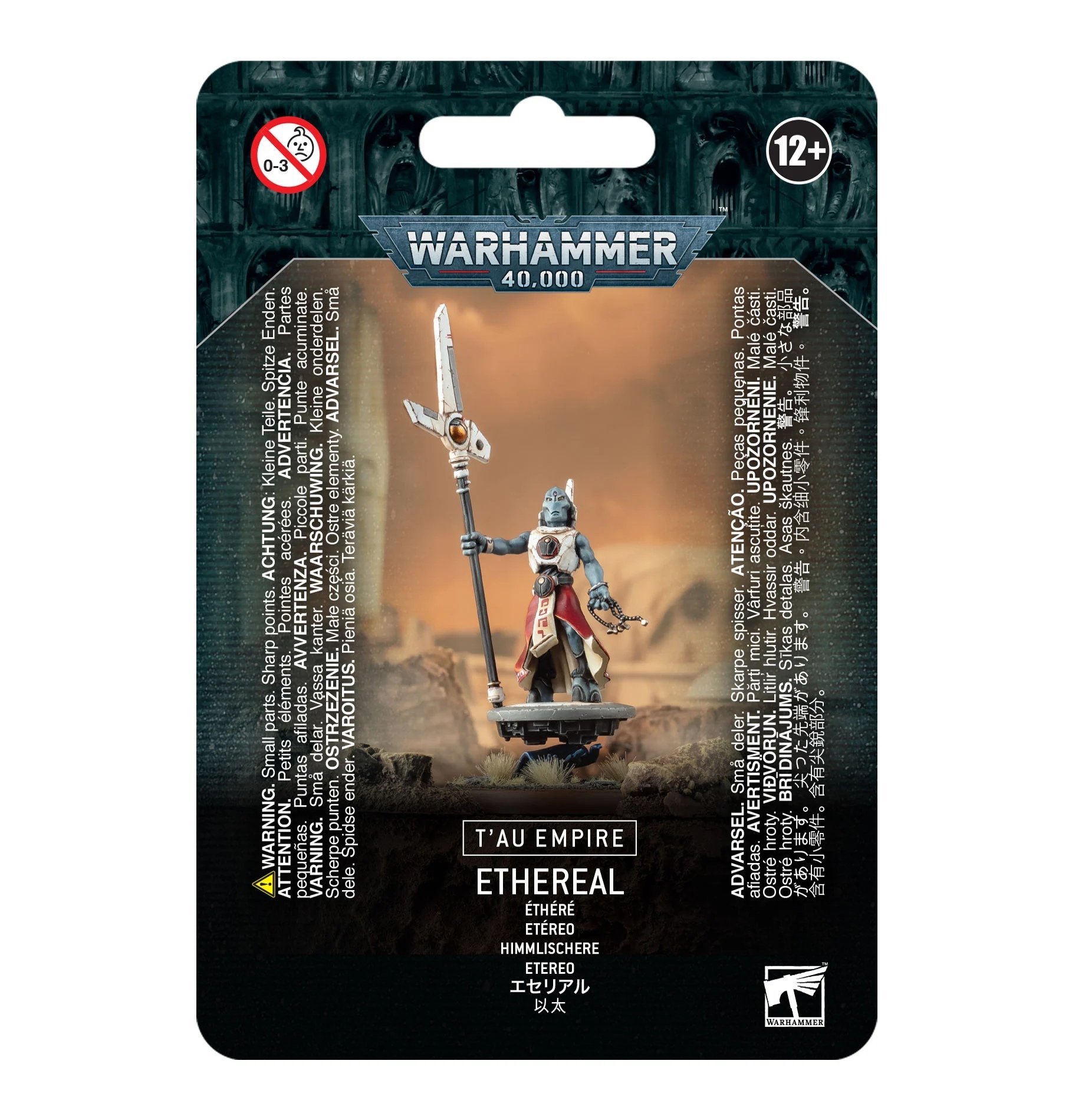 The Ethereals are serene and wise – spiritual leaders of the T’au who embody the wisdom and unity of the Greater Good. In times of war, they take to the field in person, fighting with ritual weapons, skimming above the battle aboard hover drones and invoking the fundamental might of the T’au Empire's warlike castes.

Inspire your T'au Empire forces with an Ethereal. Reluctant warriors armed with honour staves, Ethereals prefer to use Innovations to boost the effectiveness of their T'au underlings. Equipped with a hover drone, the Ethereal can quickly provide support and inspiration where it is most needed.

This 10-piece plastic kit makes one Ethereal and is supplied with a 40mm Citadel round base.