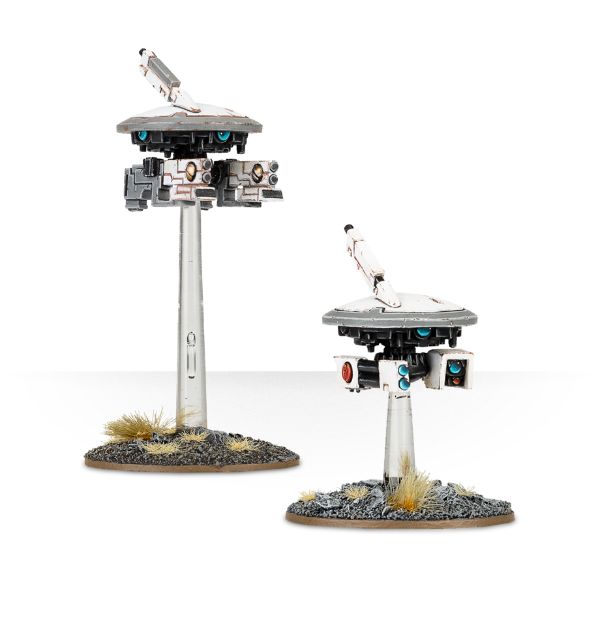 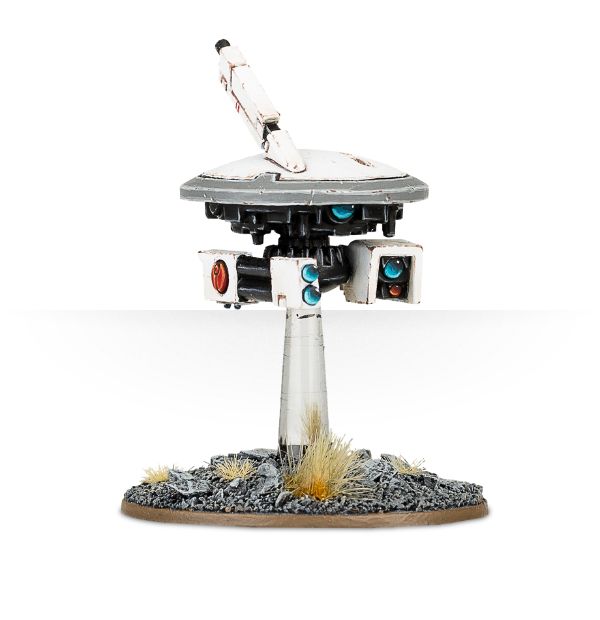 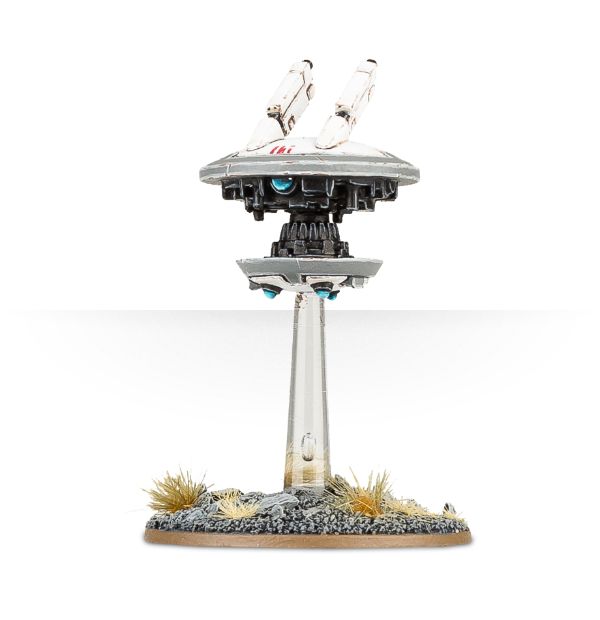 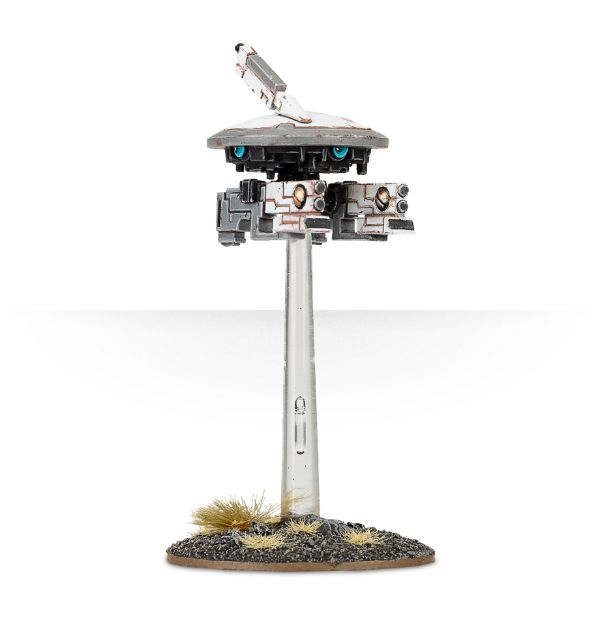 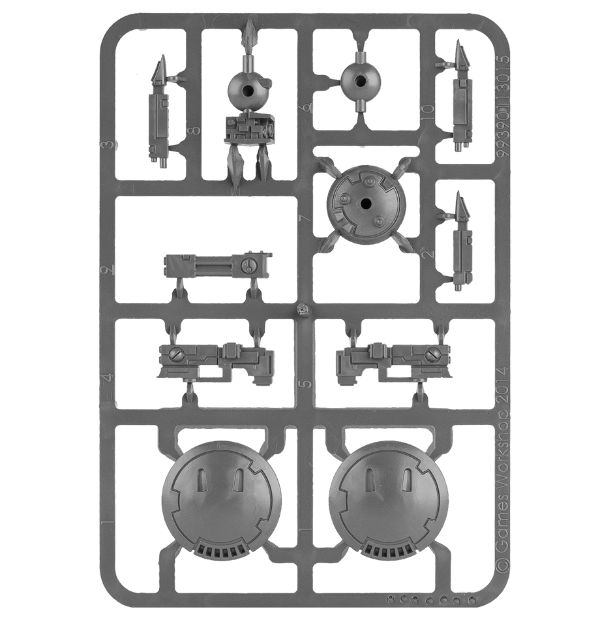 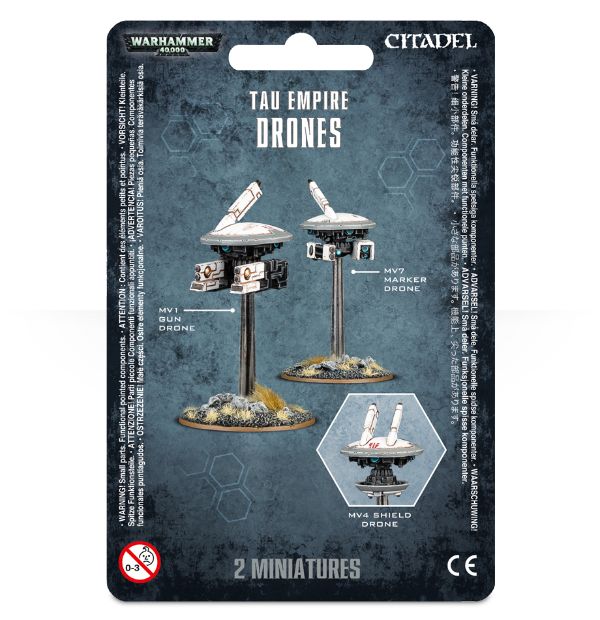 Darting through even the most hostile environments with ease, Tau Drones are guided by a networked AI of impressive capabilities. Data flows back and forth constantly between them, advising and distributing information on threats, optimal paths and targets instantaneously, creating a blanket of tactical firepower across entire battlefields. Were these drones merely information-gatherers they would be dangerous enough, but their abilities to create shields, mark targets and destroy enemies make them immensely useful offensive weapons as well as the definition of machine-cunning.

This multi-part plastic kit gives you everything you need to build two Tau Drones, highly-advanced and highly-mobile automata of the Tau Empire. You have the option of assembling any two of the following - one shield drone, one marker drone and one gun drone. Eleven components are included, with two Citadel small Flying bases.