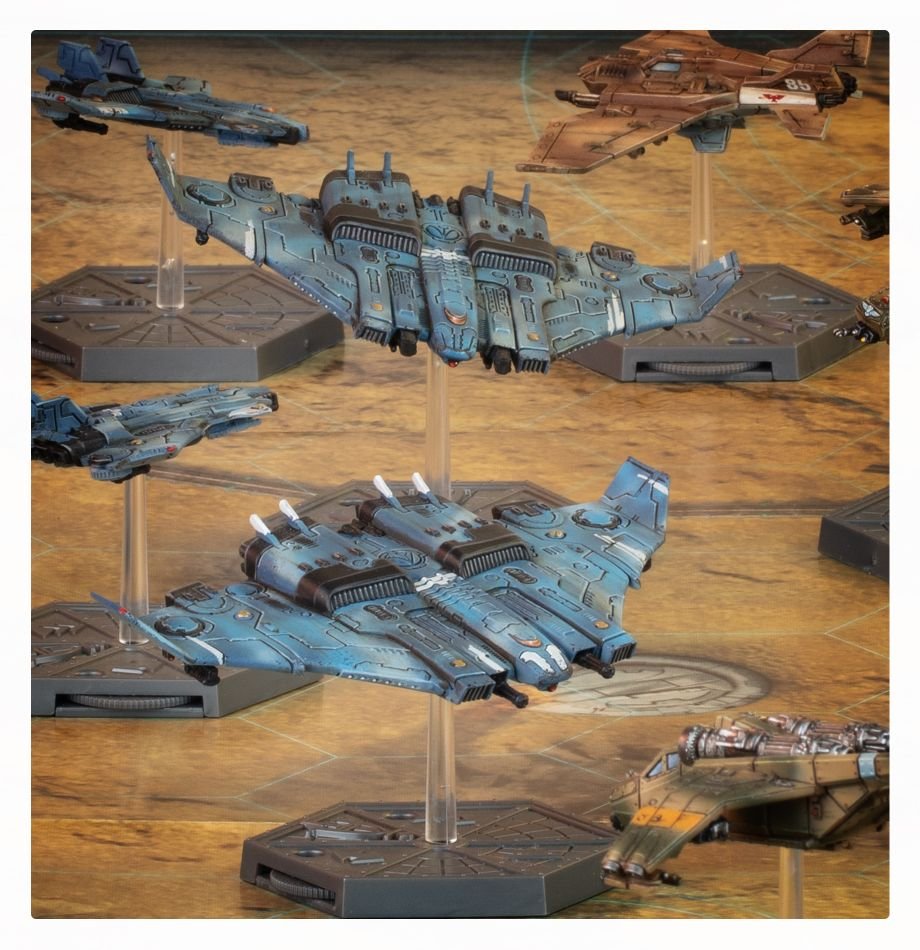 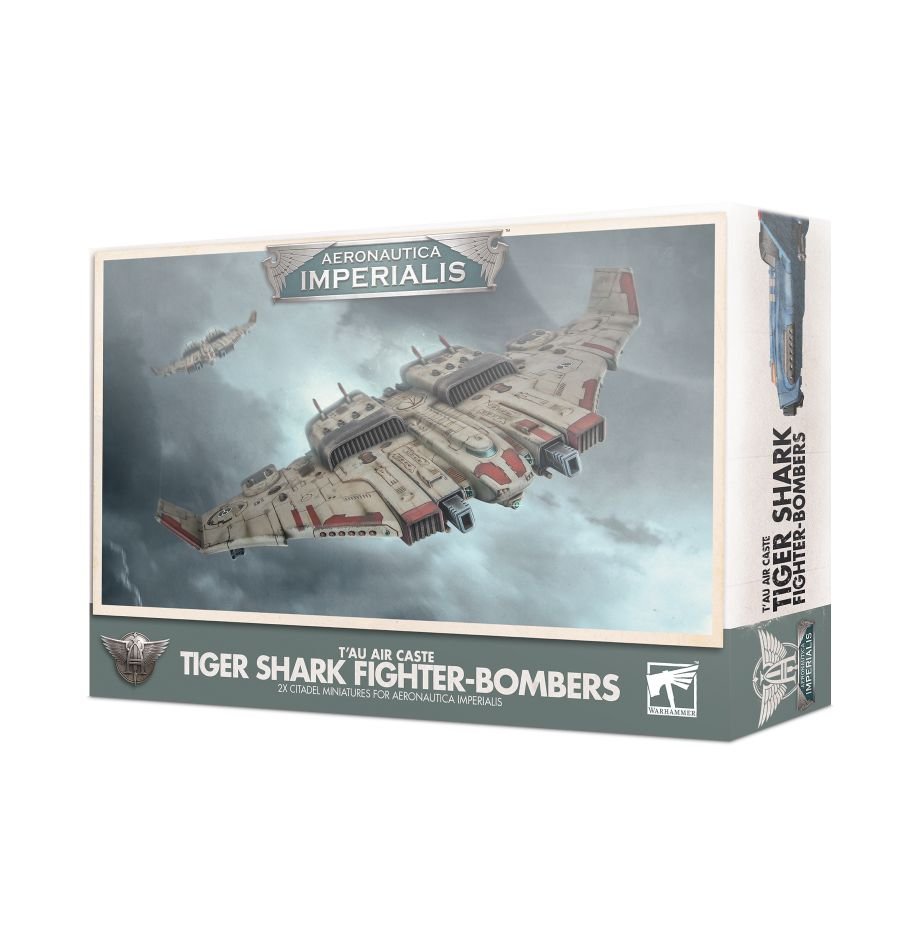 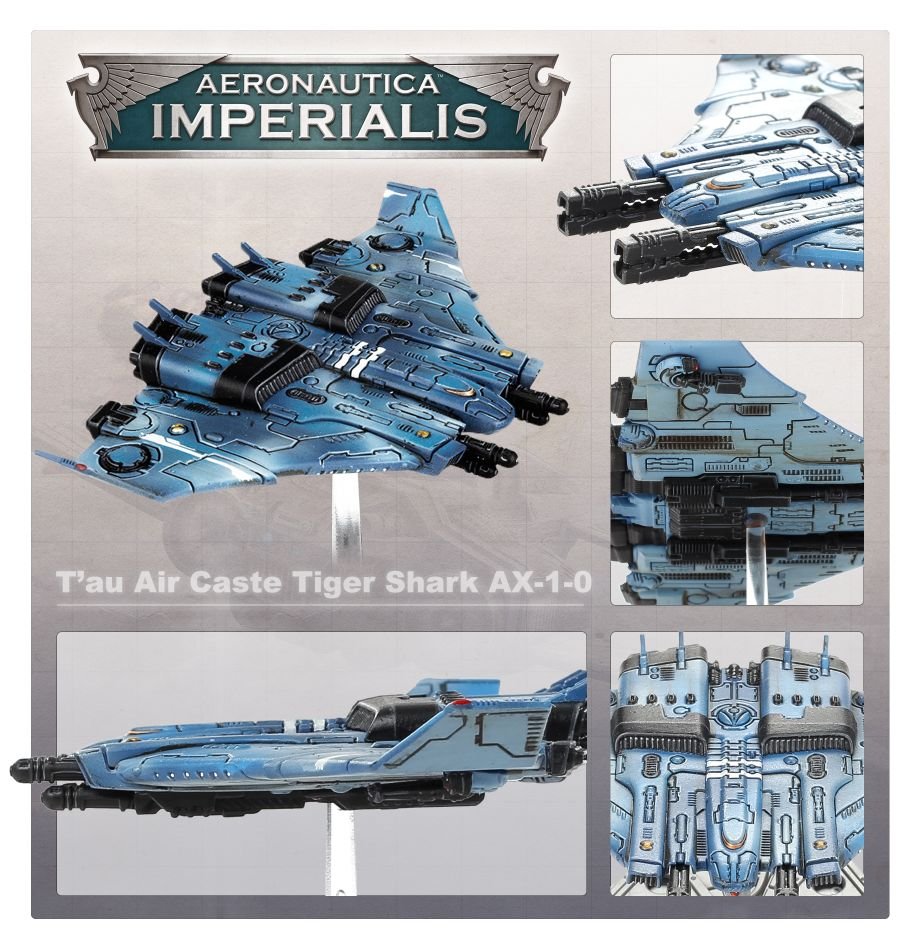 The T’au Air Caste utilises Tiger Shark Fighter-Bombers in a support role, raking ground targets with punishing strafing runs. Larger than the Barracudas and packing twice the firepower, woe betide the enemy aircraft that finds itself in target lock with these bruisers. Their transport capacity also allows them to secure ground targets after the smoke clears.

This box lets you build two Tiger Shark Fighter-Bombers. The standard AX-1-0-2 is armed with not one, but two Swiftstrike railguns, while the AX-1-0-3 variant trades them out for two Swiftstrike burst cannons and the AX-1-0-4 with paired ion cannons. All of them are armed with missile pods built into their wings, and they include drone ports to add close or mid-range support with cyclic ion blasters and long-barreled burst cannons. Add a Seeker missile bay to take out crucial targets.The set includes:- 2 plastic T’au Air Caste Tiger Shark AX-1-0-2 miniatures (can also be built as AX-1-0-3 and AX-1-0-4 variants)- 2 Aeronautica Imperialis bases (each base designates the model’s front, rear and side arcs, has speed and altitude dials, as well as a clear stand to connect the aircraft to the base)- 1 T’au Aircraft transfer sheet