Taros Area of Engagement Board 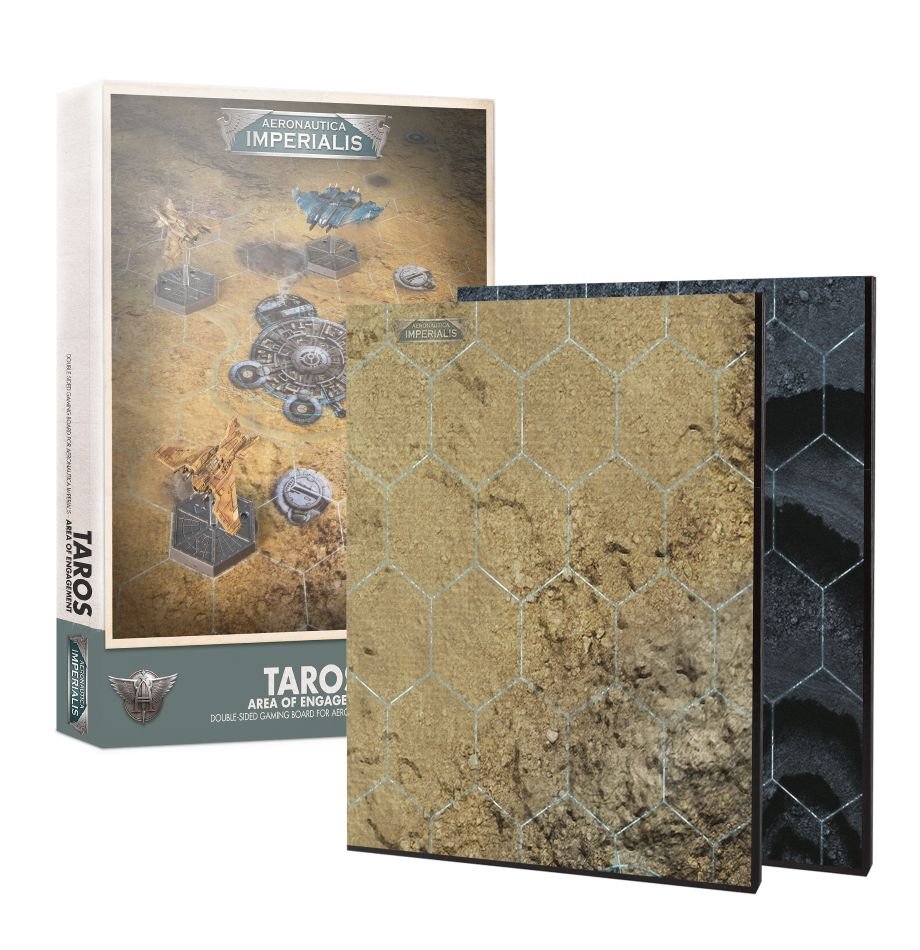 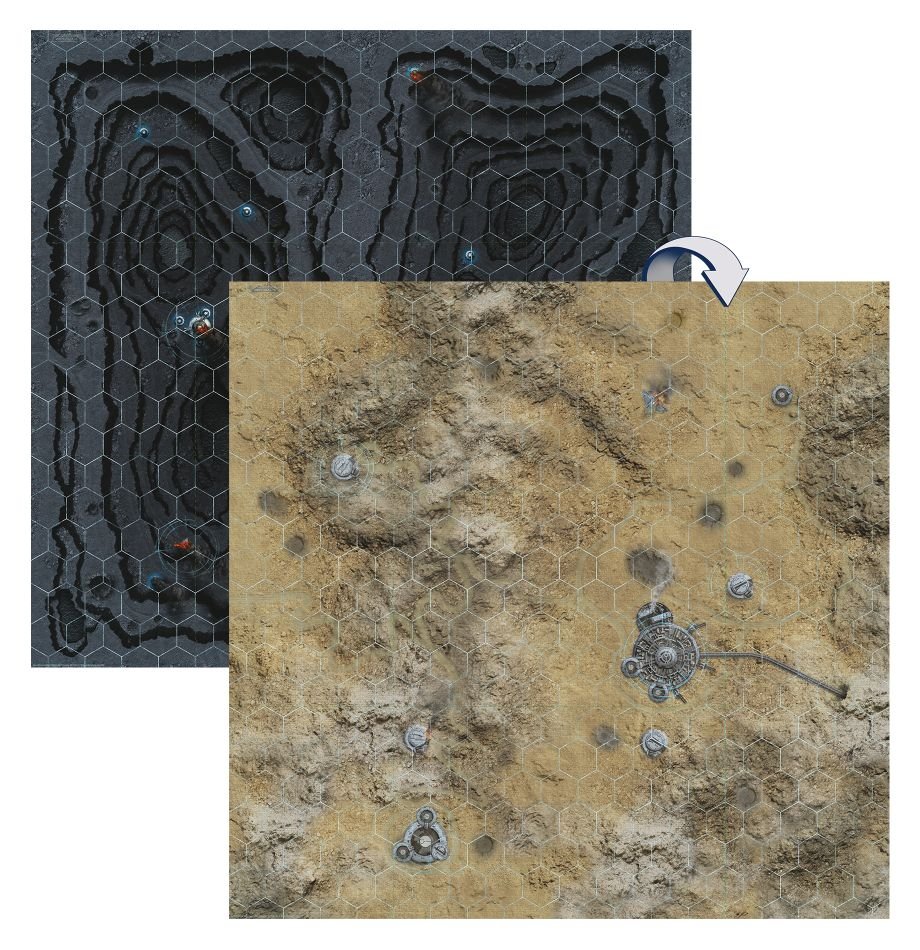 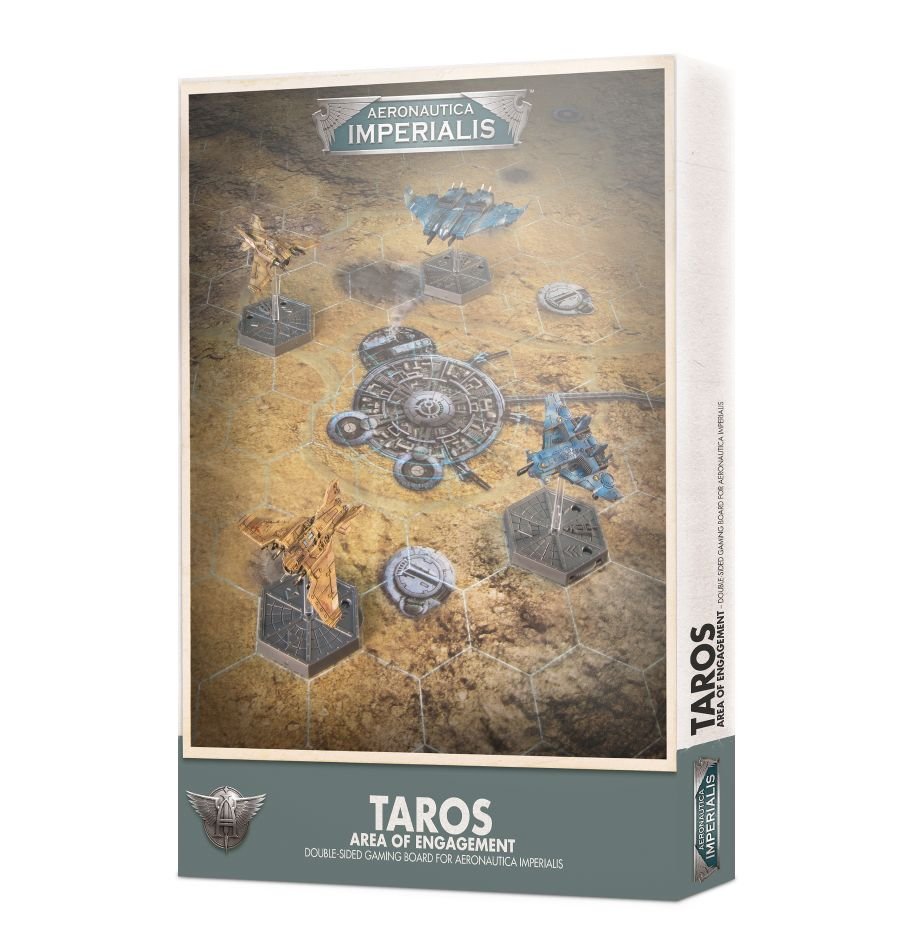 The quiet mining world of Taros became the target of the T’au Empire’s Third Sphere Expansion, and the Imperium of Mankind vowed to take it back at any cost. As the world below erupted in violent action across numerous fronts, so too did the sky become filled with fire and devastation.

This Taros Area of Engagement is a fold-out game board for Aeronautica Imperialis that represents two of the key locations in the conflict between the Imperial Navy, Astra Militarum, and T’au Air Caste. Measuring 19 hexes by 18 hexes (or roughly 3’ by 3’), this game board is even bigger than the one found in the Aeronautica Imperialis: Skies of Fire boxed game.The double-sided game board comes in two pieces and features artwork depicting the following aerial war zones:- Side 1: The Furnace – the skies above a T’au Empire military outpost nestled in the mountains, including a space elevator- Side 2: The Grand Reservoir – a vast subterranean water purification system, including tight confines for tense dogfights

You'll need a copy of the Taros Air War Campaign book or the Aeronautica Imperialis: Skies of Fire boxed game to use this game board.