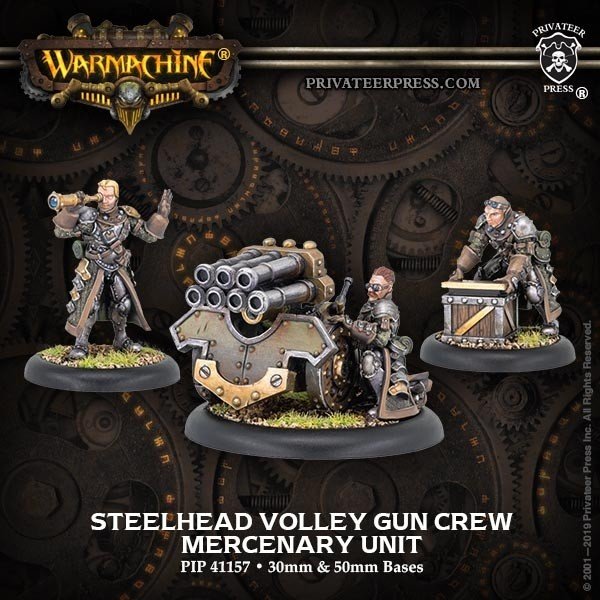 Engineered as a modified variant of an Ordic weapon first invented by Midfast Munitions, the Steelhead Volley Gun can unload a steady barrage into enemy lines. It utilizes a double-rowed rack of seven barrels firing solid shot in sequence to batter infantry and even light warjacks into oblivion. The crews manning these weapons are in constant motion as they compensate their trajectories after the recoil of previous shots and then reload to begin another cycle of destruction.