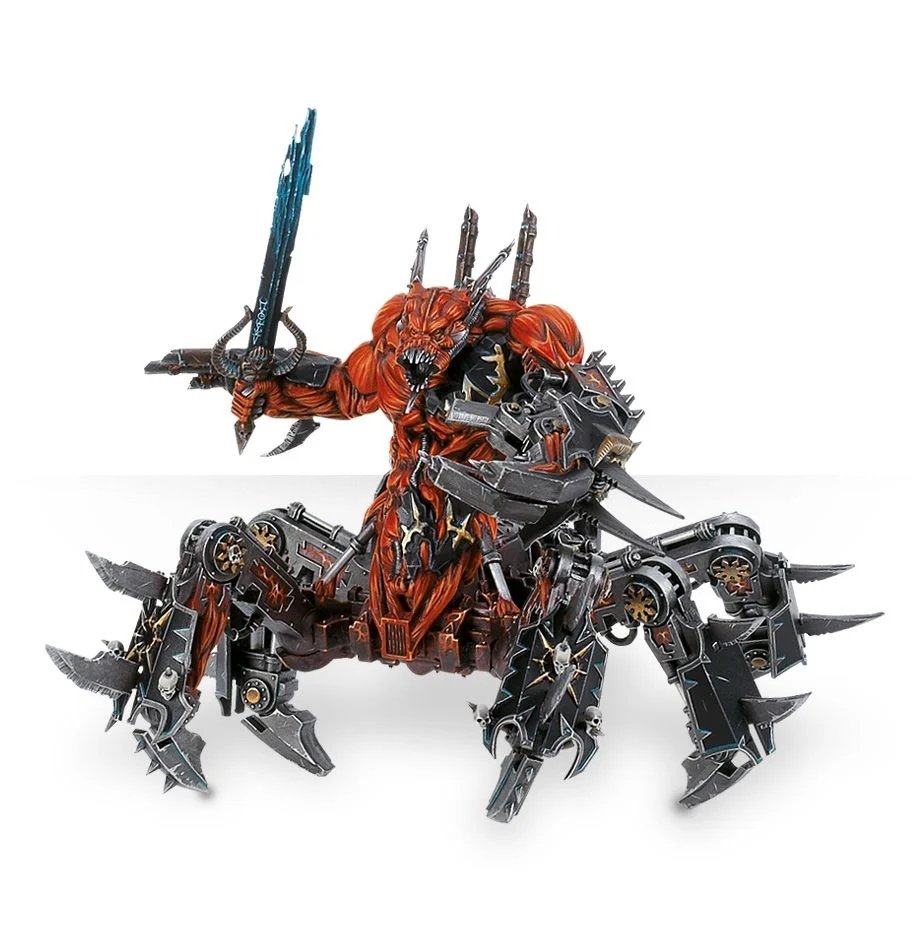 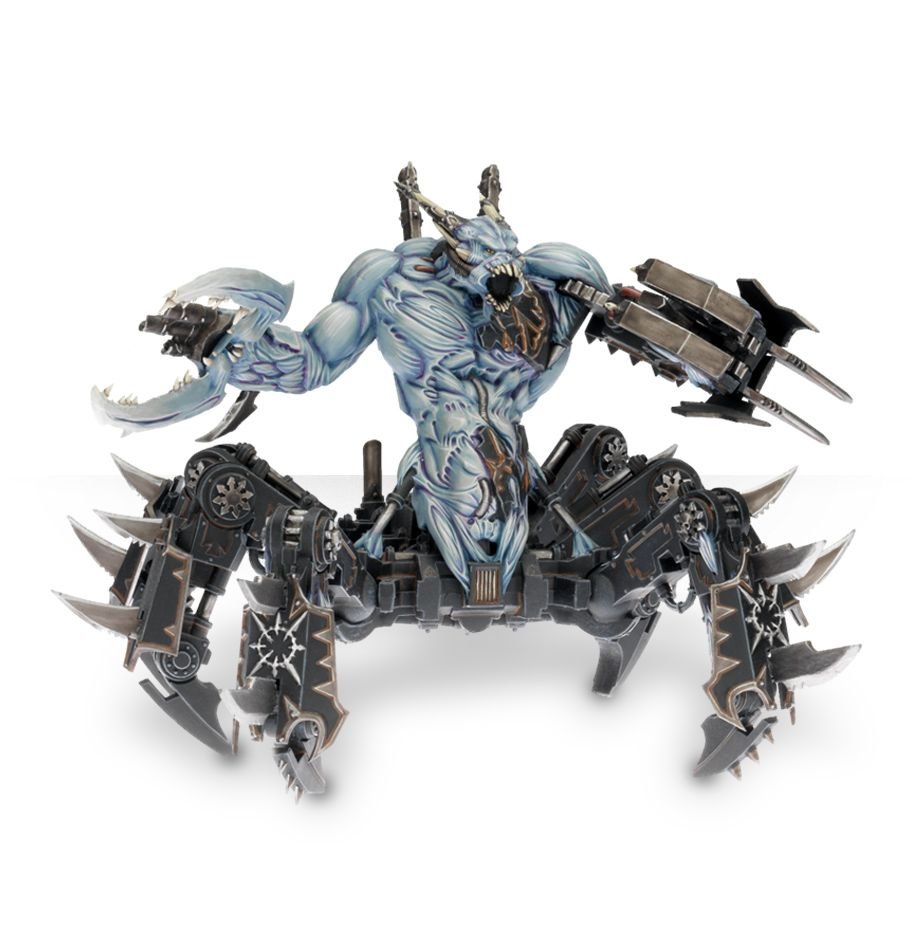 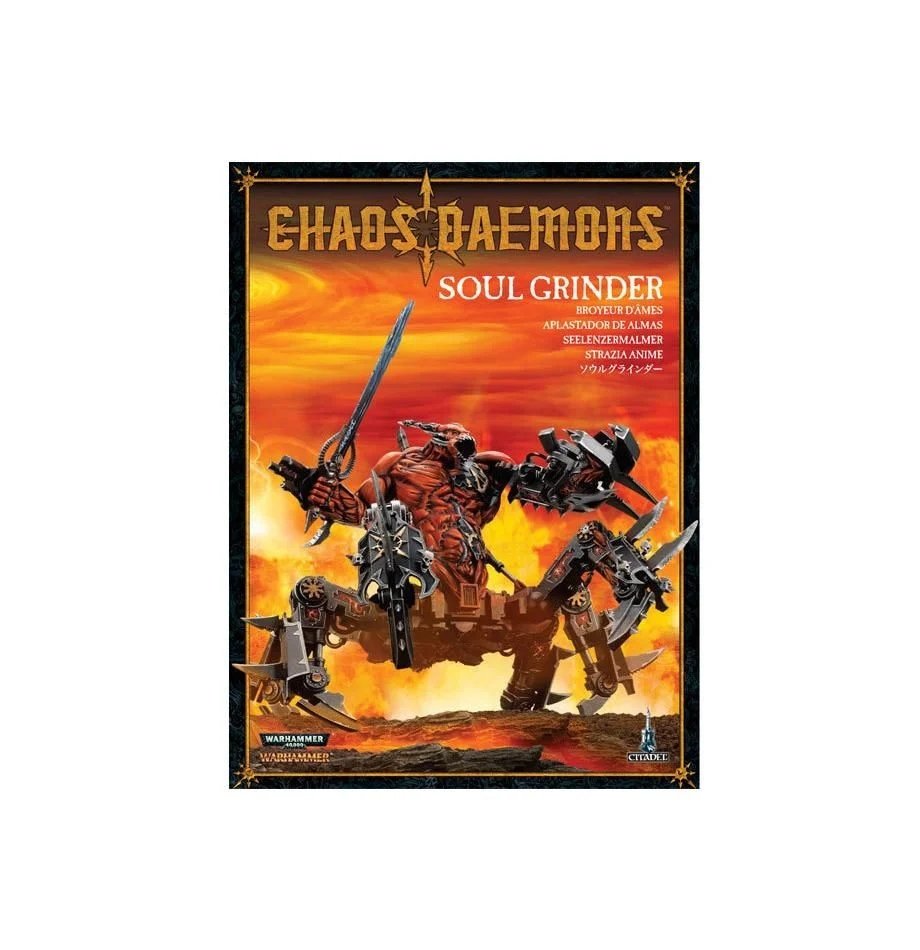 From the dark bowels of the Forge of Souls come all manner of hideous and unholy weapons. By means of the perverse technologies of the artisans of Chaos, daemonic energies are fused with arcane metals to create potent weapons and talismans, to be used by the Daemons in their eternal warfare. Greatest of all such constructs are the dreaded Soul Grinders - a fusion of the most powerful daemonic entities with machines of war. In battle, Soul Grinders form the armoured spearhead of the daemonic hosts, using their massive firepower to hammer the enemy lines, covering the rank-and-file troops of the Dark Gods as they close in with the enemy.

The Soul Grinder is an immense creation. The top half of the model, from waist to head, consists of grim-looking, exposed tendons and musculature. But from the waist down, and at certain extremities on its head and arm, it is fused with barbaric metal. Its many legs are chunky plates of metal or thick blades, and they are covered in intricate details from pistons and skulls to the Chaos star; yet they still display the occasional flash of flesh to denote that this is not fully a machine. As well as one huge metal claw, the model can be armed with either a massive blade or a chitinous claw.

This multi-part plastic boxed set contains 63 components and a 100mm x 150mm base, with which to build one Soul Grinder.

You can use this kit for collections of both Warhammer and Warhammer 40,000 miniatures.