Remus Ventanus – The Saviour of Calth 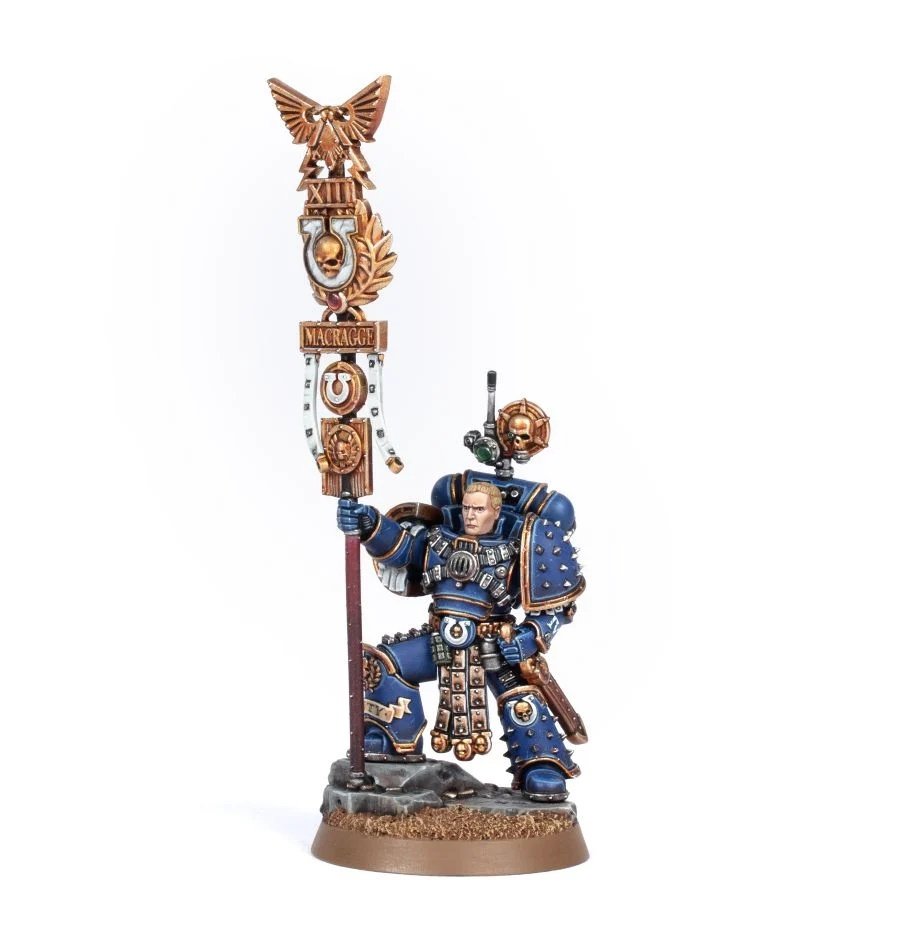 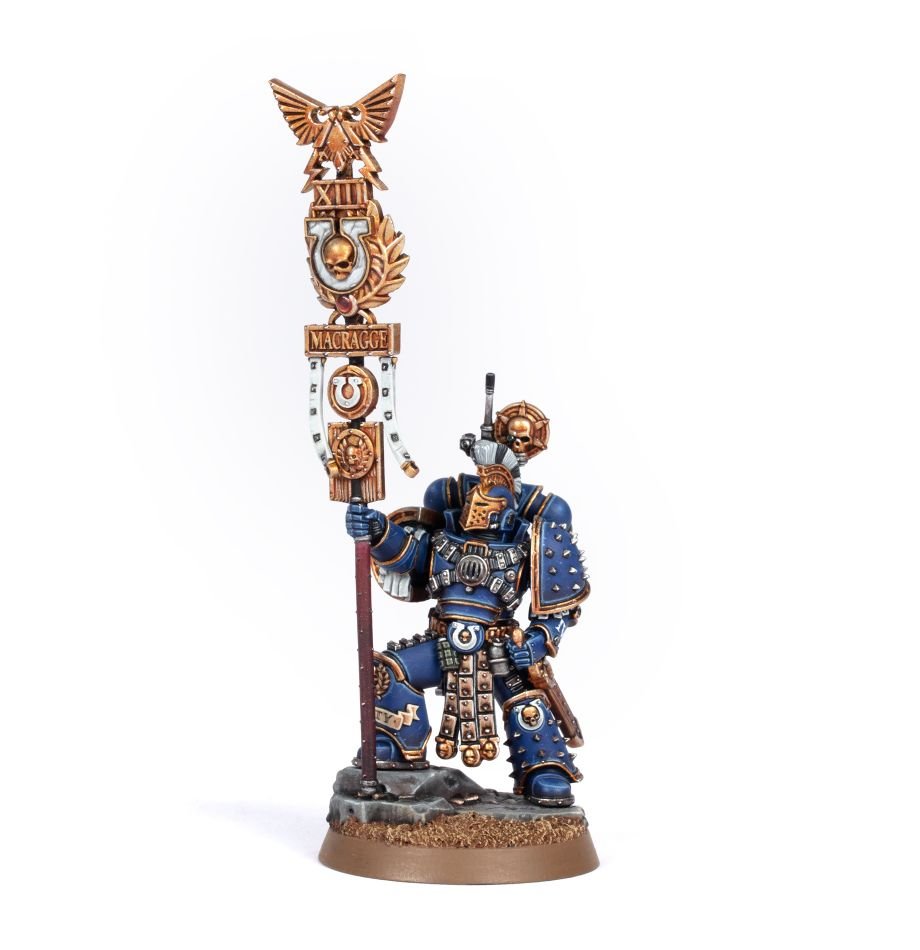 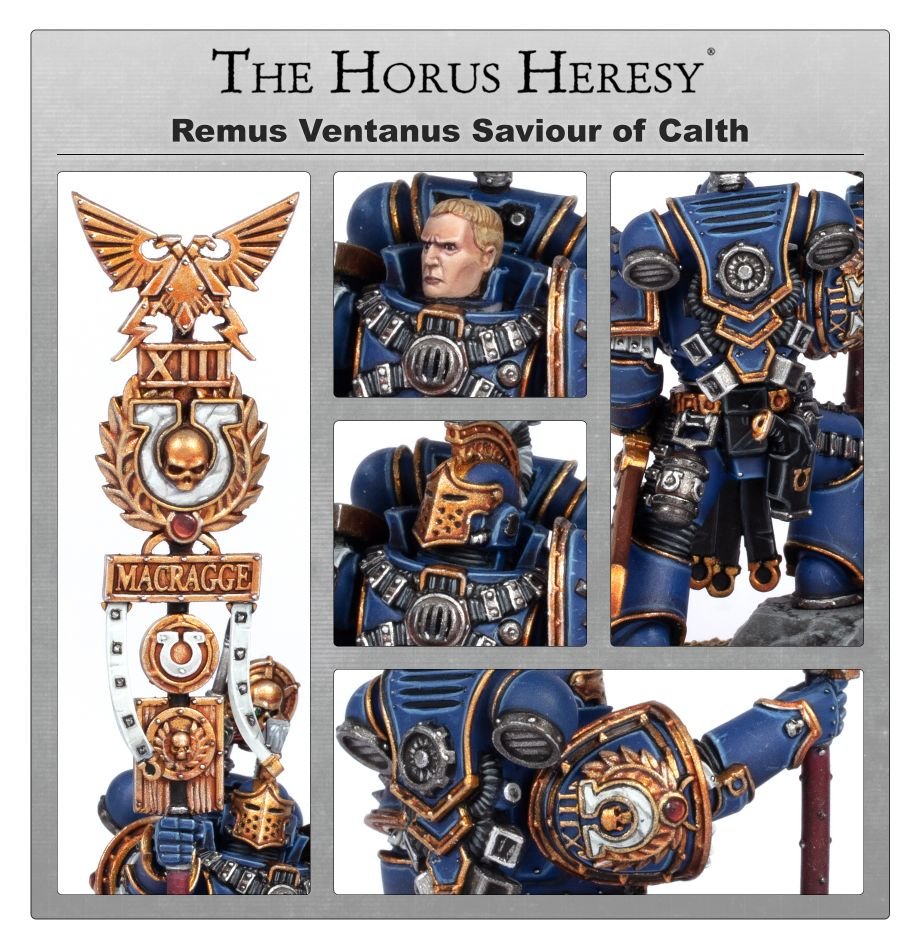 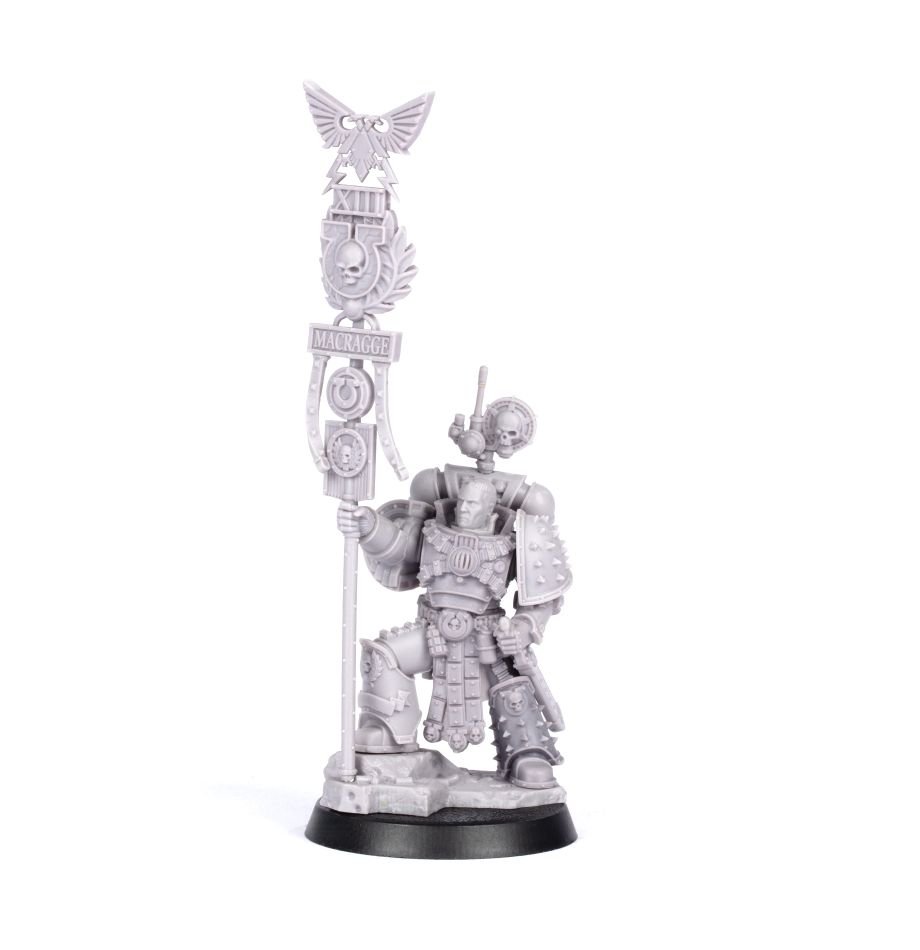 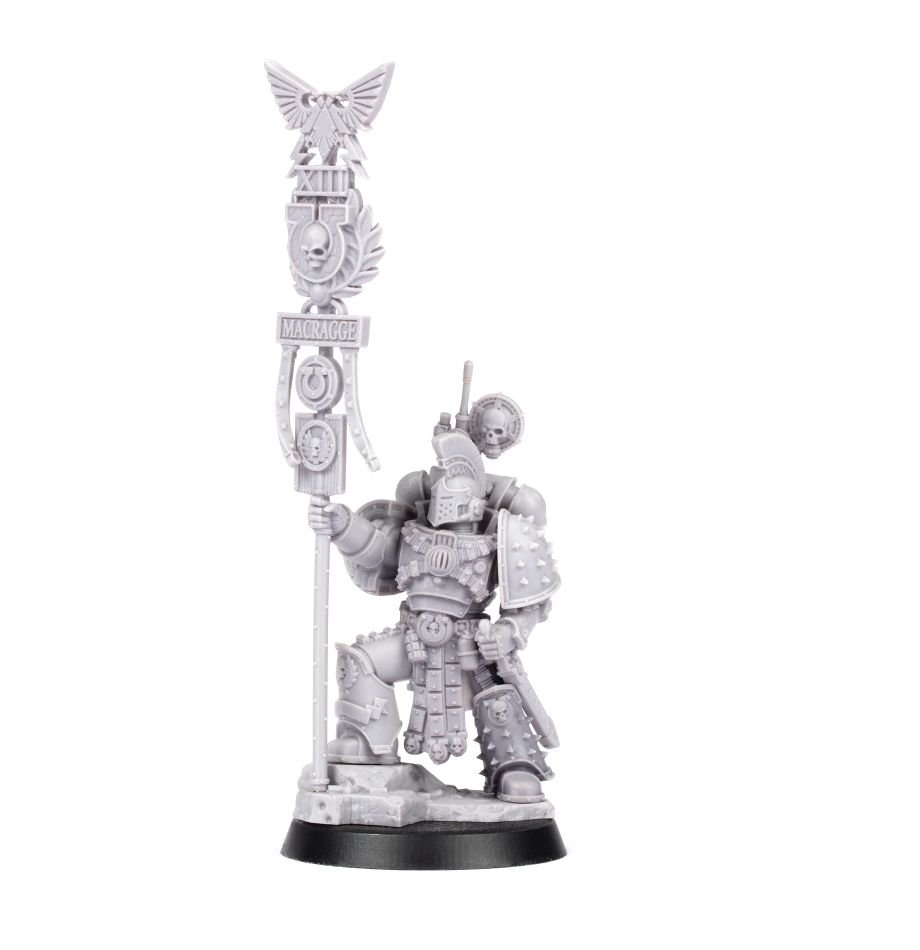 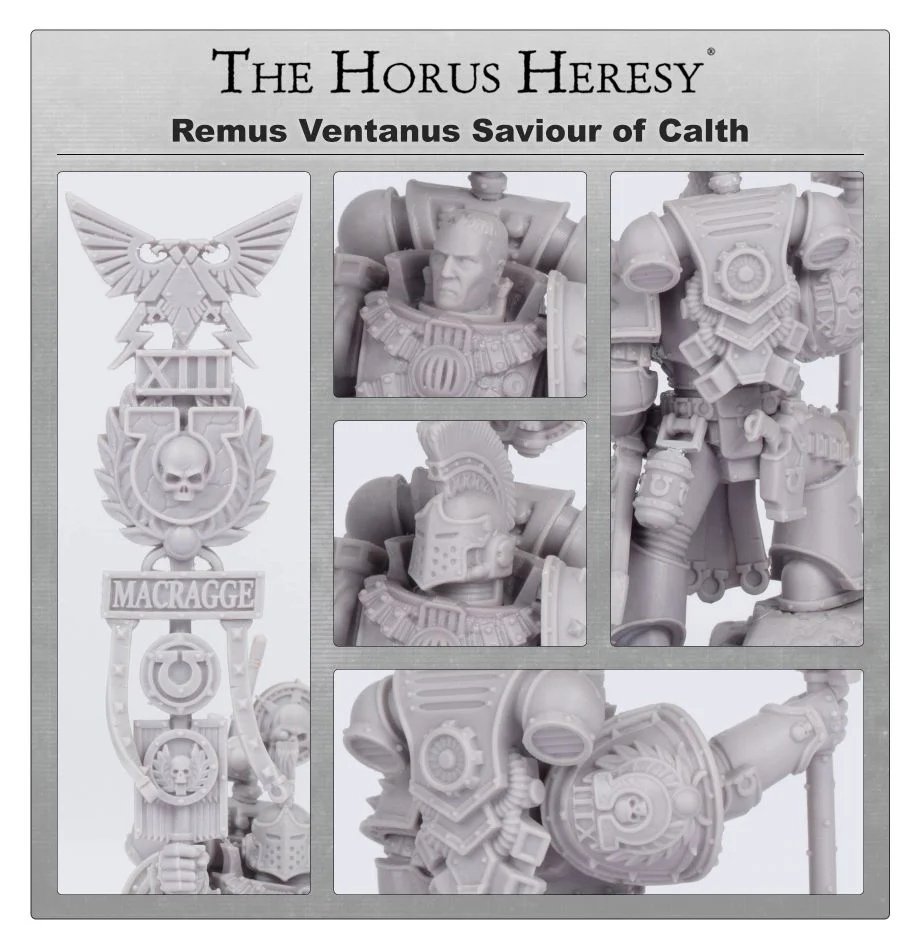 Remus Ventanus was central to the XIII Legion’s counter-offensive on Calth when the Word Bearers attacked. Ventanus commanded the shattered remnants of the Ultramarines to regain the Calth defence grid. He continued to fight even as his Primarch issued the order to evacuate the dying planet. Ventanus led his forces, and as many civilians as he could, into the subterranean arcologies under the surface. His deeds throughout the subsequent Calth Underworld War meant he became known as the Saviour of Calth.

This 15-piece, multipart resin kit builds one Remus Ventanus for use in games of The Horus Heresy. His fine armour is replete with iconic Ultramarines details, from the crest on his Praetorian pattern helm to his gladius-style power sword. The Legion standard is hard to miss, and he’s also equipped with a Nuncio-vox unit mounted to his power pack. Ventanus can be assembled with or without his ornate helmet.

This kit comes with a 32mm round base. Rules to use Remus Ventanus in your games can be found in Horus Heresy Legiones Astartes: Age of Darkness Legions and The Horus Heresy Book Five – Tempest.

This miniature is supplied unpainted and requires assembly – we recommend using Citadel paints.