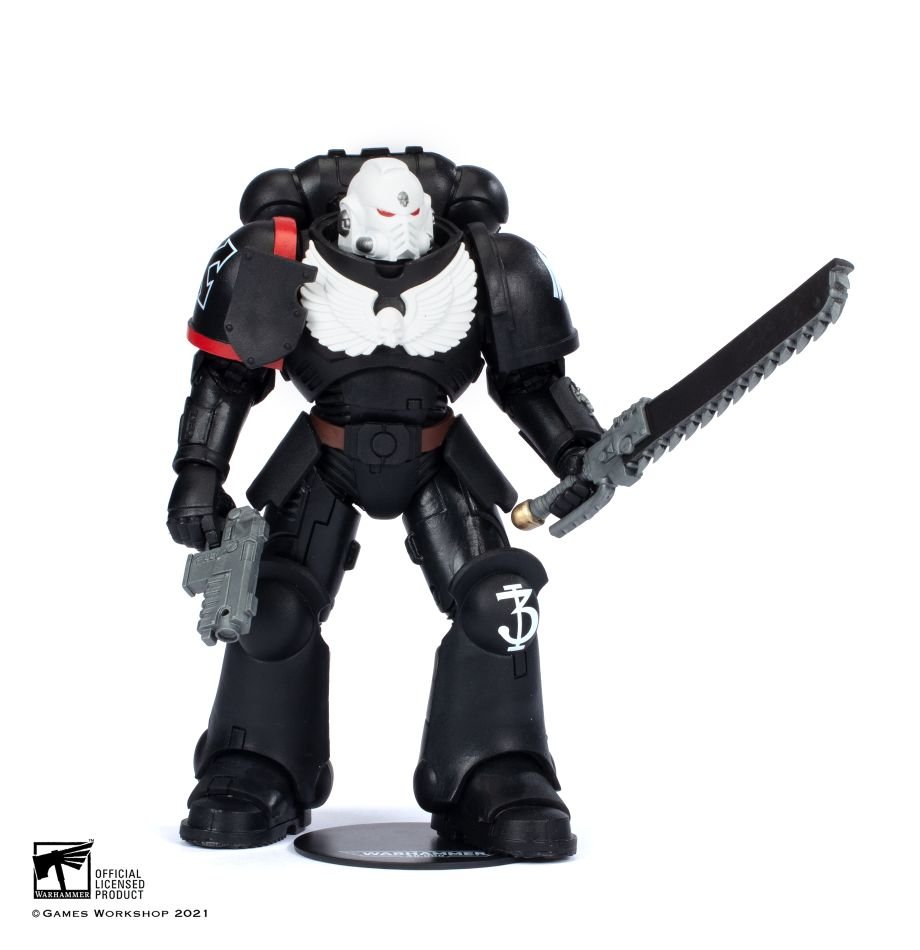 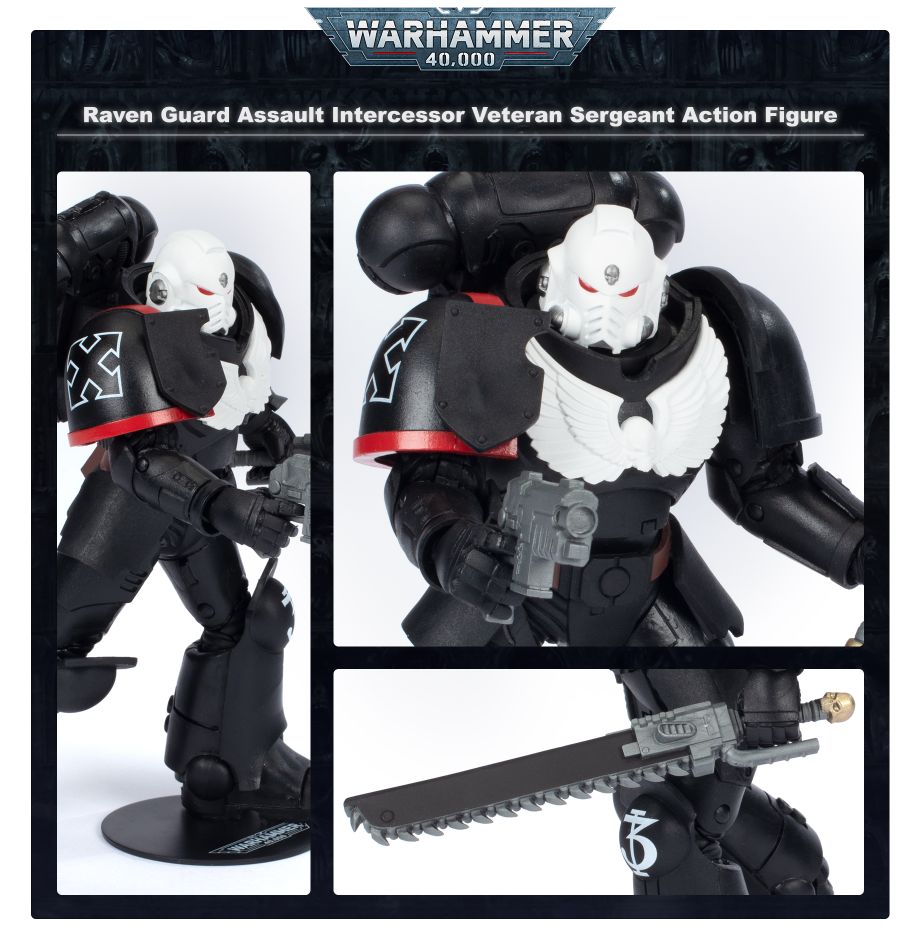 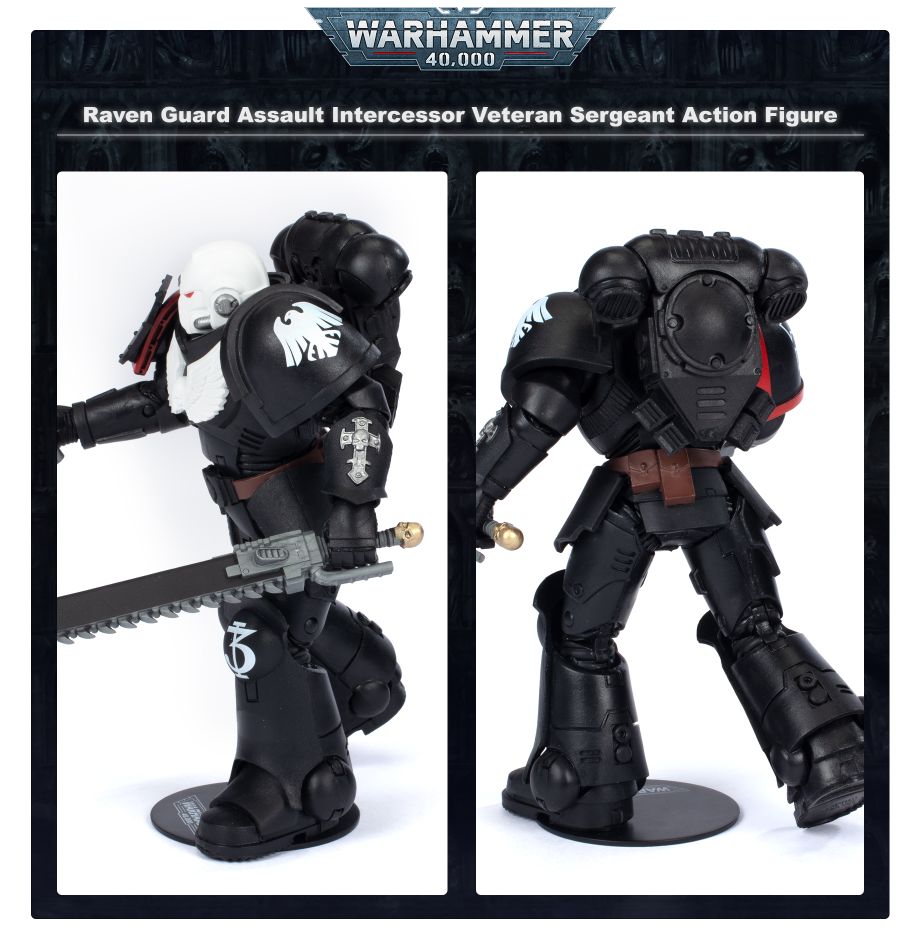 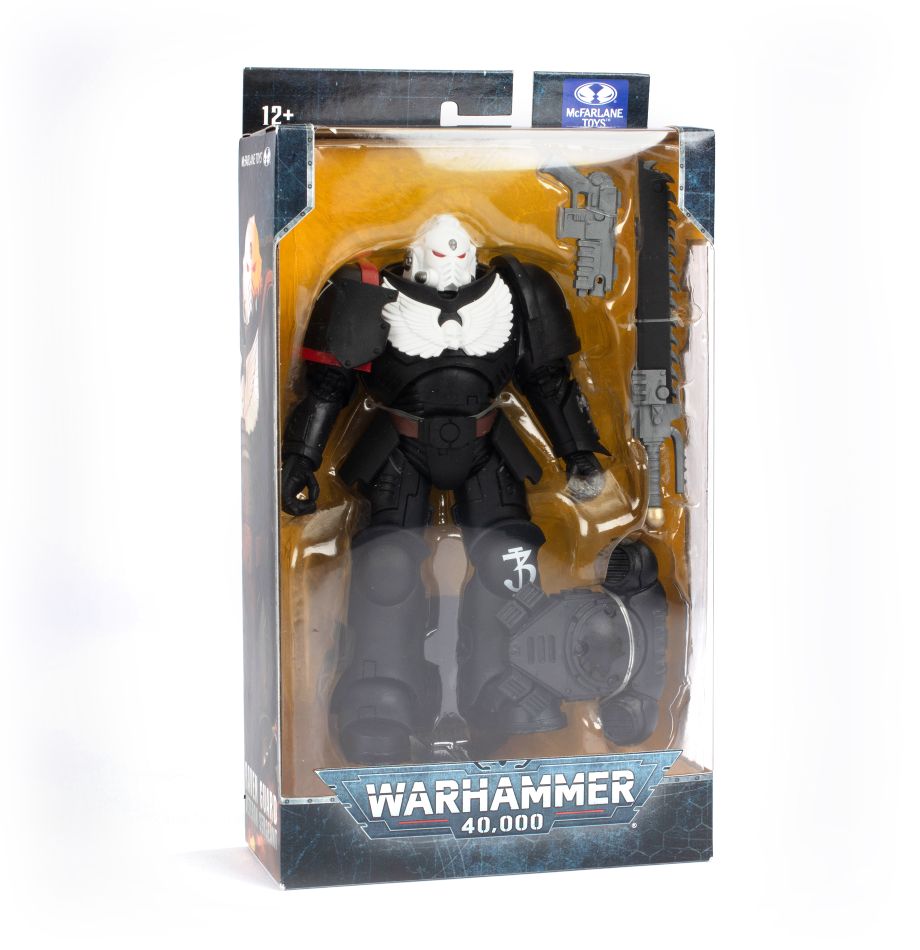 From the dark moon of Deliverance come the Raven Guard, the subtlest and most cunning of all the Emperor's Adeptus Astartes. Black-clad, pale-fleshed, and dark-eyed, the Raven Guard are masters of the swift strike and the shadowed advance, ambushing their enemies with talons flashing and guns blazing before vanishing into the gloom to attack again from another angle. They specialise in airborne assaults, wings of hurtling aircraft, and squads of jump-pack troops falling upon the enemy and ripping them apart before the foe even realises the battle has commenced.

This awesome action figure represents a Primaris Assault Intercessor Veteran Sergeant of the Raven Guard Chapter. It will no doubt be displayed prominently on your shelf to amaze and inspire you for years to come. Of course, nobody could blame you for spending hours putting him into dynamic power poses while making "blam blam" noises for his heavy bolt pistol and “vroom vroom” sounds for his astartes chainsword – the figure has 22 points of articulation to allow you to do just that.

This 7” figure is cast and assembled with the exceptional quality you'd expect from McFarlane Toys. The paint job is highly detailed, conveying the gloomy armour in which the Raven Guard shroud themselves, with the white and red details befitting a Sergeant. This figure also comes complete with a base to stand the model on to keep it steady on your shelves. It comes packaged in a display box with a window to allow you to admire your figure should you choose to keep it boxed.