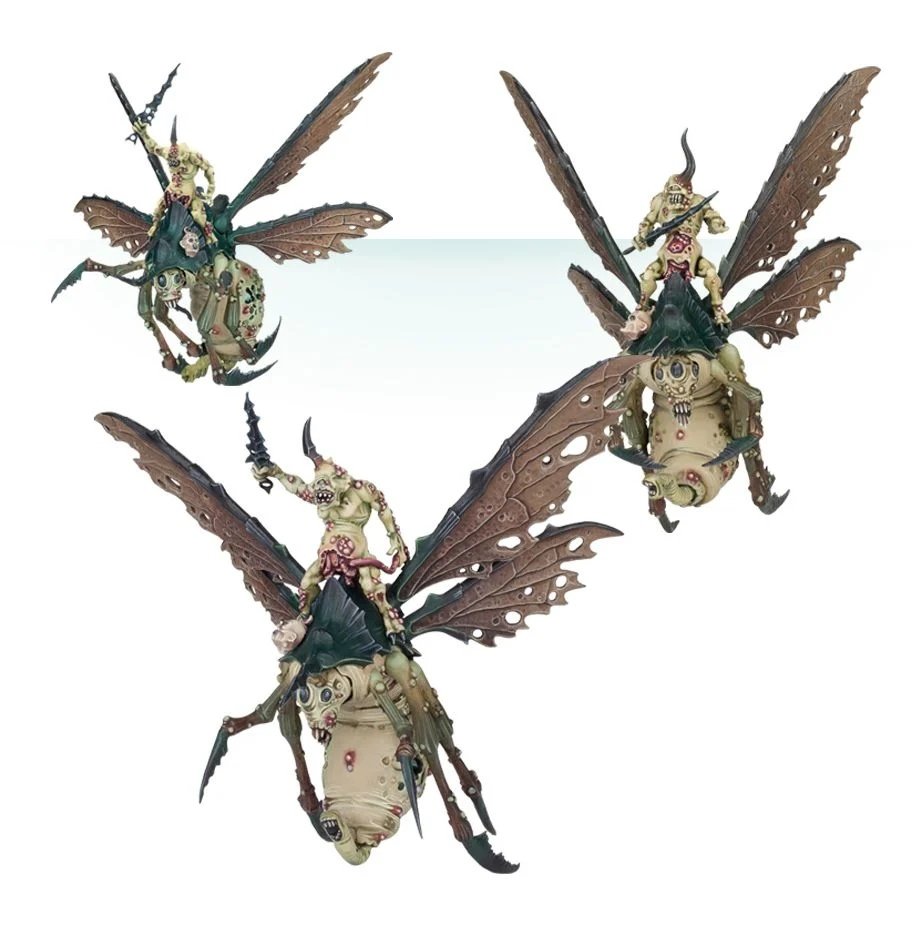 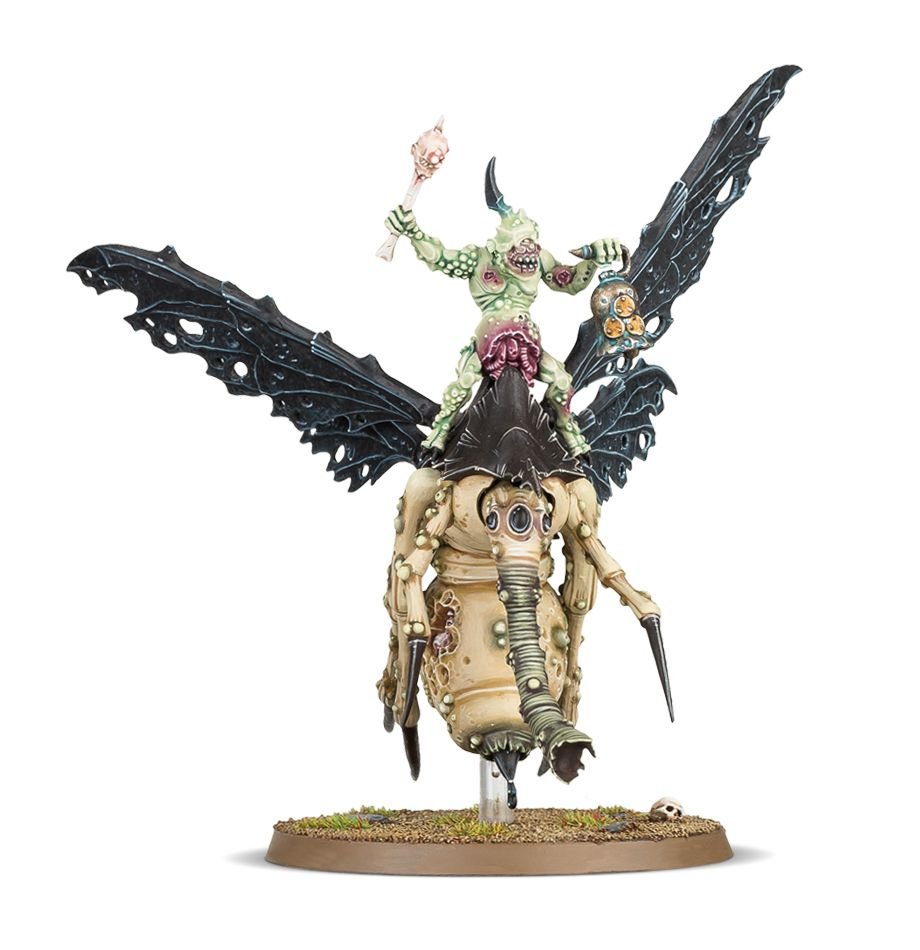 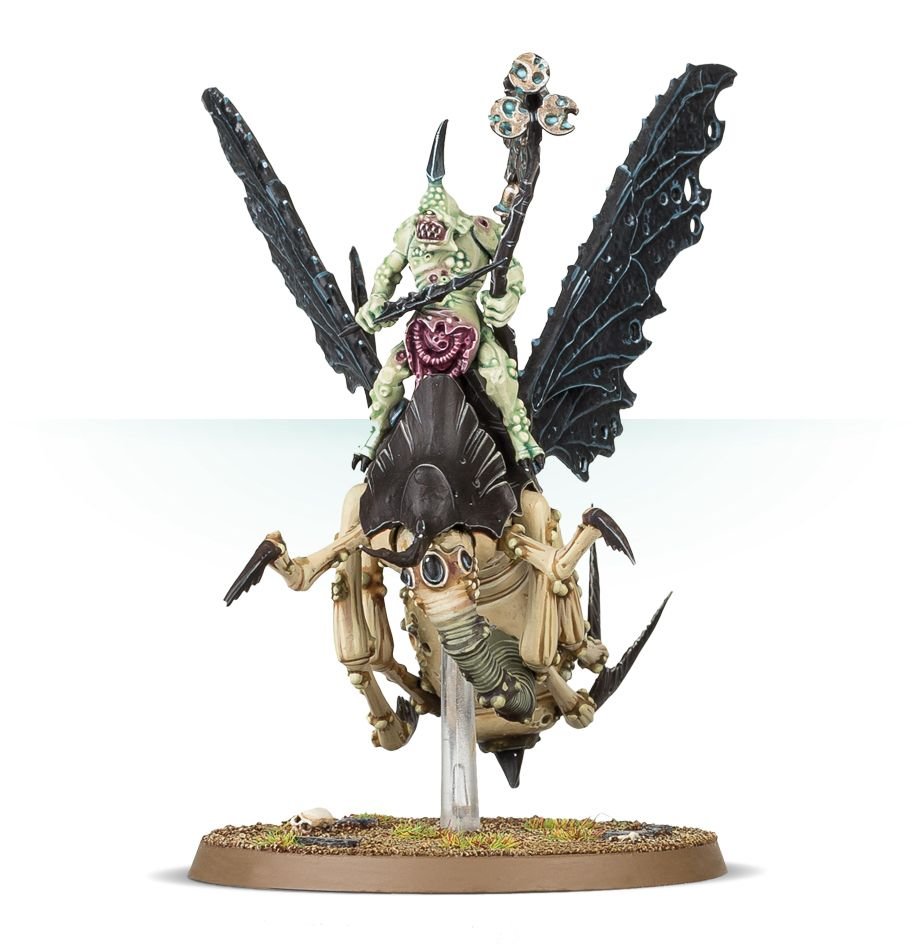 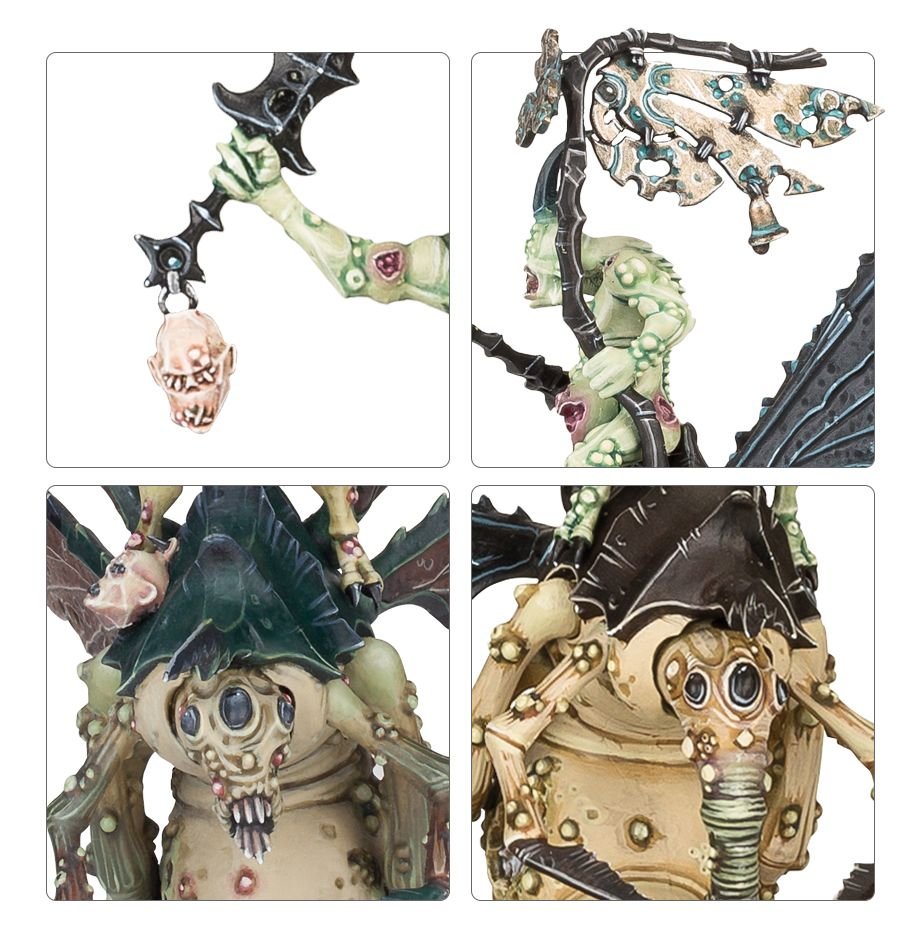 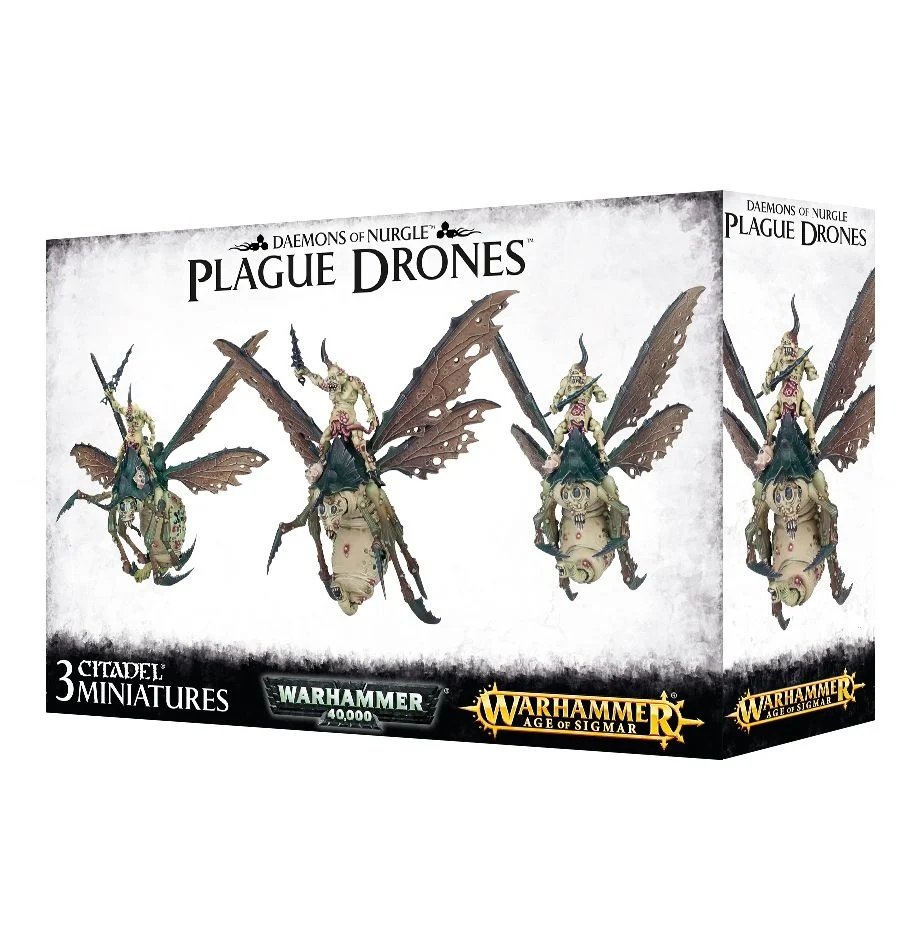 High-ranking Plaguebearers are known amongst the Daemon legions as Plague Drones, a title that conveys commendable humility. These overseers of Nurgle's realm ride into realspace mounted upon Rot Flies - colossal daemonic insects whose appearance is so repugnant it scars the mind. In a collection of stomach-churning creations, it takes something especially hideous such as the Plague Drones of Nurgle to catch the eye. On each model, a Plaguebearer sits atop an enormous Rot Fly, which features two pairs of large, ragged wings, as well as lumps and boils across its body. There are also exposed innards here and there, and in one of the creature's bulbous abdomen are the horrific, contorted faces of some poor, partially digested foe. Each of the three Rot Flies is unique, varying in features such as Plague Proboscis, mandibles and stinger. The Plaguebearers also feature an array of disturbing gifts of Nurgle, from their boils, open sores to their exposed entrails. They come with various horns and gesture with bony fingers, and they hold skulls or crude blades. For Warhammer collectors there are Command options available including a musician, champion and standard bearer.