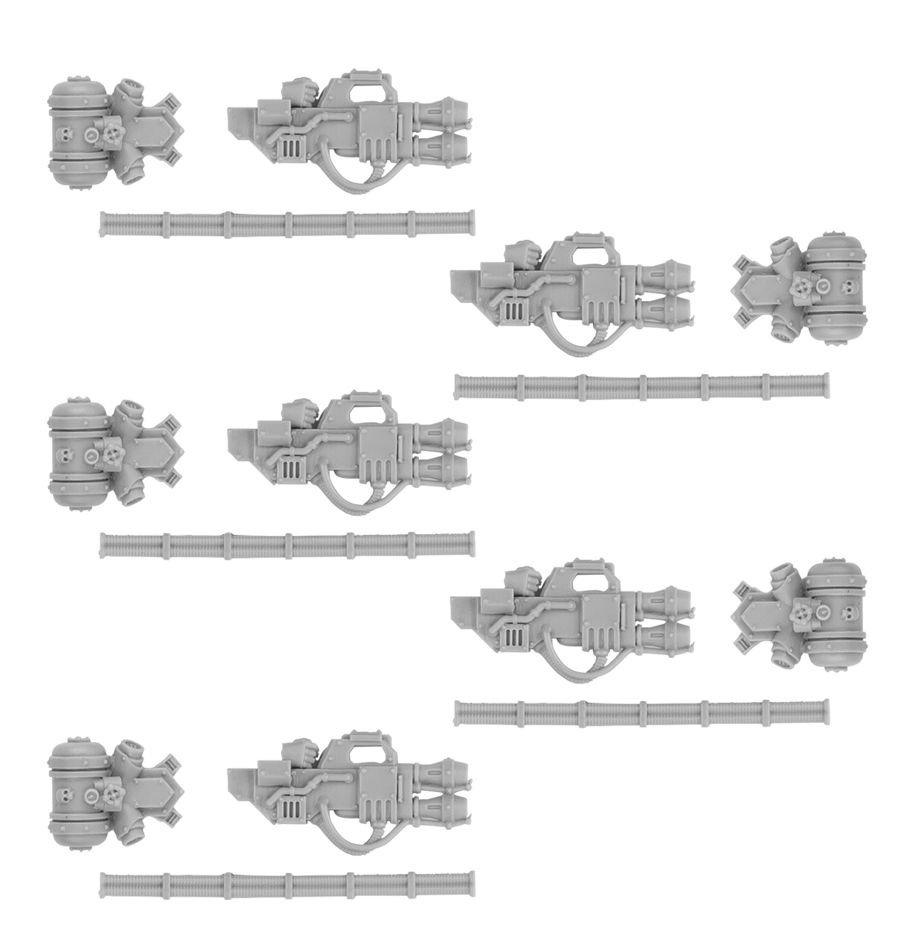 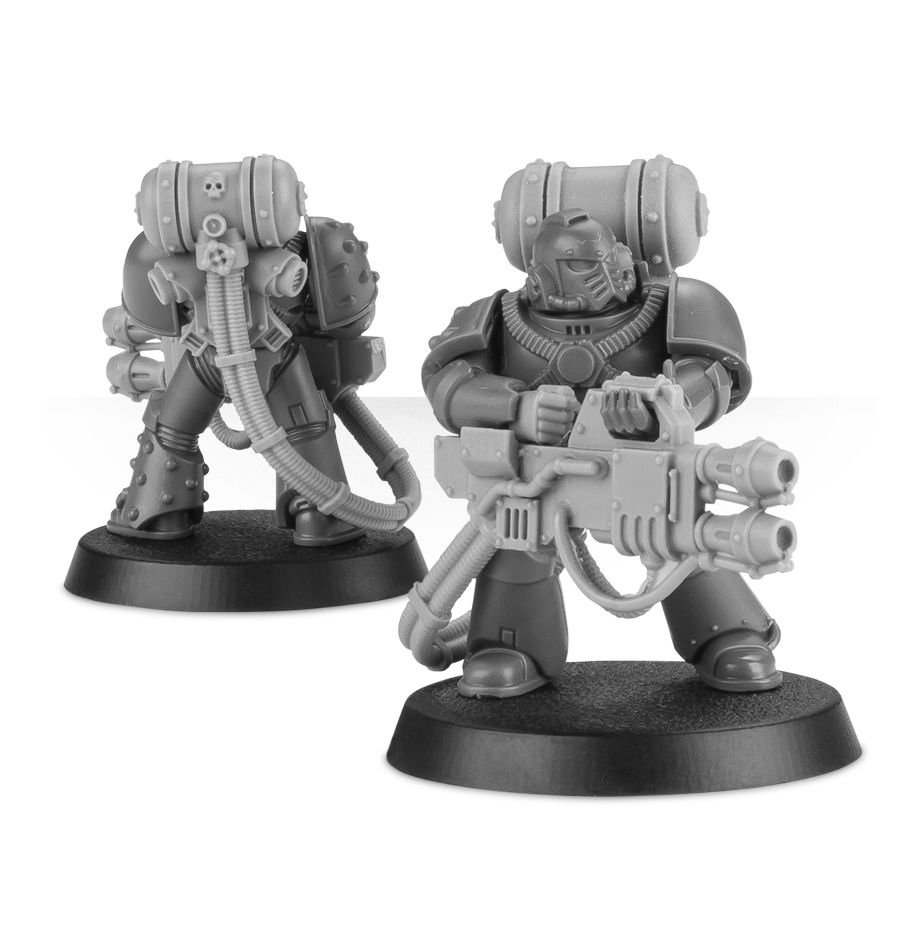 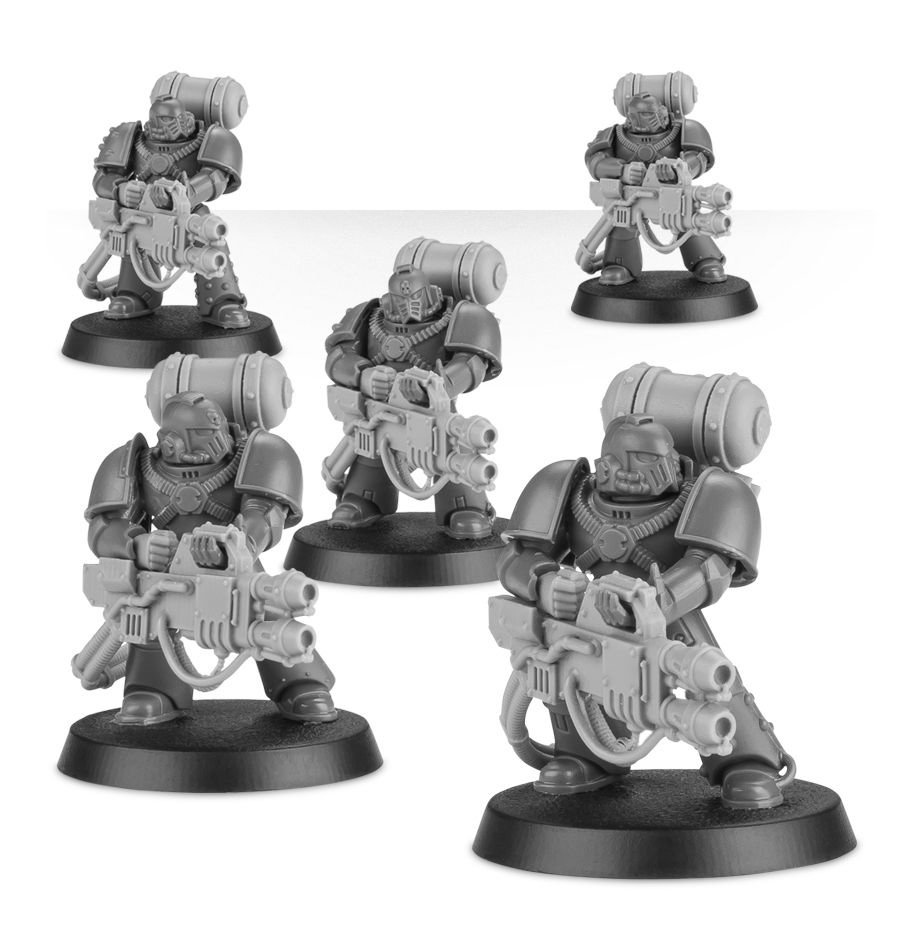 Much was lost in the Age of Darkness and the following millennia, much that could never be recovered. Whole worlds vanished from the knowledge of Mankind. Among them, Forge Worlds whose names only linger as patterns of weapon, venerated in the armouries of the Space Marines and still brought to bear against the enemies of humanity.

Heavy Flamers are often deployed by Legiones Astartes units either as area denial weapons or to force enemy infantry from fortified positions. A variety of different chemicals have been used as fuel for these fearsome weapons, all of them designed to ignite on contact with the atmosphere.

This is a multi-part resin upgrade kit. It includes five resin Phaistos pattern heavy flamers, five backpacks fitted with promethium tanks, and five fuel cables which should be gently heated and bent to fit. These weapons are compatible with both resin and plastic Space Marines.