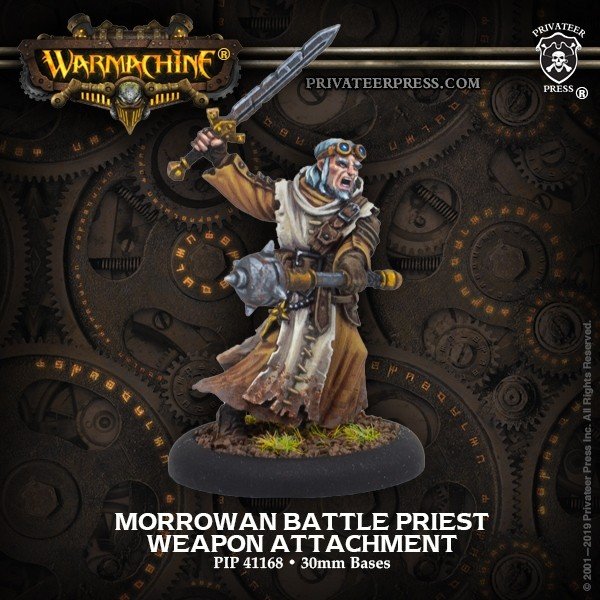 The Order of Illumination relies on an arsenal of blessed weapons and holy wards, the preservation and upkeep of which falls to Morrowan battle priests. Soldiers of the Order are glad to be joined by such priests, who support them in battle with prayers and shield them from enemy magic. Battle priests are so focused on their sacred duties that they may appear ragged and disheveled, with no concern for superficial appearances. They are quite willing to pay the ultimate sacrifice to safeguard the faithful warriors with whom they serve.