Главная/Миниатюры/Forge world/Age of Sigmar/Daemons/Mazarall the Butcher, Daemon Prince of Khorne 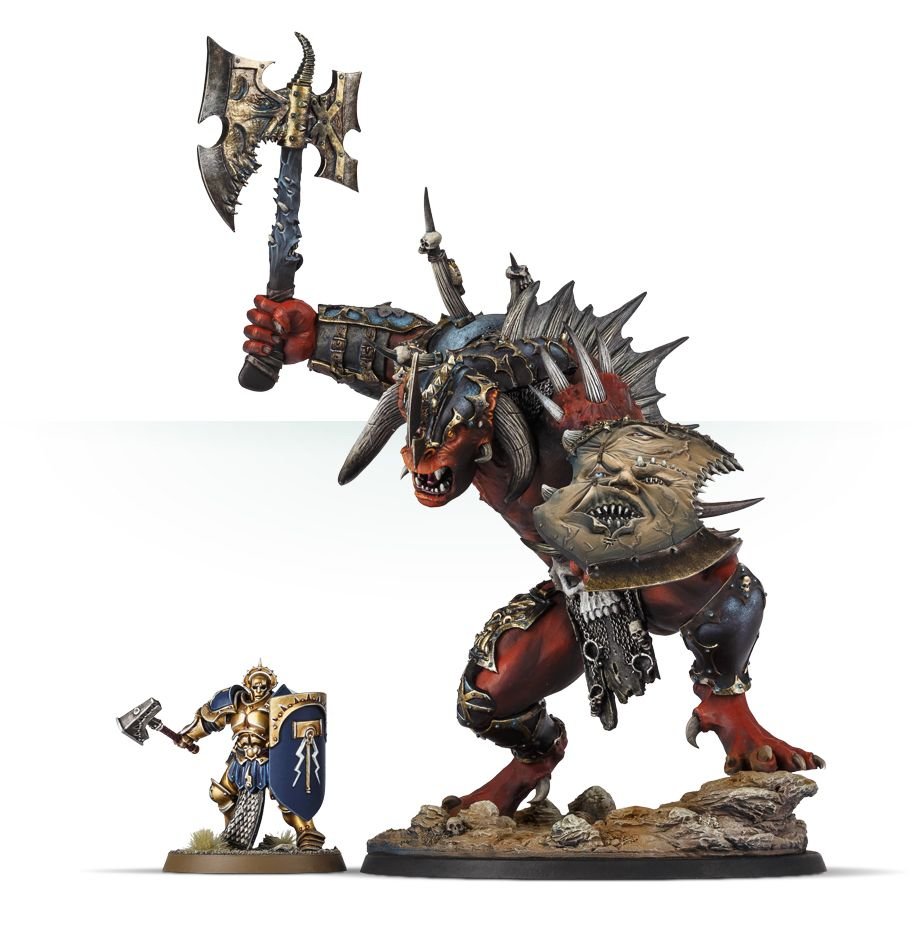 Dim legends and twisted lies surround the rise of Mazarall the Butcher and his path to Khorne’s favour, but all name him a render of mortal flesh and a devourer of Daemons both. Mazarall’s sheer barbarity and unbridled rage have led many to believe him more akin to a mindless blood-forged beast than warlord able to lead armies with cunning and foresight, but this could not be further from the truth, and it is a mistake for which many, mortal and Daemon alike, have paid with their lives.

Mazarall the Butcher, Daemon Prince of Khorne is covered in Khornate symbols, skulls and ornate armour featuring sharp edges and huge spikes, worthy of his rank. His axe, known as Harrow Meat, fuels his blistering rage, adding more and more attacks with every kill. Not only is he a fearsome hand-to-hand fighter, but the Ancyte Shield he carries – covered in the gnarled, stretched skin of some unfortunate victim – strikes down any foe cowardly enough to flee to what they think is a safe distance by blasting baleful energies torn from the daemons enslaved within.

This multi-part kit comes in 30 components, which includes a 100m round base. Rules for fielding Mazarall the Butcher, Daemon Prince of Khorne in games of Warhammer Age of Sigmar are available as a .pdf download.