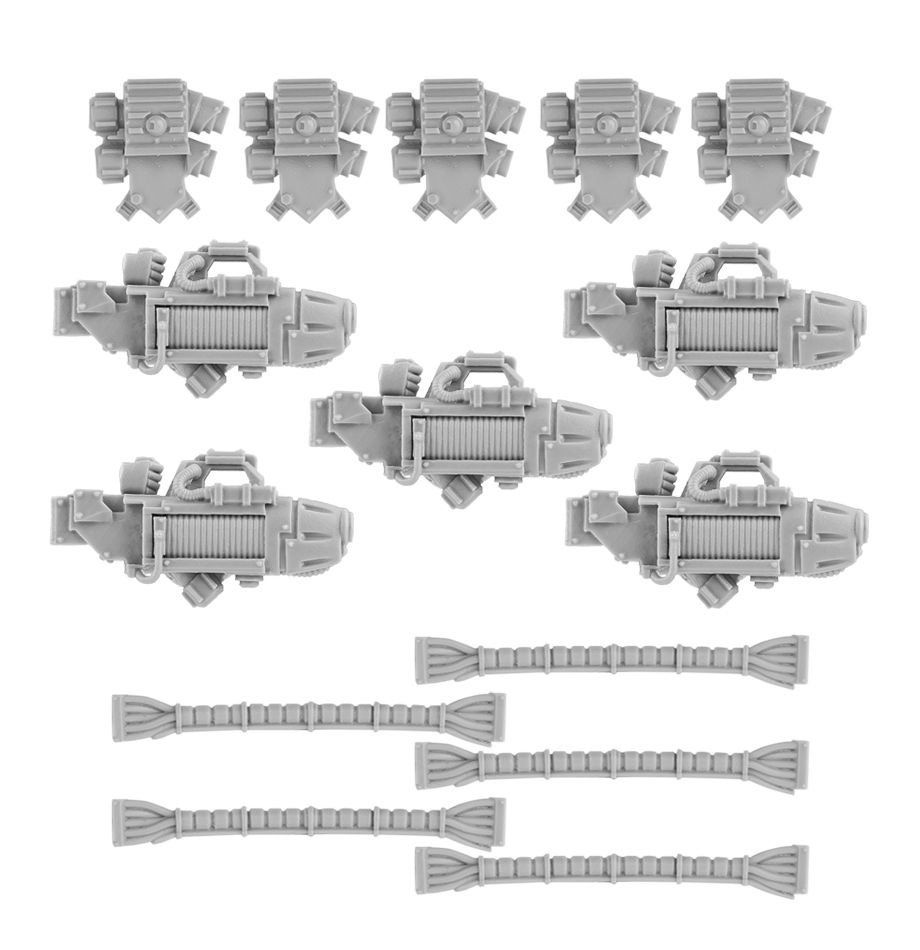 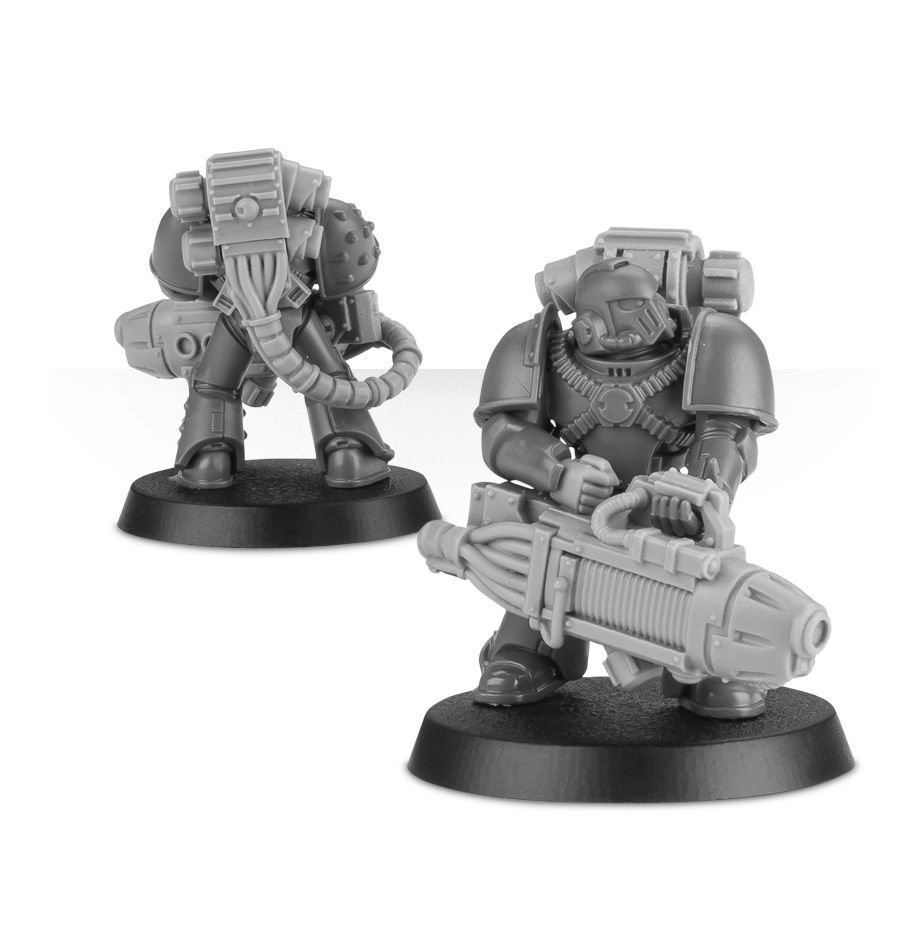 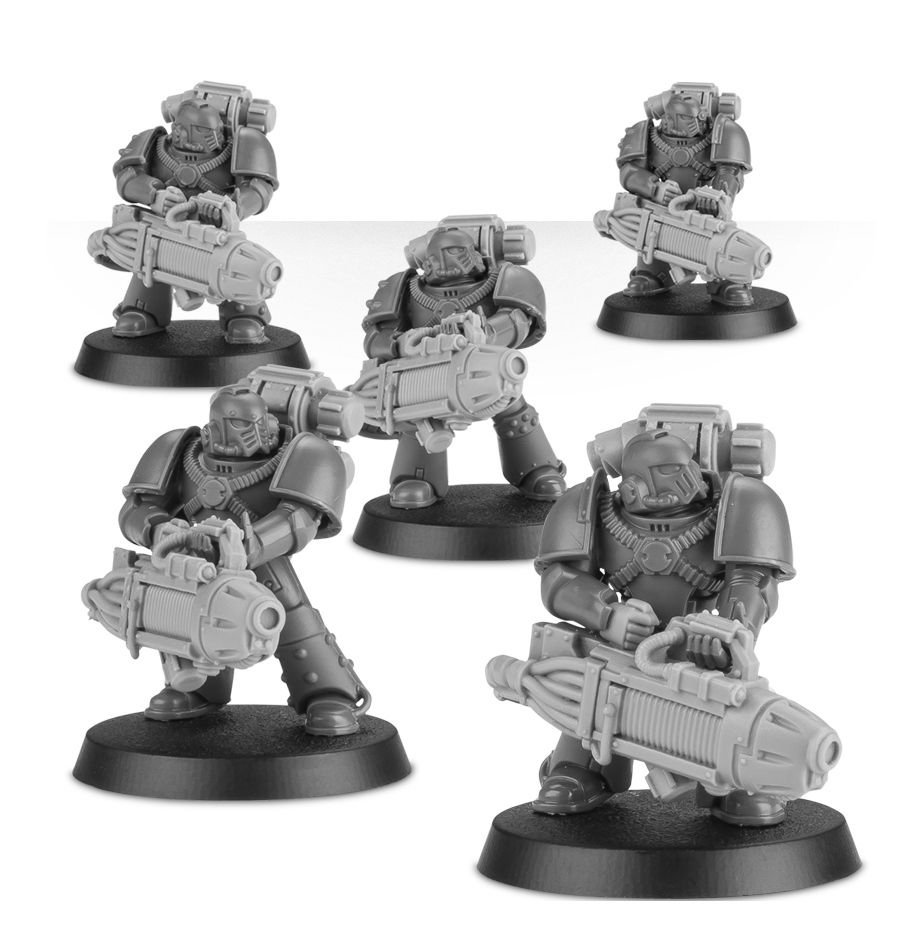 At the height of their technological might, the forges of Mars produced weapons to a standard seldom matched in the Galaxy. These patterns became a benchmark by which others would be judged. In the ages since, much technology has become homogenised through the loss of knowledge and whole Forge Worlds, but Mars pattern weapons are still prized in Space Marine armouries as exemplars of their type.

Firing pulses of searing energy, plasma weapons are extremely effective against heavy infantry and light vehicles. With their long range and blast radius, Plasma Cannon are even more deadly than other designs of plasma weapon. To create this destructive force plasma weapons generate extremely high temperatures, making them volatile and prone to overheating in an explosive fashion.

This is a multi-part resin upgrade kit. It includes five resin Mars pattern plasma cannon, five backpacks fitted with plasma cells, and five connecting cables which should be gently heated and bent to fit. These weapons are compatible with both resin and plastic Space Marines.