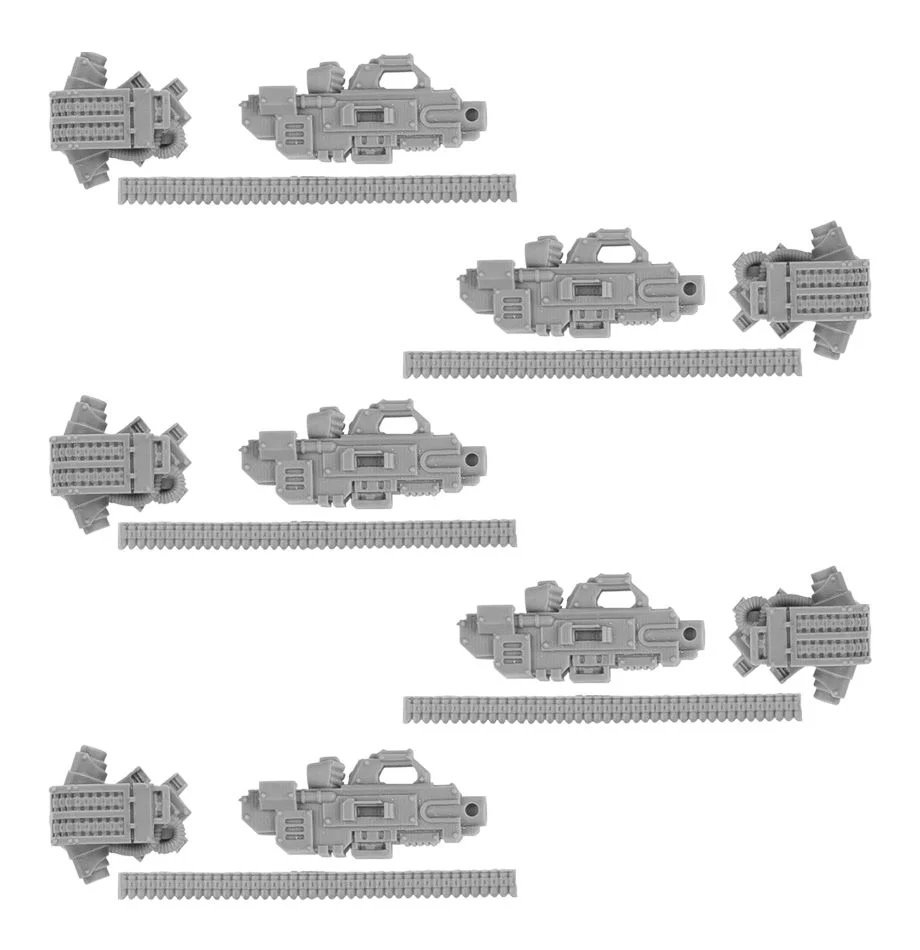 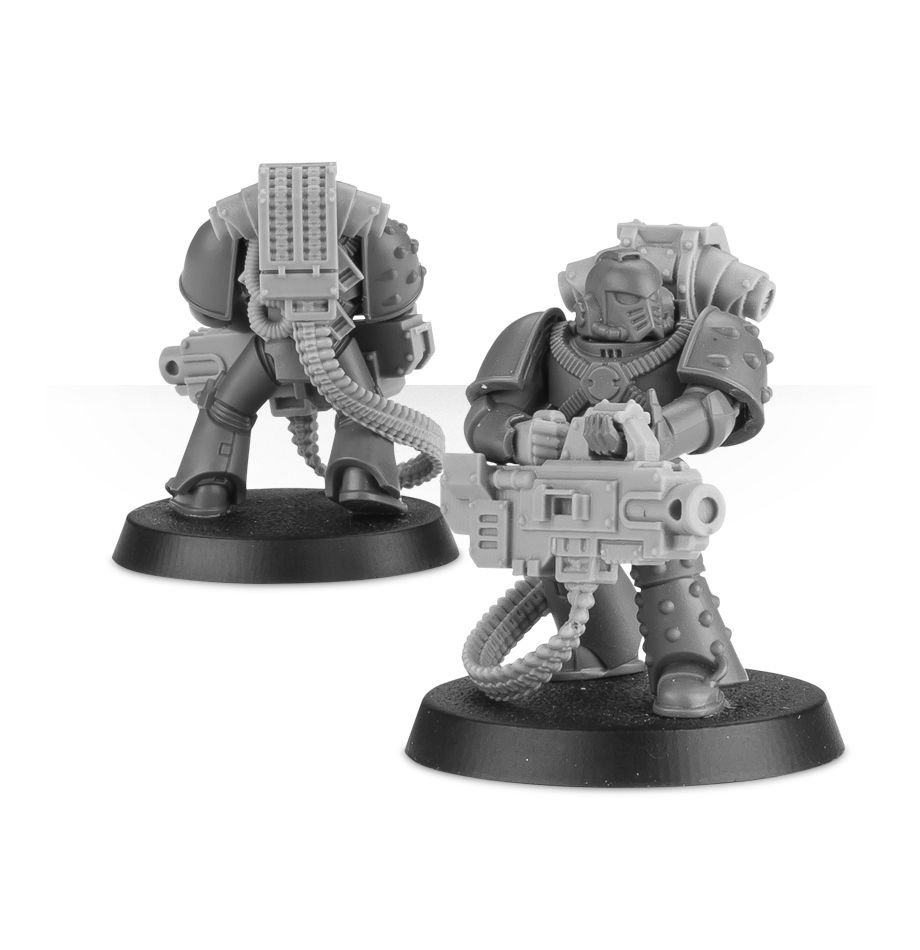 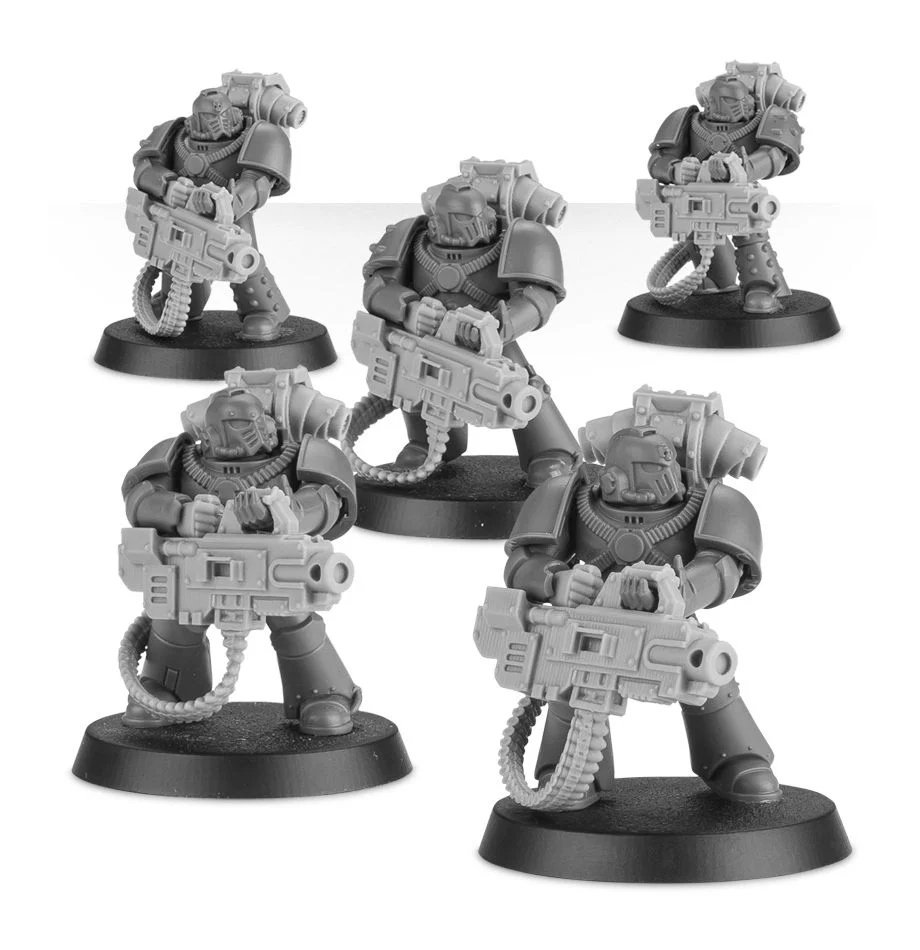 At the height of their technological might, the forges of Mars produced weapons to a standard seldom matched in the Galaxy. These patterns became a benchmark by which others would be judged. In the ages since, much technology has become homogenised through the loss of knowledge and whole Forge Worlds, but Mars pattern weapons are still prized in Space Marine armouries as exemplars of their type.

The largest man-portable example of standard bolt weaponry, the heavy bolter is mainly used in anti-infantry and fire support roles. Its large calibre and high rate of fire make it an excellent choice of weapon in target rich environments. In the latter years of the Great Crusade, Legiones Astartes Heavy Support squads carrying ten heavy bolters into battle on missions of compliance were a common sight.

This is a multi-part resin upgrade kit. It includes five resin Mars Pattern Heavy Bolters, five backpacks fitted with ammo crates, and five ammo feeds which should be gently heated and bent to fit. These weapons are compatible with both resin and plastic Space Marines.