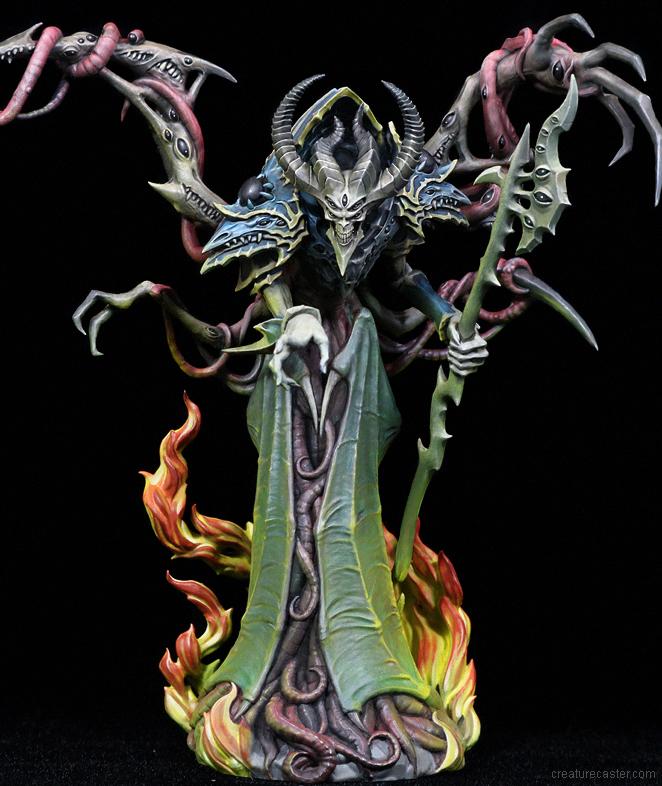 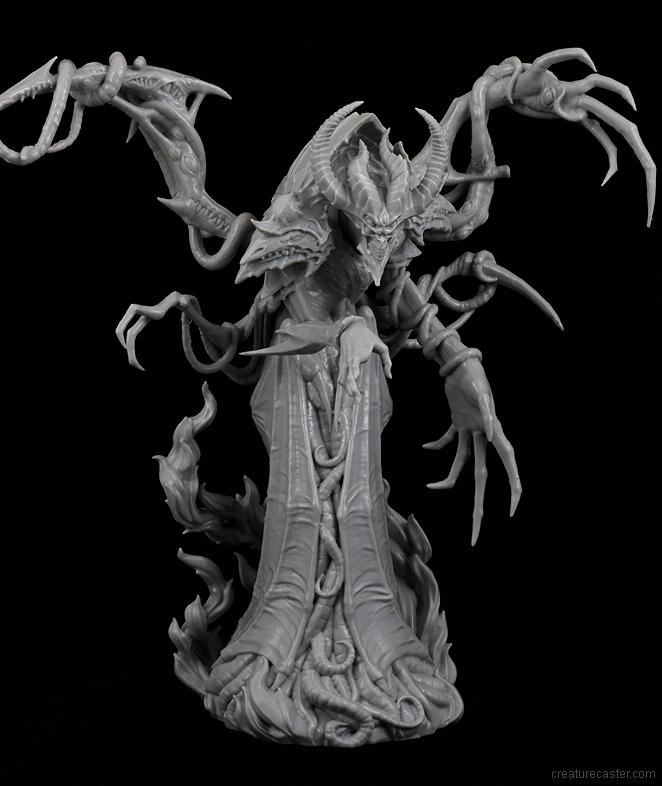 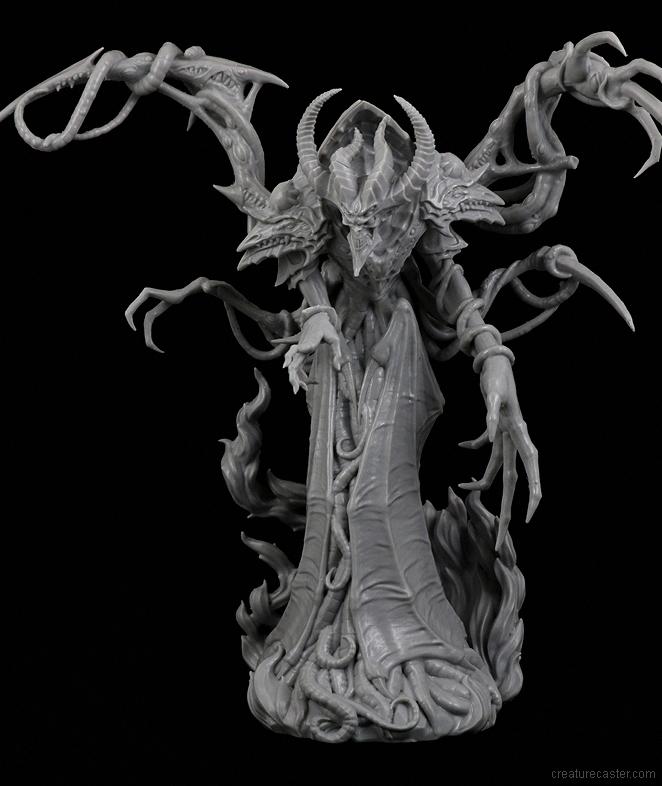 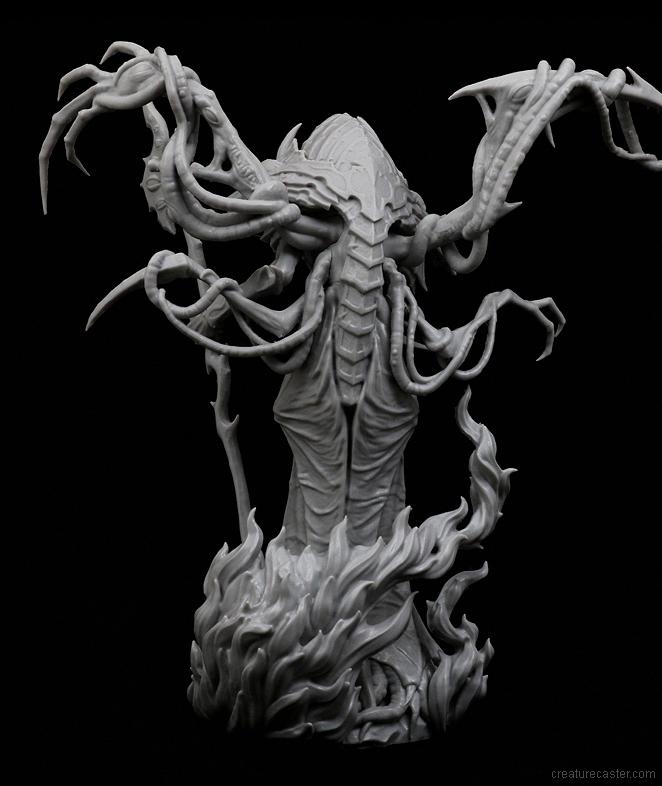 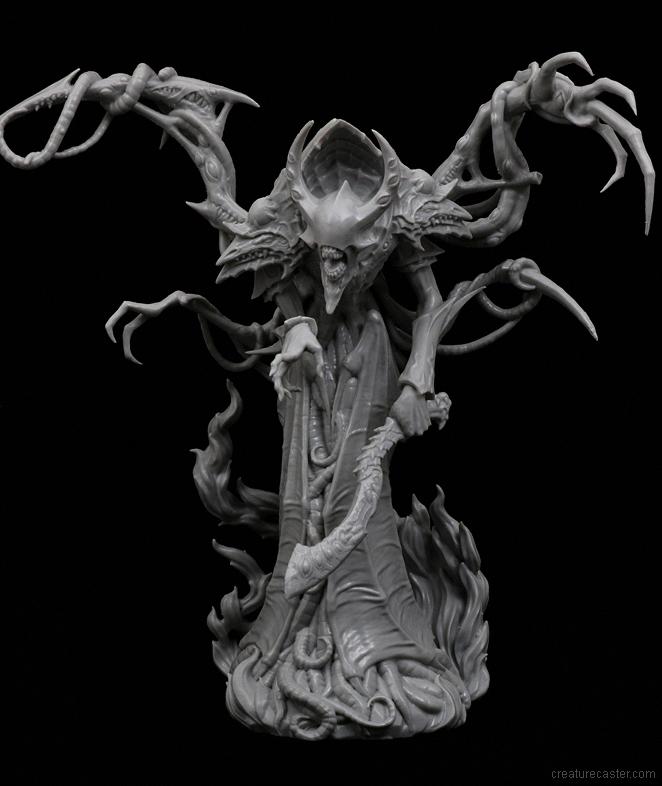 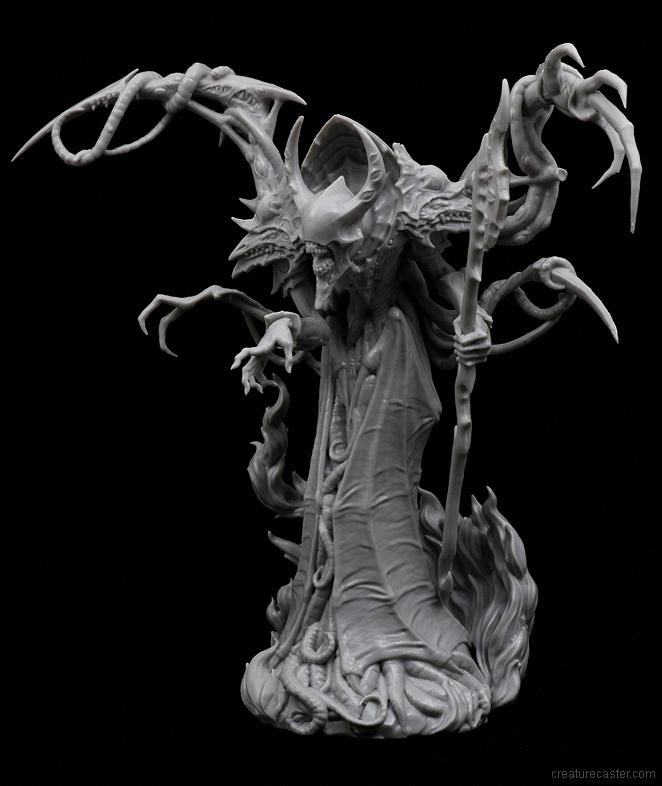 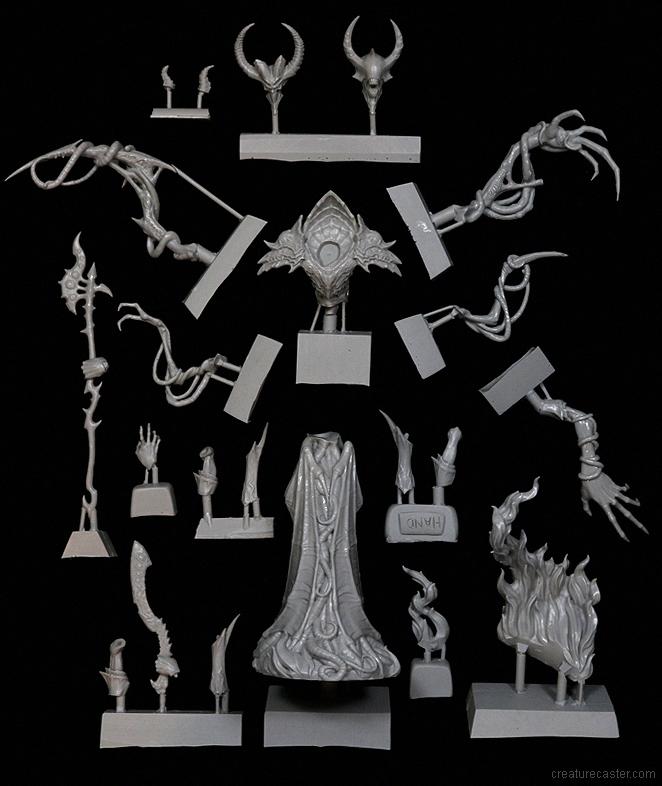 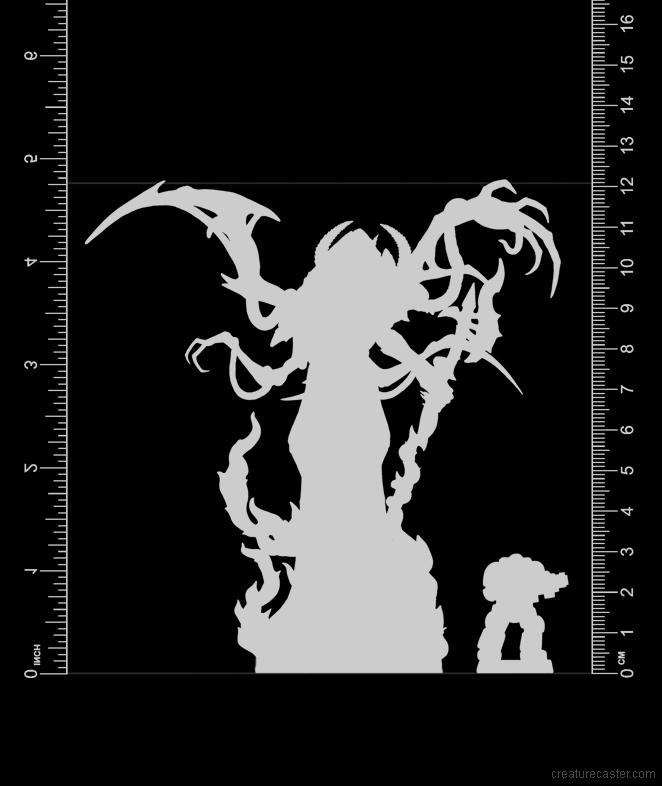 The Lord of Metamorphis is a trickster mage, a sly manipulator who strikes from the shadows when least expected. Able to reform his body at will, project complex illusions, and cast insidious hex magic, he is a crafty and deadly opponent. Despite his mastery of these subtle arts the Lord of Metamorphis is never satisfied. He constantly craves the power to confront his foes directly, to rend them with raw physical might, or smite them with sorcerous potency.

To achieve his quest for power he infiltrated the court of the Lady of Arcana; jealous and envious of her strength. It wasn’t long before he realized that her prescience could be subtly manipulated to his purpose. He took great pleasure in distorting her visions until she obliterated the Guild of Charnel Barons, believing them to be plotting against her. He joyously warmed his hands on the glowing embers of their hell-fired souls. It was almost as if he himself had dealt the blow.

The Lord of Metamorphis plays a most dangerous game. The Lady of Arcana is no fool, and the slightest misstep will earn him an eternity of wrath from a deadly foe. But he is tired of dwelling on the fringes; feared but unknown. He seeks the center stage and to achieve his goals no peril is too great. Power is his obsession, his aphrodisiac, and besides, the game is no fun without the risk!

The Lord of Metamorphis is hand cast in pure, unfilled, resin. He is designed to fit a 60mm round base and has a height of 11cm from bottom of his scenic base to top of his cowl, and 12cm to the top of his mutant arms. Model is unassembled and unpainted. Intended for ages 14+