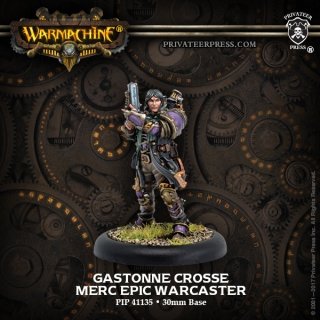 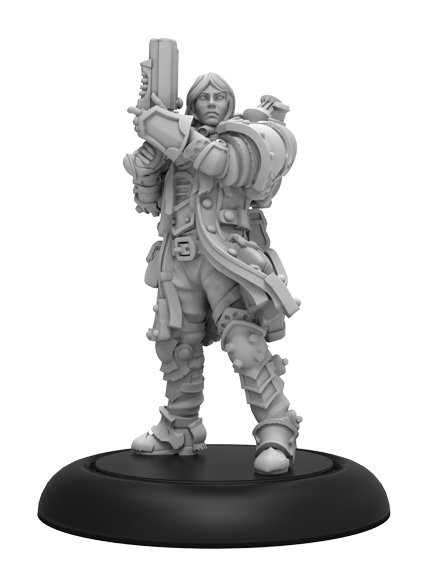 Under the mentorship of Marshal Ashlynn d’Elyse, Gastone Cross has begun to reach his potential and fights alongside the other determined warriors of the Llaelese Resistance. Yet he struggles to control the weapon that first unlocked his warcaster ability. A survivor with a proven knack for battlefield improvisation, few who fight alongside him know of the darkness weighing on his conscience, as the soul of every foe he kills is consumed to strengthen him.

TRADE POINTS: Gastone 2 is the most recent journeyman warcaster to become a full-fledged warcaster. As such, he plays well in the Llaelese Resistance theme force. Ideally, Gastone likes inexpensive infantry such as Sword Knights (PIP 31106) or Holy Zealots (PIP 32095) when playing in the Llaelese theme in order to gather their souls and fuel his powerful ranged weapon.