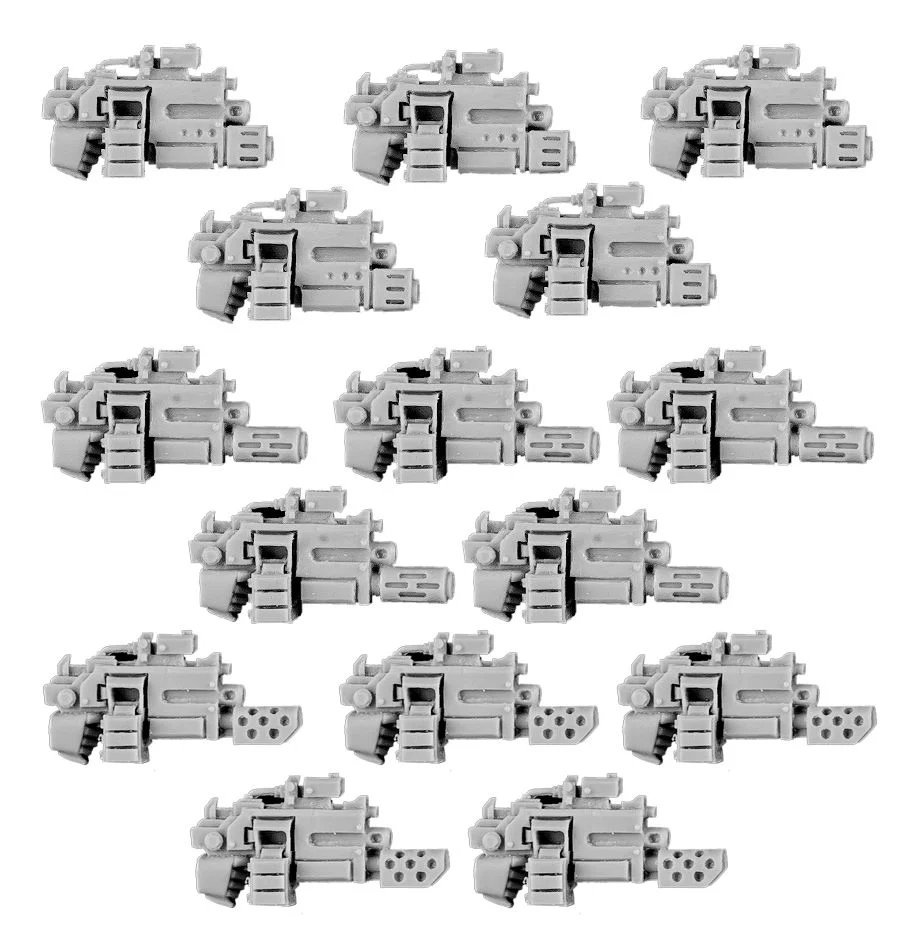 Utilised by elite units who require the efficiency of a bolter and the destructive potential of a more esoteric weapon, combi-weapons are crafted to include an additional weapon system within the housing of a bolter. Due to the restrictions of space, these weapons can usually only fire a single shot during a battle, later being returned to a techmarine to prepare the weapon for further service.

This is a multi-part resin upgrade kit. It includes fifteen finely detailed resin Legion Combi-weapons based on the versatile Legion Seeker Bolter, comprising of; five combi-flamers; five combi-plasma guns; and five combi-meltaguns. These weapons are compatible with both resin and plastic Space Marines.