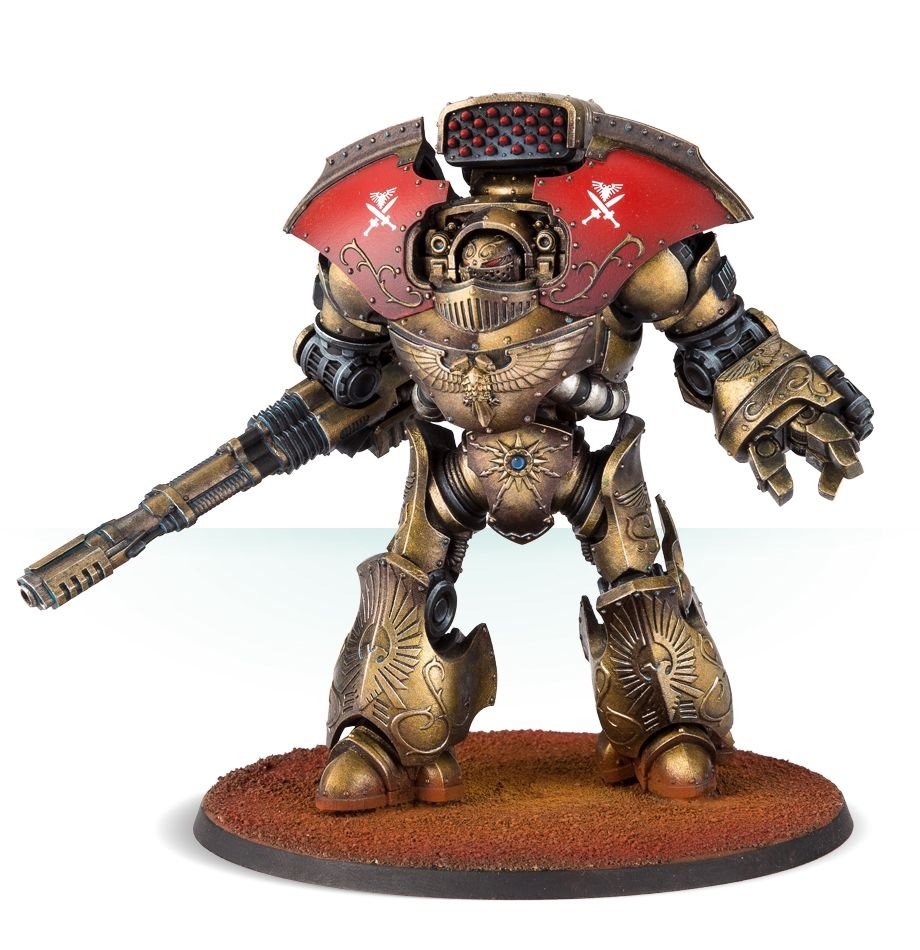 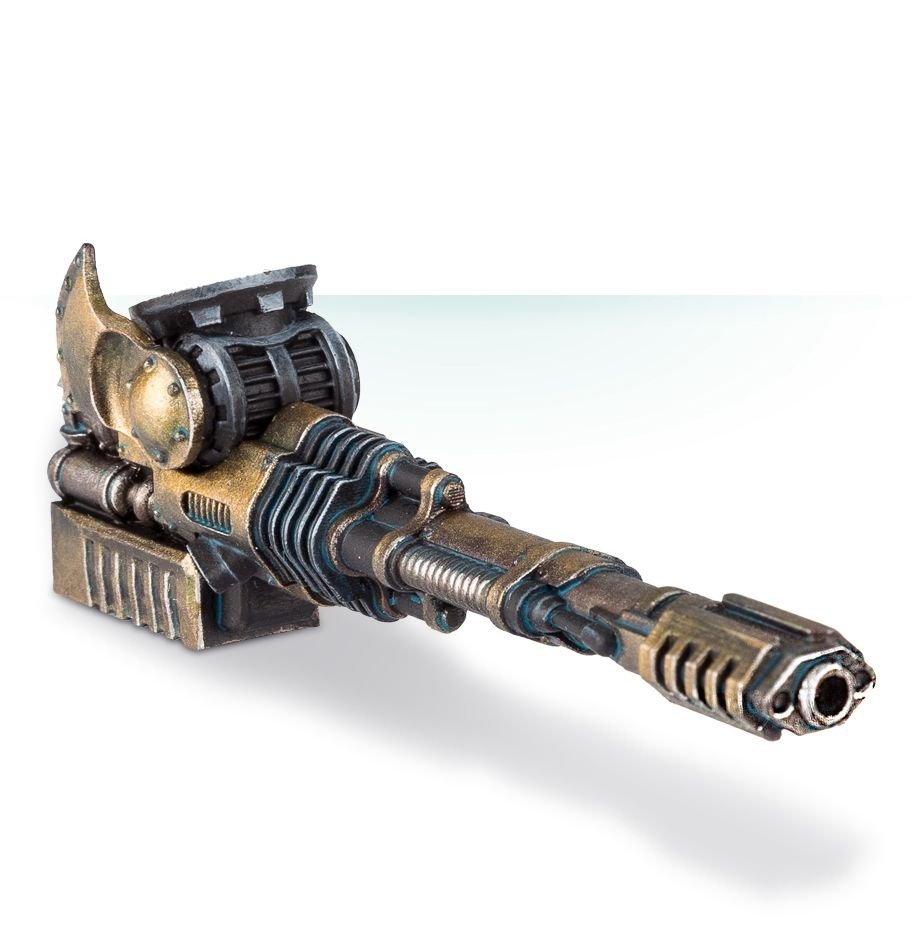 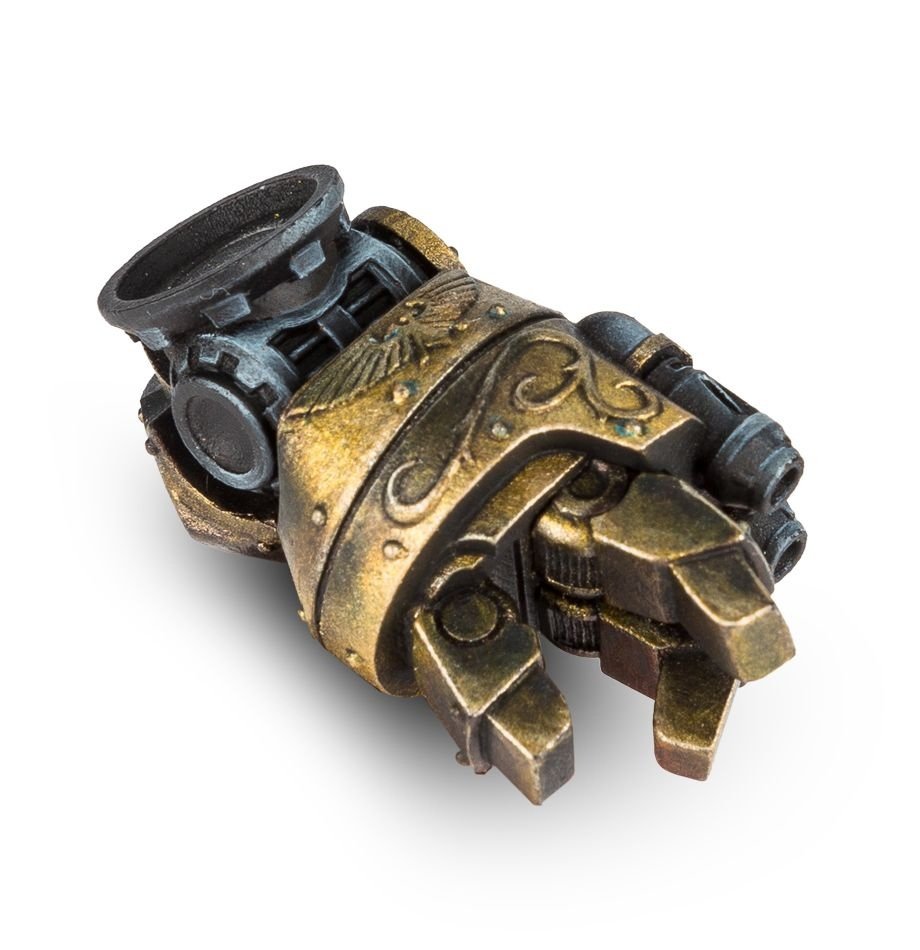 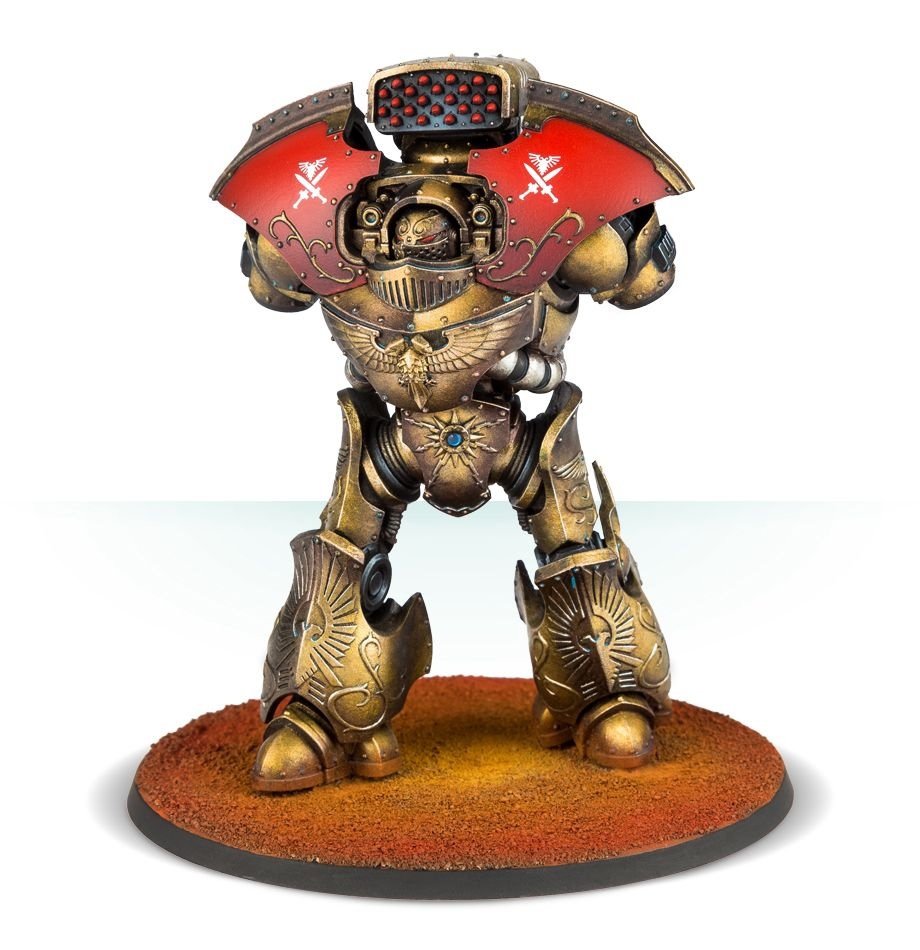 Fewer than a handful of Telemon Dreadnoughts are to be found within the ranks of the Legio Custodes, each intended to stand sentinel over its charges no matter the forces brought against it. The honour of interment in one of the few existing Telemon sarcophagi is awarded to only the most celebrated warriors. Rare is the foe who can stand against the array of esoteric, hand-crafted weapons that grace its chassis or the ferocious will and warrior skill of the master Custodian interred within.

This bundle contains the parts needed to assemble a complete Legio Custodes Telemon Heavy Dreadnought. The perfect Heavy Support choice for a Talons of the Emperor army list, it’s a model of impressive heft, with immense pauldrons giving it an iconic shape. The legs are extremely posable, giving you a wealth of modelling options (including an optional stepping foot for dynamic posing), and the kit includes a Spiculus Bolt Launcher seated above the sarcophagus.

Also included are a Telemon Caestus, which can be assembled with fist open or closed. The ornate armour work includes an Aquila motif, and two fans are included, meaning the Caestus can be mounted on your choice of left or right arm; and an Arachnus Storm Cannon, with two separate elbow fans making it mountable on either arm of a Telemon Heavy Dreadnought.

The bundle is supplied with a 100mm round base. Rules for using the model in games of The Horus Heresy are available as a PDF download.