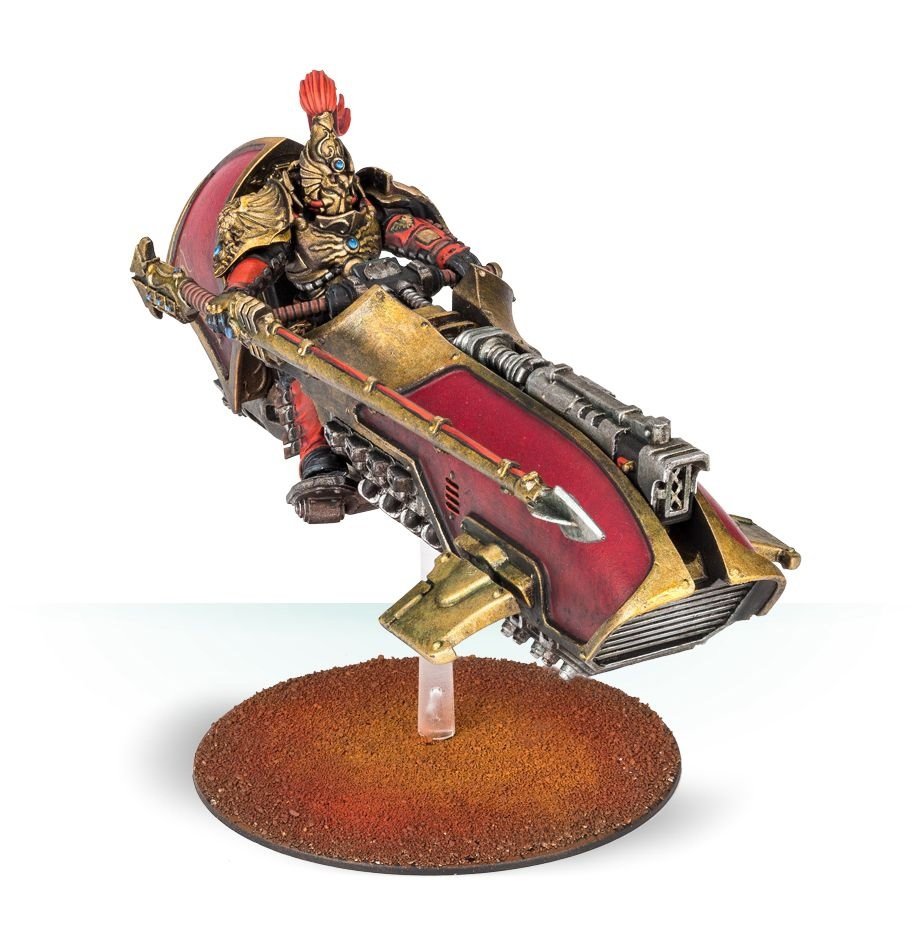 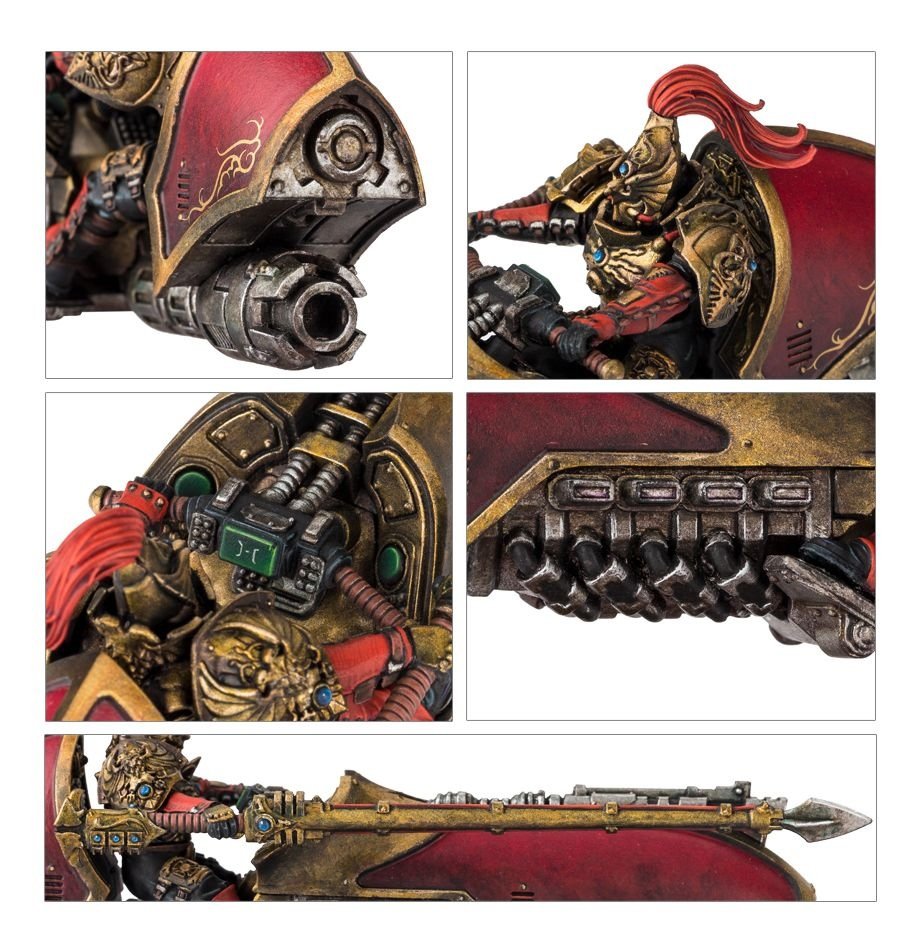 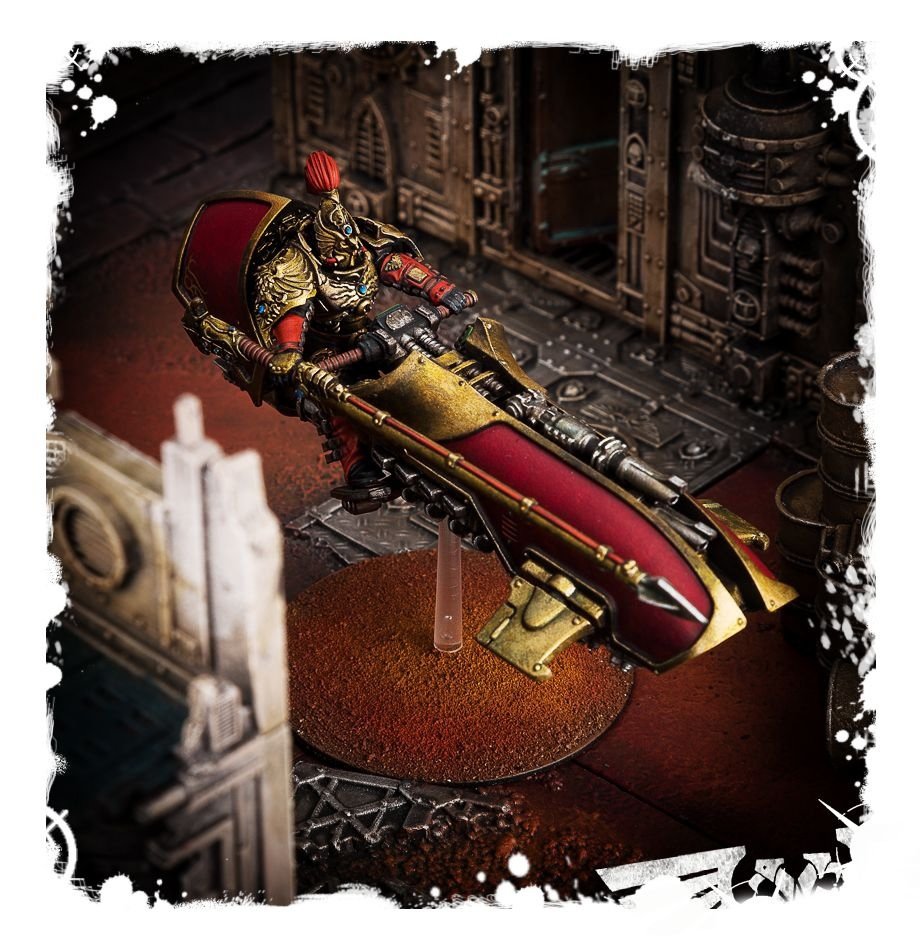 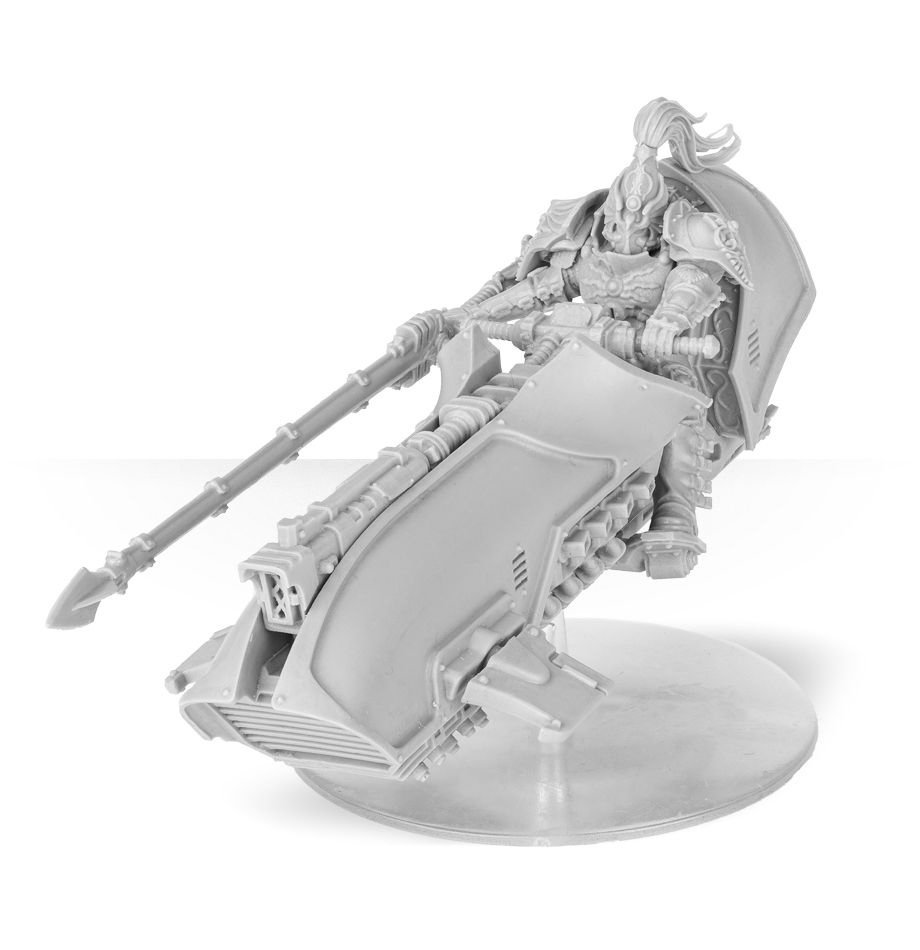 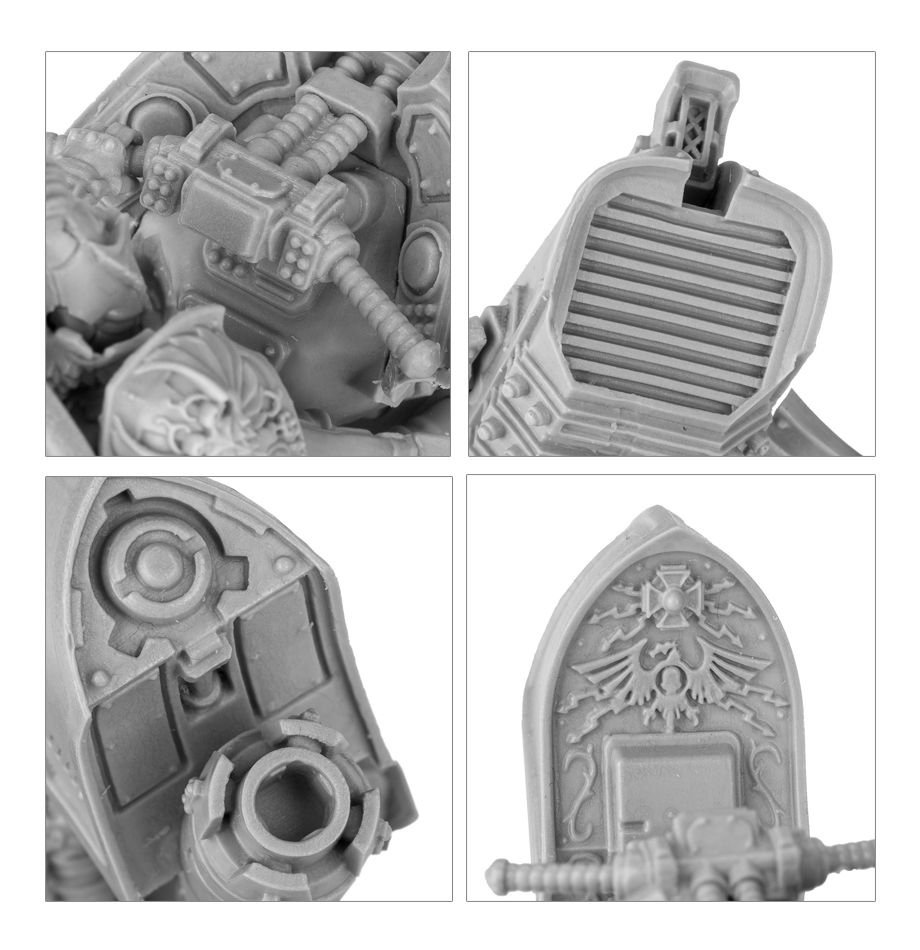 Charging across the battlefield on heavily armoured Gyrfalcon pattern Jetbikes, Agamatus squadrons are tasked with hunting down threats to the main Legio Custodes force and destroying fleeing enemy units. Armed with powerful Lastrum pattern bolt cannon, they can annihilate enemy infantry and armour with surgical precision, their jetbikes augmented to provide tremendous bursts of speed on command.

An ideal Fast Attack choice for a Talons of the Emperor army, the mid-engined Gyrfalcon Pattern Jetbike is modelled to evoke speed and manoeuvrability with its sweeping lines and streamlined silhouette. The heavily-armoured pilot is armed with a lance clutched in his right hand (and can be modelled without), and the jetbike itself is armed with an Lastrum bolt cannon. Weapon options include Adrathic Devastator and twin-linked Corvae las-pulser – there is a mounting point on the jetbike’s fairing for one of the three options.

This resin kit comprises 21 components, and comes with a flying stem and 60mm flying base. Rules are available in The Horus Heresy Book Seven: Inferno.