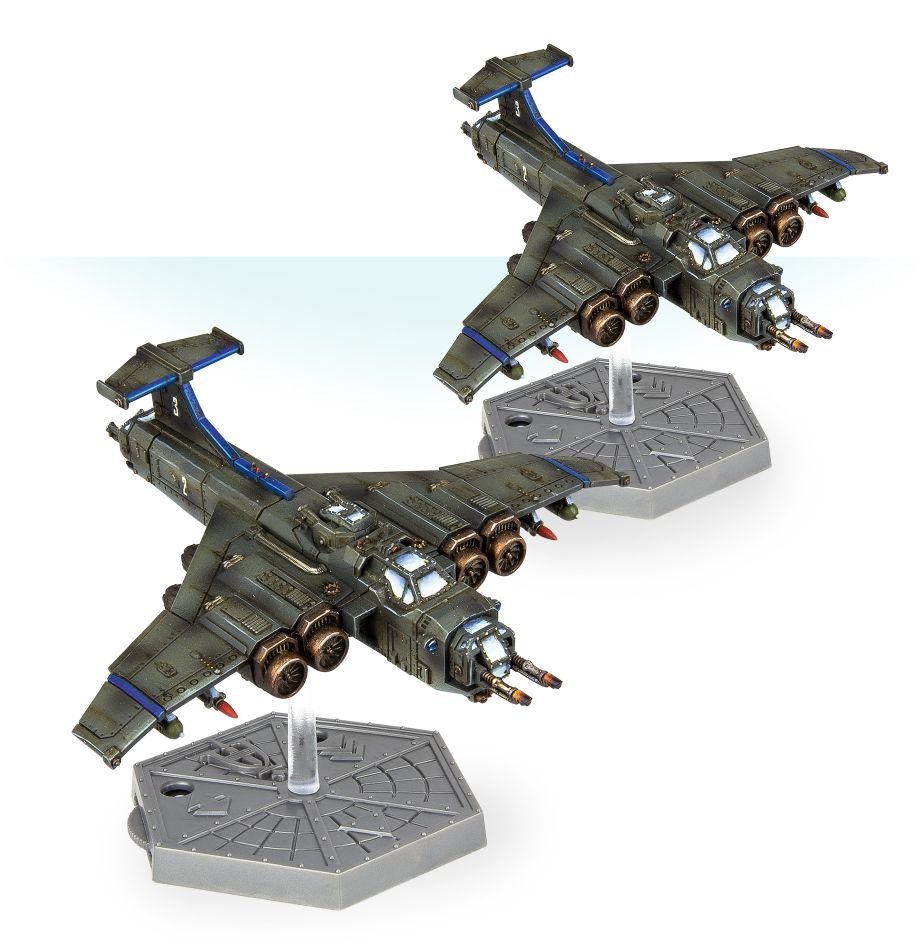 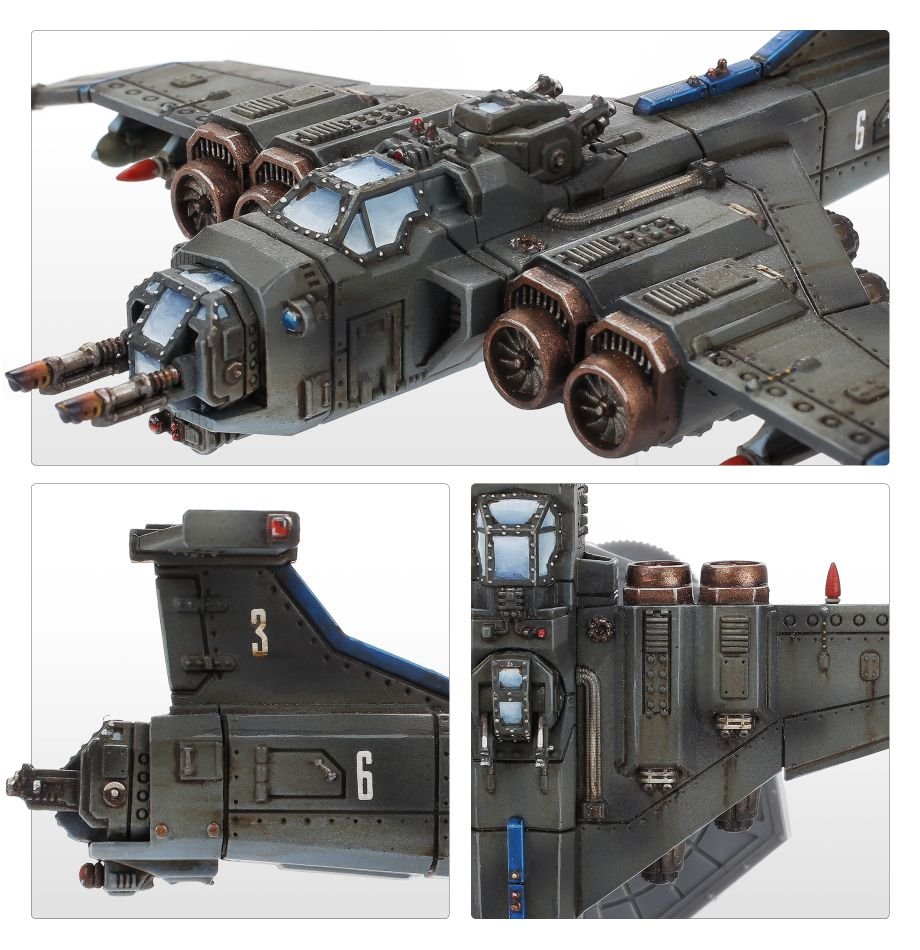 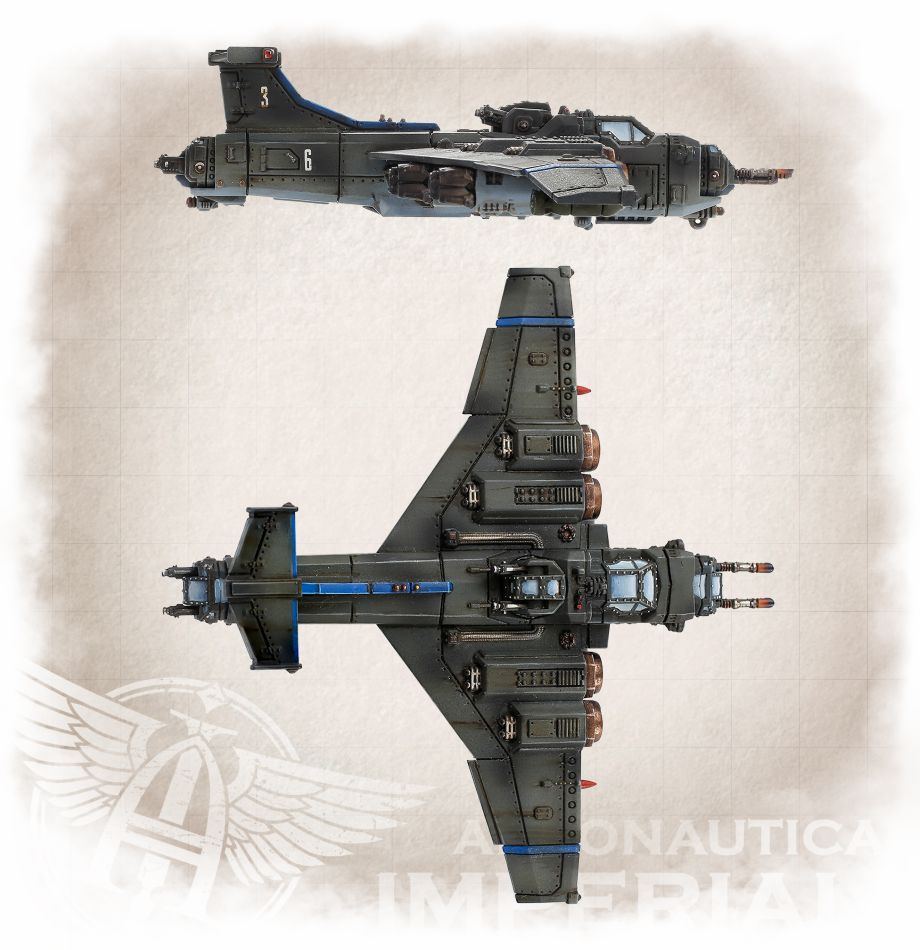 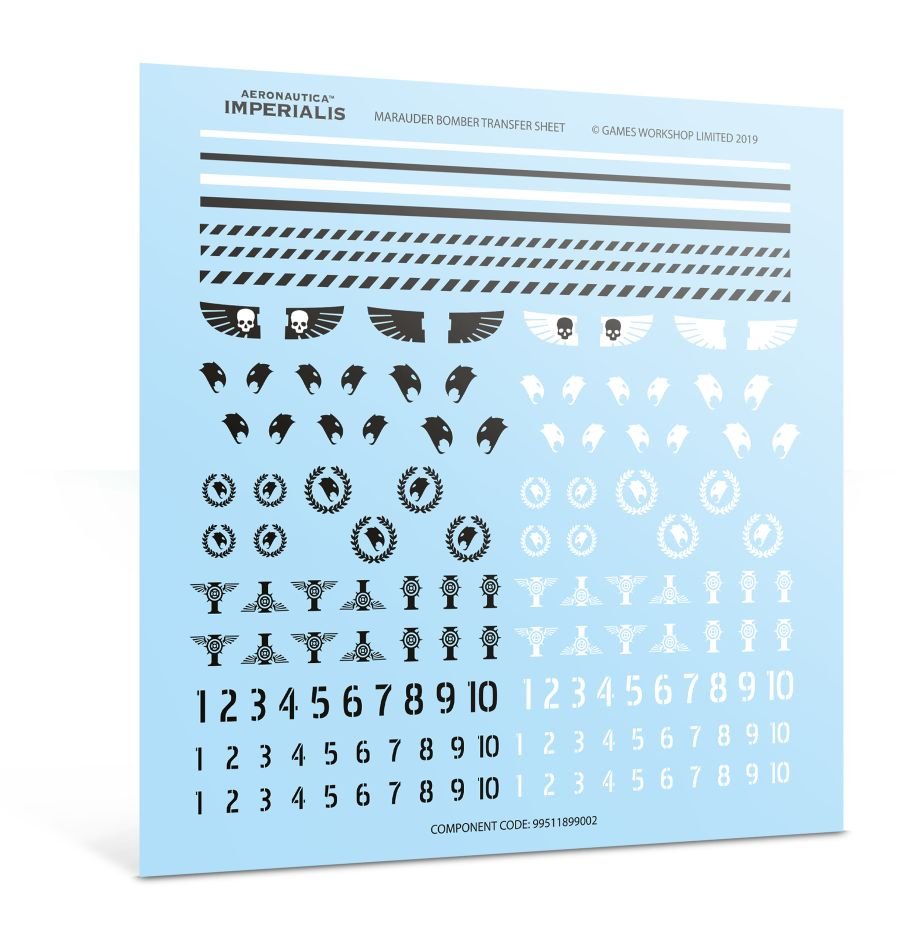 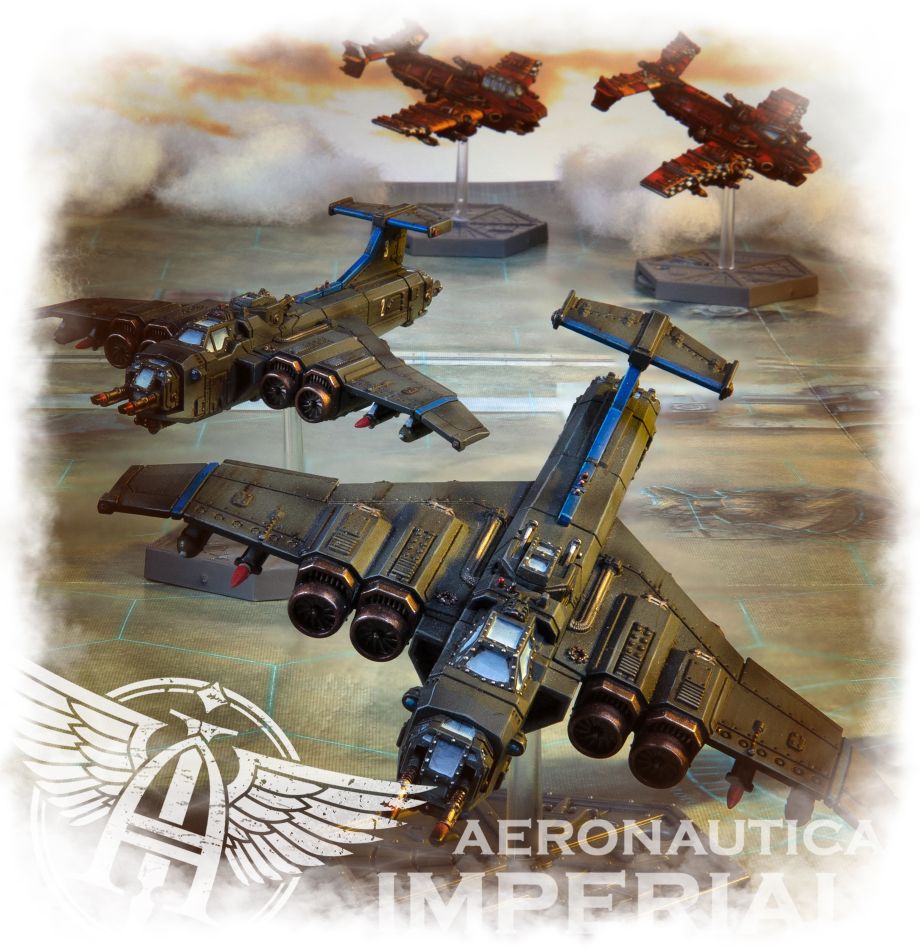 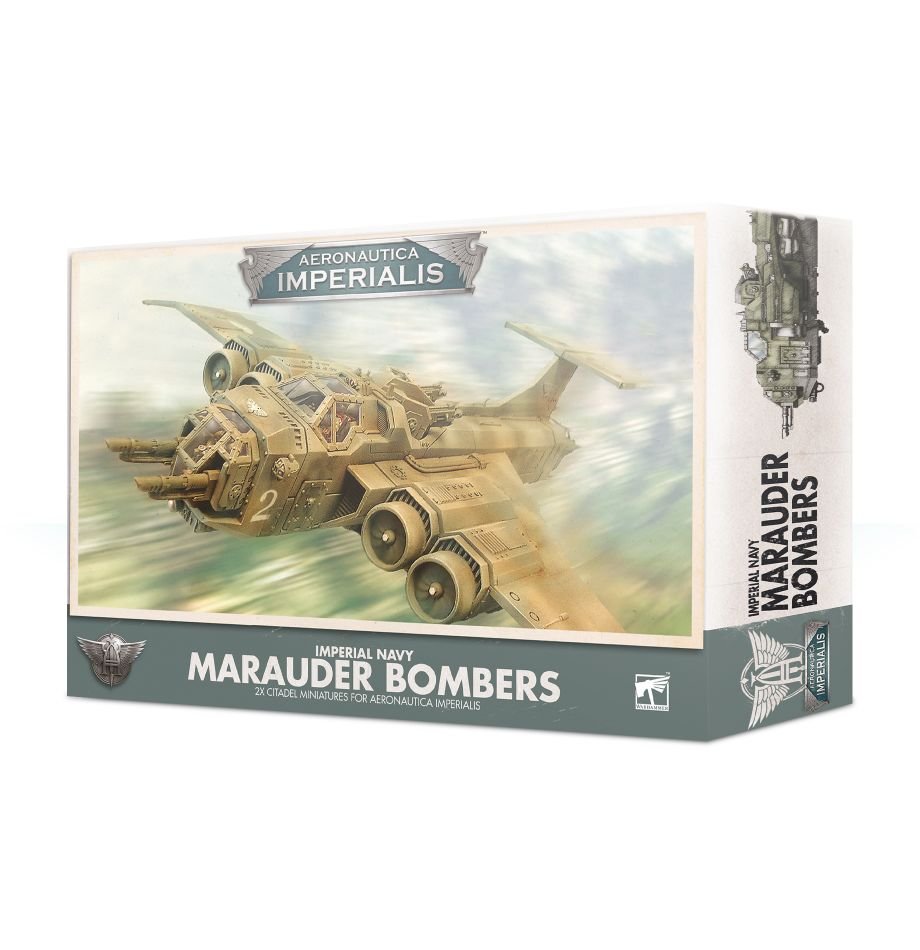 Boasting a colossal payload in relation to its size, the Marauder is most commonly deployed to destroy strategic ground targets under the cover of Thunderbolt Fighter escorts.

If you need to obliterate ground targets in your games of Aeronautica Imperialis, look no further than the pride of the Imperial Navy's air-to-ground attack craft – the formidable Marauder Bombers.The set includes:2x multipart plastic Imperial Navy Marauder Bombers miniatures2x Aeronautica Imperialis bases (Each base designates the model’s front, rear and side arcs as well as speed and altitude dials. Each base also includes a clear stand to connect the aircraft to the base.)1x Marauder Bomber transfer sheet

You will need a copy of the Aeronautica lmperialis: Wings of Vengeance boxed game or the Rynn's World Air War Campaign Book to use these miniatures.