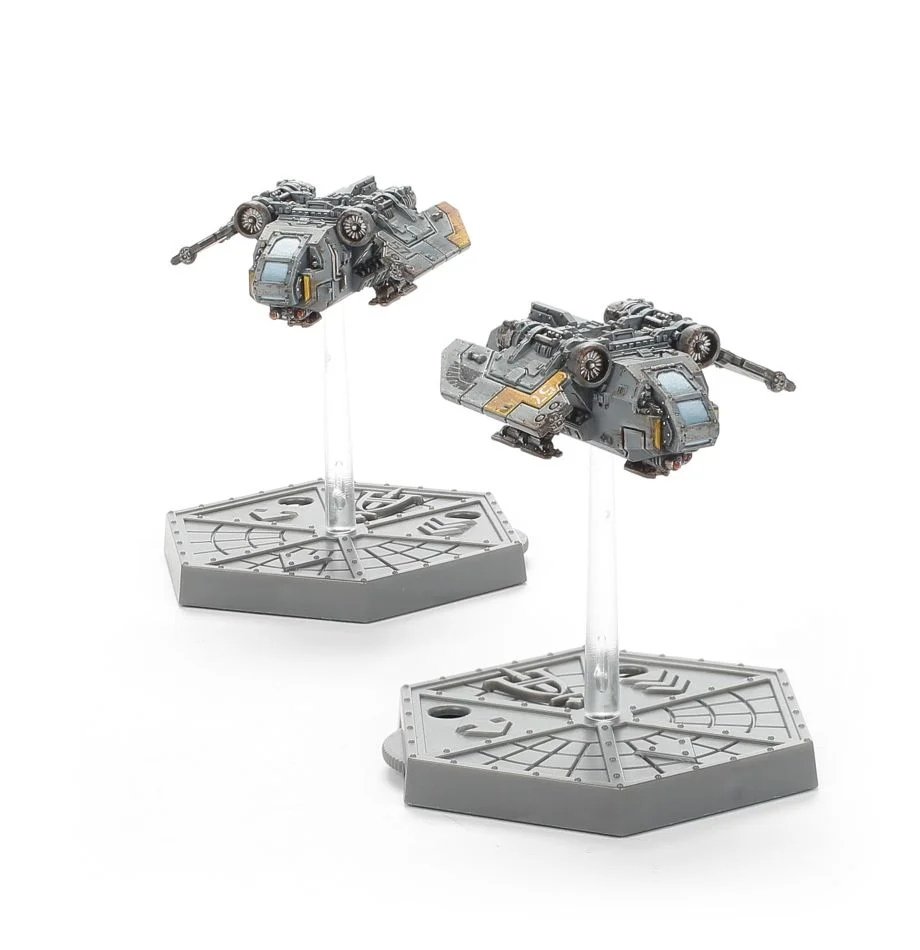 The Arvus Lighter is a workhorse of the Imperium. Transporting both vital cargo and critical personnel, even from orbit, they're small and fast enough to slip through war zones that would prove too difficult for larger, more cumbersome craft. While armoured, they are completely unarmed, relying on support from escort aircraft in active battles. Affectionately called “the hog” or “little pig”, this scout-class ship is a common sight on battlefields across the galaxy.

This finely detailed resin kit allows you to build two boxy Arvus Lighters for your games of Aeronautica Imperialis. Boasting a large transport capacity, this surprisingly zippy transport is vital to completing various scenarios that include depositing or picking things up from a landing zone.The set includes:- 2 resin Arvus Lighters supplied in 9 pieces each- 2 Aeronautica Imperialis bases (each of which designates the model’s front, rear and side arcs, speed and altitude dials, as well as a clear stand to connect the aircraft to the base)

The rules for using these miniatures in games of Aeronautica Imperialis can be found in the Taros Air War Campaign Book.