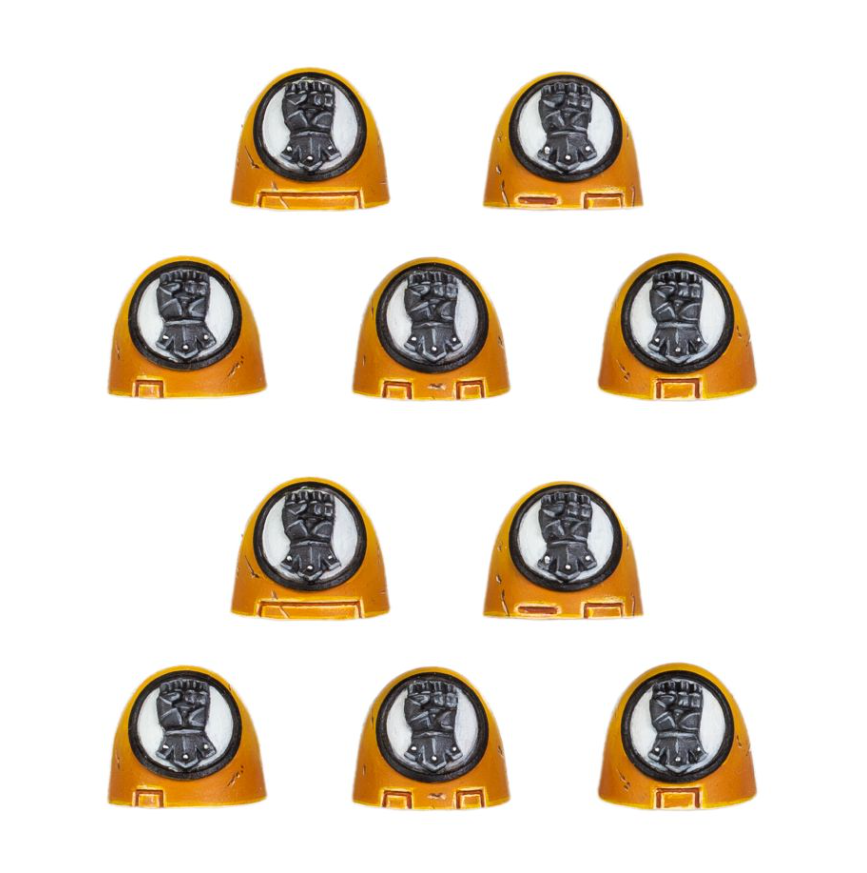 The Imperial Fists are a Legion of stoic crusaders, a pillar of stability and duty upon which the very foundations of the Imperium are laid. Architect war-masons and voidsmen without equal, the VII Legion fight with unshakeable discipline and methodical force, constructing mighty fortresses that exemplify and enforce the ideals of Unification. The sons of Rogal Dorn are called to stand by the Emperor's side more than any other, serving as the Imperium's leading edge – and its last line of defence.

This upgrade kit can be used to customise Legionaries from the MKVI Tactical Squad set with new shoulder pads that proudly display the clenched fist icon of the Imperial Fists. The kit includes 10 shoulder pads, each bearing a raised, sculpted icon that makes them simple to paint in the Legion's signature colours, with a rimless design perfectly suited to the sleek MKVI 'Corvus Armour'. Spread these components around your army and combine them with transfers to add some VII Legion flavour, or outfit entire squads for an elite, unified look.

This upgrade kit comprises 10 resin components and is designed to be assembled with the MKVI Tactical Squad set, which is sold separately. These components are supplied unpainted and require assembly – we recommend using Citadel paints.