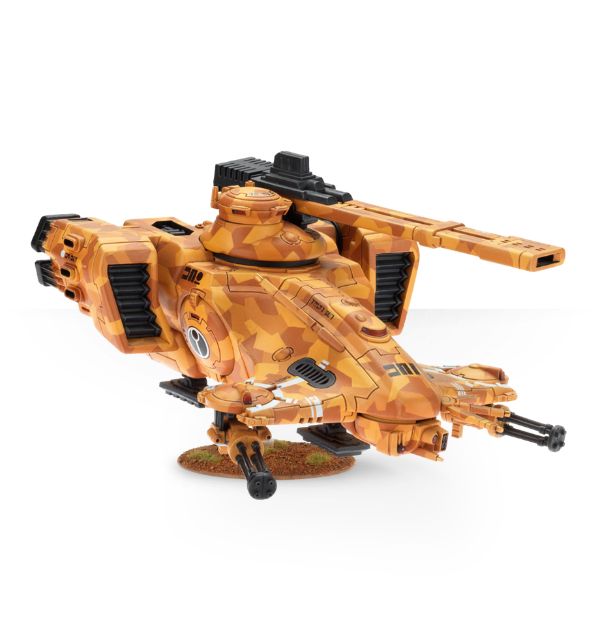 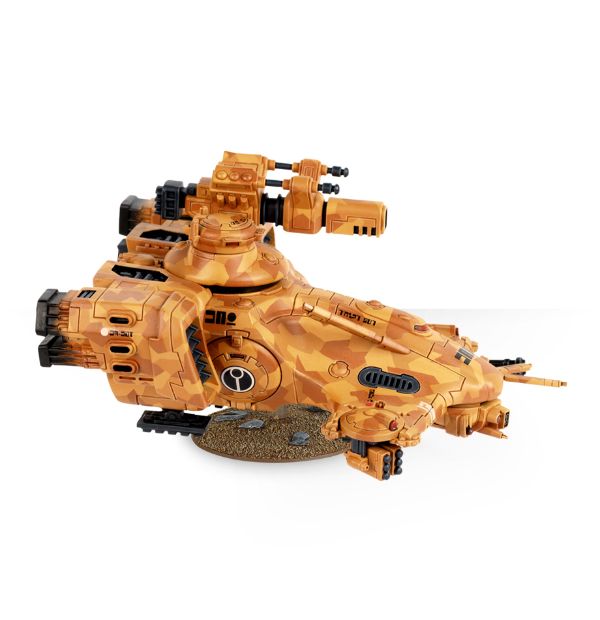 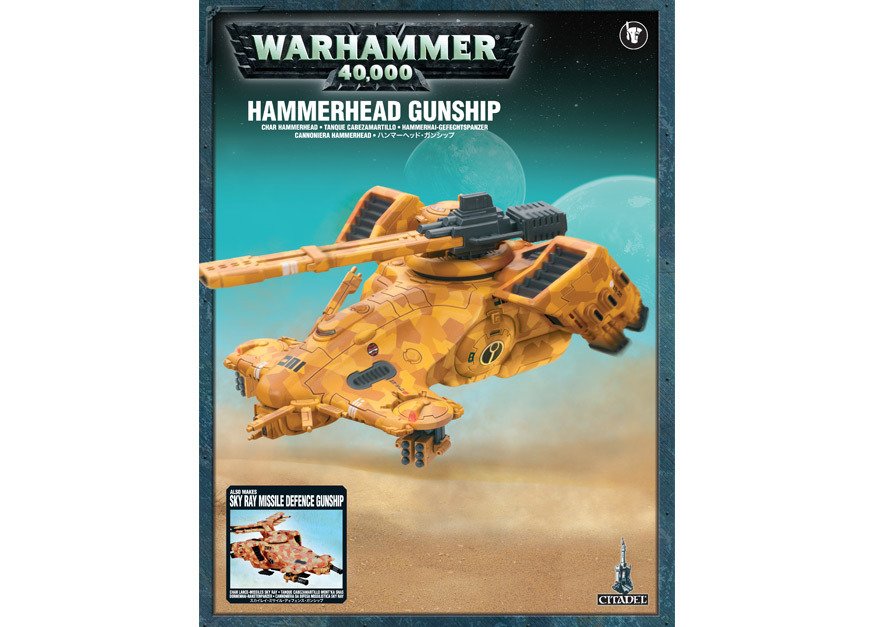 Like a hungry predator on the prowl, the Hammerhead Gunship is a menacing sight. It skims over a planet’s surface with its massive turret-mounted gun swivelling back and forth to track potential targets.

The Hammerhead Gunship kit is an impressive centrepiece to a collection of Tau Empire miniatures. Notable about the kit is the laterally extended nose, the tips of which feature Gun Drones. Its sleek panels curve up towards a wider body that can support a turret-mounted gun, which can swivel in different directions. It features two engines, which can also be tilted at various angles. The kit comes with a selection of weapons including a smart missile system, ion cannon, railgun, networked markerlights, and two gun drones.

This multi-part plastic kit contains 88 components and a Tau transfer sheet with which to make a Hammerhead Gunship or a Sky Ray Gunship.