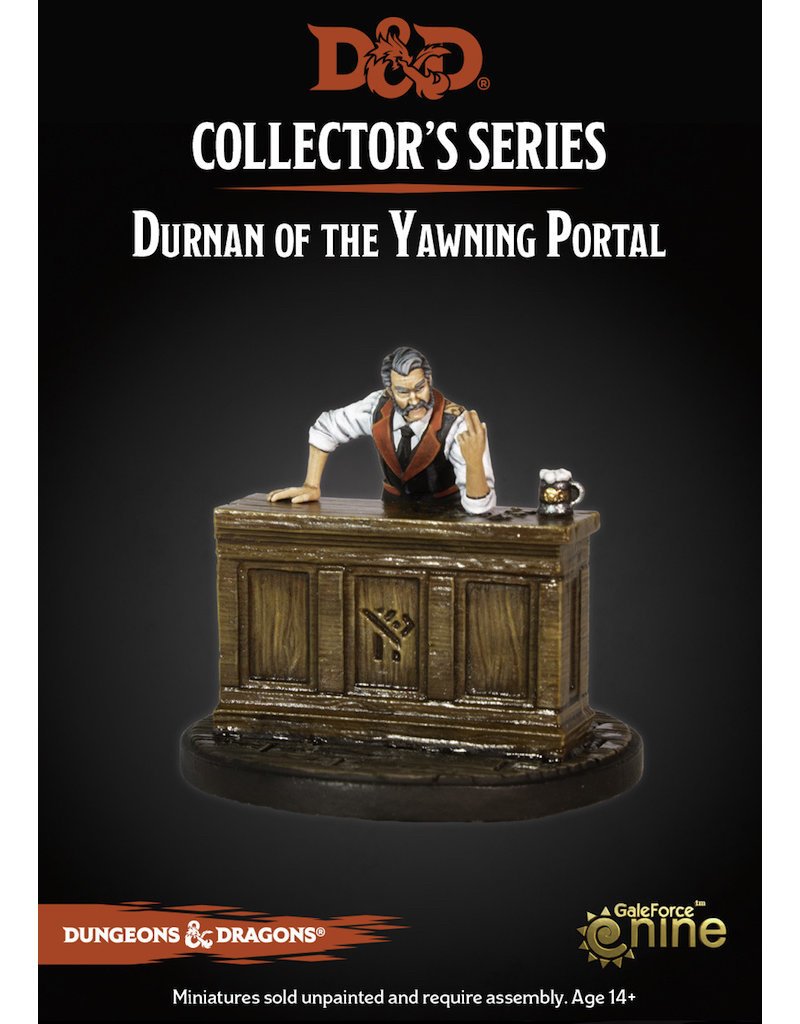 Durnan is the owner and proprietor of the Yawning Portal. Although he looks like a middle-aged man whose best days are behind him, Durnan has a sharp mind and can still swing a sword when he must. He keeps Grimvault, his magic greatsword, within reach under the bar, and can chop tables in half with it if he so desires. Despite his sword, and having his double crossbow to hand, when a brawl breaks out Durnan prefers fighting with fists and a well flung tankard. Miniatures are sold unpainted and require assembly