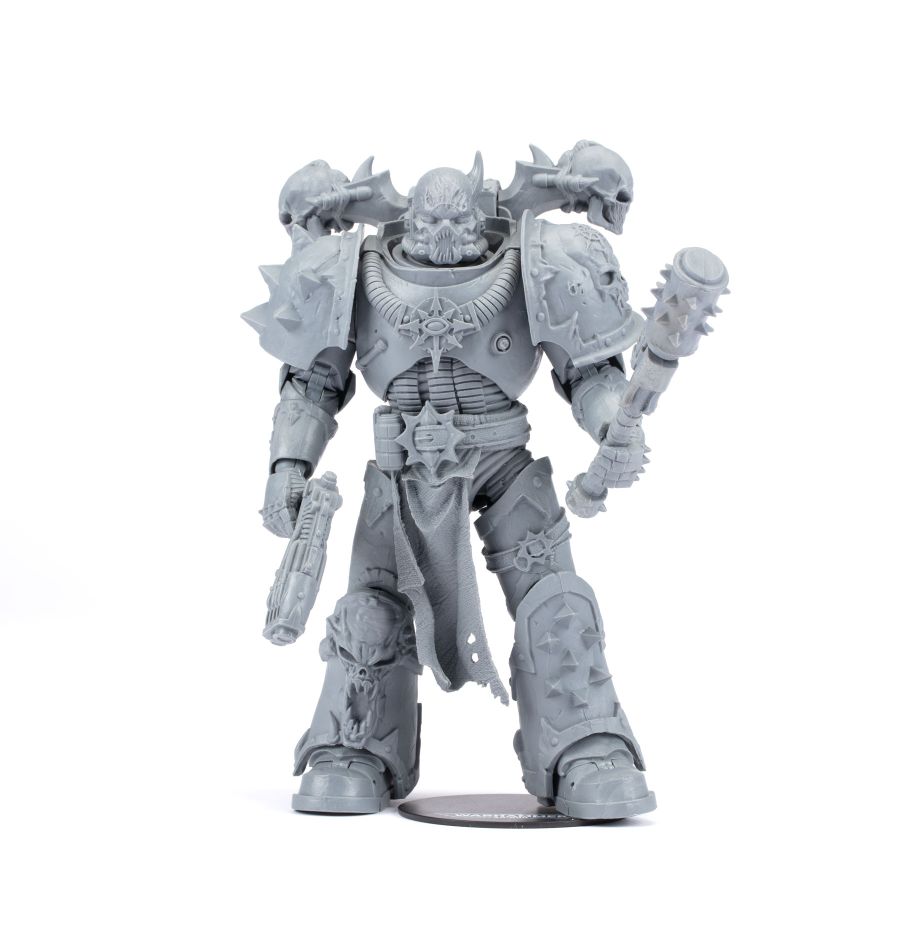 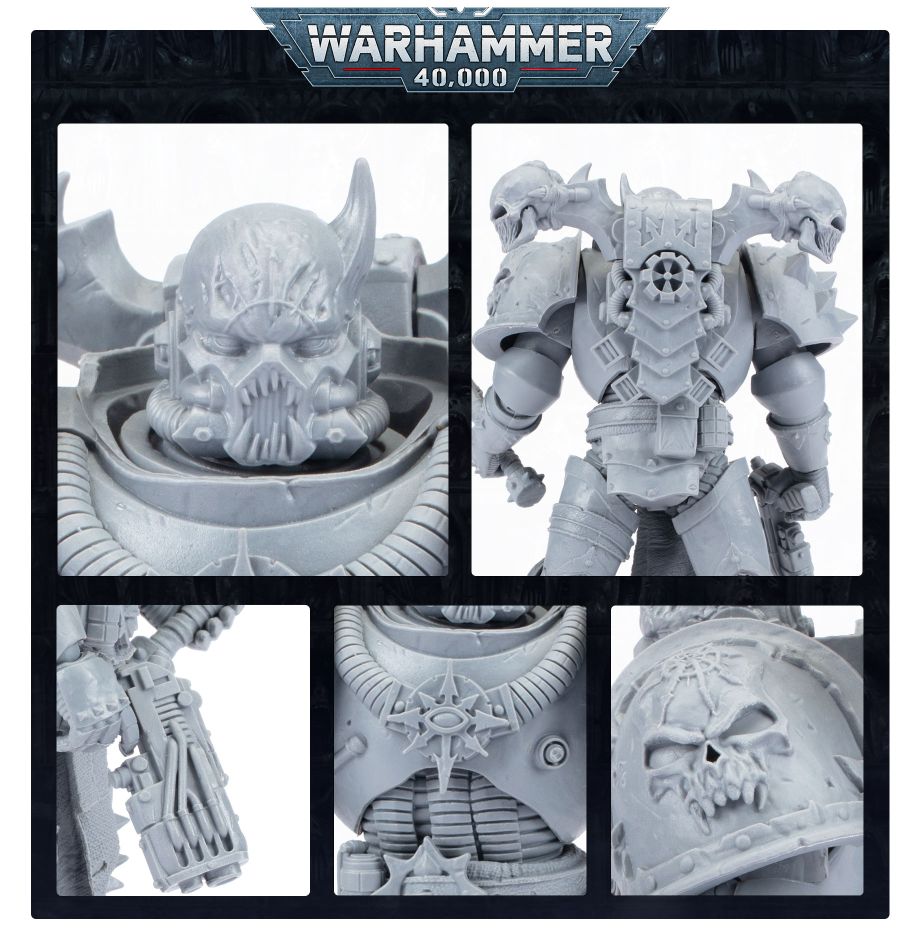 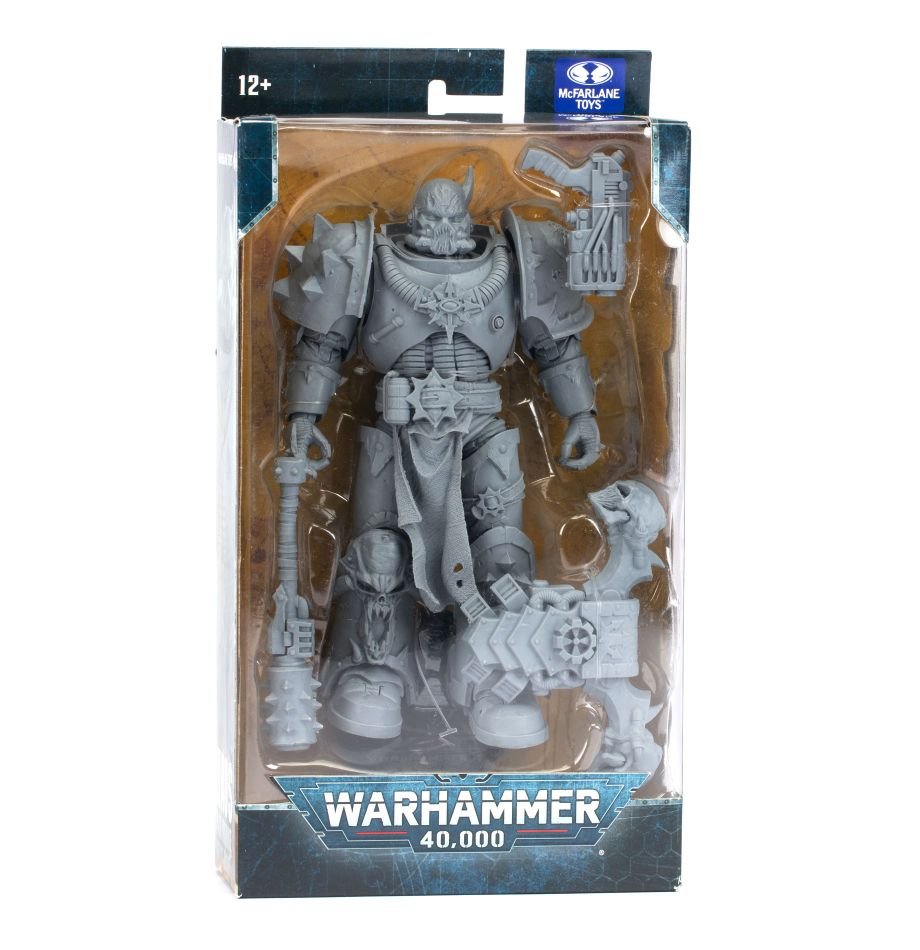 Chaos Space Marines are hate-filled slayers of kings and conquerors of worlds – destroyers, enslavers, and agents of ruin. They are the Imperium's fear made manifest – that the noblest of souls can become a horrifying and twisted foe. Once the strongest and purest defenders of humanity, they now embrace a darker fate.

This incredibly detailed action figure shows the corrupt majesty and power of the Heretic Astartes. This Artist Proof comes in grey plastic, allowing you to paint it in the colours of your favourite warband. Armed for close combat, he wields an archaic plasma pistol in one hand, and a brutal power maul in the other. With 22 points of articulation, you’ll be able to show him in the throes of mortal combat, or striking sinister poses on your shelves.

This 7” figure is cast and assembled with the exceptional quality you'd expect from McFarlane Toys. The sculpt highlights the many personalised decorations and ‘gifts’ from the Dark Gods, his armour trimmed with leering daemonic faces, spikes, and skulls. This figure is moulded in grey plastic, allowing you to customise it with your own paint job. It also comes complete with a base to stand the model on to keep it steady on your shelves. It comes packaged in a display box with a window to allow you to admire your figure should you choose to keep it boxed.