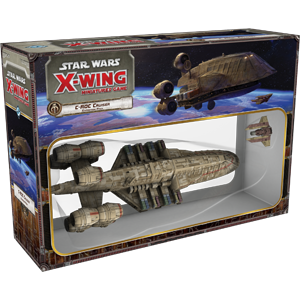 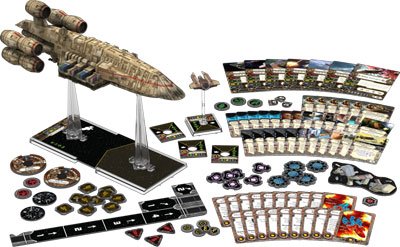 Safeguard your fortunes with the C-ROC Cruiser Expansion Pack! Designed for use in the game's Cinematic Play and Epic Play formats, the C-ROC Cruiser Expansion Pack contains one C-ROC Cruiser miniature, one M3-A Interceptor miniature with an alternate paint scheme, seven ship cards, thirty upgrade cards, and all the maneuver dials, damage decks, tokens, and game pieces that you need to fly your C-ROC Cruiser and its escort to battle. Additionally, the expansion includes a new campaign for Cinematic Play in which your C-ROC draws the ire of either the Galactic Empire or Rebel Alliance.
This is not a stand-alone game. A copy of X-Wing Miniatures Game or X-Wing Miniatures Game - The Force Awakens is required to play.