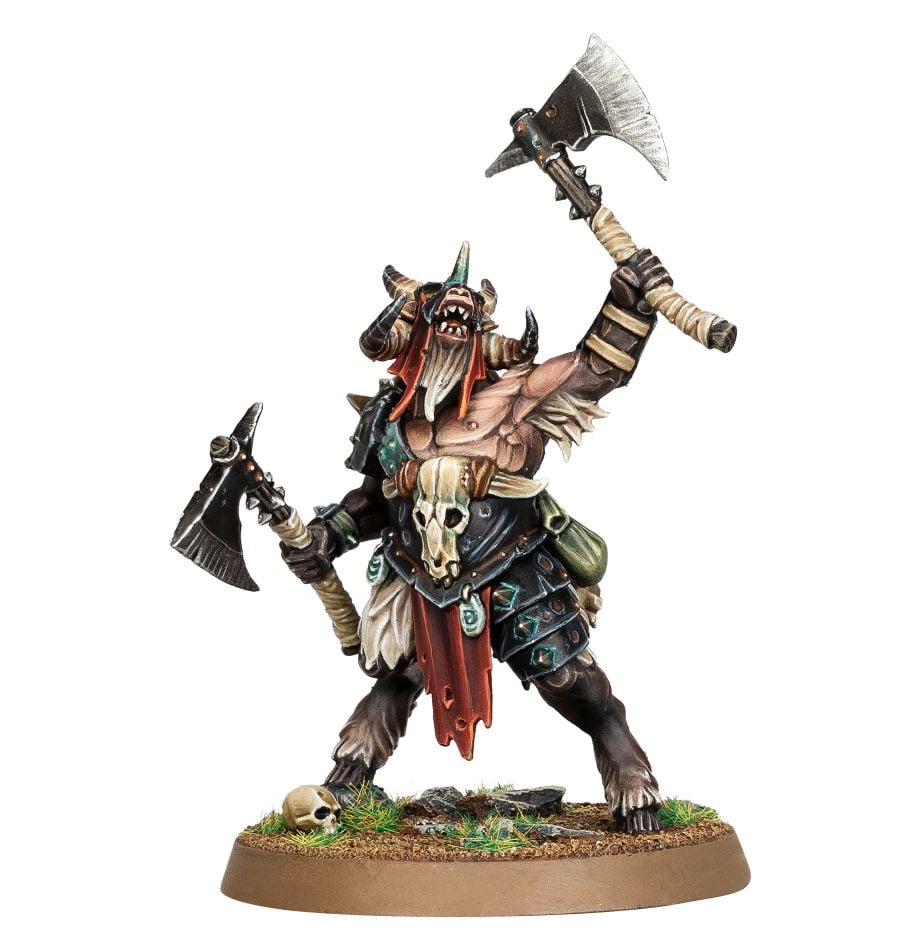 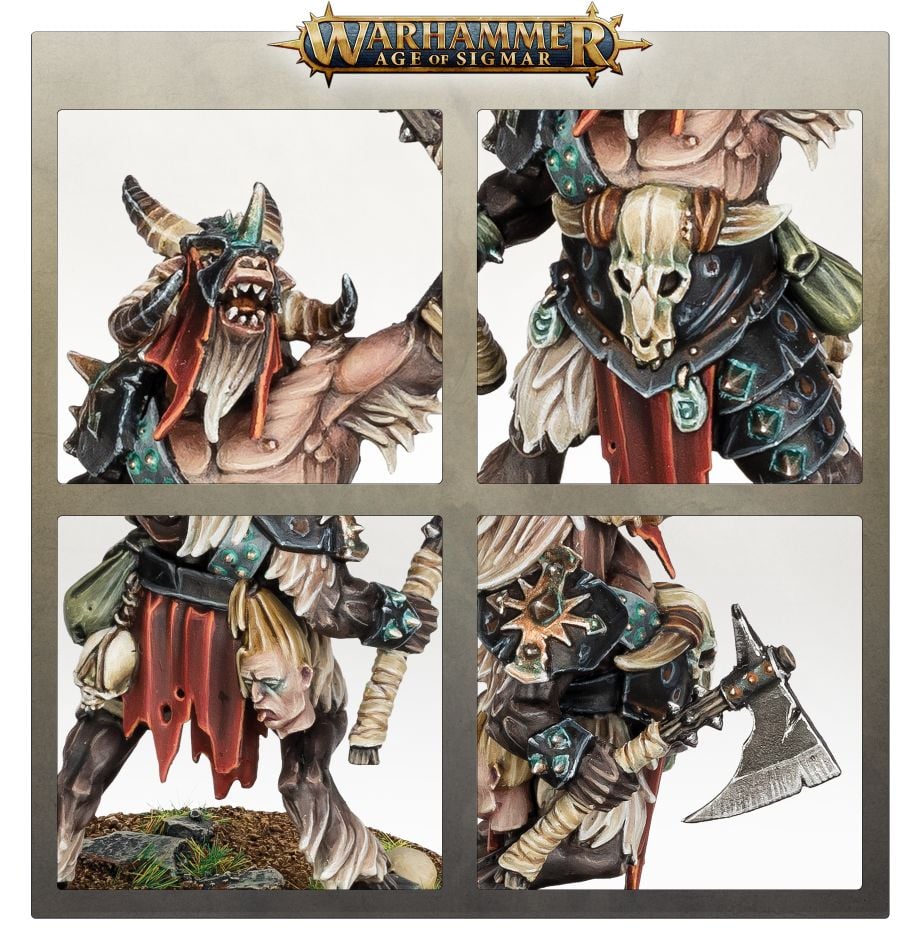 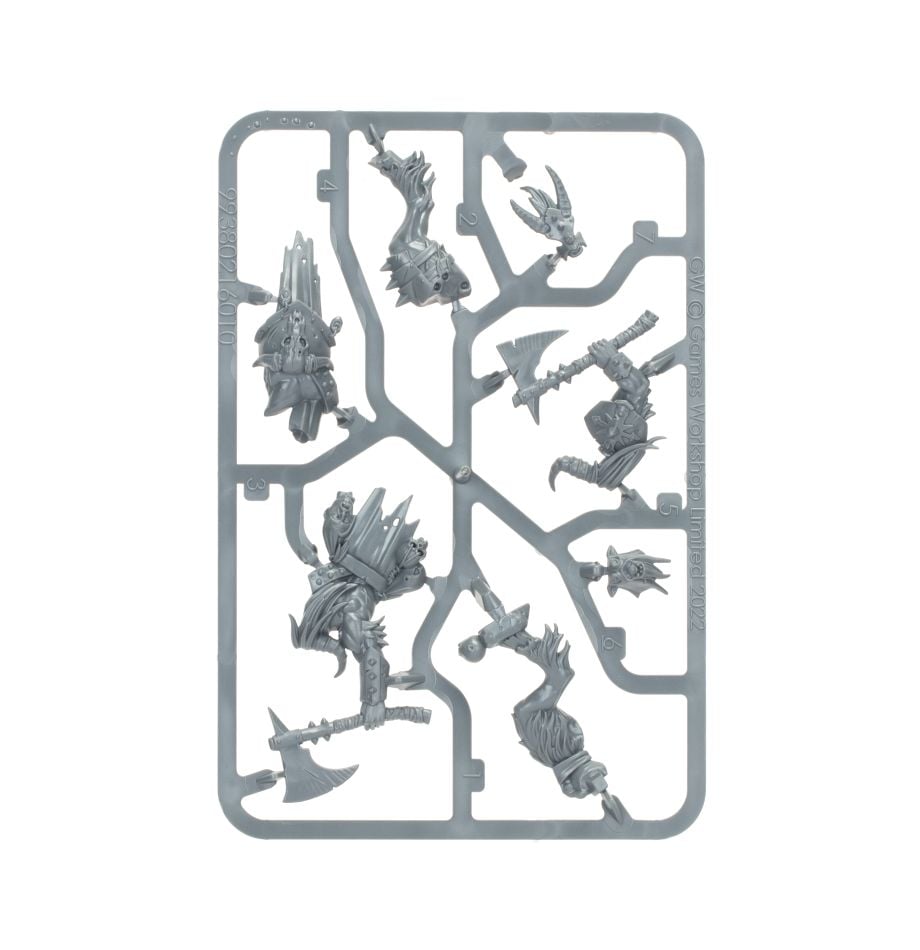 In the merciless society of the Beasts of Chaos, only the mightiest rise to power. These are the Beastlords – hulking killers who command through intimidation and brutality, and delight in sinking their man-ripper axes into the skulls of their foes. The largest and most feared of their kind, Beastlords rule over their herds with an iron hoof, leading raids to plunder and destroy civilisation wherever it encroaches on their wild territories.

This multipart plastic kit builds a Beastlord, a fearsome chieftain of the gor-kin. Armed with a pair of man-ripper axes – just as good for ripping through orruks, aelves, and any other heroes unlucky enough to get in his way – this savage war-leader is decorated with grisly trophies claimed from his rivals. Furred, horned, and musclebound, he's posed in a bellowing call to battle, extolling the pure savagery and might of the Beasts of Chaos.

This kit comprises 7 plastic components, and is supplied with a Citadel 40mm Round Base. This miniature is supplied unpainted and requires assembly – we recommend using Citadel Plastic Glue and Citadel Colour paints.