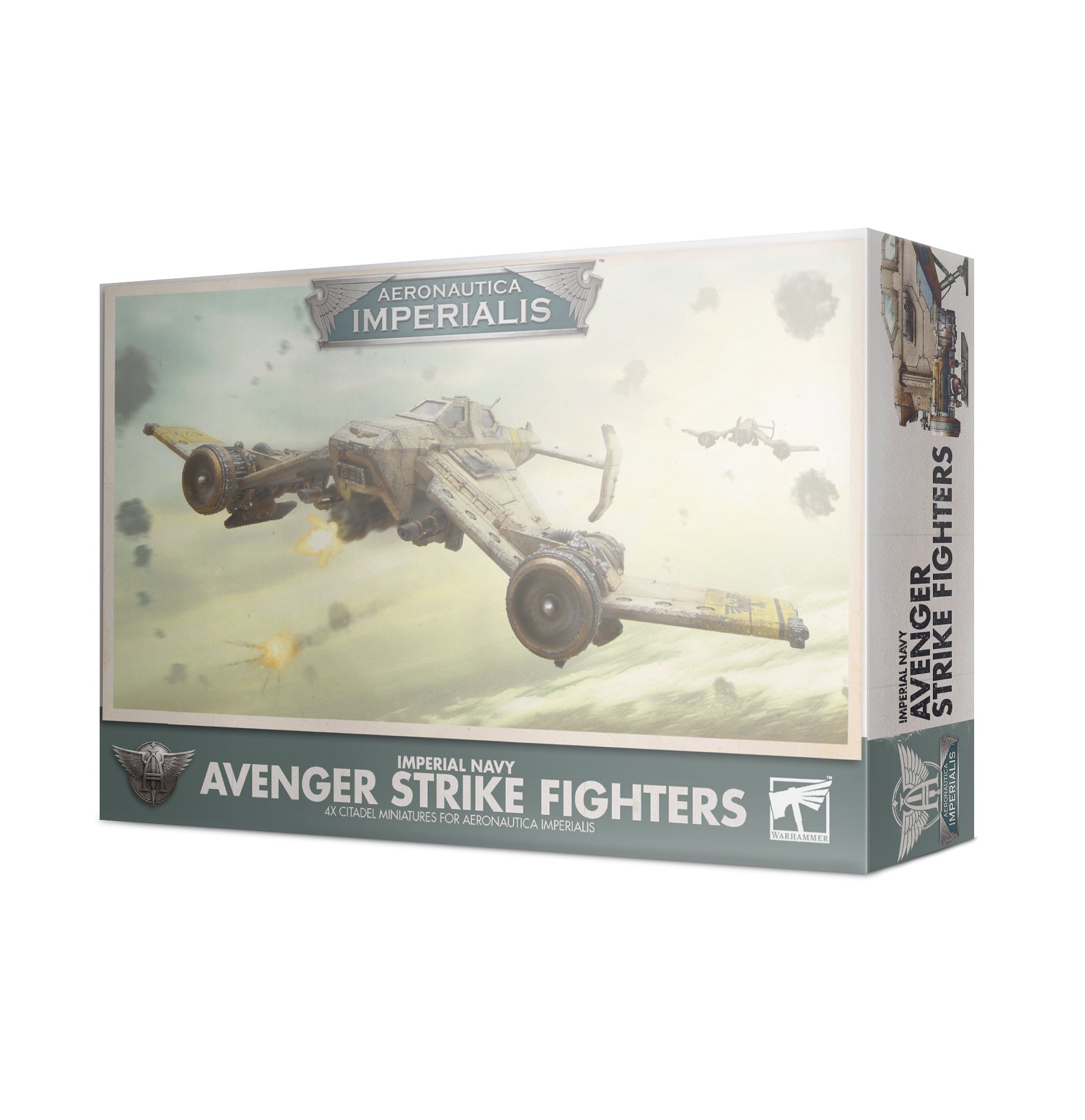 Named for the Avenger bolt cannons they bear, these fighters are often employed on strafing runs, raking armoured columns and bunkers on their weak side, rear, and top armour with mass-reactive bolt shells. With the ability to add missiles, bombs, lascannons, and autocannons, they can be geared up for a variety of mission objectives. When combined with the other fighters in the Imperial Navy, the Avenger Strike Fighter can bring tremendous amounts of firepower to both ground and air assaults.

Imperial Navy players are spoiled for choice when it comes to small, vicious dogfighters. Add Avenger Strike Fighters to the mix for some massive firepower, protected by a tail gunner – rare on such a small craft. Their mix of weapons allows you to make them a dedicated ground-attack craft, or a slugger to tail and take out slow-moving bombers. If you want to mix up the look of your squadron, these utilitarian craft look like nothing else in your forces, with their down-swept wings, exposed engines and wide tails.The set includes:- 4 plastic Imperial Navy Avenger Strike Fighter miniatures- 8 autocannons, 8 lascannons, 8 Hellstrike missiles, 8 Skystrike missiles- 4 Aeronautica Imperialis bases (each of which designates the model’s front, rear and side arcs, speed, and altitude dials, as well as a clear stand to connect the aircraft to the base)- 1 Avenger Squadron transfer sheet

The rules for using these miniatures in games of Aeronautica Imperialis can be found in the Taros Air War Campaign Book.