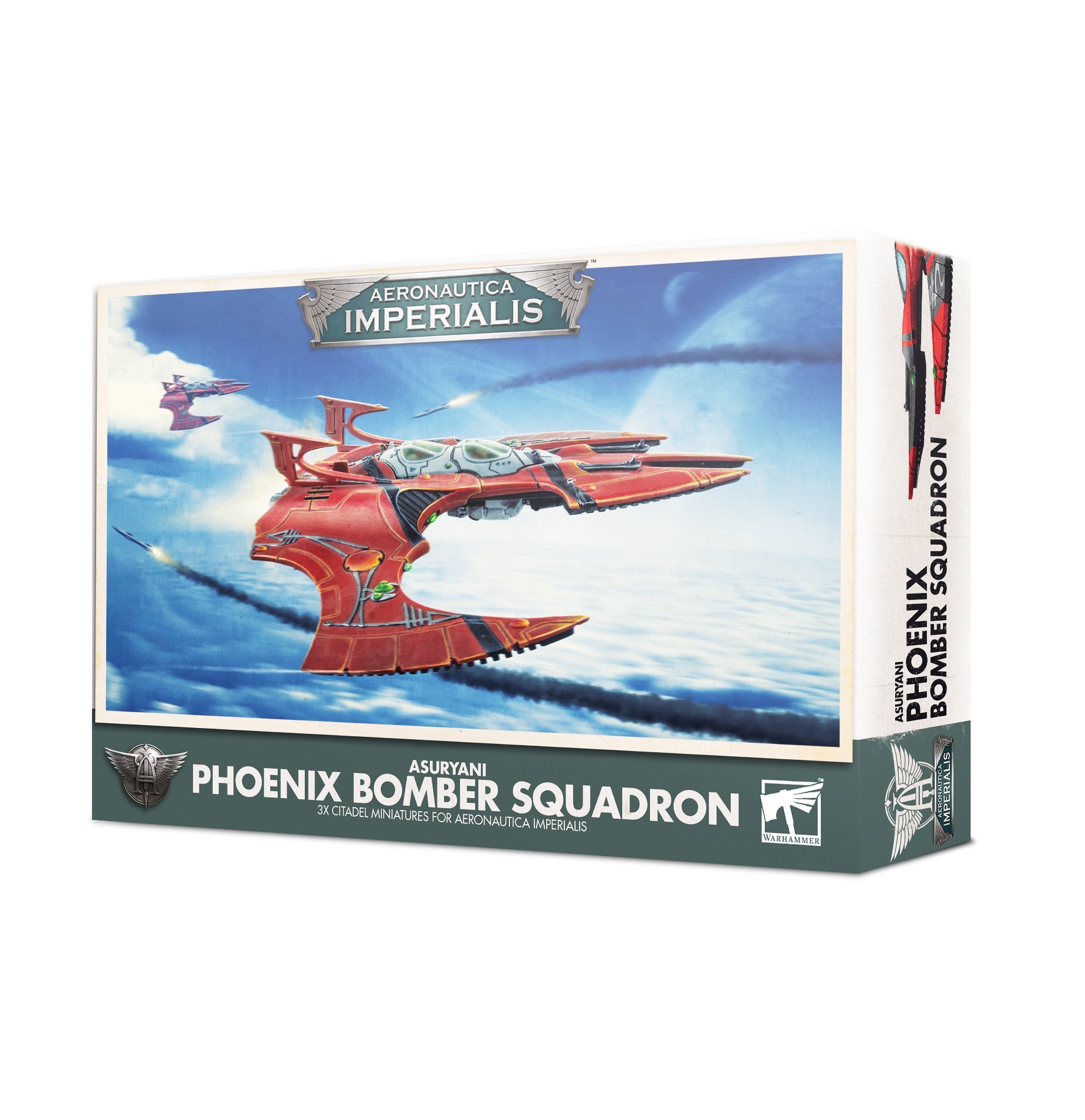 Each Phoenix Bomber is a heavily armed strike craft utilised by the Craftworld Aeldari, carrying a payload tailored towards ground attack missions. Despite these modifications, they remain fast, nimble aircraft. Capable of engaging both air and ground forces, the Phoenix Bomber is an integral tool in the Asuryani air war.

While most bombers are large, tough, and a bit lumbering, the Phoenix Bomber is anything but. With the same structural integrity as a typical fighter, it relies on speed and maneuverability to get out of tight spots, while the customisable payload allows it to excel in a wide variety of missions. The missile array can be exchanged for specialised plasma and krak missiles to target aerial and ground targets, respectively, and they can be fitted with twin bright lances, twin starcannons, or twin pulse lasers on top of their standard shuriken cannon and bomb rack armaments. A savvy Asuryani commander will find a juicy target for them more often than not, making each one count in a protracted firefight.

The rules for using these miniatures in games of Aeronautica Imperialis can be found in the Wrath of Angels boxed game. These miniatures are supplied unpainted and require assembly – we recommend using Citadel Plastic Glue and Citadel paints.