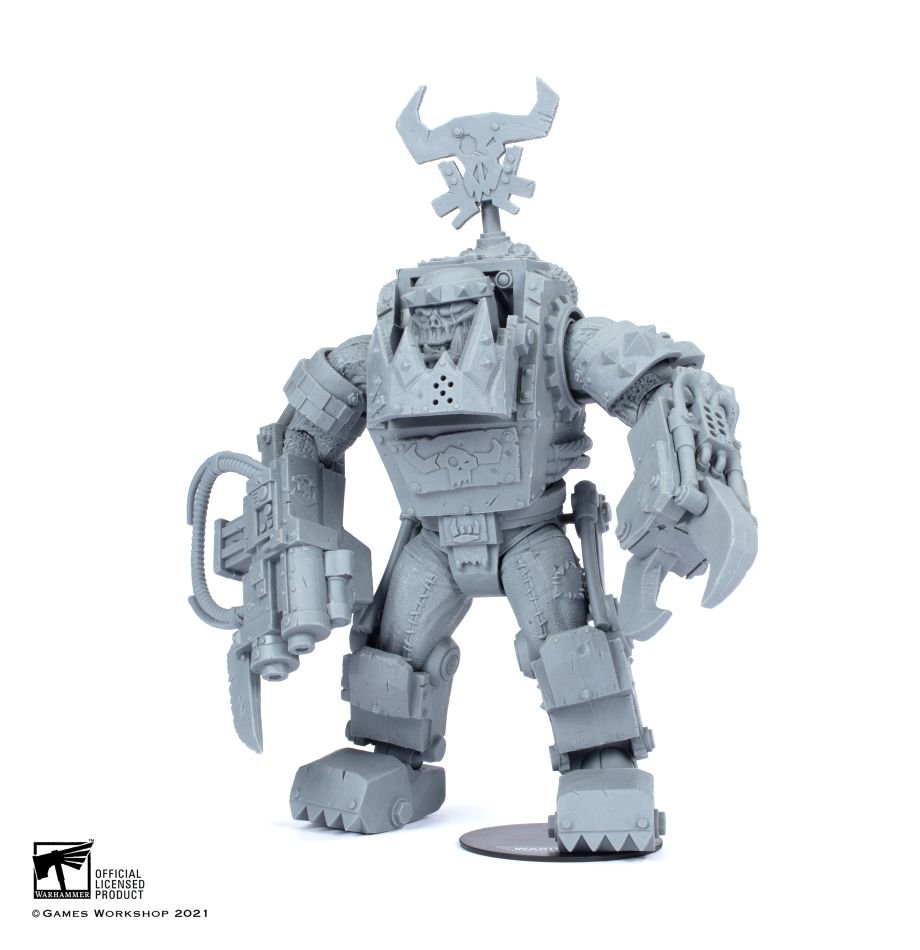 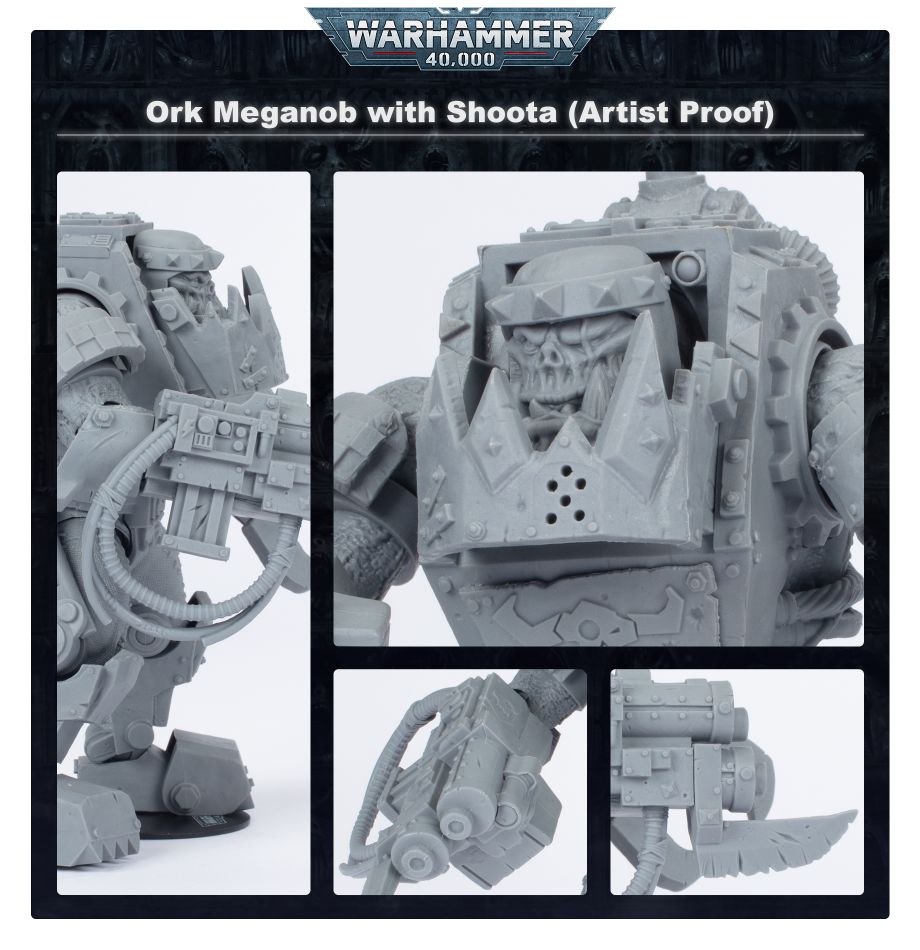 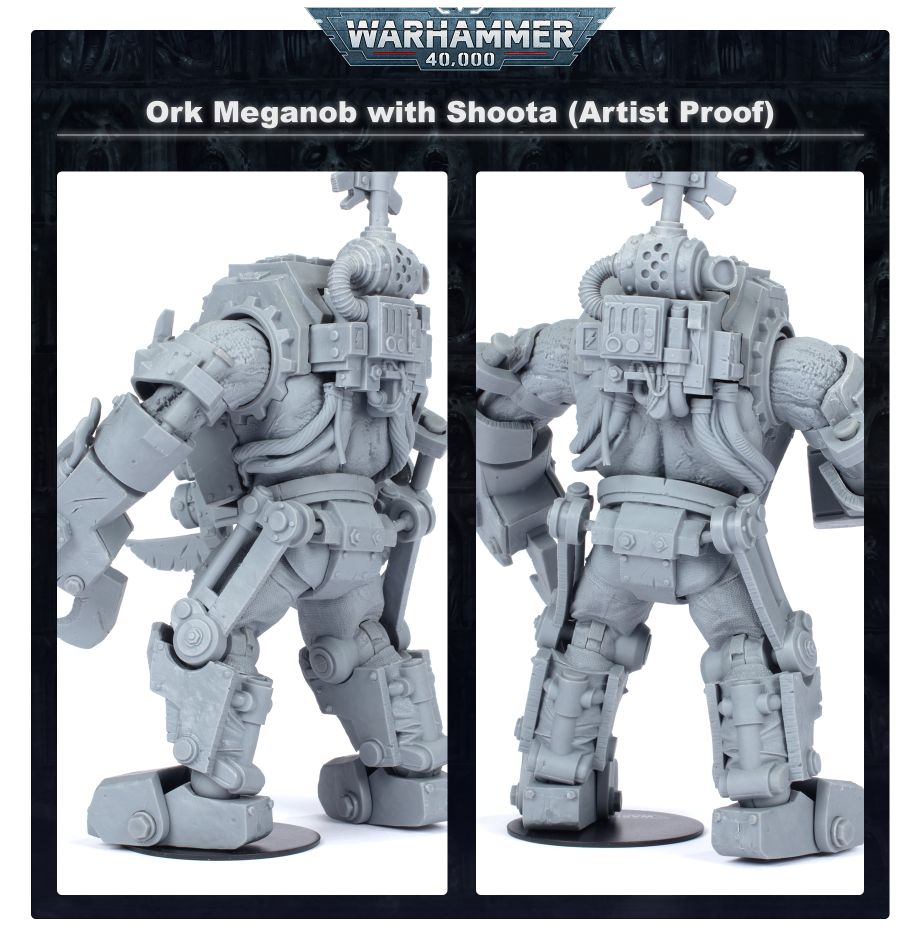 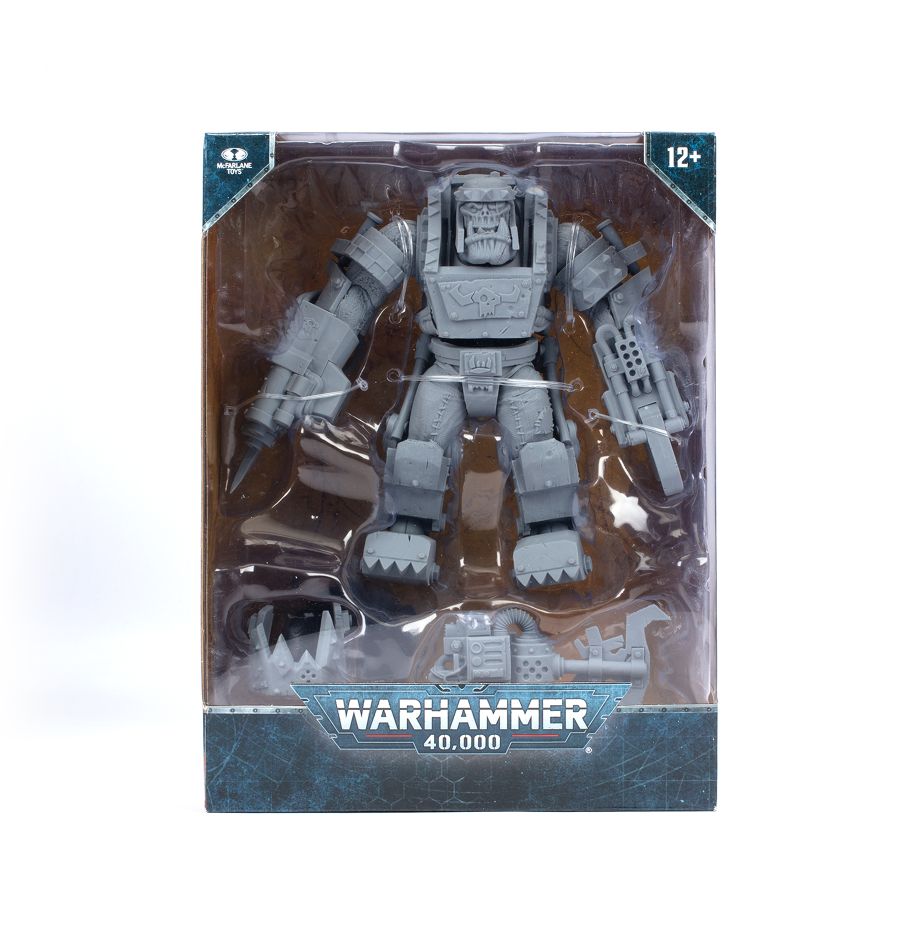 Of the many horrifying alien threats in the galaxy, the Orks are some of the worst. Their enhanced physical strength and constitution allow the Orks to act as nigh-indestructible killing machines as they rampage and tear a path across the universe. Sometimes, several different Ork clans will gather under one banner, forming a giant WAAAGH! that travels across the stars, leaving nothing in their wake alive.

This fearsome figure is an Ork Meganob, one of the biggest and scariest warriors of the Ork ruling caste. The Ork Nob comes equipped with mega armour carved with orky glyphs and iconography, as well as a big shoota to destroy his enemies.

This 7” scale action figure is cast and assembled with the exceptional quality you'd expect from McFarlane Toys, and stands considerably taller than other miniatures within the range to reflect the Orks’ staggering size. It comes in grey plastic to allow you to paint it in the colours of your favourite clan. This figure also comes complete with a base to stand the model on to keep it steady on your shelves, and it comes packaged in a display box with a window to allow you to see your figure, should you choose to keep it boxed.