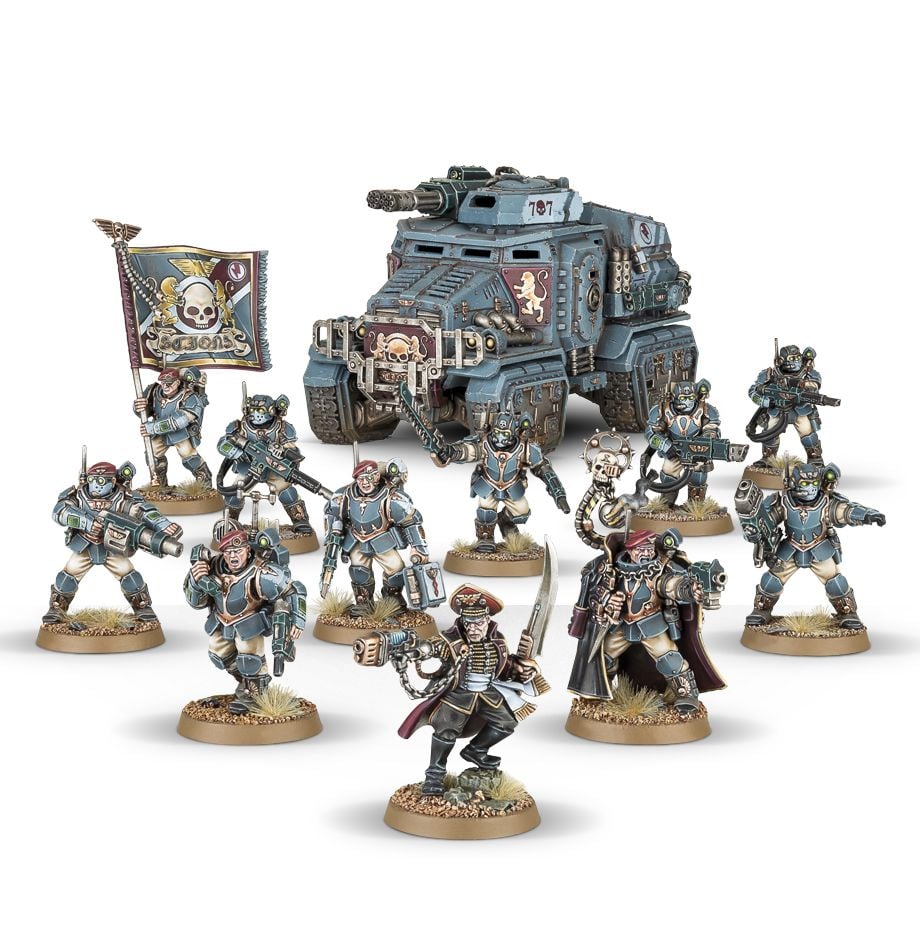 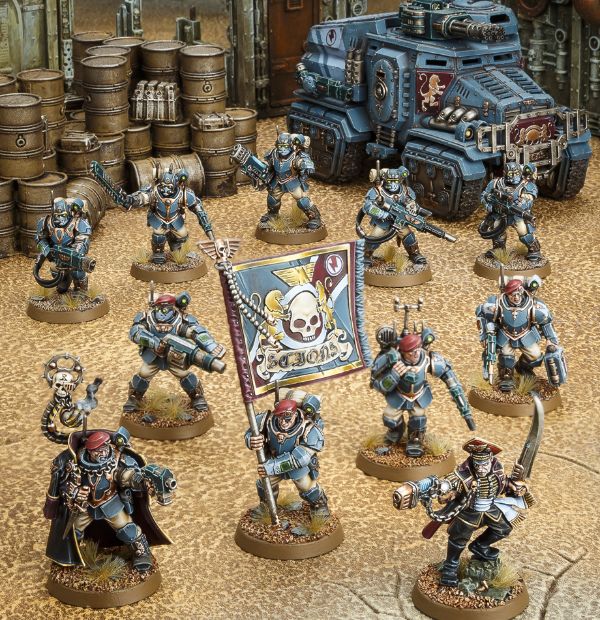 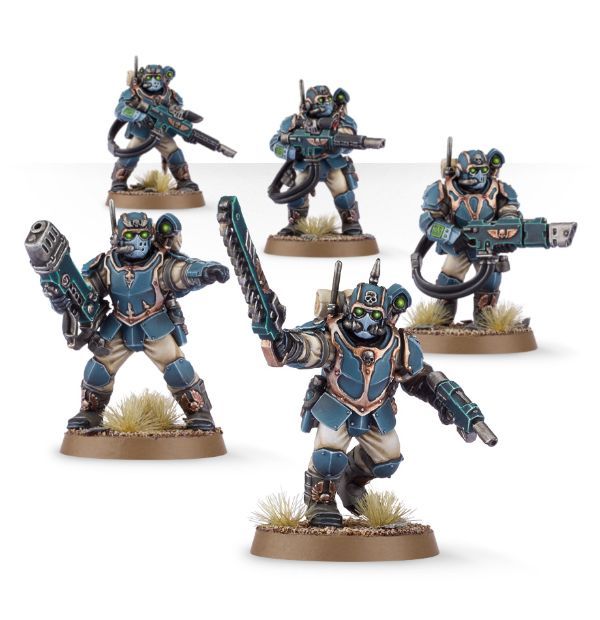 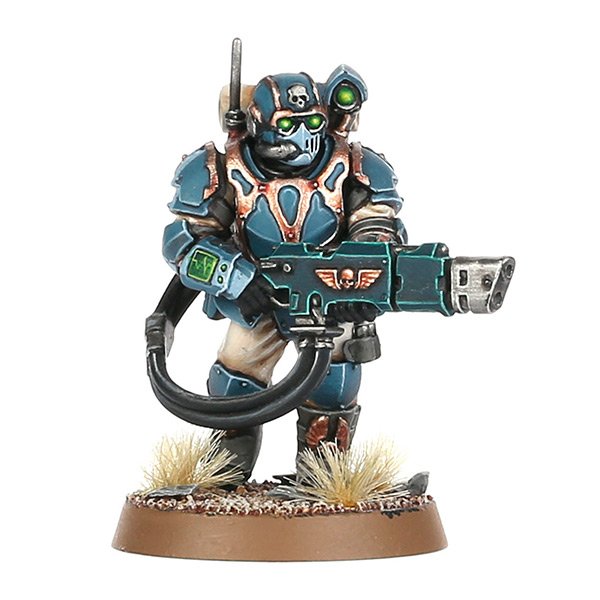 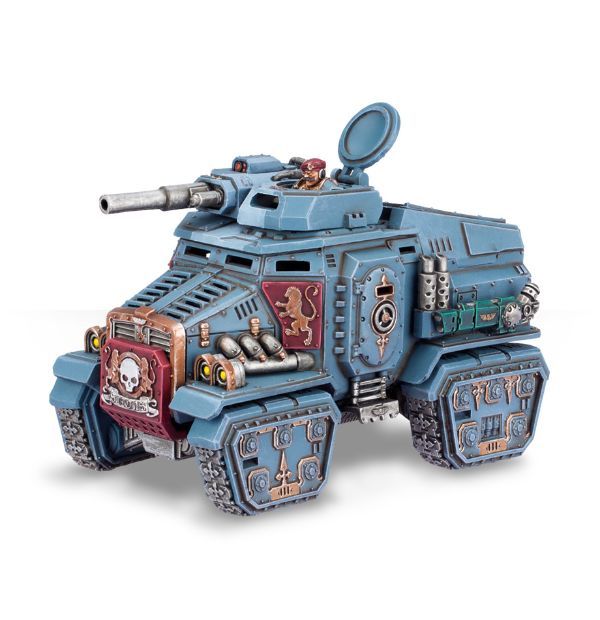 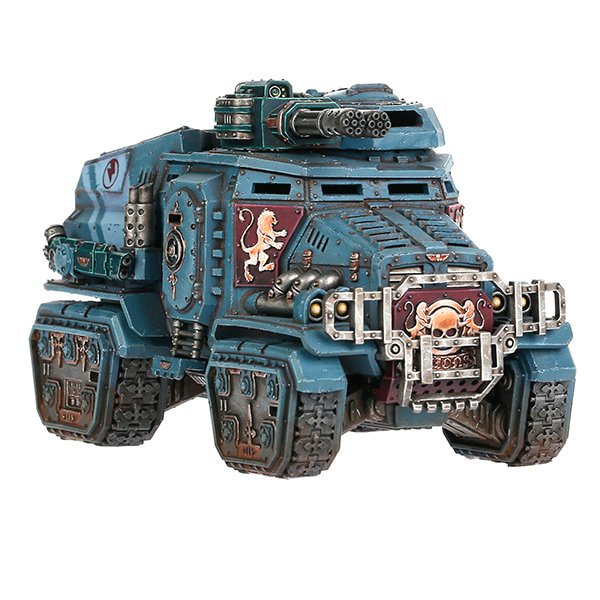 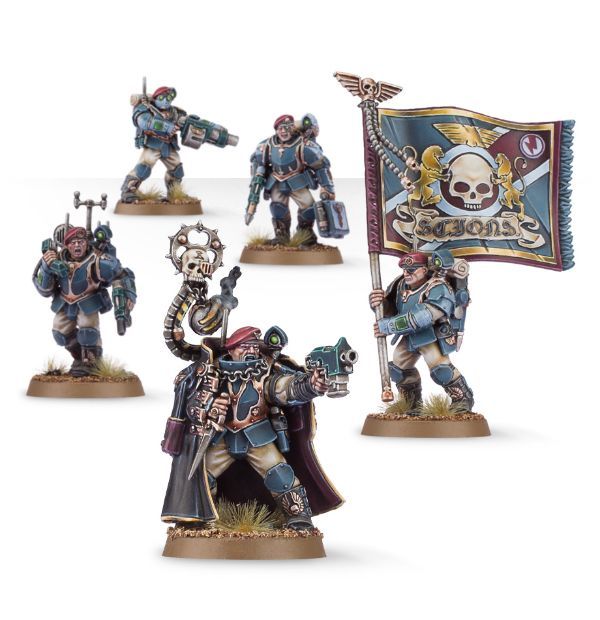 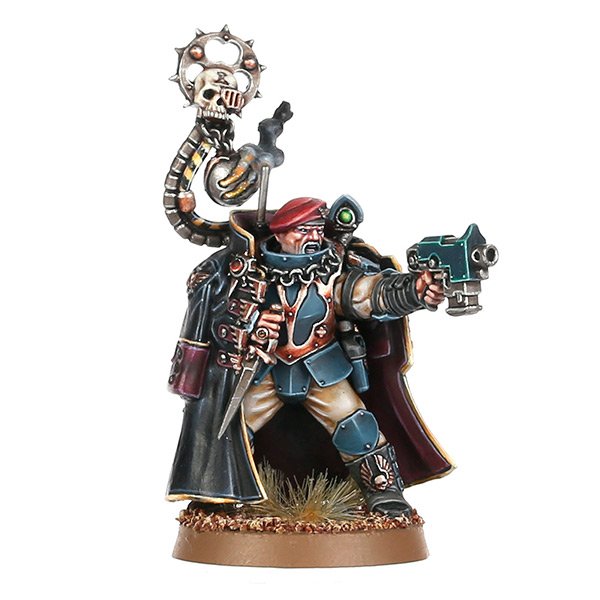 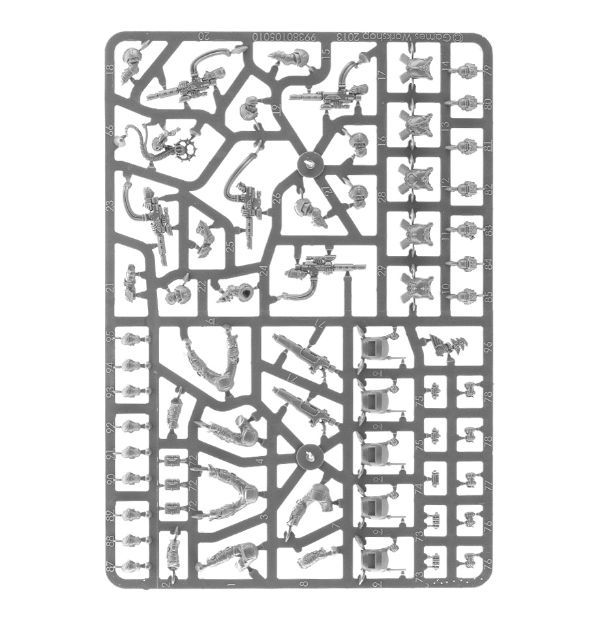 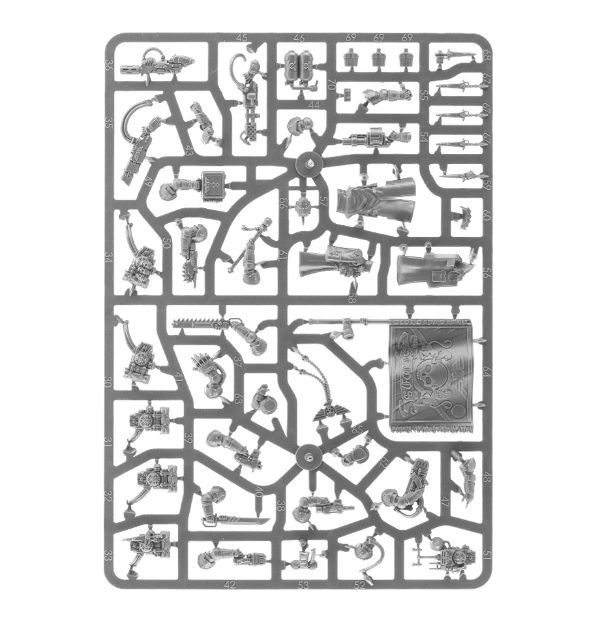 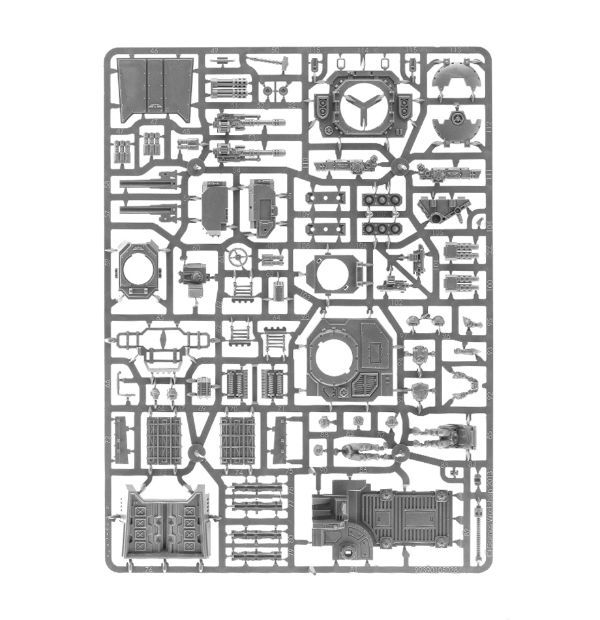 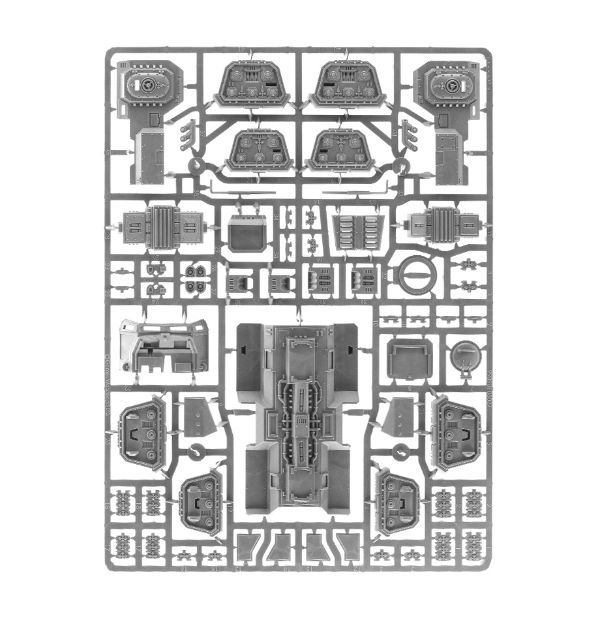 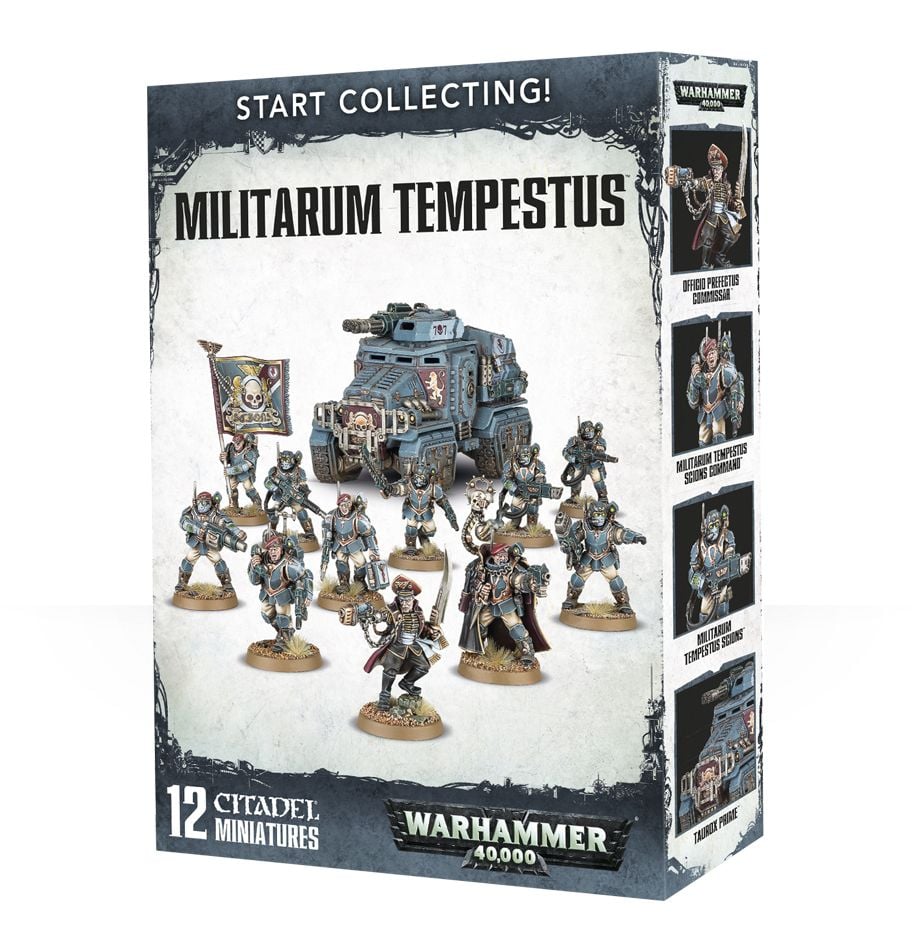 The Ordo Tempestus commands the finest human soldiers in the galaxy. Its disciplined ranks boast not only the elite Scions of the Militarum Tempestus but also brutal Commissars. Descended from the very best and bravest of the Imperium’s noble bloodlines, these exceptional warriors are called upon to to perform the toughest of missions in humanity’s darkest hour.

This is a great-value box set that gives you an immediate collection of fantastic Militarum Tempestus miniatures, which you can assemble and use right away in games of Warhammer 40,000! You’ll receive a ten-man set of Scions (assemblable as a 5-man squad and a 5-man Scions Command Squad), an Officio Prefectus Commisar, a Taurox Prime and an exclusive Militarum Tempestus Formation datasheet – special rules which confer certain abilities on this set when fielded together on the gaming table!