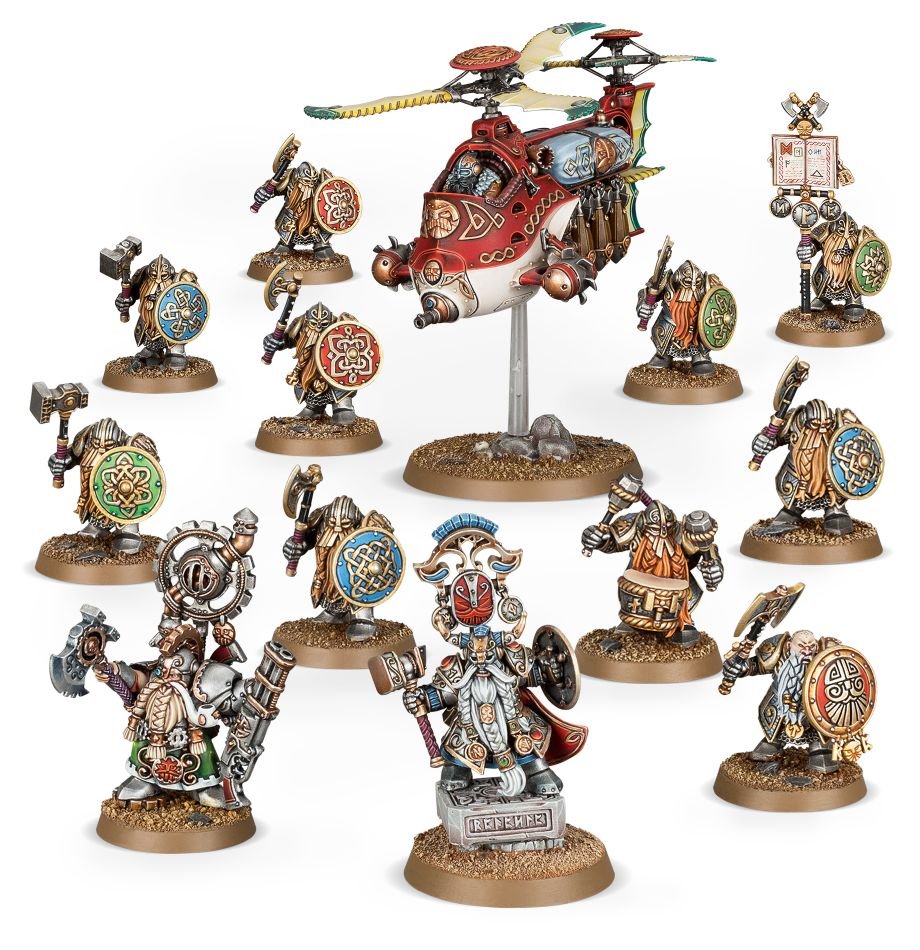 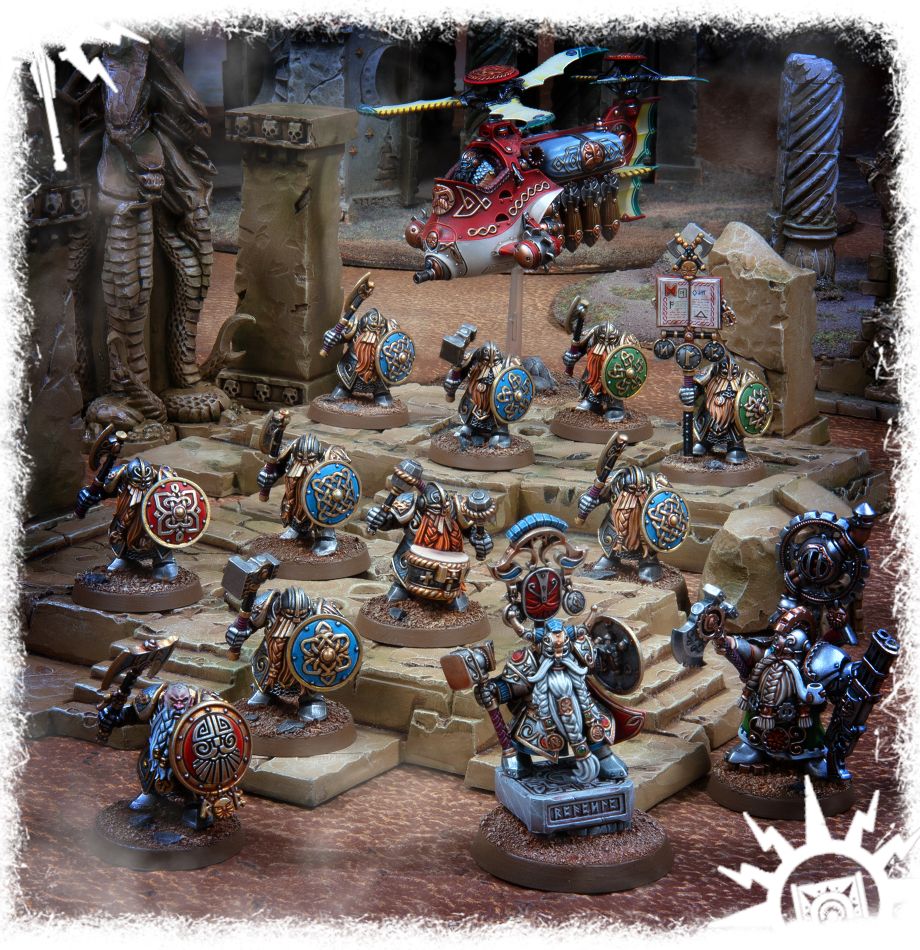 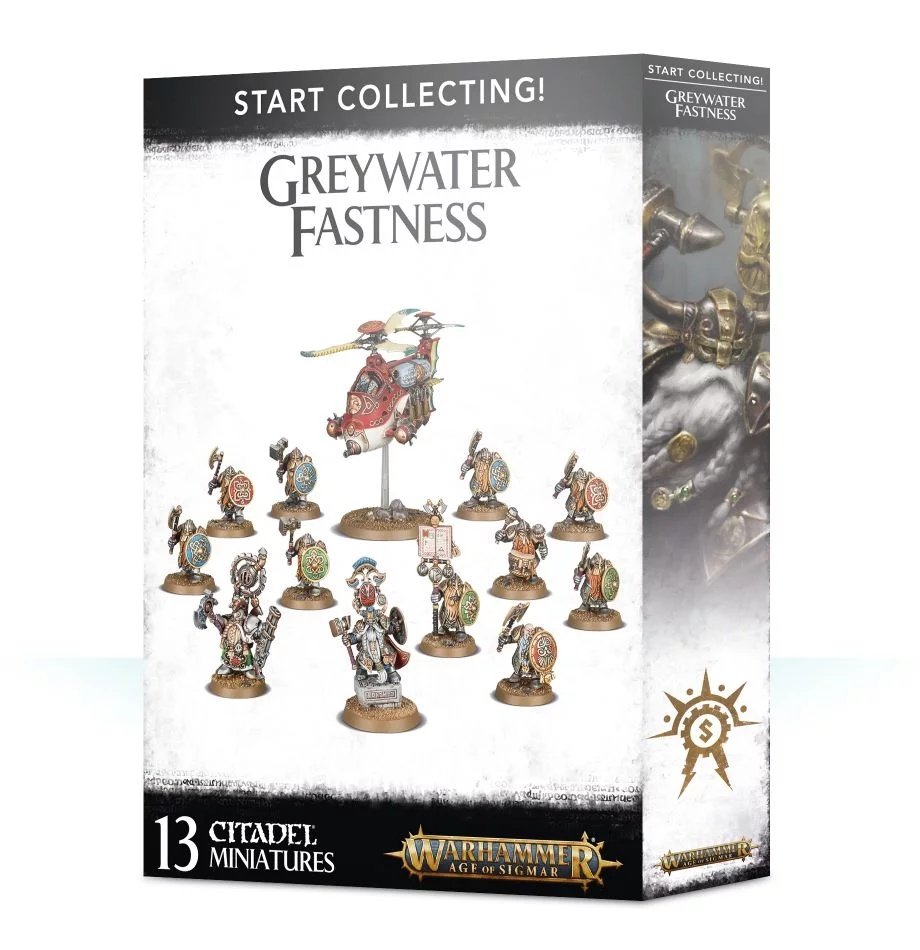 Kick off or expand your Cities of Sigmar army with this money-saving boxed set, designed to give you the core of your army and make getting stuck in with Warhammer Age of Sigmar simple. Inside, you’ll find a heavily armoured force of duardin hailing from the Dispossessed and Ironweld Arsenal – perfect for a force from the heavily industrialised Greywater Fastness, and playable in any Cities of Sigmar army!

Inside this set, you'll find:- 1x Warden King – a stalwart Duardin leader ideal for leading for your forces.- 1x Cogsmith – a master engineer who makes your war machines even more effective in battle, armed with a cog axe and a grudge-raker shotgun- 10x Ironbreakers – the nigh indomitable shieldwall of the Cities of Sigmar, clad in heavy armour and capable of weathering the heaviest of assaults (These can be optionally assembled as Irondrakes – armoured duardin wielding deadly flame-spitting ranged weaponry)- 1x Gyrobomber – an aerial war machine of the Ironweld Arsenal specialised in bringing death from above, also buildable as a fast-moving gyrocopter

This set contains 13 miniatures, and is supplied with 1x 50mm Round Base with Flying Stem, 11x 25mm Round Bases and 1x 32mm Round Base.