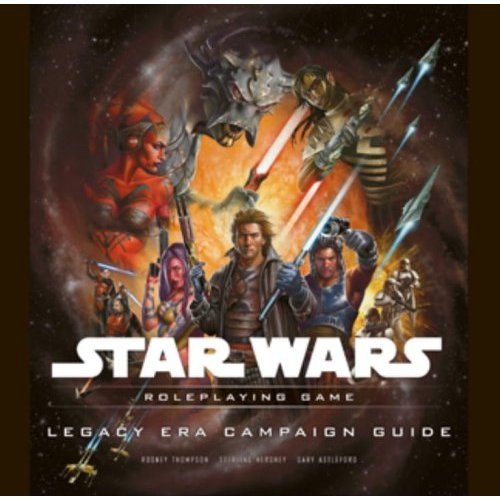 The Empire rules the galaxy once more, this time under the control of the vile Darth Krayt, and resistance is crushed under the heels of Sith overlords. The Jedi are scattered and devastated, with only a handful remaining to resist the tyranny of the Sith. The Galactic Alliance fleet is but a shadow of its former self, struggling to stay hidden while engaging in hit-and-run attacks against the Empire.

This is the Legacy Era, set 130 years after the Battle of Yavin. This campaign guide give players and Gamemasters the freedom to shape the Star Wars galaxy during an exciting period when no one is safe from evil. Players can join the struggling Galactic Alliance fleet, or fight for Roan Fel's Empire-in-exile. This book contains everything players need to create heroes that fit perfectly into the Legacy Era, while Gamemasters will find the book filled with allies, antagonists, starships, and plot hooks to create exciting adventures against the backdrop of a galaxy rules by the Sith.