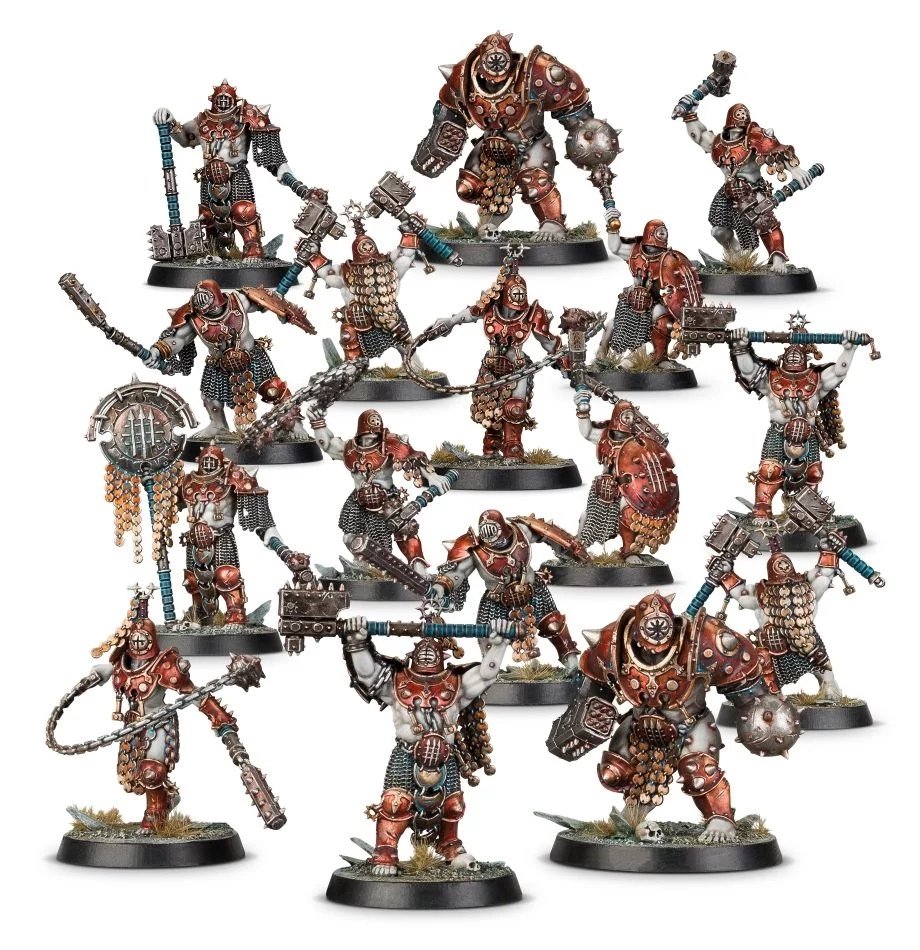 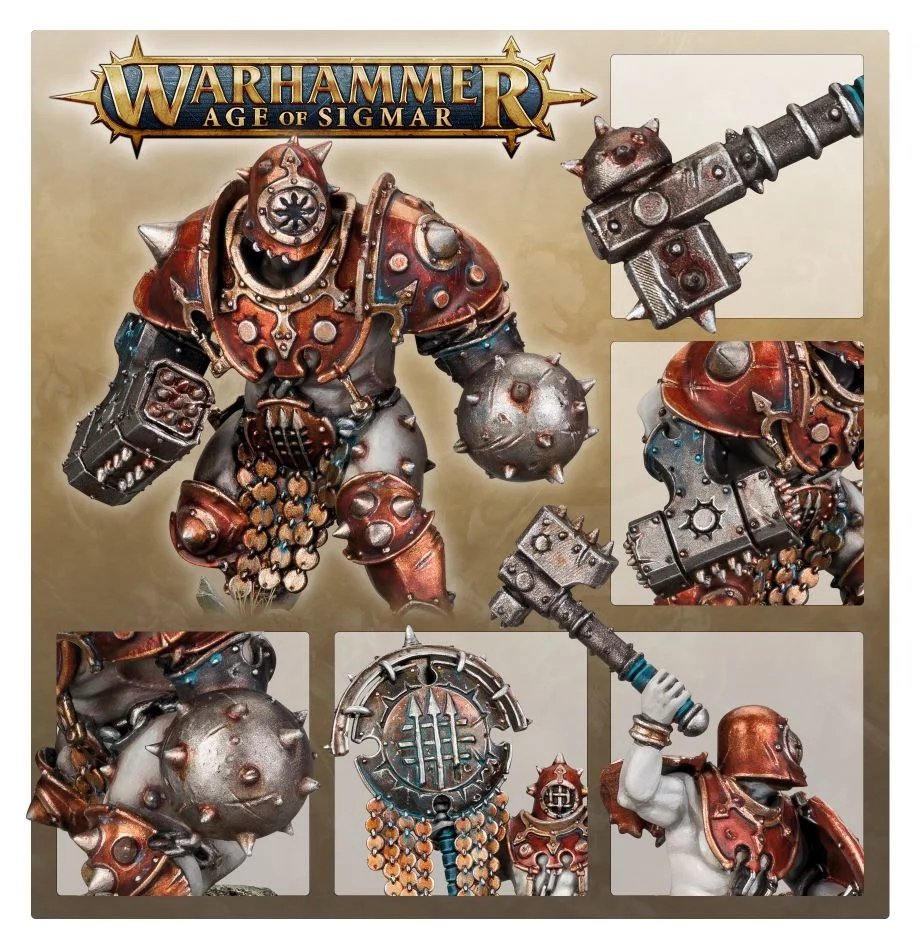 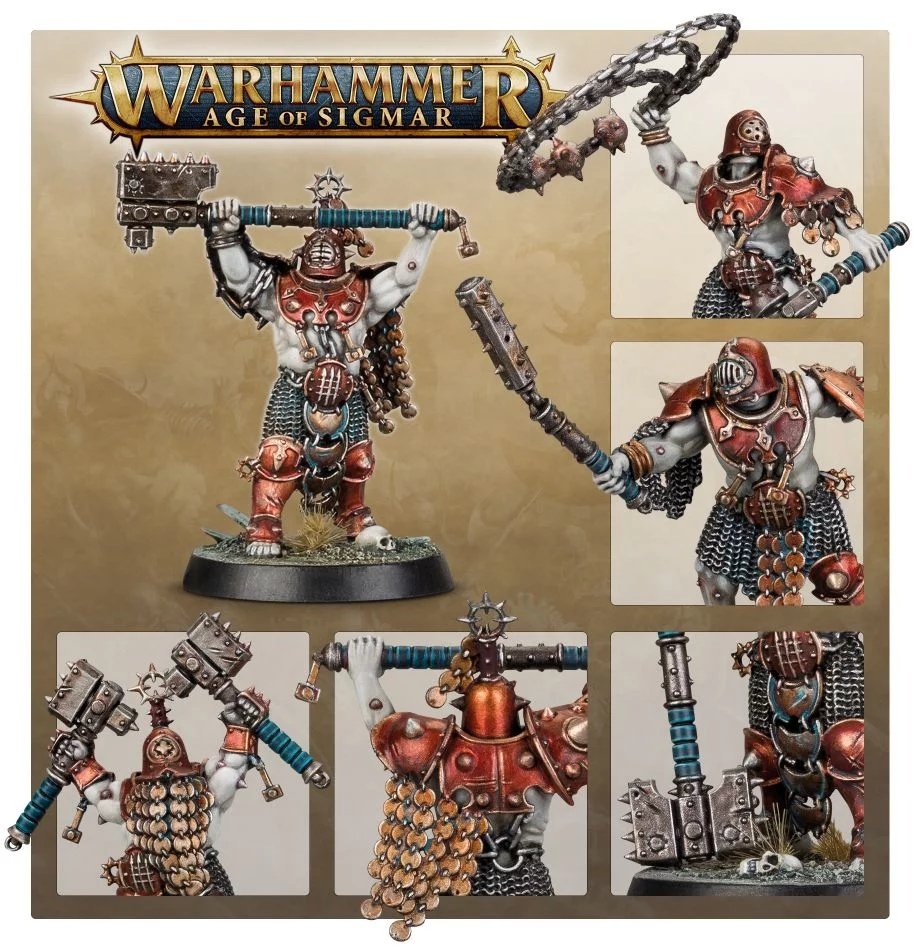 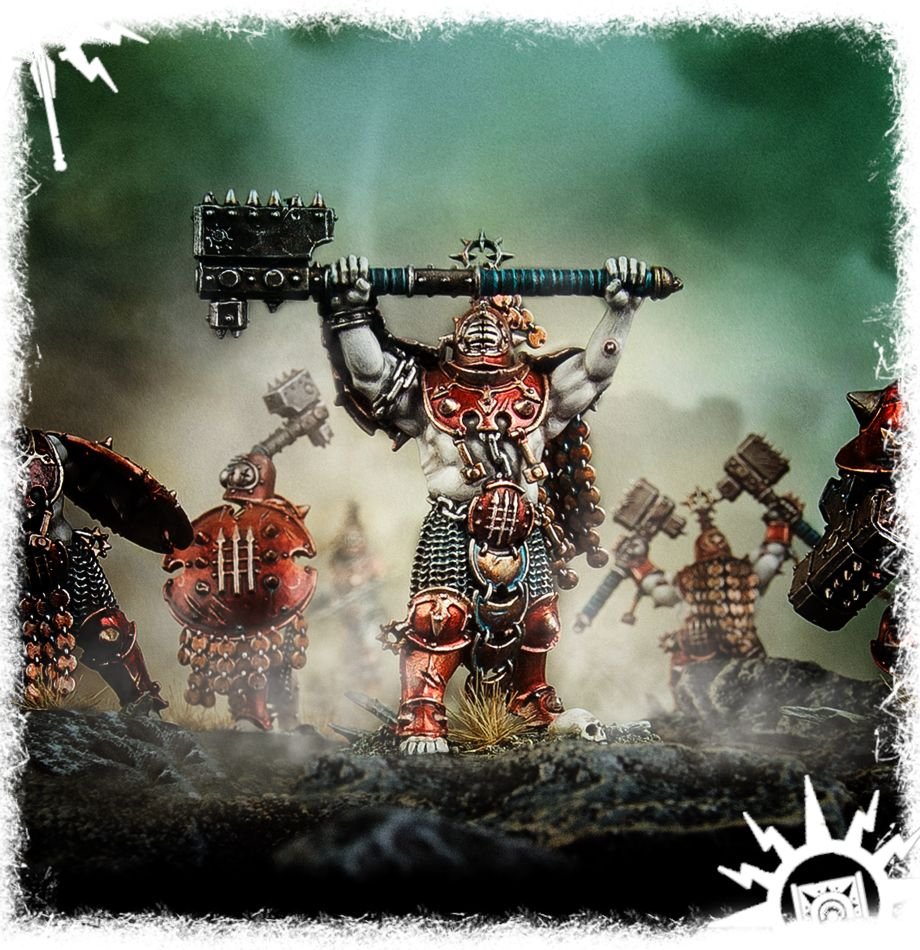 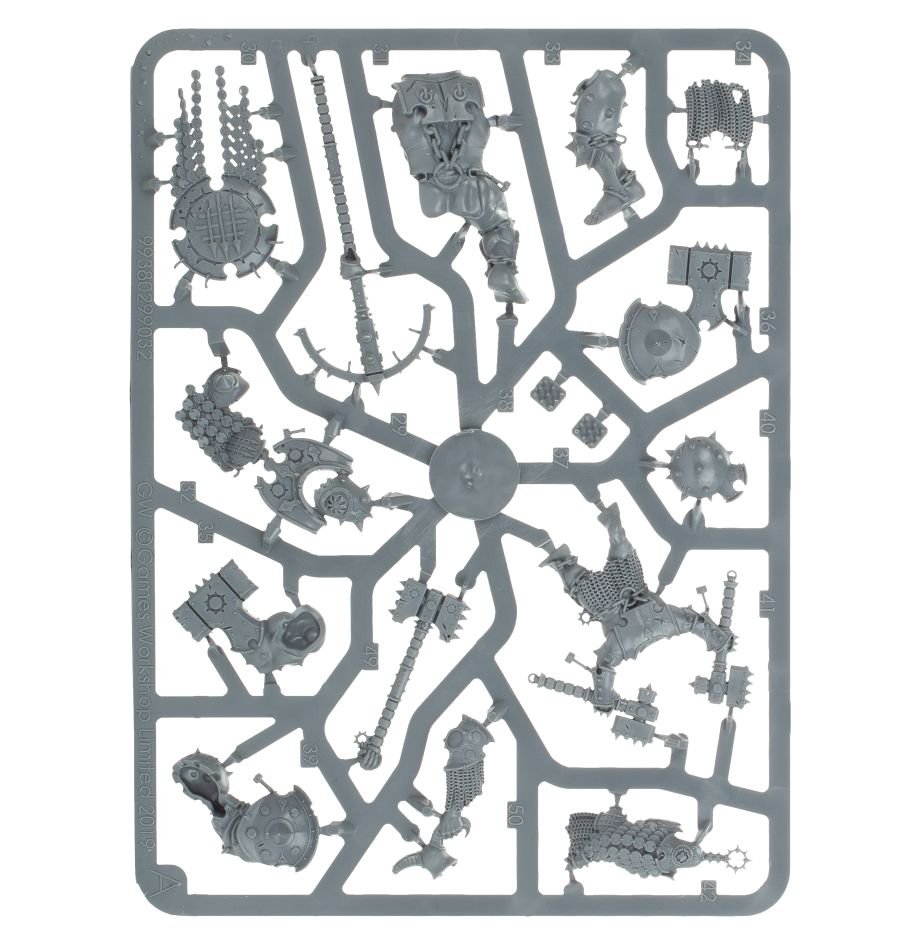 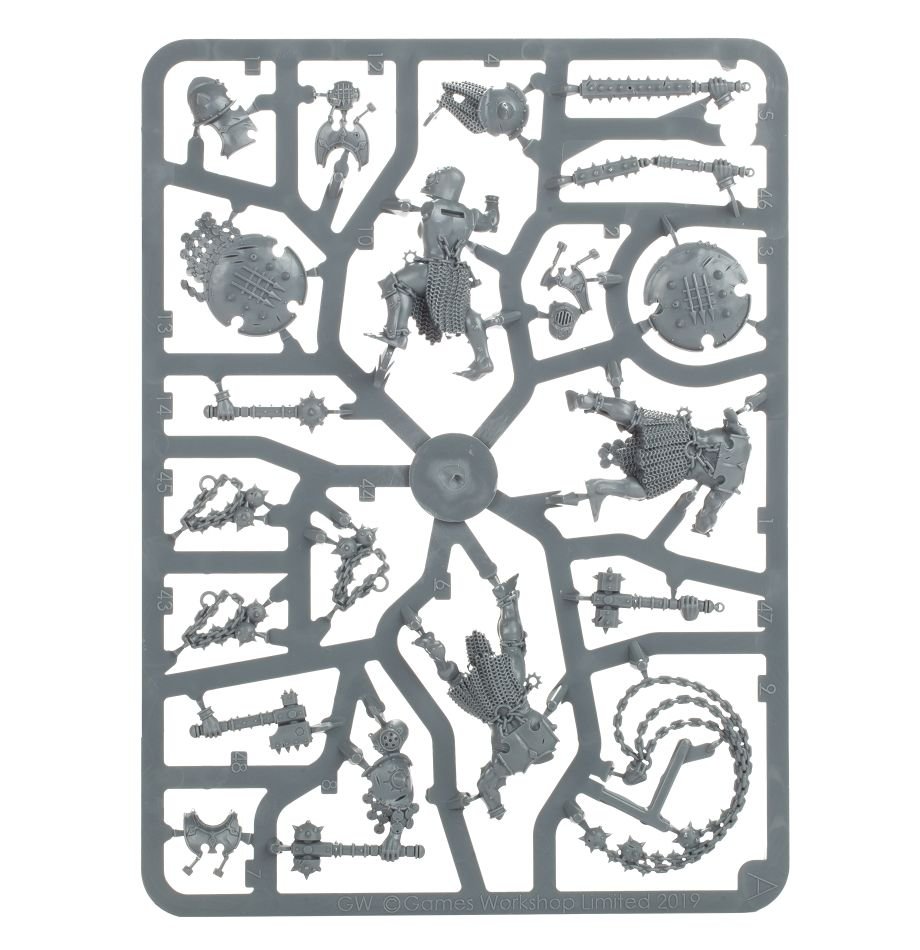 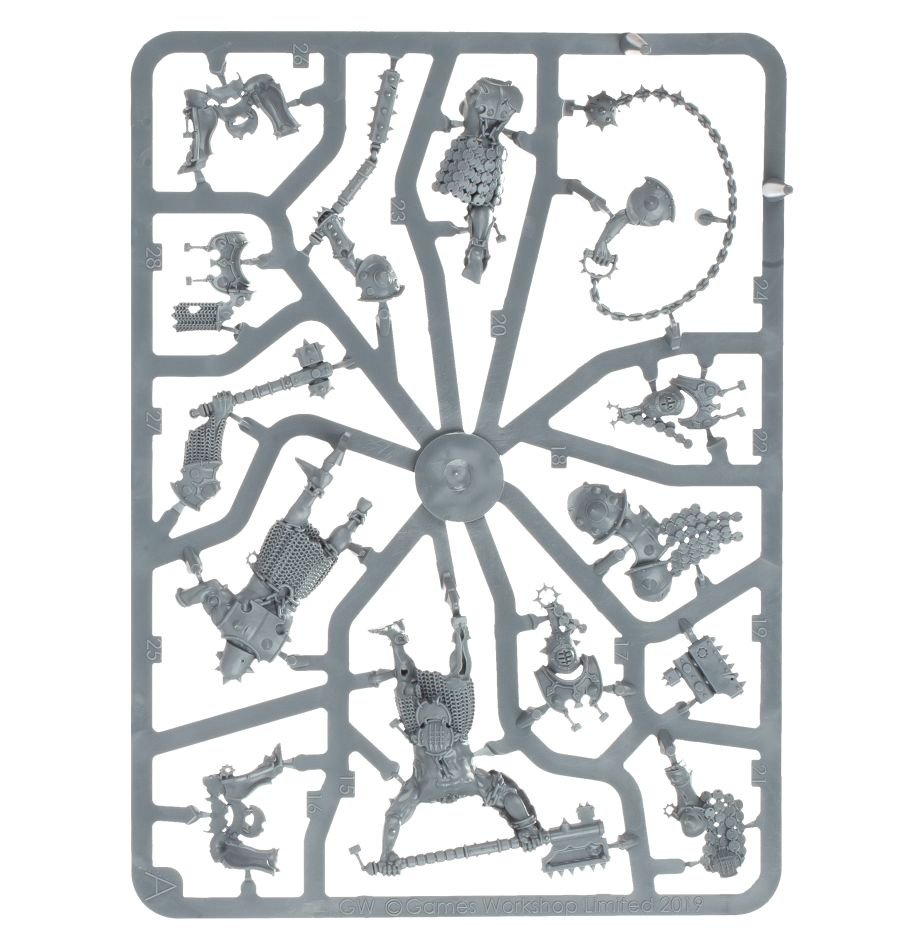 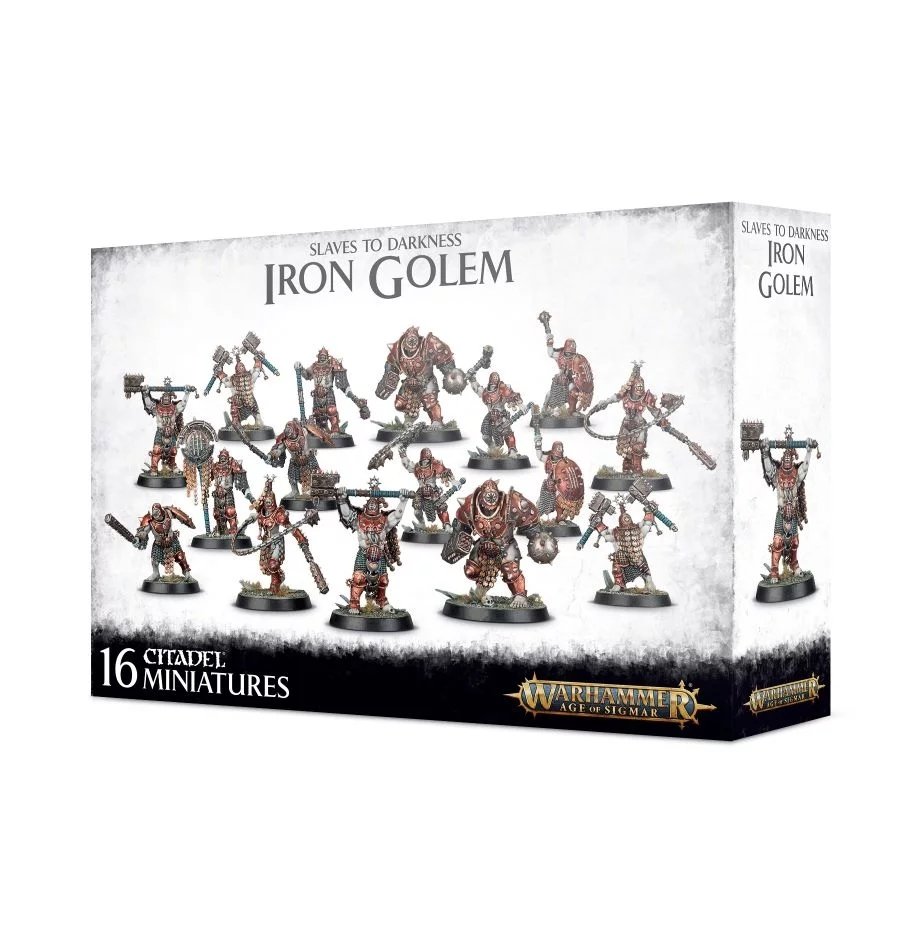 Skilled blacksmiths, the Iron Golems believe themselves chosen to provide arms and armour to Archaon’s forces. Amongst the war-wracked lands of Chamon, their legions are renowned for their dauntless resilience and chilling efficiency.If you need an objective held, a deadly foe held in place or something hit very hard with hammers, you can't go wrong with the Iron Golems. Armoured enough to stand up to pretty much anything a game of Warhammer Age of Sigmar can throw at them, and equipped with a variety of attacks to counter with, they're a solid addition to your Chaos force. Alternatively, you can use this set to bolster your roster for Warcry if you already own your Fighter Cards and Abilities Card for the Iron Golems.This set contains 16 plastic miniatures, consisting of:- 2x Dominars- 2x Ogor Breachers- 2x Signifiers- 6x Iron Legionaries- 2x Drillmasters- 2x Armators