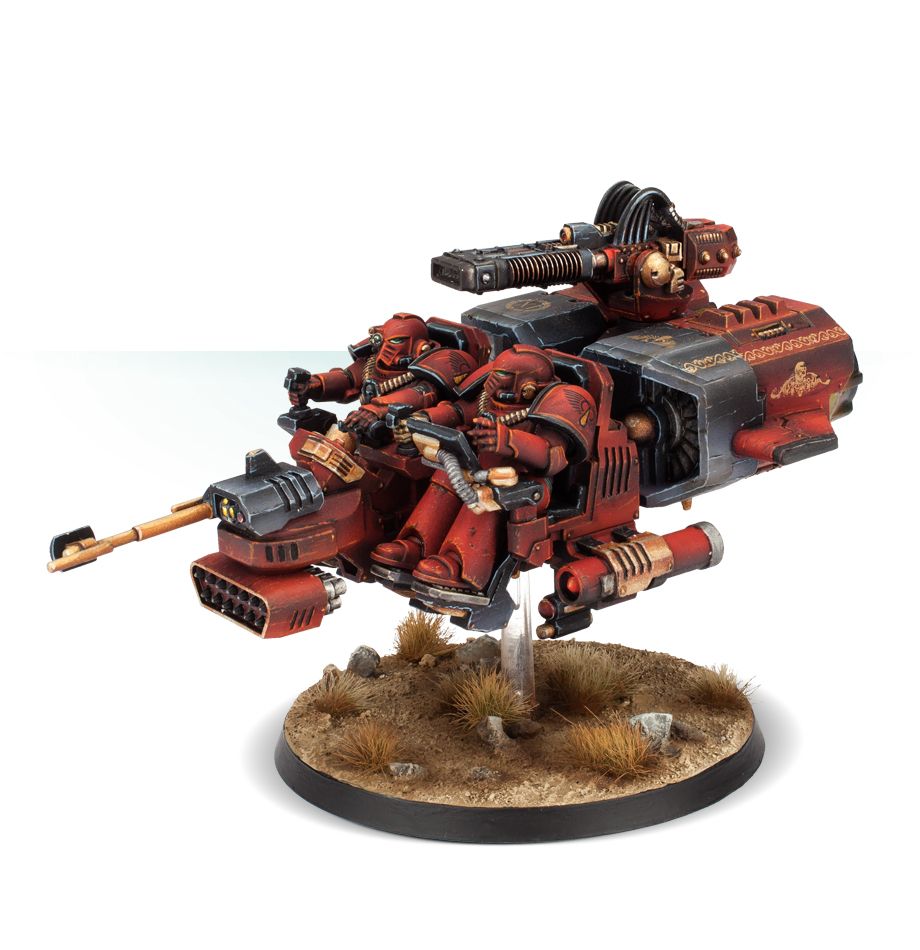 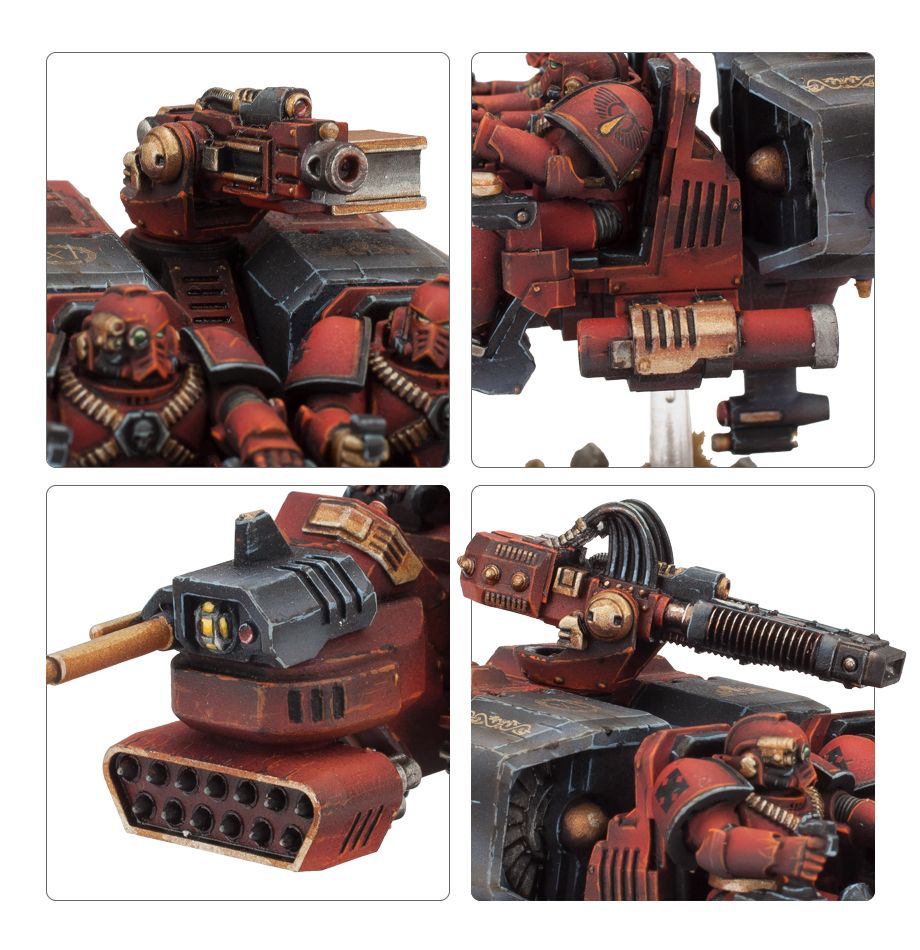 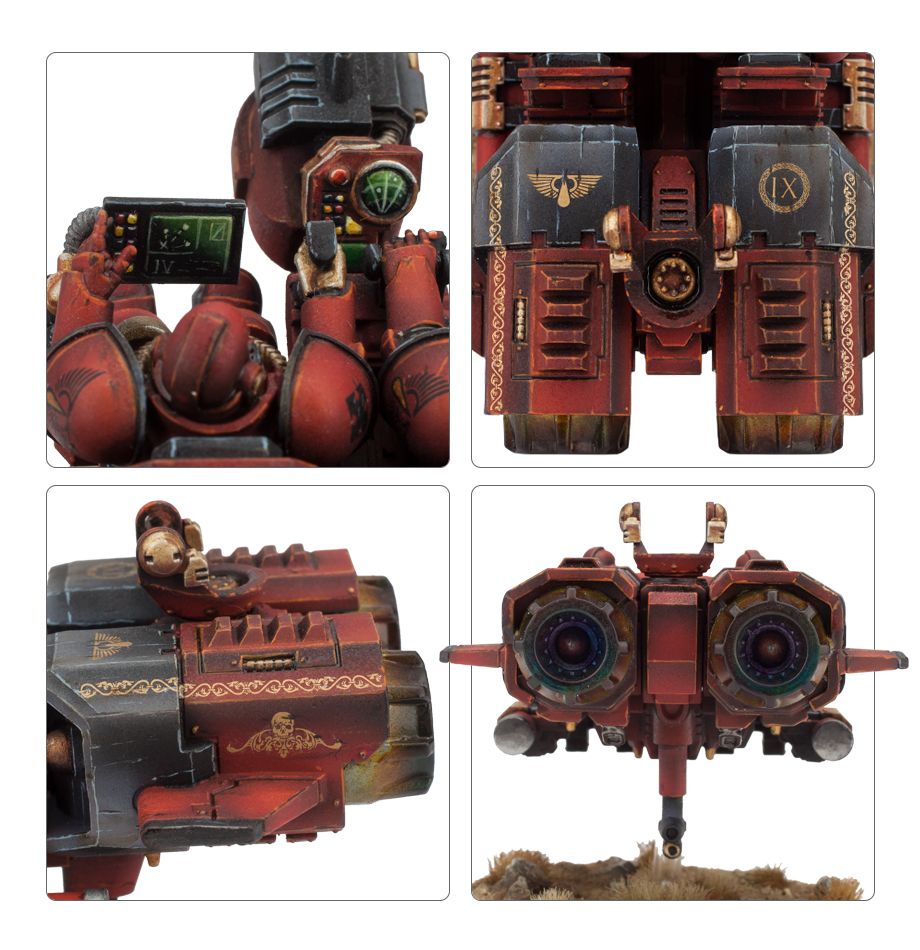 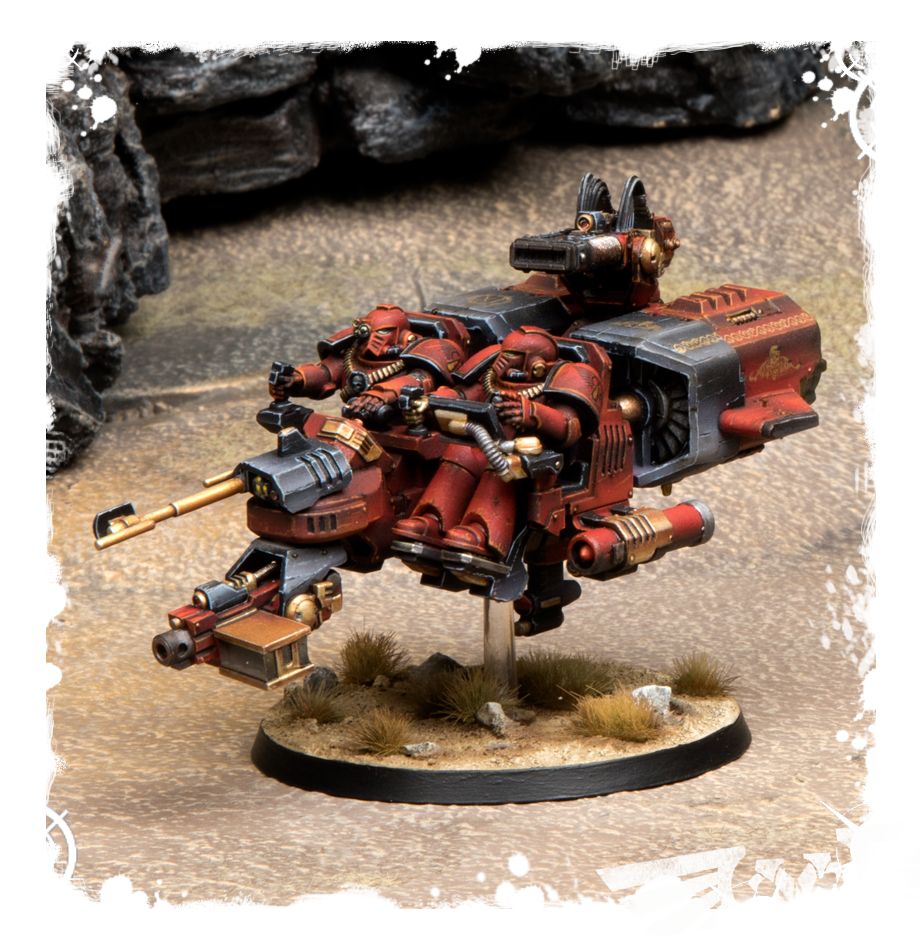 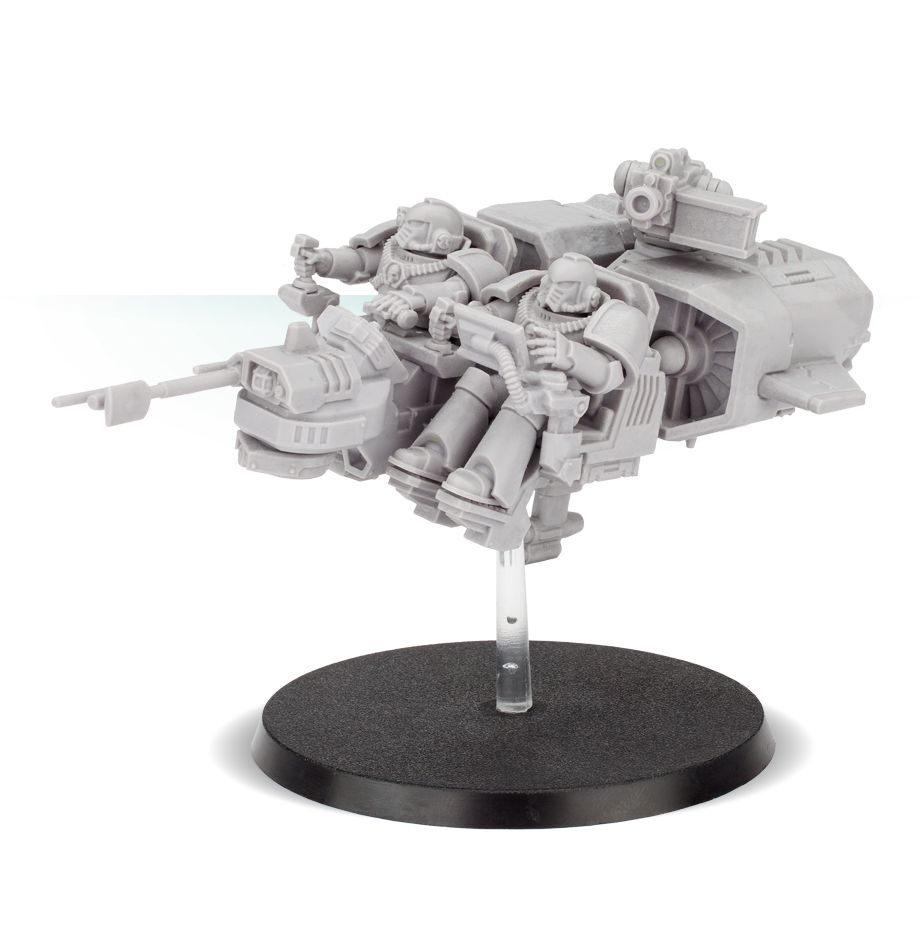 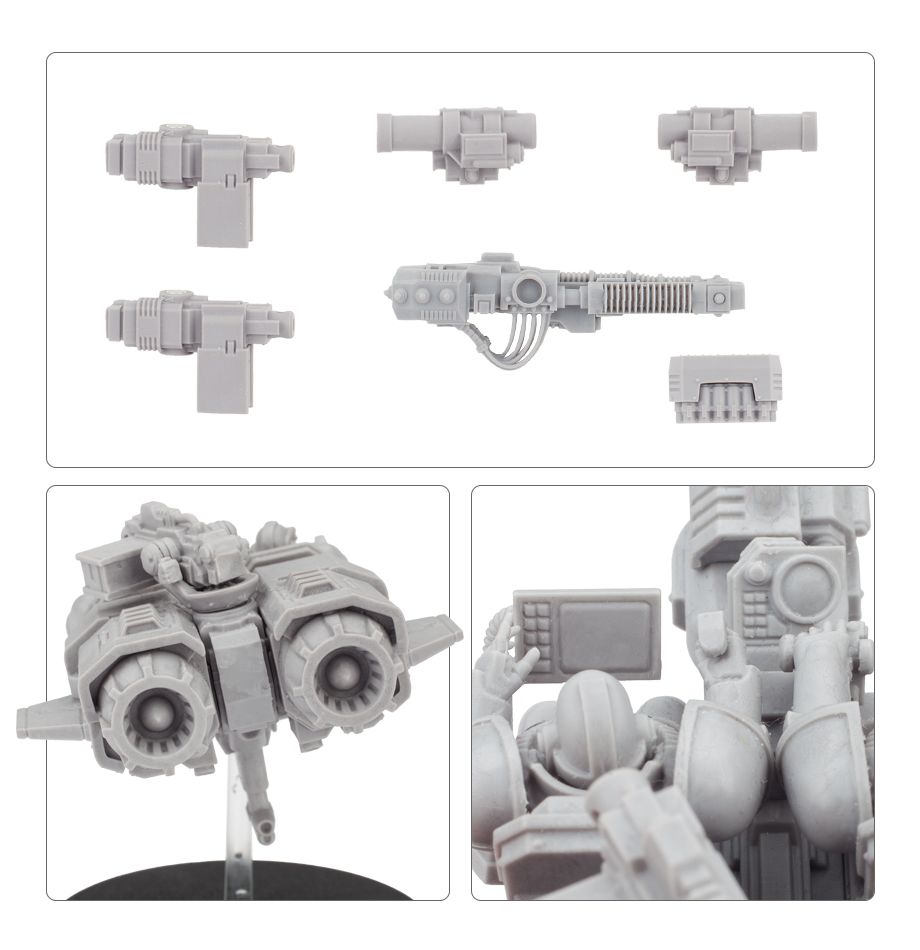 Mainstays of most Space Marine Legion armouries, Land Speeders are high-speed reconnaissance and rapid attack skimmers that utilise anti-gravity technology to achieve extraordinary battlefield mobility and speed. As lightly armoured two-man craft, they require the kind of skill and reflexes to operate at peak performance that only a Space Marine can bring to bear, and rely more on their extreme manoeuvrability and speed for survival than durability. Land Speeder squadrons provide a Space Marine force with a flexible core of rapidly deployable firepower and make for highly able tank hunters and close air support units. As a result, mixed formations of Land Speeders are often called upon to operate as a rapid reaction force, held in reserve to quickly intercept enemy counter-attacks.

This kit comes as 43 components, and is supplied with a 60mm round base. Rules can be found in The Horus Heresy - Legiones Astartes: Age of Darkness Army List.