PERTURABO, PRIMARCH OF THE IRON WARRIORS 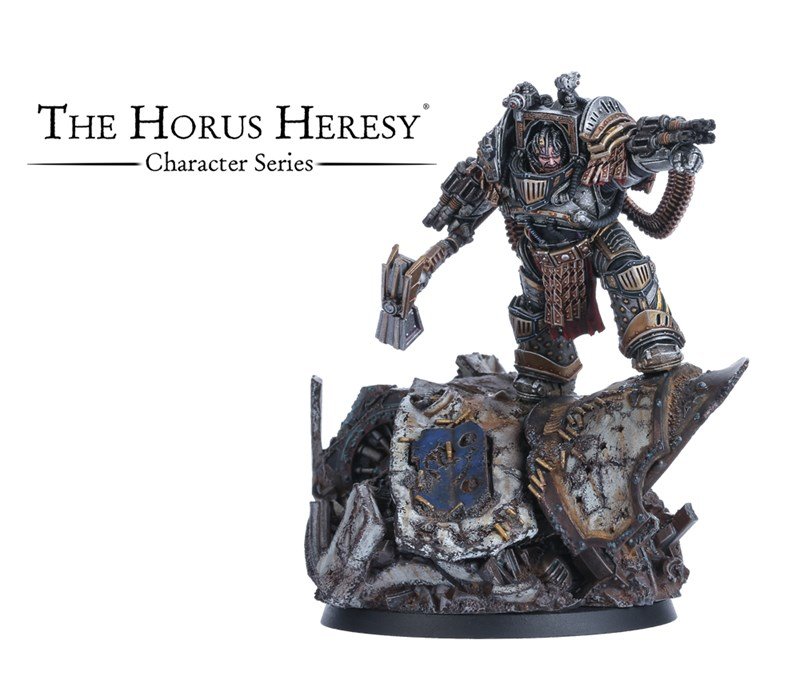 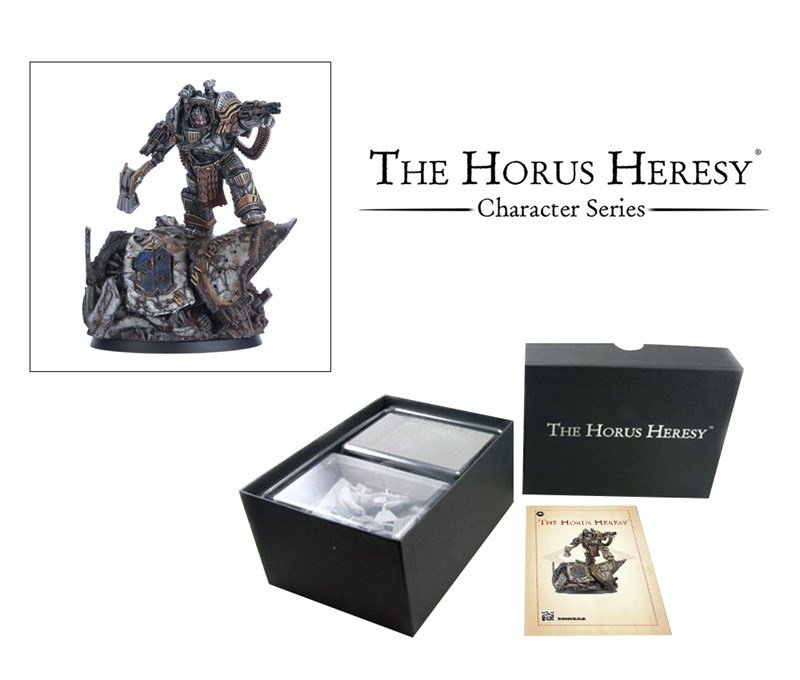 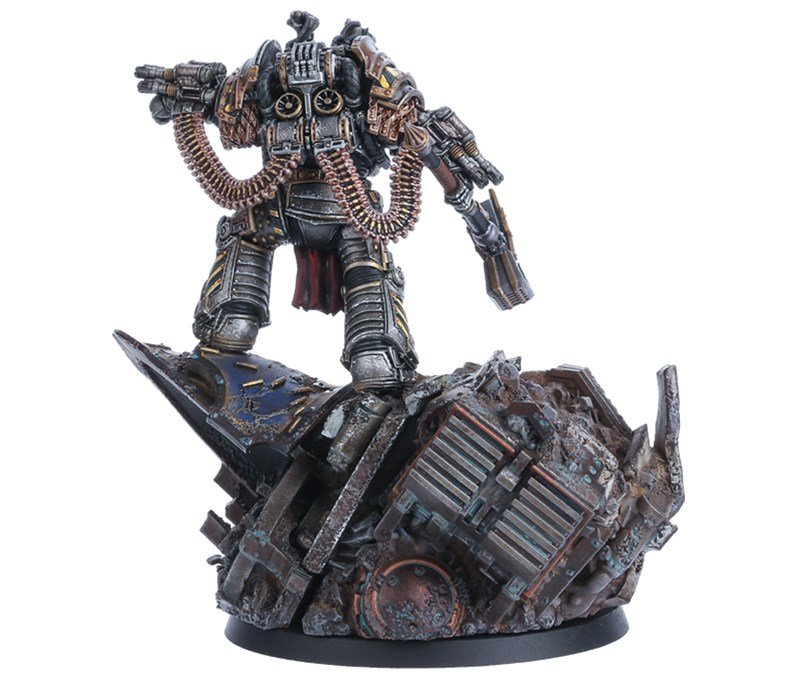 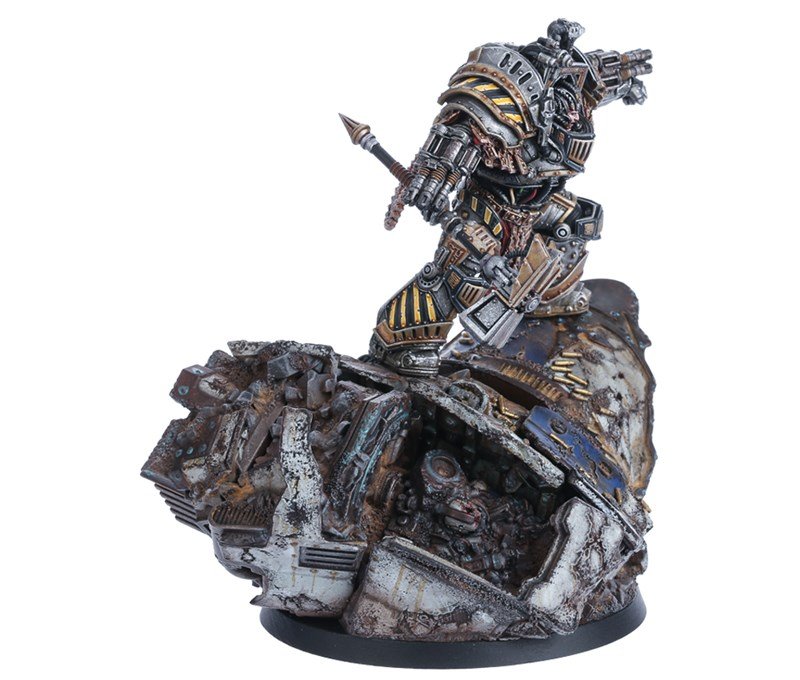 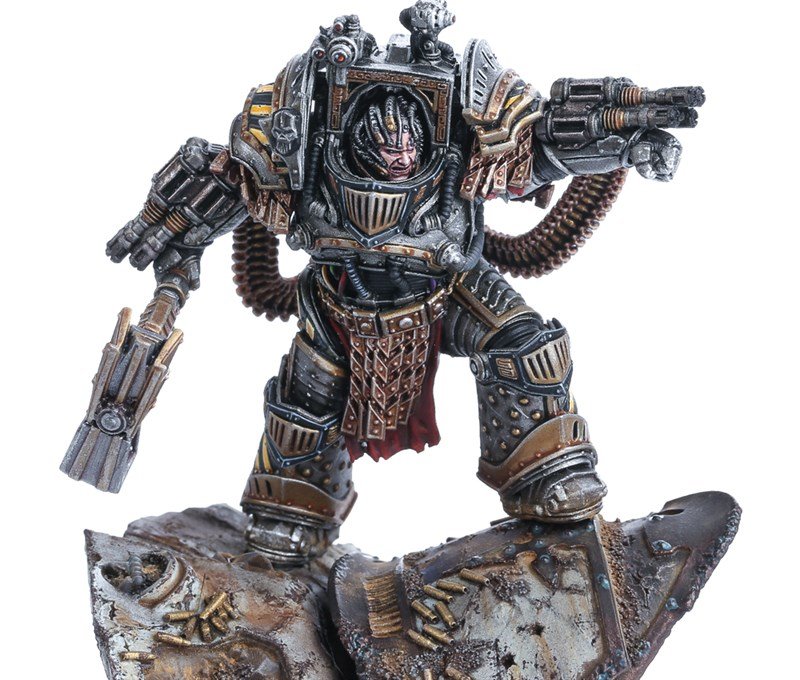 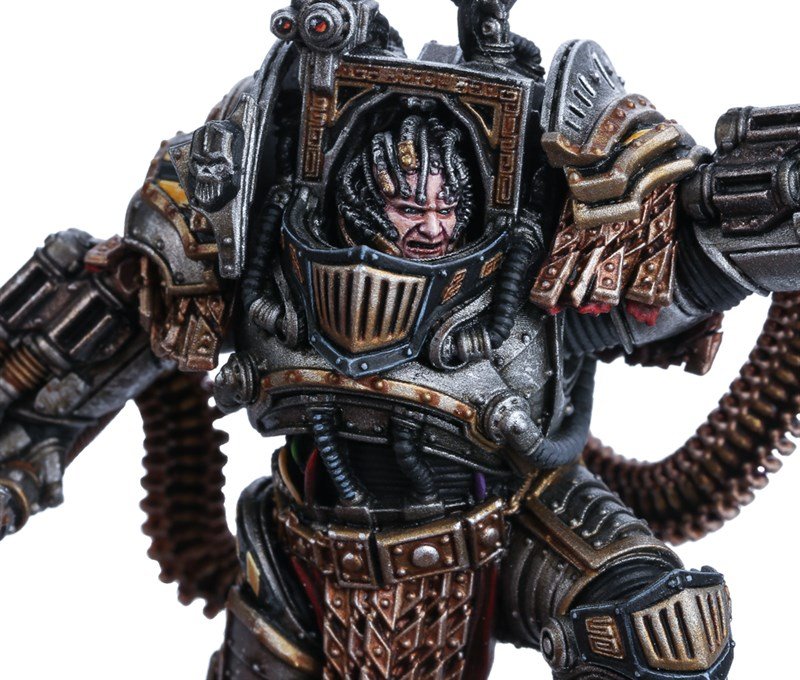 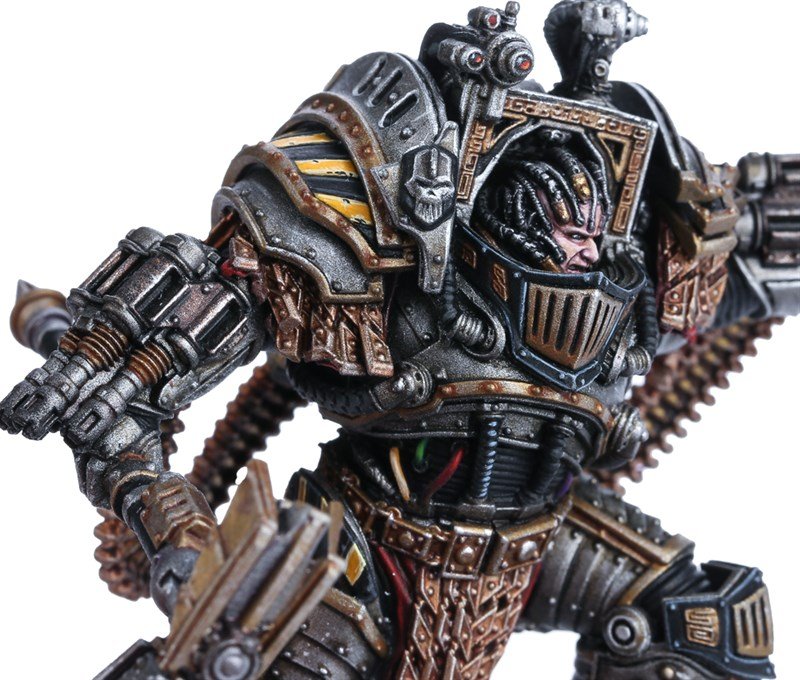 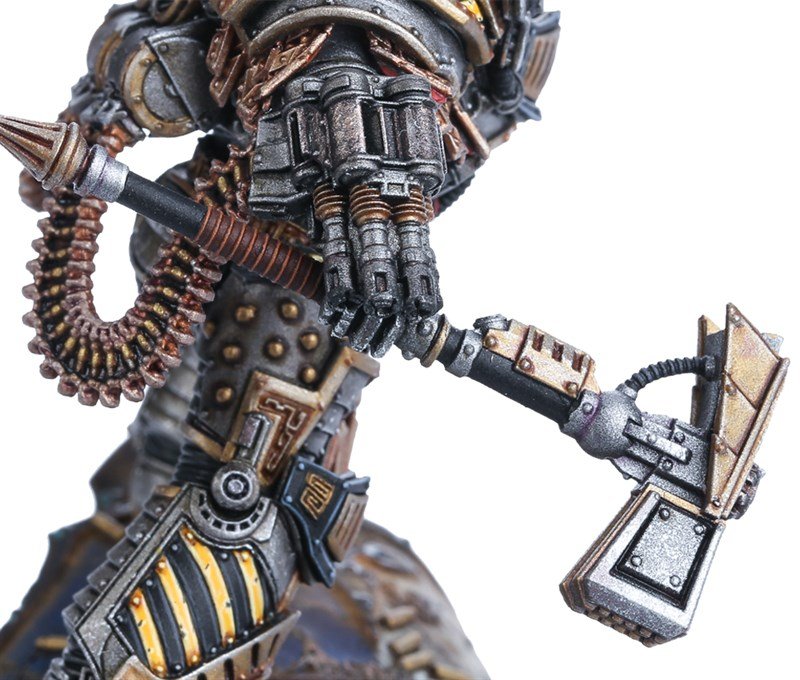 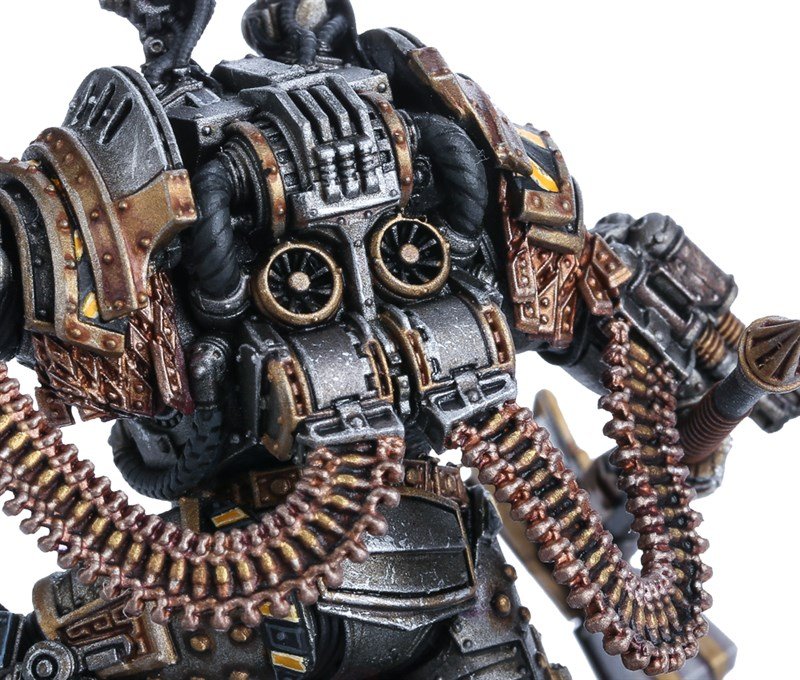 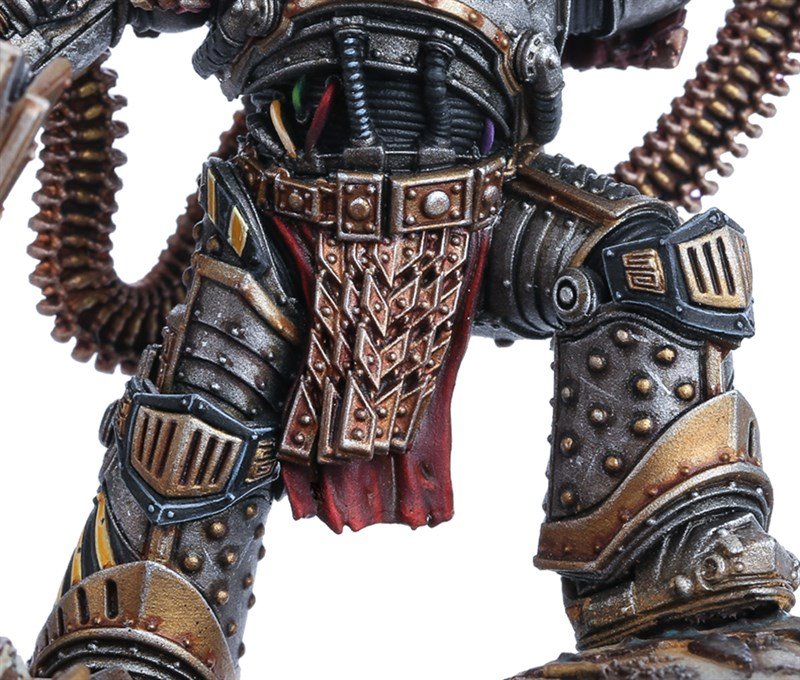 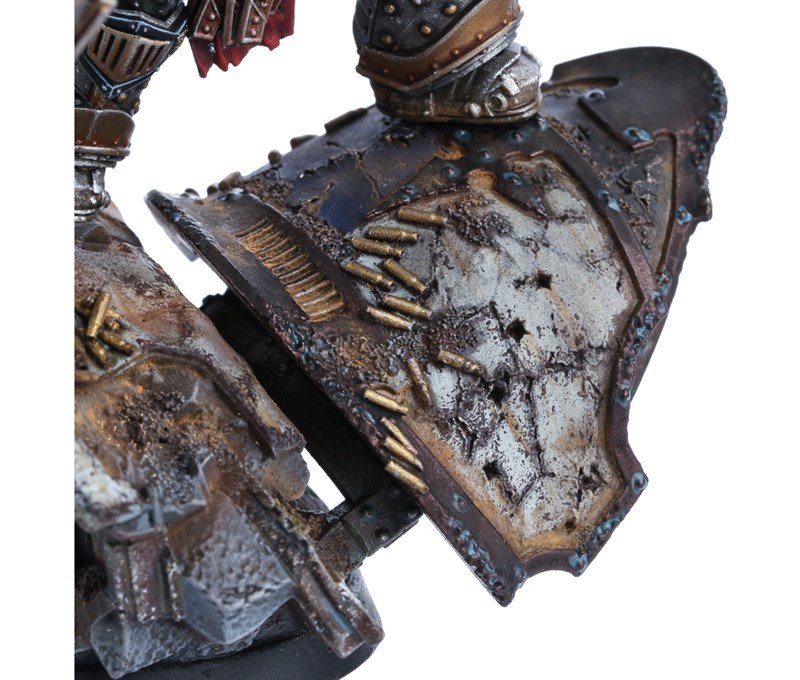 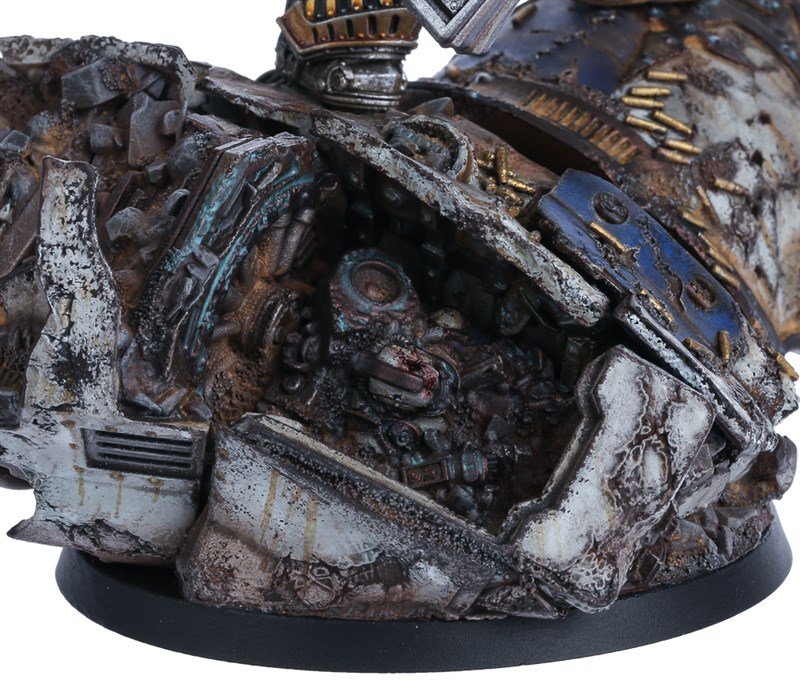 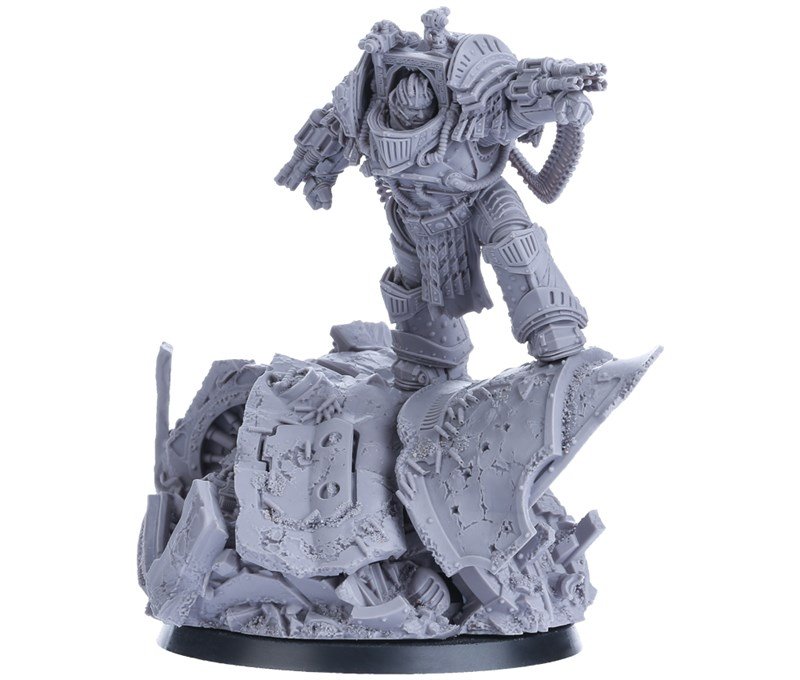 Master of the Iron Warriors Legion, the Primarch Perturabo planned warfare with exacting precision, ensuring the most expedient path to victory was taken, no matter the toll on his forces. His cold demeanour and adherence to logic won him few friends among the other sons of the Emperor, though none could deny his strategic prowess. Renowned as the master of siege breaking, the Lord of Iron was also a skilled combatant. His personal armour, the Logos, incorporated sophisticated technologies and weapon systems, including a teleport homer, cortex controller and a wrist-mounted cannon of Perturabo’s own devising, which had a level of raw destructive firepower far in excess of its class. After Ferrus Manus’ death on Isstvan V, Perturabo also wielded his brother’s hammer, Forgebreaker, brutally adapted for his own use. Perturabo, Primarch of the Iron Warriors, is part of the Horus Heresy Character Series. His unique armour is incredibly detailed and includes ammo feeds for his wrist-mounted cannon, as well as the markings of his Legion. Two right hands are included in this kit with the options of a clenched fist or the thunder-hammer Forgebreaker. Perturabo is provided with a 40mm gaming base and a 60mm scenic base that depicts the ruined chassis of a Cerastus Knight. Rules for using Perturabo, Primarch of the Iron Warriors, in Horus Heresy games can be found in The Horus Heresy Book Three – Extermination.