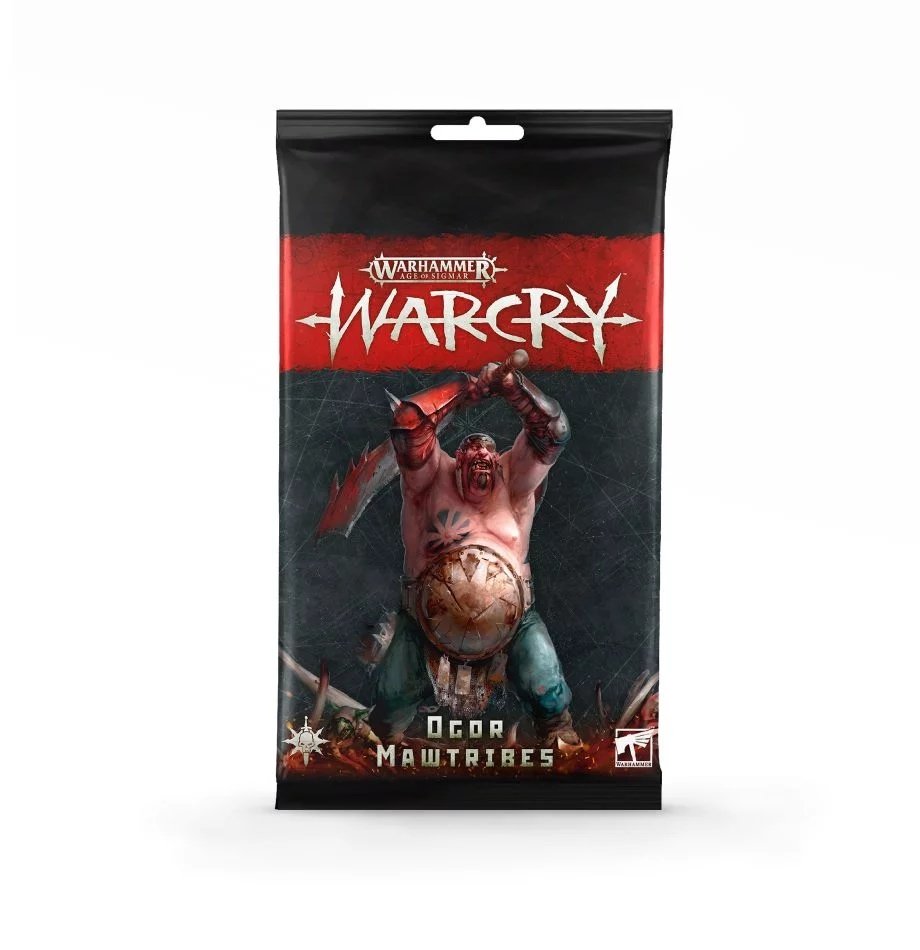 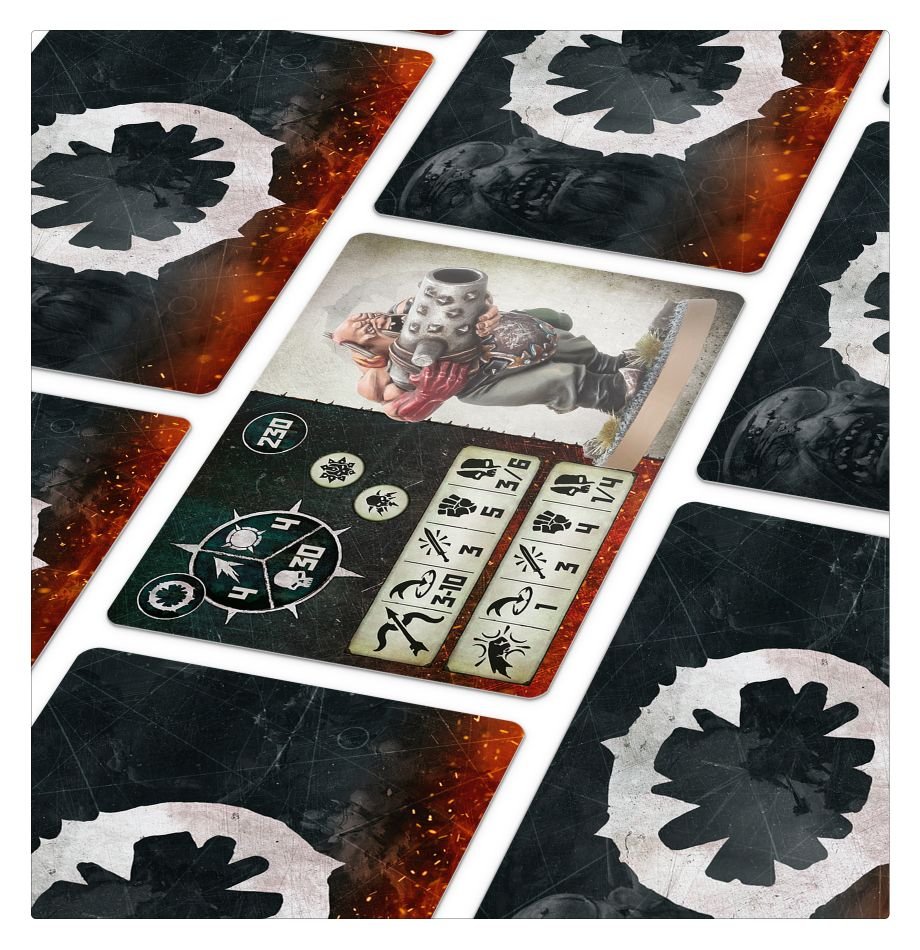 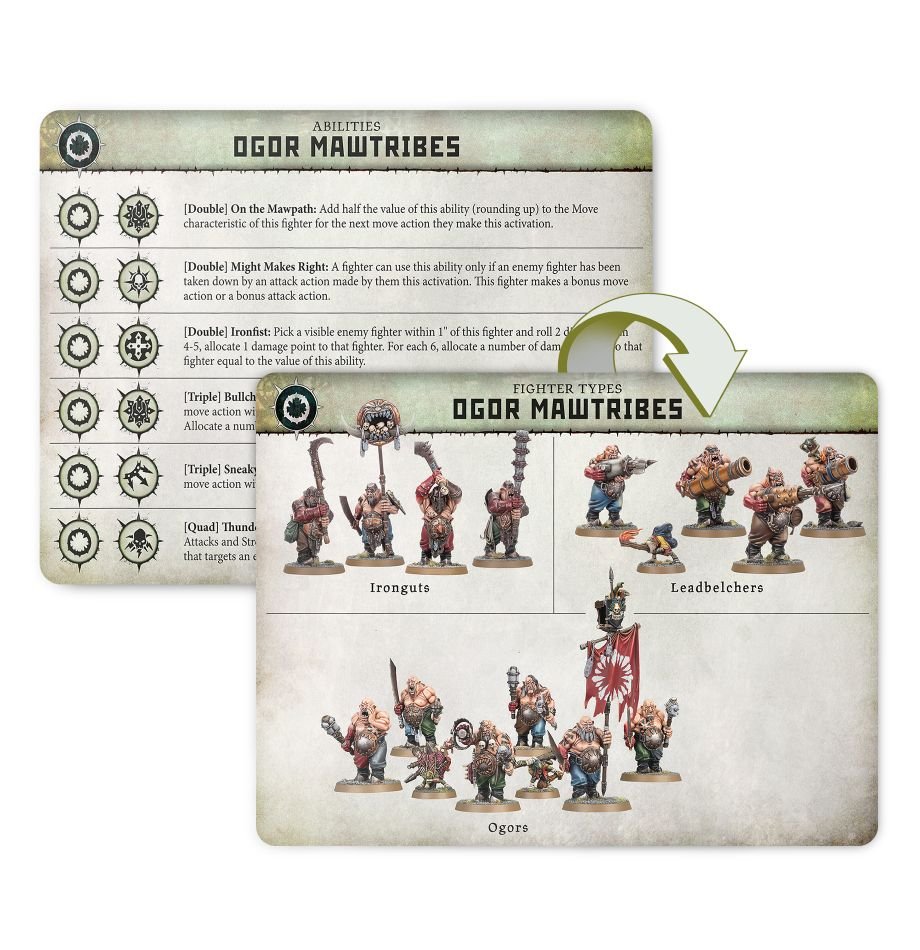 Ogors can always be described as either eating or hungry. Worshipping Gorkamorka in his aspect as the Gulping God, they are on a mission to consume everything they can. From the ravening Gutbusters to the winter-touched Beastclaw Raiders, all ogors are united by their desire to gorge themselves. The only thing an ogor enjoys almost as much as eating is a good fight, and the Eightpoints provide opportunity for both of these things in abundance. More and more warbands of ogors have been making their way to this interstitial realm, to the misfortune of everyone who crosses their path.

Chow down on the competition and devour the denizens the Bloodwind Spoil with this Ogor Mawtribes Card Pack! This set allows you to master the gluttonous Gutbusters (and their diminutive Gnoblar chums) in your games of Warcry. Offering one of the game’s most elite warbands, they're great if you're looking for a force made up of only a few fighters, this is a great choice.This set contains:- A faction ability card, allowing you to harness tactics, tricks and abilities unique to this warband, including the runemarks you need to use them. The reverse allows you to identify the fighters in your warband. The set contains a faction abilities card in each of the following languages: English, French, German, Italian, Spanish, Chinese, Japanese, and Russian.- Fighter cards for 8 types of fighter, including Gluttons, Ironguts, Leadbelchers and Gnoblars, with a variety of options.

- 2x divider cards, used to keep track of any tokens that apply to fighters in games