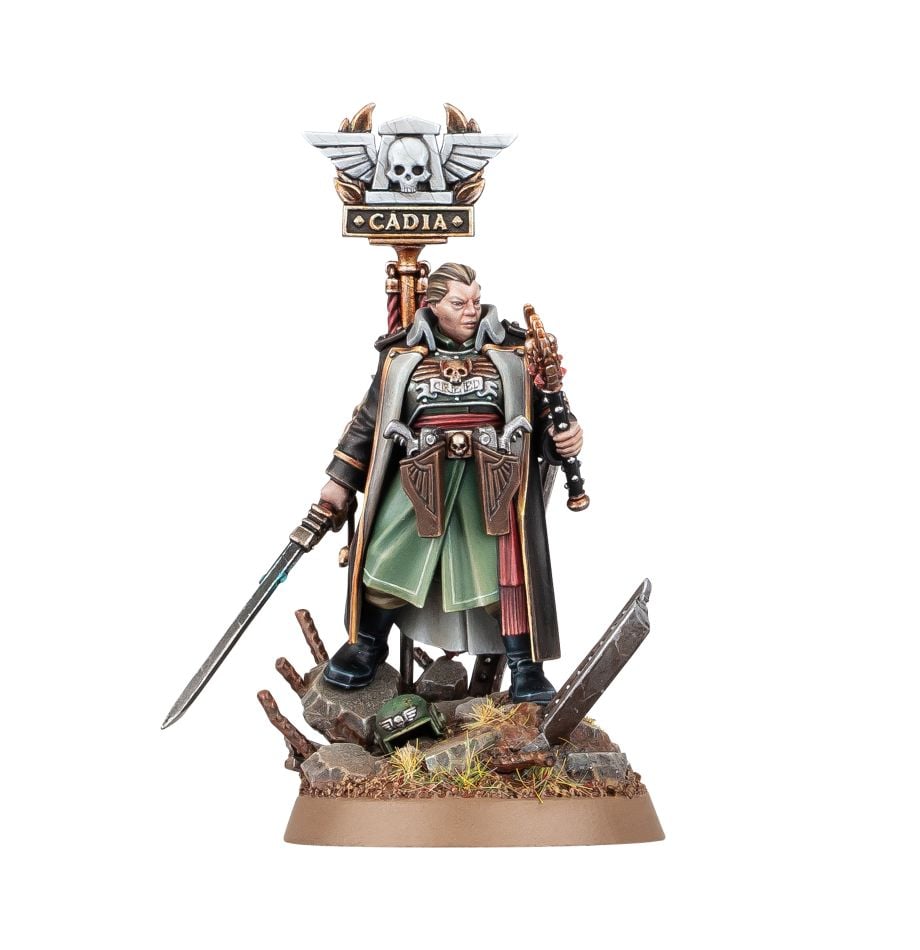 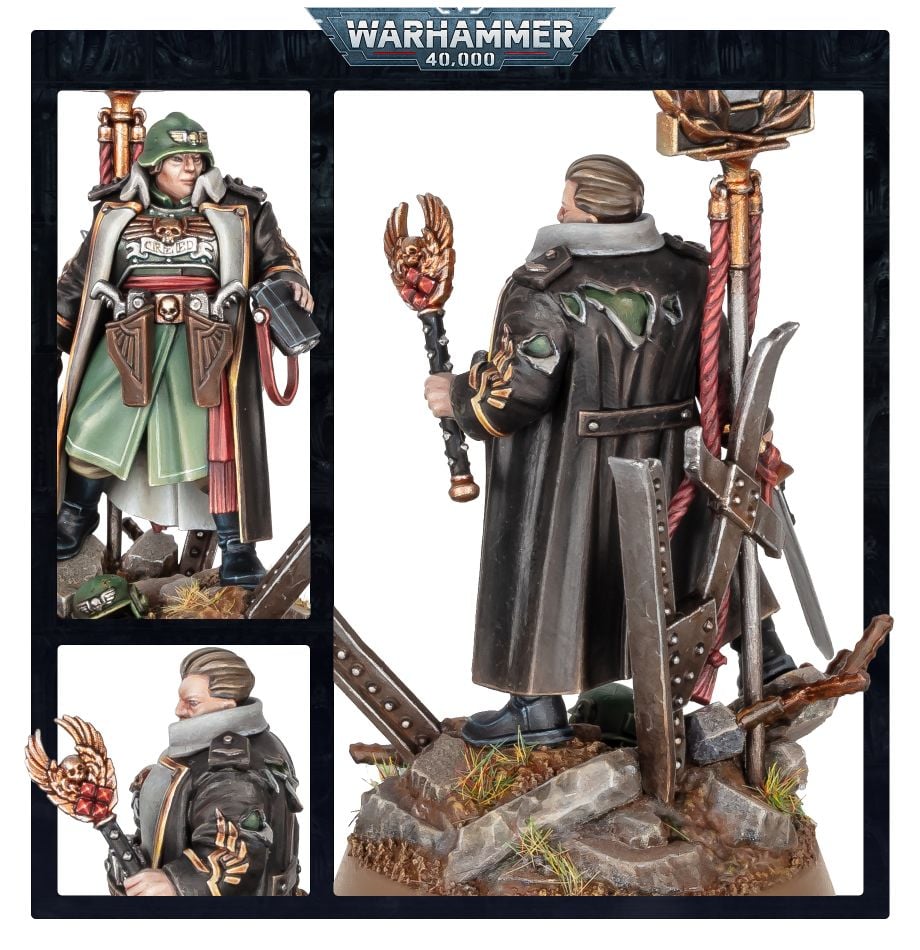 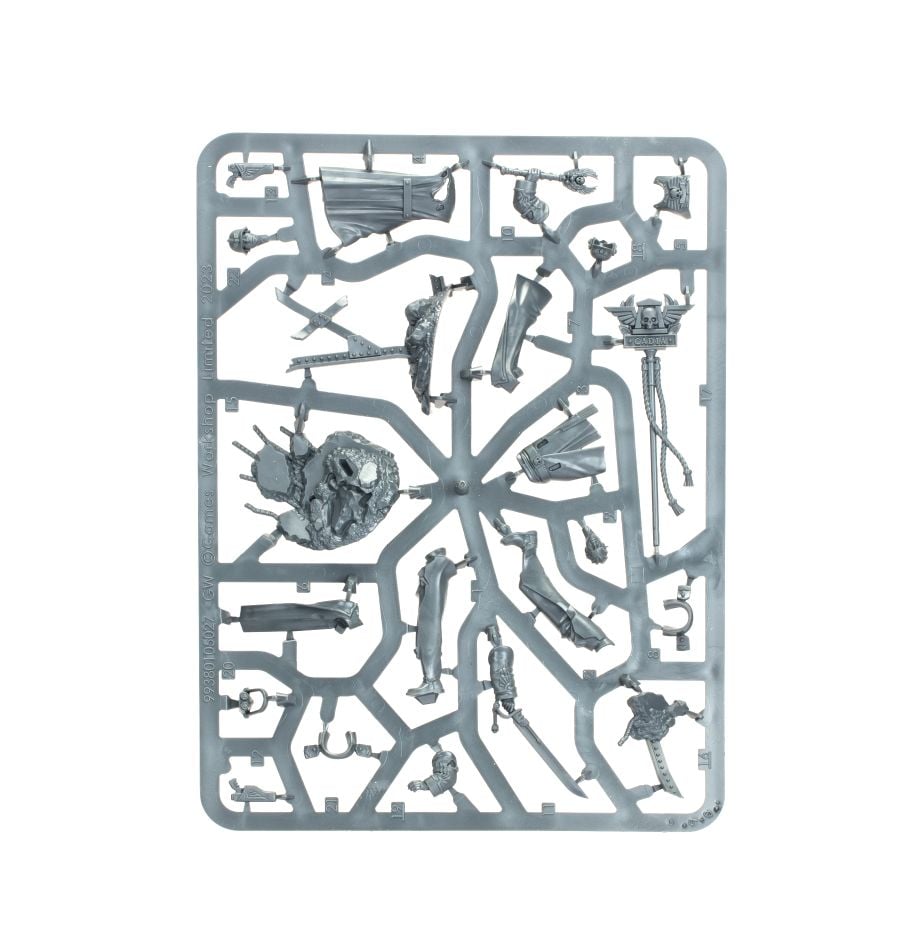 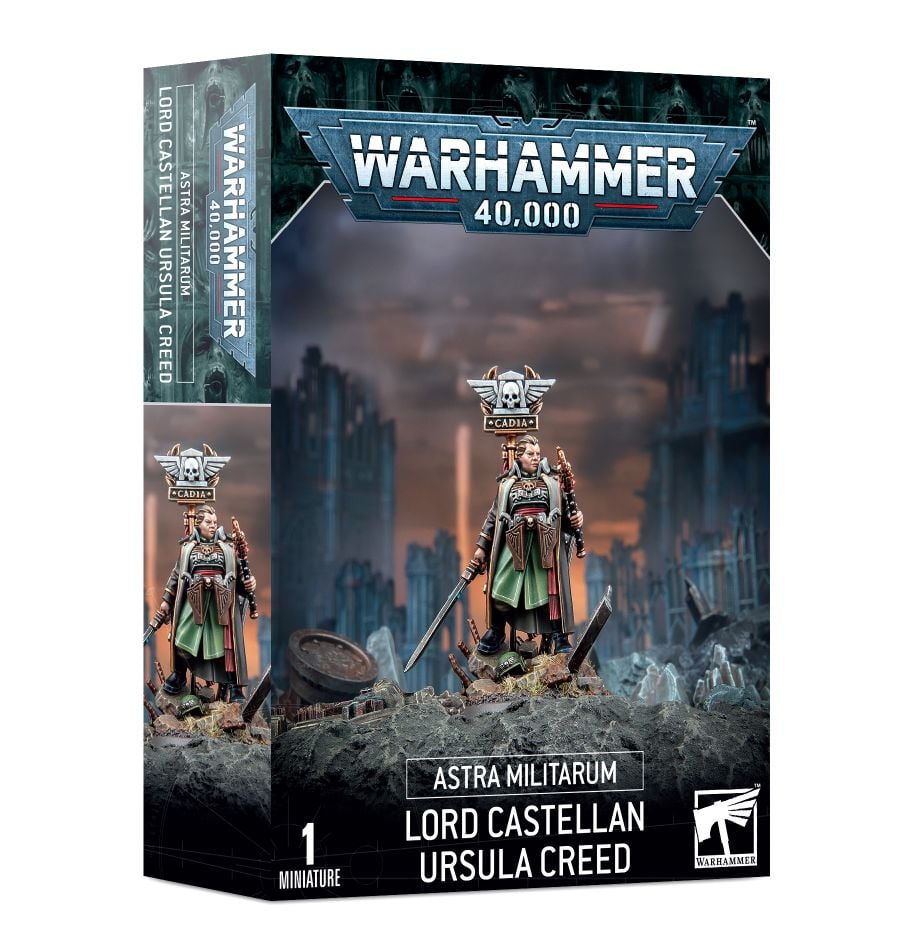 Ursula Creed is the Lord Castellan of Cadia – and though the planet itself may no longer exist, the post and her duty remain firmly intact. She is a forbidding and implacable strategist, the heir to the legendary general who fell with his world, and a living symbol of the enduring indomitability shown by Cadia’s armies. Ursula Creed’s superior generalship, forged over long years, has seen her lead Imperial armies to numerous victories against the enemies that threaten the Imperium.

This kit builds Lord Castellan Ursula Creed, an indomitable commandant of the Astra Militarum. Stood atop the rubble of a ruined Imperial world, Ursula strikes an imposing figure with her father's iconic greatcoat slung over her shoulders, an icon of Cadia raised behind her. Twin relic pistols, Duty and Vengeance, are strapped about her waist, and she wields an unsheathed power sword in one hand. In the other, she carries either a pair of magnoculars for surveying the battlefield, or a bejewelled sceptre of her high office. The kit also includes a choice of two heads – one helmeted, and the other bare. Ursula Creed is not only the highest ranking officer of Cadia, but a potent symbol of courage and tenacity, and an ideal centrepiece for any Cadian collection.

This kit comprises 22 plastic components and is supplied with 1x Citadel 32mm Round Base. This miniature is supplied unpainted and requires assembly – we recommend using Citadel Plastic Glue and Citadel Colour paints.