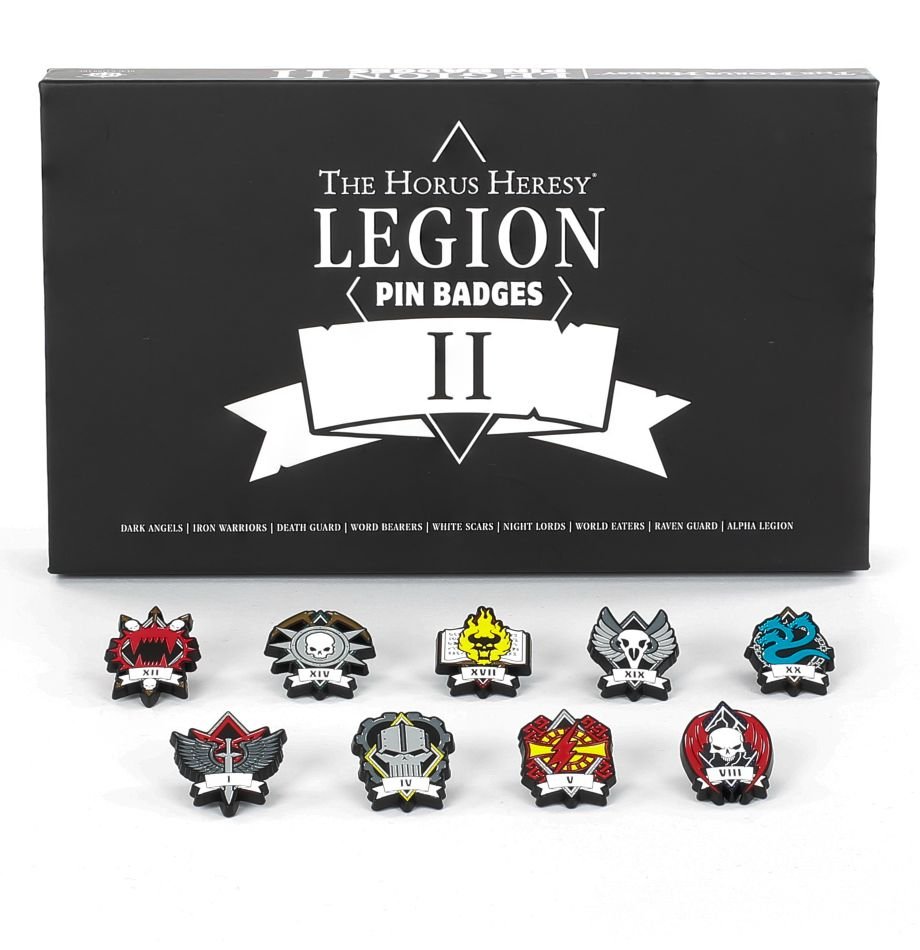 The Space Marine Legions were the backbone of the Great Crusade. Created by the Emperor Himself and led into battle by the demigod primarchs, they are the ultimate warriors, and mankind's greatest hope for a future of peace among the stars.

With this set of nine enamel pin badges, you can show your allegiance to fully half of the Space Marine Legions, with a mix of loyalists and traitors included. Each one features the icon of one of the following Legions: